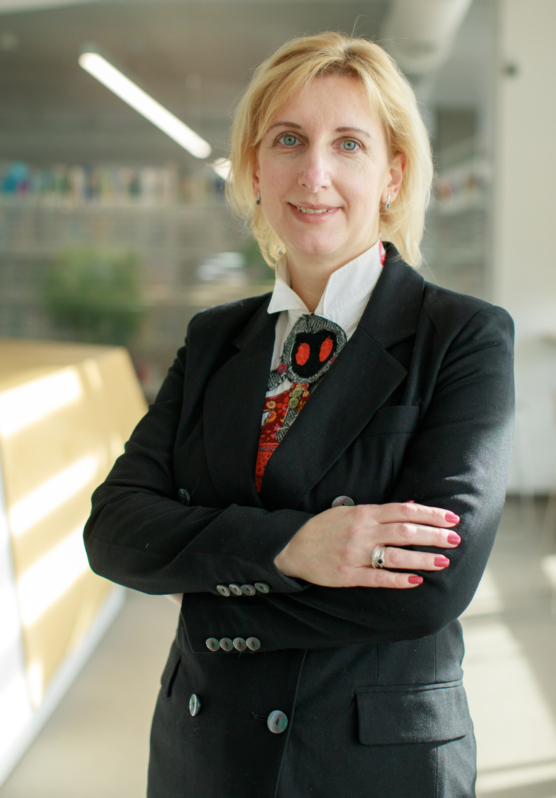 Vice-Rector for implementation of UCU strategy

Sophiaearned a degree at Ivan Franko National University in Lviv in International Economic Relations. Then she defended a candidate’s dissertation in management and the development of human capital. She participated in programs for training managerial staff at the University of Michigan Business School (USA), IEDC (Slovenia), China Europe International Business School (CEIBS), Wharton Business School (USA), Hong Kong University of Science and Technology (HKUST), and interned at the company Inno Space (Denmark) and at the Warsaw School of Economics (Poland). Sophia Opatska is the founder and curator of the project Global Shapers in Lviv and is also a member of the Supervisory Board of Promprylad.Renovation.

In 2001-2004, she worked as the director of the MBA program of the Lviv Institute of Management.

From 2004 to 2007, she was the director of the MBA program at the Kyiv-Mohyla Business School (kmbs) and took part in developing and launching the Presidents’ MBA at kmbs.

In 2007, she worked on creating a system for the education and development of workers at OJSC Galnaftogas.
In January 2008, she became Dean and Founder of UCU’s Lviv Business School (LvBS) and heads it to the present.