The new academic year at the Ukrainian Catholic University will start with the culmination of the university’s seven-year Comprehensive Campaign. From 9 to 14 September, events will take place at UCU which residents and guests of the city will be able to attend. The Celebration Week program includes a concert at the Opera Theater, a pilgrimage to spiritual centers of Halychyna, a series of lectures and discussions, the conference TEDxUCU, and a meeting with graduates of the Lviv Theological Academy, UCU, and the UCU Lviv Business School. The week begins with the consecration and opening of the Metropolitan Andrey Sheptytsky Center.

“Our September celebration days are days of gratitude to God, the Church, the entire Ukrainian community and non-Ukrainian friends of UCU for the great blessings which have poured forth onto the university over the last seven years. With the systematic support of tens of thousands of benefactors, the university has doubled the number of programs and students, tripled the number of buildings, and played a role in the processes of transforming Ukrainian society, in particular, during the Revolution of Dignity and for higher education. On the facade of UCU in Rome, Patriarch Josyf Slipyj decided to write: ‘Love of learning will gather in those scattered.’ We are ‘a gathering of the scattered’ and will experience this during the celebrations. We’re pleased that representatives of the wide Friends of UCU network (20 cities of the world have Friends of UCU committees) will come to our celebrations from various parts of Ukraine and many countries and continents,” explains UCU President Bishop Borys Gudziak.

As part of the ceremonies, there will be a festive banquet of gratitude with the participation of UGCC Patriarch Sviatoslav Shevchuk and members of the Synod of Bishops, and benefactors and friends of UCU from the whole world. The honored speaker will be the Mayor of Wrocław, Poland, Rafał Dutkiewicz. 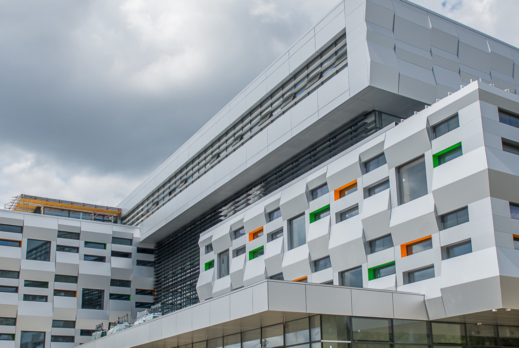 10 September begins with a Pontifical Liturgy. This will be followed by the order of consecration and the opening of the Metropolitan Sheptytsky Center. The main benefactors of this center, James Temerty and his wife, Louise, will be special guests. Also, on the premises guests will be able to visit an interactive exhibit dedicated to Metropolitan Andrey Sheptytsky.

The ceremonial event “Here God’s Blessings Flow,” a production of noted director Serhii Proskurnia,  will be held at the Opera Theater the evening of 10 September. Taking part in the staged event will be noted groups like the Pikardiiska Tertsia, Komu Vnyz, the Telniuk Sisters, Lviv’s Dudaryk State Academic Men’s Choir, and others. The author of the texts is Mariana Savka. During the event, the entire history of the Kyivan Church will be presented to the viewer: from the Baptism of Kyivan Rus to today, and each person present will be able to feel a part of the 1000-year history of our Church.

On 11 and 12 September, the organizers will allow guests to feel like students of the university, spending time in classrooms with professors. “We are preparing a series of public events: lectures, discussions, master-classes. We invite guests to choose interesting topics from the list, the best way to feel the university ‘from inside,’” says UCU’s Vice-Rector for Communication and Development, Natalia Klymovska.

On 13 September, UCU’s celebrations coincide with the start of the academic year, which at UCU happens on the first day of the church’s liturgical year, the Indict. One of the important elements of the celebrations is the ceremony of awarding scholarships to students from various faculties.

During these days we will also symbolically celebrate 25 years of UCU in Ukraine. For in September 1992, with the blessing of His Beatitude Myroslav Ivan Lubachivsky, the first session of the group involved with the revival of the Theological Academy in Lviv and the transfer of UCU from Rome to Ukraine was held. And this is the symbolic start of UCU, which only after 10 years was finally inaugurated as a university. We are very grateful to Cardinal Lubachivsky of blessed memory for his initiative and constant and clear support.

“These celebrations are also a time for deeper reflection. Completing the first quarter of a century of development in Ukraine, after the university’s fast trajectory of recent years, it is important to secure the beginnings of the initiative, to preserve its Christian undertakings and the quality of all its programs. An understanding of our history is necessary for new teachers and students, who during the time of the celebration will have an opportunity to better understand the path we’ve taken, our pilgrimage together. This path was winding but, at the same time, sacramental and full of miracles. It shows that in Ukraine good deeds are possible and that civil society, people of good will who trust in the Lord, even without the particular support of the government, can do very much,” Bishop Borys is convinced.

A detailed program of events is available at: https://week.ucu.edu.ua/en/

Participation in the public events of 11-13 September is free of charge. But registration is requested. Representatives of the media need to be accredited. Media registration will be open soon.