At the end of last year, UCU Strategy 2025 “A University That Serves” was presented to the UCU community. The background for the announcement of the university’s new development strategy was reflection on separate conclusions and lessons from implementing Strategy 2020 “A New Generation for a New Ukraine.” The majority of the goals of that strategy were fully implemented, but some results exceeded expected indicators. Of course, there were goals which did not reach the maximum. But it’s important that, in the last five years, the university has grown in the understanding of how to plan its development and set priorities in order to maximally approach the expected results. Consequently, if the previous strategy contained 38 strategic goals, Strategy 2025 has 10.

How to achieve even higher quality in teaching and research; how to foster an education which will have the power to influence the world around; how to develop sacrificial social ministry, synergy in the cooperation of the UGCC and UCU; how to present the figure and heritage of Metropolitan Andrey Sheptytsky in today’s discussion; and also, how to build an entrepreneurial and innovative university – this is an incomplete list of the most important questions that UCU will address in the next five years. 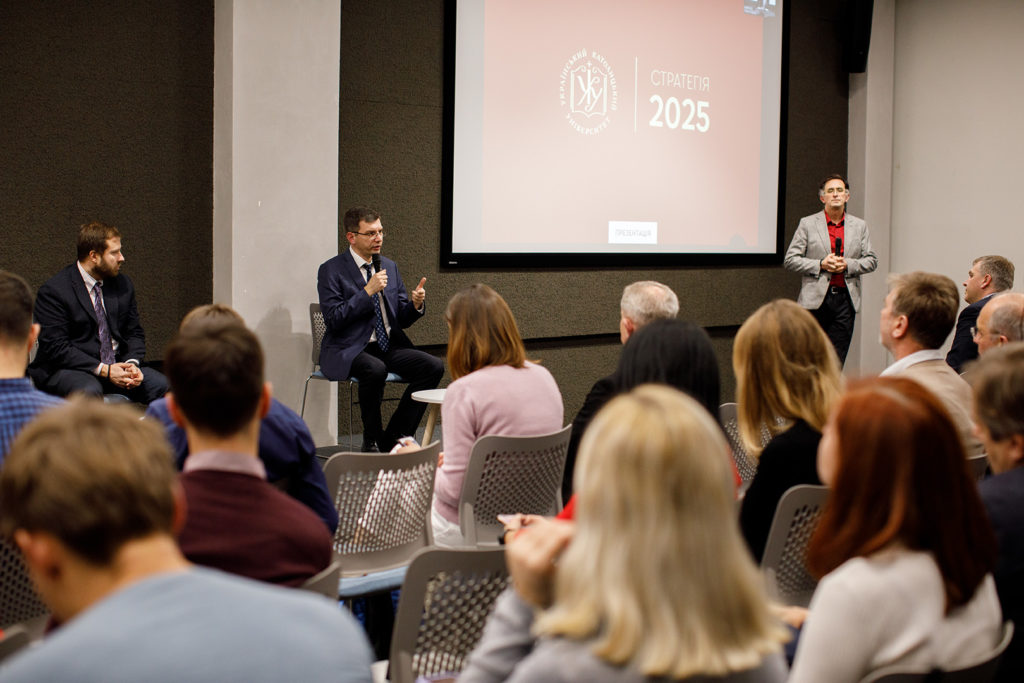 The presentation of Strategy 2025 to the UCU community started with prayer and an introduction by Father Rector Bohdan Prach: “Today we will again hear in more detail about the new strategy, and I want to note that it is the result of the work of a great part of our community. More than 250 people in various ways and formats were involved in developing it over a period of a year and a half.

“In response to what is happening in our country or the world we, like it or not, often err: in our thoughts, weaknesses, or desires. To dream about the future and, correspondingly, to plan for it is a gratifying task. It should be strongly rooted in the mission of our university. So, with the new strategy we will continue the path of our long-established path, service,” said Father Rector. “The motto of Strategy 2025, ‘A University That Serves,’ means that we strive to turn our service into a movement in which the whole university community will participate,” added Fr. Bohdan Prach. 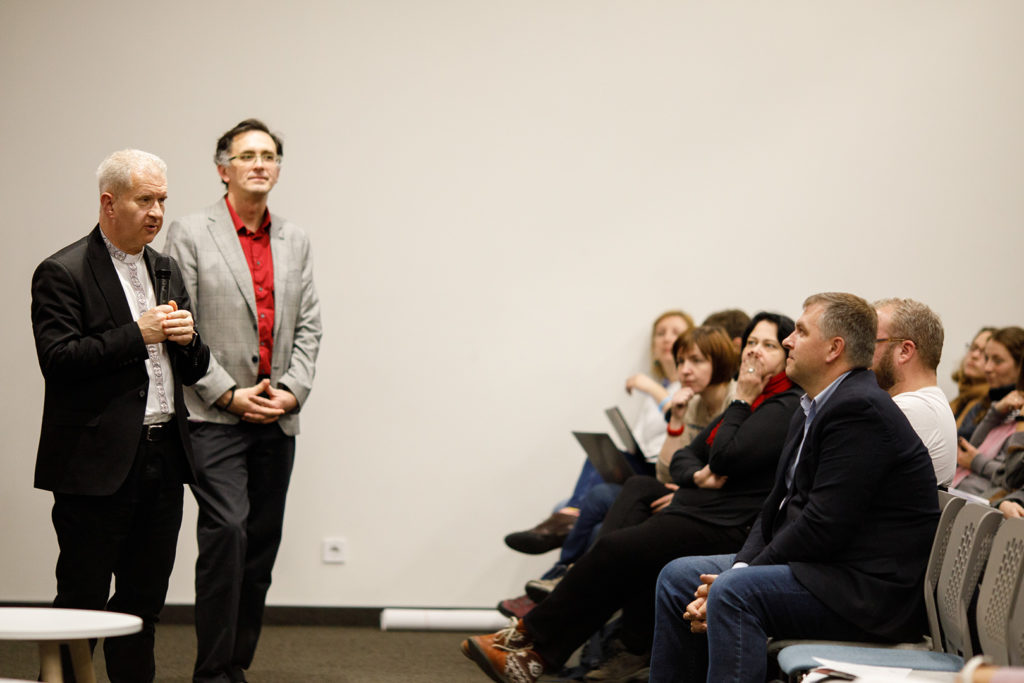 UCU’s Vice-Rector for Administrative and Financial Affairs, Lyubomyr Tarnovskyy, spoke of the successes and lessons of the previous strategy: “The previous strategy was a strategy of growth: We were a small university which had ambitions to grow. So we spoke about scale and, in general, set quantitative goals: increasing the number of students, growing the number of programs, increasing the number of square meters of infrastructure. We achieved the majority of indicators, quantitative and qualitative, and we even exceeded some, including admitting the country’s best high school graduates to study at UCU. But in developing the new strategy, we took a different approach, for we decided to focus on 10 main goals, and to measure the success of their realization, not only by quantitative changes inside UCU but by the influence of executing the strategy both on our community and also on the outside world, in which and for which the university operates. We still need to learn how to assess our activities in terms of influence on a wider environment, to determine with appropriate metrics, and to collect the most expressive data for such an assessment.”

According to Vision 2025, UCU plans to become a university:

Senior Vice-Rector Taras Dobko spoke in more detail about the 10 main goals that follow from this vision of a university for 2025 and the indicators by which the effectiveness and success of the new strategy will be measured. 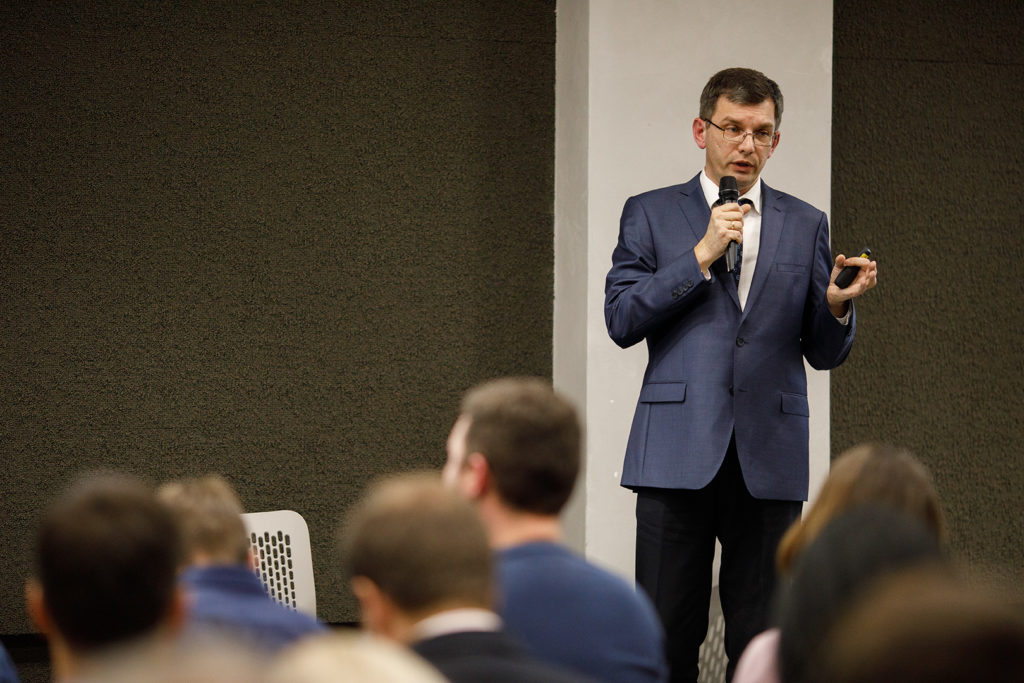 He began his speech by comparing UCU with a juggler who has to balance various tasks and interests and so must master the ability to combine various tasks and, thanks to this synthesis, to move forward. “It is a very responsible matter to think about the future, even more so when before us stands the question of how to be relevant today and transform our Christian position into a life-giving, interesting, and understandable proposal, how to respond best to the social needs and challenges that face Ukrainian society and today’s world, how to be a small university with big influence, how to remain entrepreneurial and innovative but, at the same time, structured.” 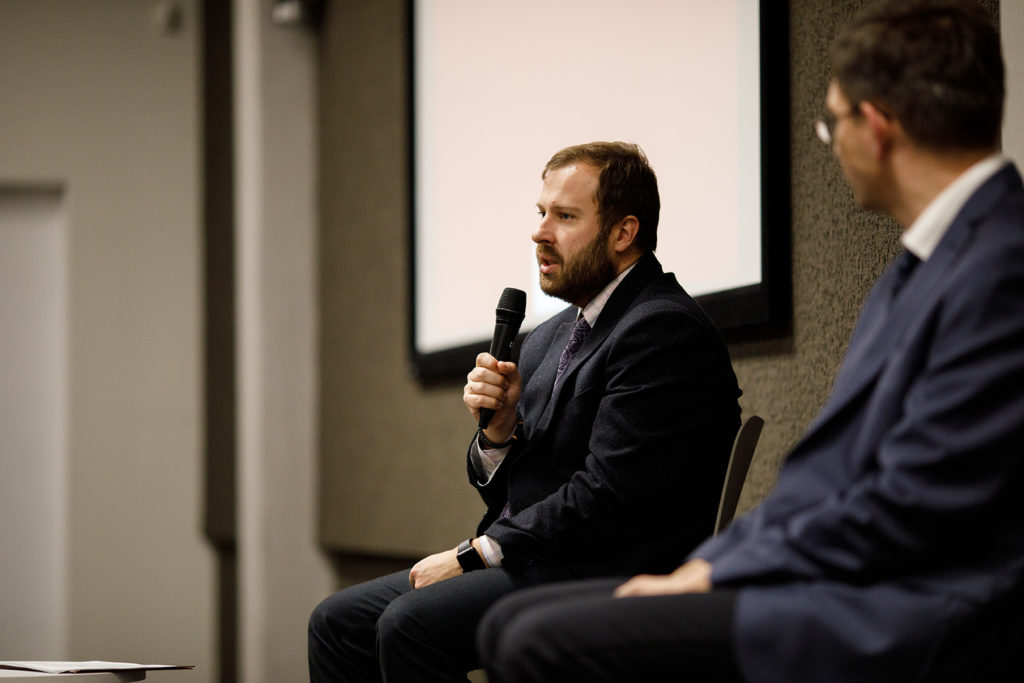 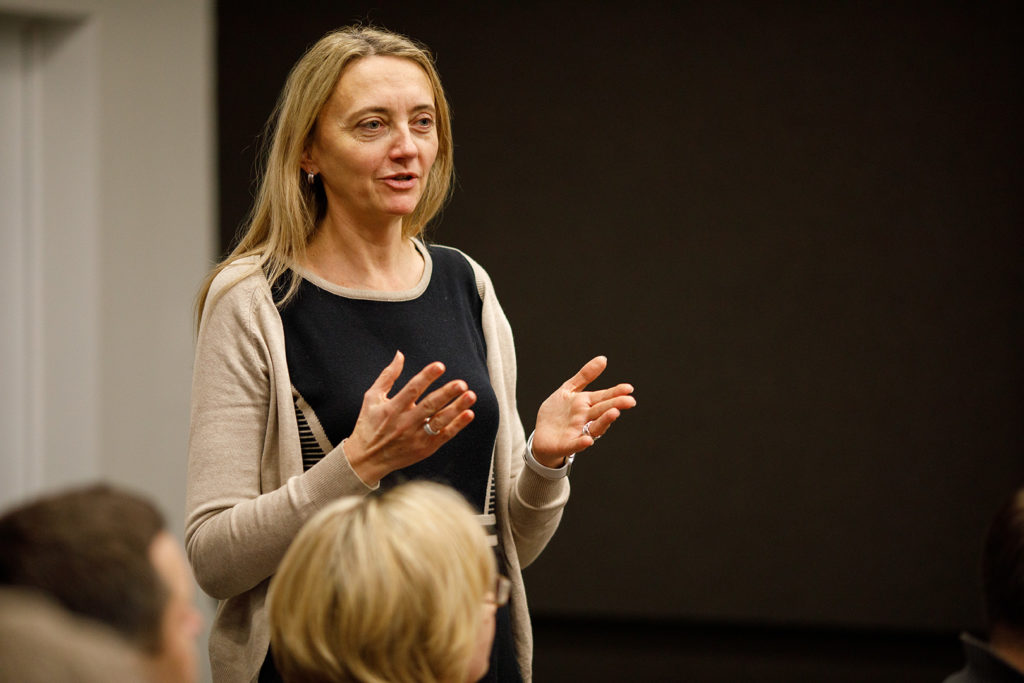 Among the main goals for these five years, the Senior Vice-Rector mentioned:

Andrey Sheptytsky in the world’s consciousness

“There is no better way to maintain and deepen UCU’s Christian identity than to enter into dialogue with Metropolitan Andrey. The figure and legacy of Andrey Sheptytsky should become the tuning fork and language in which the UCU community strives to speak about God, the human being, and the world.”

“The introduction of a unique ‘world-view core’ program, aiming at the integrated development of the young person, will creatively join professionalism and a mature ethical stance, internal motivation, and knowing how to build one’s life on Christian values.”

The best teachers for the best students

“Teaching has meaning! Good teaching and maximal attention to the student’s educational experience and improving it should become a strategic priority for UCU, not only in Ukraine but in Europe.

“We will encourage more experiments in current programs, offer interdisciplinary trajectories through elective courses and certificate programs, create more opportunities for individual educational trajectories, foster the integration of students of various majors, build solidarity among faculties, and create an ecosystem of advancement, promotion, and award for excellent teaching.”

“As the main method of implementing UCU’s model of ‘education through research,’ the university will form a number of educational schools around UCU research professors, where there is the most possible added value on the international level. The priority will be research that joins, through scholarly inquiry, scholar and student in common service to the truth about the human being, the world, and God.”

“A volunteer movement is forming at UCU that involves the whole community – students, teachers, staff, Rector’s Office, senators, graduates, benefactors, friends, and partners.” You can read more (in the Ukrainian language) HERE about introducing the model of socially-oriented education, which corresponds to this goal.

UCU for the UGCC and the UGCC for UCU: Synergy in service

The university should become “a cultural laboratory where the Church executes an active re-conceptualizing of reality,” in the light of Christ’s Gospel. The UGCC, as a global church, and UCU, as a global university, support and strengthen one another and serve one another.

More details (in the Ukrainian language) about these and other strategic goals of UCU for the next five years can be found HERE. 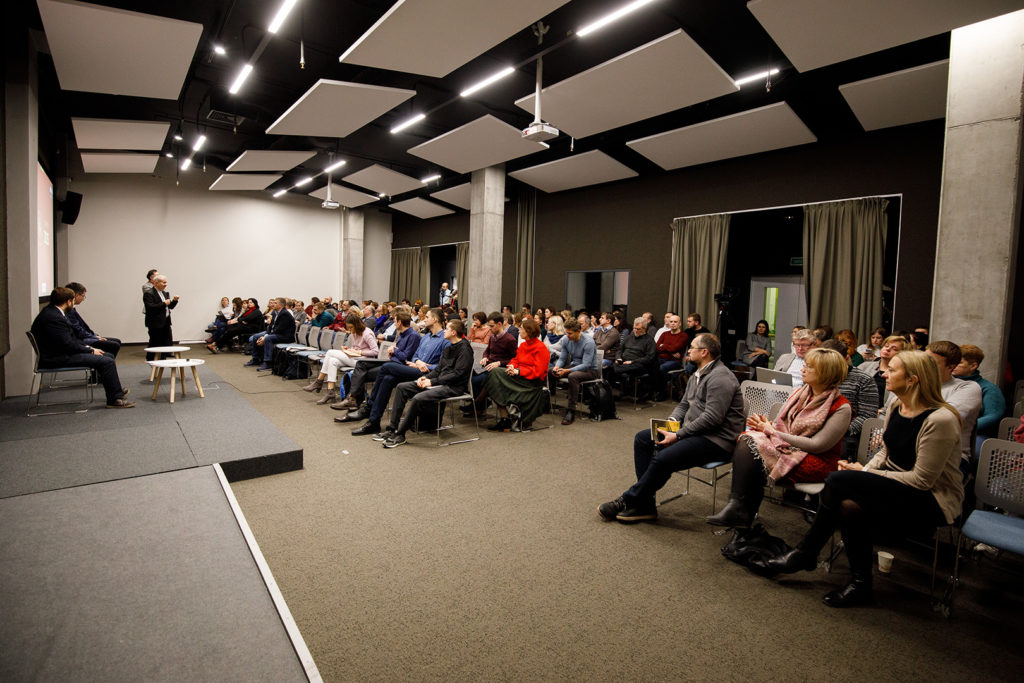 “The second point is UCU’s theological context, which pierces all areas of the university’s activities and integrates them,” she continued. “It foresees UCU’s cooperation with leading Catholic universities of the world and the Church, introducing a theological perspective into scholarly discussion. It emphasizes the importance of introducing the Church’s social teaching. This is the source of the idea of service and will demand sacrifices,” added Olesia Kuka.

Fr. Yuriy Shchurko, newly-appointed dean of the UCU Faculty of Theology and Philosophy, confirmed that the new strategy is, in his opinion, “an attempt, in view of today’s new expectations and challenges, to give the best responses, in the UCU tradition.” You can find out more about Fr. Shchurko’s plans and goals (in the Ukrainian language) HERE.

“We are proceeding from an awareness that academic excellence was and remains one of our founding principles. But UCU does not have the right to be an ‘ivory tower.’ The university needs to influence society, work together with it, and respond to its needs. Strategy 2025 is a road map which will lead us to the implementation of a new vision and confirm our mission,” Taras Dobko summed up.