On 29 April, the Ukrainian Catholic University conducted an online webinar “Andrey Sheptytsky: A count who became a priest.” The relevance of Metropolitan Andrey Sheptytsky for Ukraine and Europe in the 21st century was discussed. The event was organized by the Ukrainian Institute London. 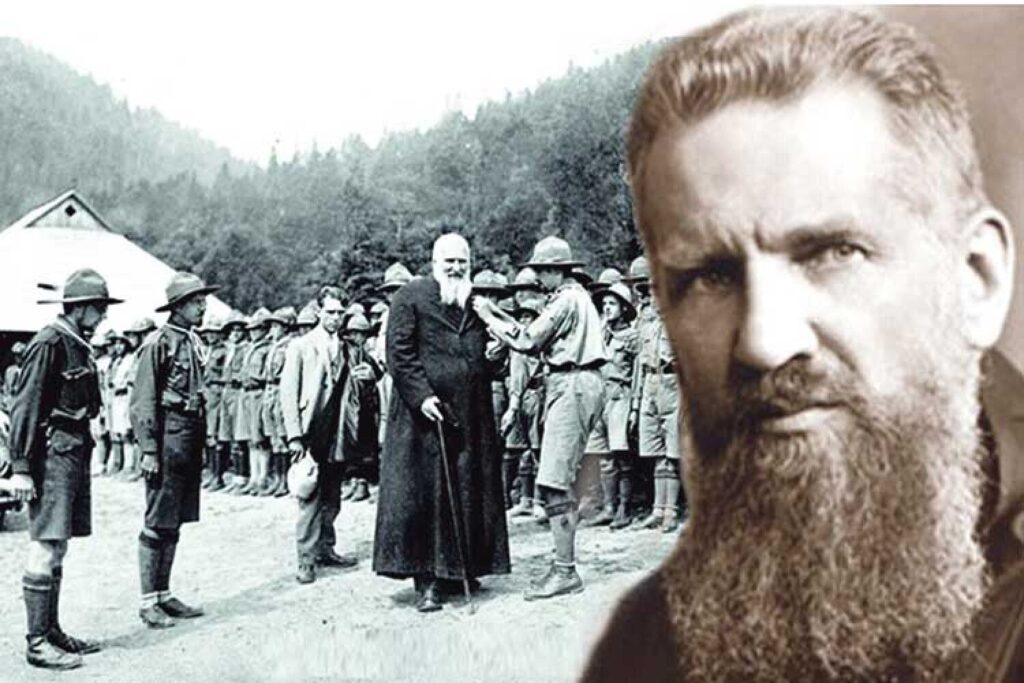 According to the organizers the story of Metropolitan Andrey Sheptytsky’s  is extraordinary: a count from a wealthy Ruthenian-Polish family, he chose to become a Ukrainian Catholic priest. “He believed in the economic independence of his community, contributed to the opening of Ukrainian cooperatives, and co-founded the Land Mortgage Bank. He was a patron of the arts, a promoter of education, and a supporter of ecumenism. During the Second World War, he saved Jewish lives. Recent years have seen a renewed interest in Andrey Sheptytsky, but his story continues to be underexplored” it is said in the announcement of the webinar.

“Andrey Sheptytsky in the world’s consciousness” is one of the strategic goals of UCU 2025.

The following were speakers at the webinar about Metropolitan Andrey’s achievements and ministry: Nataliia Popovych,  entrepreneur, international communications expert, civic activist, the founder of One Philosophy Group, and co-founder and board member of Ukraine Crisis Media Center (UCMC); Sophia Opatska, Vice-Rector for Academic Affairs at the Ukrainian Catholic University (UCU) and Founding Dean and Chairman of the Supervisory Board of Lviv Business School at UCU; and Pavlo Smytsnyuk, Director of the Institute of Ecumenical Studies at the Ukrainian Catholic University (UCU) in Lviv, and a Senior Lecturer at UCU’s Faculty of Theology and Philosophy.

We will give a short summary of the speakers’ thoughts.

When I am sad, I often think about the times when Metropolitan Andrey Sheptytsky lived and his challenges and accomplishments. I marvel at his ability to see the future clearly, regardless of the chaos of the events of 1865 to 1944, including the battle between Bolshevism and Nazism. During his years as bishop, he worked for the development of Ukrainians, who at that time were not a privileged nation. From his own inheritance, he gave money for education and helped entrepreneurs become self-sufficient. In addition, Sheptytsky was open to both the Eastern and Western traditions, for which he was known as the Moses of the Ukrainian people. Because of these accomplishments, I would say he became the main architect of society; he was able to unite and change people.

I myself not so long ago found out about the person of Metropolitan Andrey. It happened approximately 15 years ago. I was reading the book of Kurt Lewin, who was writing about Klymentiy Sheptytsky, the metropolitan’s brother. Kurt Lewin was a Jewish child whom Klymentiy Sheptytsky hid during the war. Later he became a famous businessman in the USA. He wrote the story of how he managed to survive. So I learned not only about the metropolitan but about his whole family.

Perhaps one of the greatest achievements of Andrey Sheptytsky was the establishment of the Greek-Catholic Theological Academy in Lviv, now UCU. And so he gradually changed Ukrainian society, orienting himself to its development, which was not possible without education. Metropolitan Andrey can still teach us practices for the organization and functioning of business. Everything that the metropolitan did in the 20th century should be studied and applied in the 21st.

I knew about Sheptytsky from my childhood, because my father and grandfather studied at the theological academy in the 1930s, when he was metropolitan. When I grew older, I started to be interested in his biography and read books and articles. The first thing worth knowing is that Sheptytsky communicated in many languages, and so belonged to many worlds. This helped him become a bridge between various nations, cultures, and traditions of the East and West. I think that when you are fluent in several languages, you better understand the world around you. The second thing that impresses me is his creativity. Sheptytsky was not only a creative pastor but also an entrepreneur, diplomat, and political leader, and knew much about art. This allowed him to cross any borders.

The Ukrainian Institute London is a centre for Ukraine-related educational and cultural activities. We work to highlight important contemporary and historical issues affecting not just Ukraine but also the wider world, facilitating public dialogue through our projects, events and online resources. The Ukrainian Institute London is a charity registered in England and Wales and is an affiliate of the Ukrainian Catholic University.

You can make a donation to the  Ukrainian Institute London here