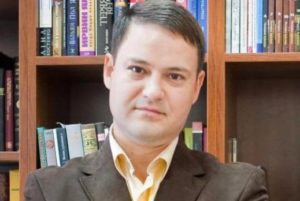 After the USSR’s collapse, liberation and democratization seemed irreversible. People especially hoped for the revival of religious freedoms and traditions, their independence from state control, and their positive influence on a new society. But recently, we have watched continual erosion of all civil and religious liberties in the interests of the Russian Orthodox Church (ROC), which enjoys unlimited support and serves as the ideological and spiritual guide for the current government of Russia. In the face of this aggressive competition for the post-Soviet space, we need more strategic and substantive analysis of this religious and political situation.

Russia is closing in because it fears change and Western influence. The major presidential candidate has positioned himself as the defender of Holy Rus and true Christianity, as well as the emperor of the “fifth empire” that has risen to replace the “Red Communist empire,” as described by Kremlin ideologist Alexander Prokhanov (Symphony of the Fifth Empire, М.: ЭКСМО, 2007). The growing trend of restricting freedom of thought and belief suspects any who are not against the West.

All unreliable organizations and individuals are labeled “foreign agents.” But what if these “agents” can help the region open up to the world? Such agents serve the world on a global level, and, therefore, each country individually. A church can be considered such a major change agent in the Eurasian cultural space. No matter what plans the Kremlin may make, the transformation of this space belongs to the church, despite or maybe even because the church is undergoing a crisis.

Why the church? Because there is no greater common force than this. Societal transformation without the church will be harmful. People in Russia and neighboring Orthodox countries express the most trust in the church. In Moldova, 77 percent of people have confidence in the Orthodox Church, and 84 percent of Belarusians identify as Orthodox. With a credibility rating of 48 percent, the ROC takes fourth place after the Russian presidency (75 percent), army (69 percent), and Federal Security Service (57 percent) [4].

This brings to mind an evangelical plea: “Lord, I believe; help my unbelief!” When people say that they “have trust,” what they mean is that they “want to have trust.” Just as Jesus’ disciples asked “To whom shall we go?”, who can we trust if not the church? In a weak civil society with no real political opposition, the church stands as the only alternative. That is why the Kremlin and ROC oppose religious missionary activities under the cover of the counterterrorist Yarovaya law.

The authorities fear such social activity, especially if it is ideologically motivated and uncompromising. It’s precisely these churches that can become agents of change in the post-Soviet space. However, this opportunity is available only to those that stay faithful to their mission, even in repressive conditions.

Renewal happens when people imagine another world. But sadly, young generations don’t know any life but the Putin era. How can they imagine other possibilities?

With no alternative in mind, they can be infected by a destructive state of mind, such as the vision of the Russian socialist version of the Internationale: “We will destroy this world of violence down to the foundations, and then we will build our new world. The one who was nothing will become everything.”

Just like 100 years ago, Russia faces a simple choice: a bloody revolution or a spiritual reformation.

In light of this choice, look at the pictures that were taken on September 16, 2017 in downtown Kiev. This was not civil unrest: hundreds of thousands of evangelical Christians and curious onlookers gathered on Thanksgiving Day. This is the Christian revolution or reformation of the spirit. This is where change begins.

We have only one chance “in the shadow of the Kremlin.” We must help the church change to unlock its transformational potential. No other institution or force can do this. Churches are agents of change and messengers of reconciliation; at the same time, they serve as prophetic voices to the governing authorities.

The church must regain its moral credibility for its missionary activities to be effective. If we don’t want Eurasia to suffer revolution and destruction, we have to do everything for the church to regain its initiative, independence, and special calling in society.

We must start with the mother church and the most conservative churches. The best way to help the Orthodox Church is to make it at least a little more evangelical, open, and truthful.

If we believe in the power of change, we need to maintain international partnerships and involve church leaders who are capable of opening new pages in the history of Eurasia—pages of renewal and reconciliation, awakening and transformation.

Let them be called “foreign agents” in Russia. We know better—these are global agents of good changes. In a time of division and conflict, only the universal force of the church can transcend borders by building bridges, bringing people together, and freeing them from historical doom.

EDITOR’S NOTE: This blog post is adapted from a presentation offered at the National Prayer Breakfast held February 8, 2018, in Washington, D.C.