This weekend, UCU held its first Summer Charitable Evening in Kyiv, on the model of a tradition started in Paris, Dîner en Blanc, which is now in 35 countries. Dressed in white, friends of the university gathered together on the three-deck boat-restaurant Rosa Victoria to enjoy together a delicious meal on the Dnipro and join in the building of the university. 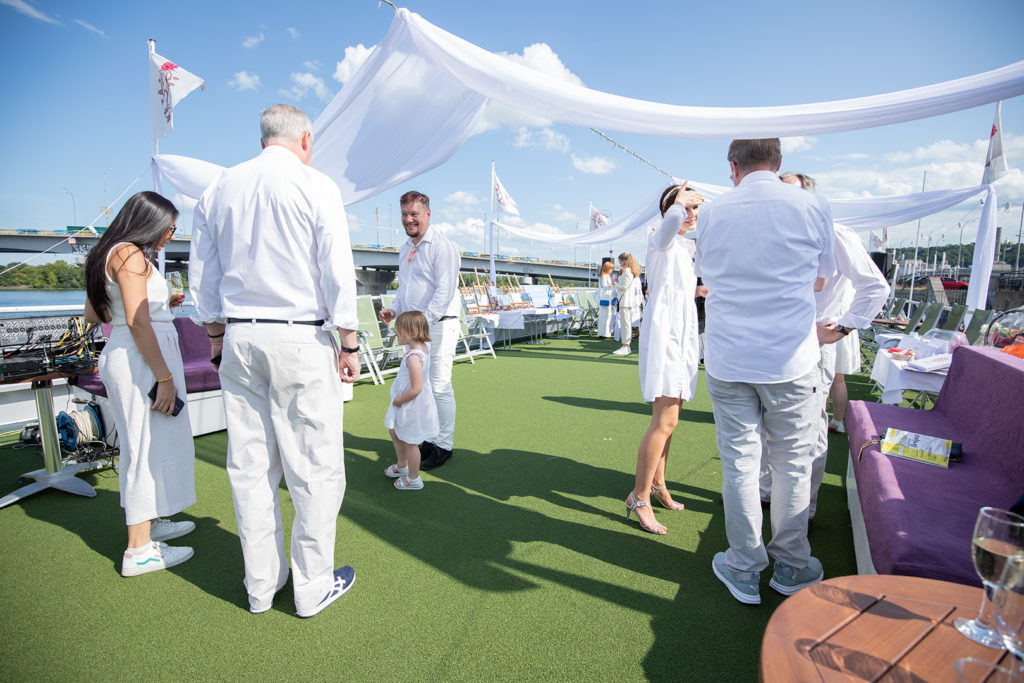 The goal of the event was to support the academic programs of UCU’s Humanities Faculty, in particular, the unique bachelor’s program Artes Liberales, which not only combines three traditional areas in the humanities – history, philology, and cultural studies – but also allows students to create their own trajectory of study, using the resources of all the fields. Thanks to the benefactors’ generosity throughout the evening, more than 1.5 million hryvnias were collected in support of the faculty. 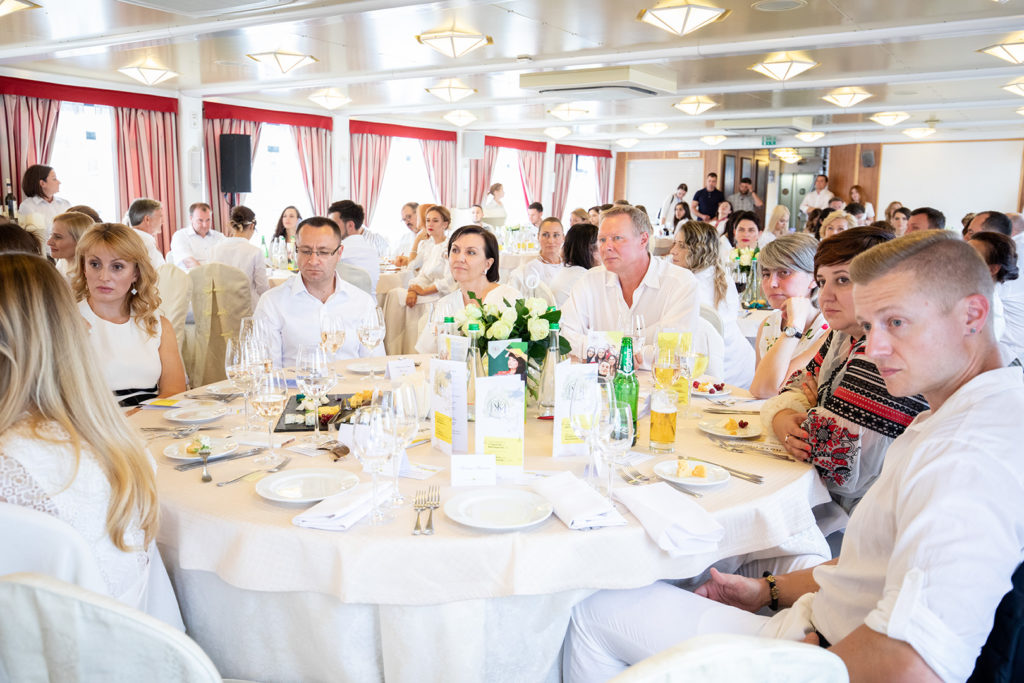 Friends of the university, dressed in white, gathered at the picturesque site. Before the formal program began, they had a little time to drink a welcoming cocktail and chat. The evening’s celebration began with an opening prayer by Fr. Rector Bohdan Prach. 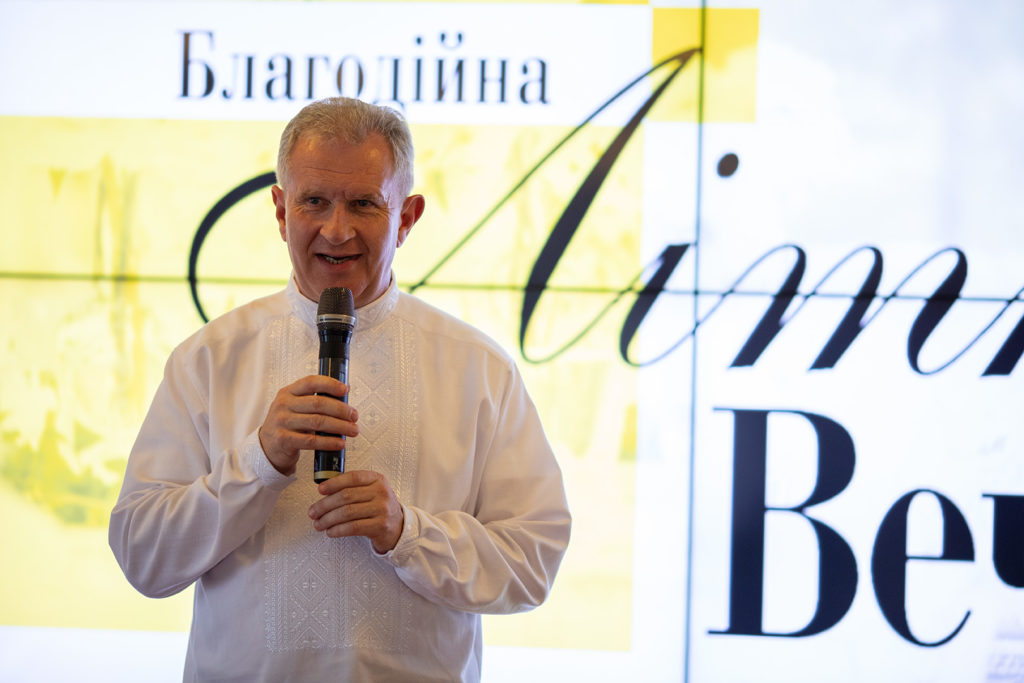 The evening’s main speaker was William Taylor, Chargé d’Affaires, a.i. of the U.S. Embassy in Kyiv. This is not the ambassador’s first diplomatic mission. He began his speech recalling his experience in Ukraine from 2006 to 2009, which, in the diplomat’s words, gave him an opportunity to notice those positive changes which can be hidden from the eyes of Ukrainians.

William Taylor: “I applaud the Ukrainian Catholic University for its impressive institutional development in the last 10 years and for its contribution to the leadership of Ukraine.” 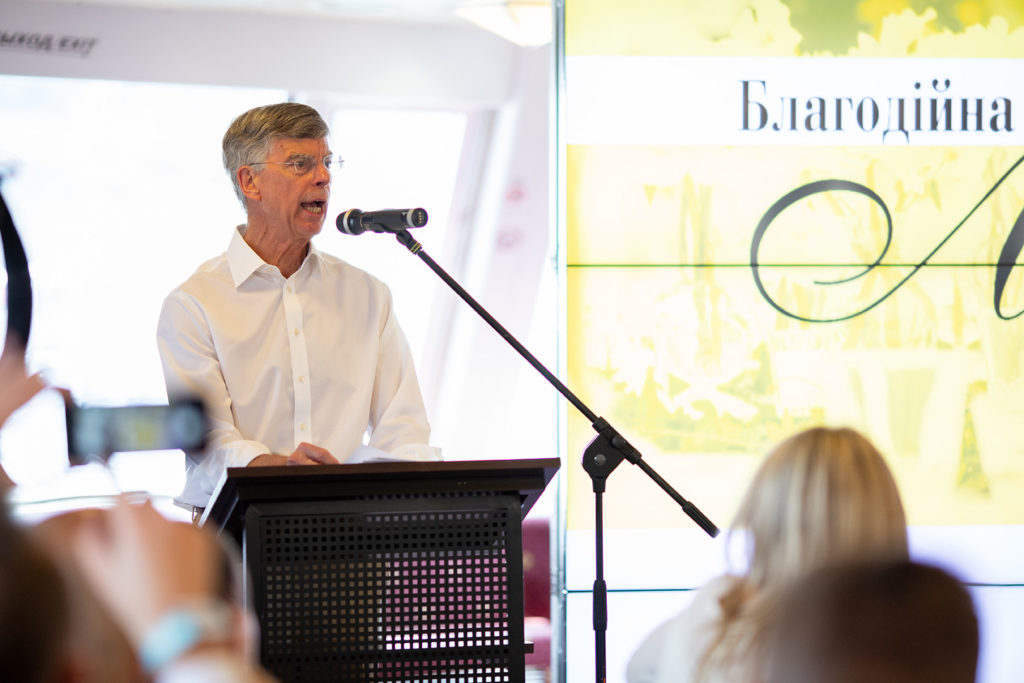 “I had the great honor to be the ambassador of the United States here, in Ukraine, from 2006 to 2009, and one more great honor, even bigger, to return. So, 10 years has passed since the time of my departure, although since then I regularly traveled here a few times a year. But the changes in 10 years are significant. The Ukrainian Catholic University is only one example of this evolution and change.

“When I first came to Ukraine in 2006, UCU’s educational program had recently received accreditation from the Ministry of Education, and the university had then begun its first large construction project on a new campus.

“Since that time, UCU has significantly expanded its academic programs, added five modern buildings, developed strong international partnerships, and become one of the universities that is a first choice for many of Ukraine’s most talented high school graduates. Your students and teachers are helping Ukraine enter the family of Euro-Atlantic democracies 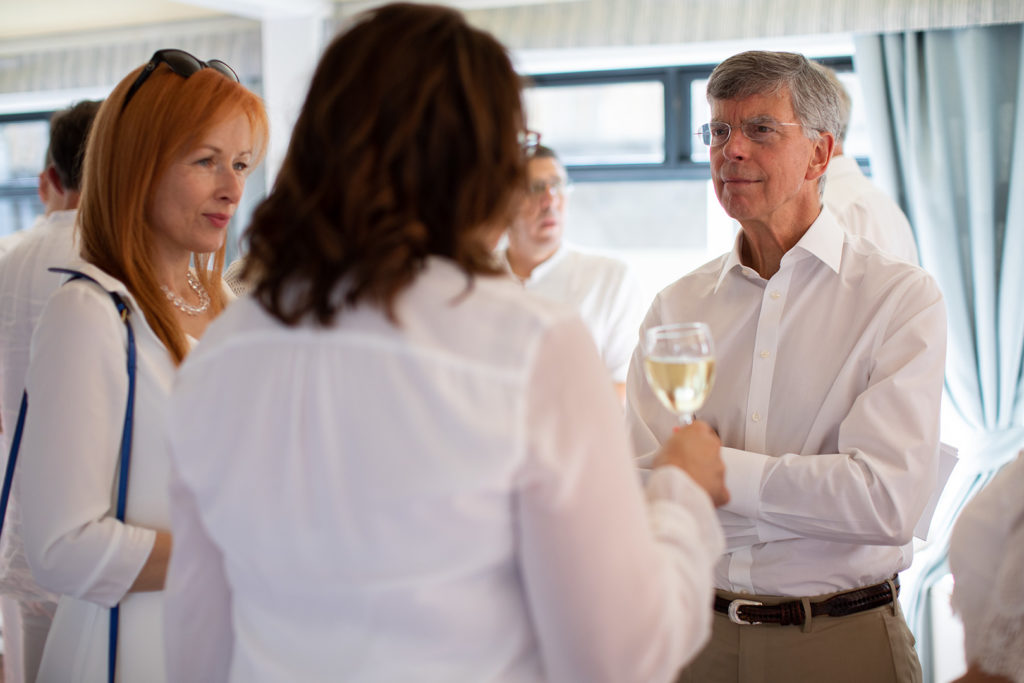 “I applaud the Ukrainian Catholic University for its impressive institutional development over the last 10 years and its contribution to the leadership of Ukraine.

“UCU’s teachers and students have shown what Ukrainians can achieve thanks to dedication to principles of integrity, responsible leadership, and strong partnership with the like-minded – principles which all Ukrainian institutions should strive to support,” added William Taylor. 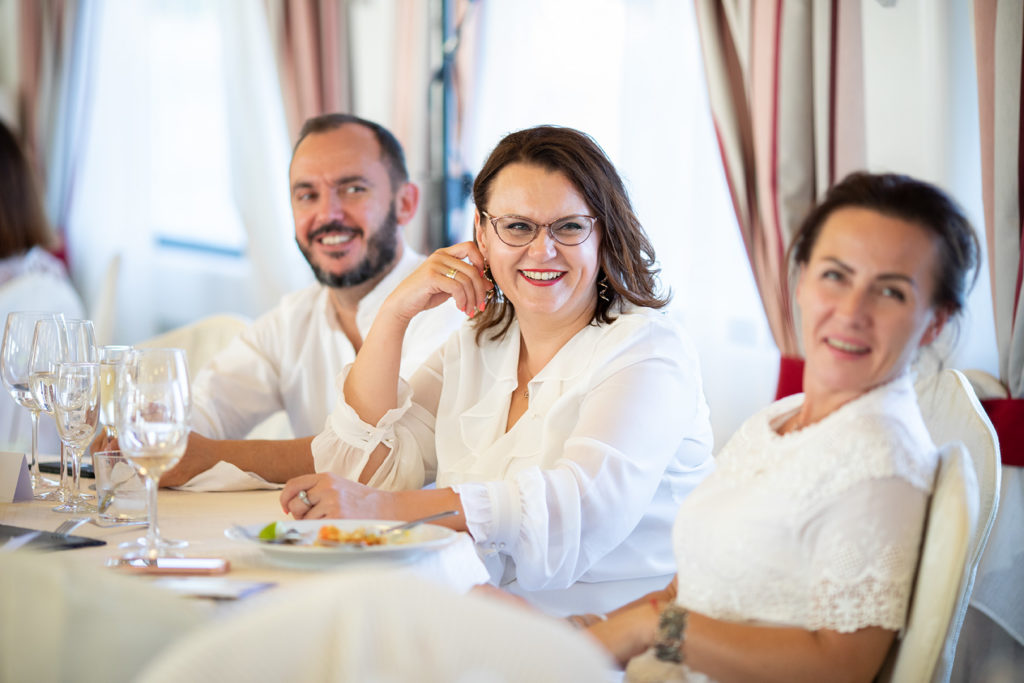 After his speech, the honored guests of the evening in white had the opportunity to see a short video about education and student life at the Humanities Faculty. The next speech was given by poet, writer, scholar, and teacher at UCU’s Humanities Faculty Iryna Starovoit. 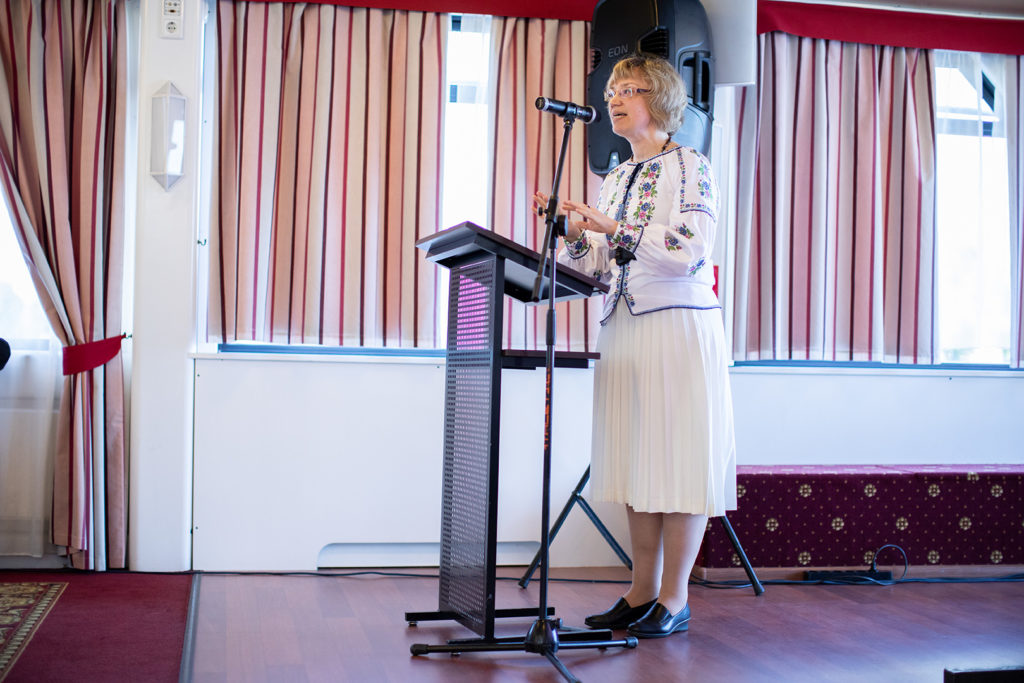 Iryna Starovoit: “Artes Liberales students are ready to be pilots in chaos.”

“It is symbolic that right now our little boat is starting to sail, because the Artes Liberales program is a deep-rooted tradition from Baroque times which, however, has not frozen, for a tradition which is sensitive to changes is in motion. Also, when we start moving, this will be very much in the style of Artes Liberales.” So she began her speech. 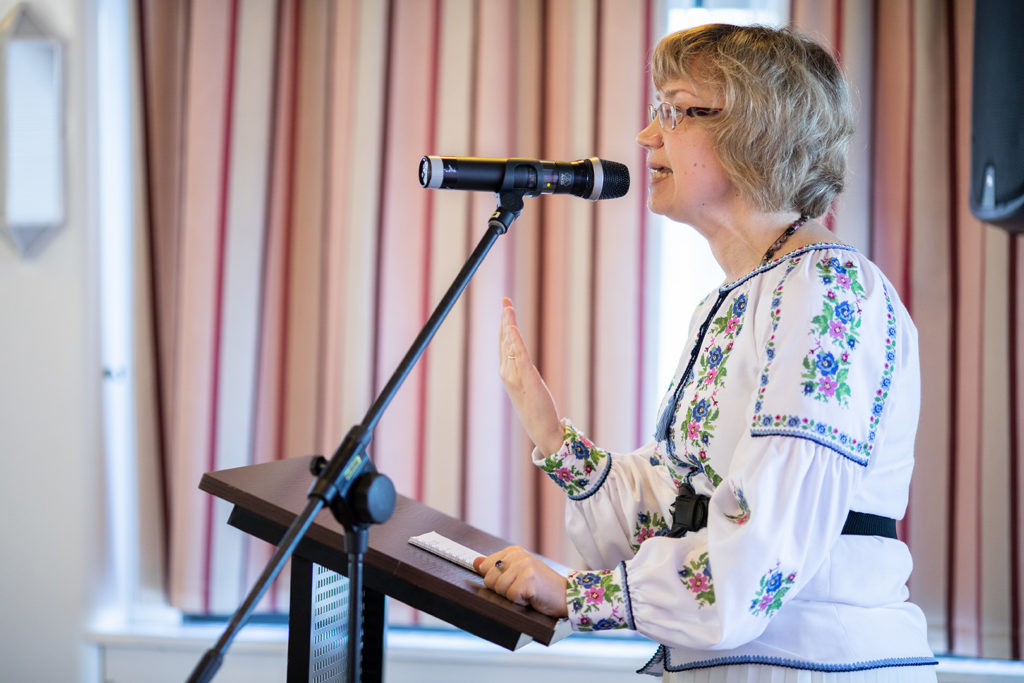 We are now not only sailing on a boat, but we are in space and time. Outside the boat, it is the year 2019, a time of turbulence in the country and the world. When we admitted our first group of students, we understood that we couldn’t tell them with certainty what they would do after graduating. So we were glad to hear from a number of them that leaders have to take control of chaos. And they were ready to be pilots in chaos. This preparedness is important for the country and the world. 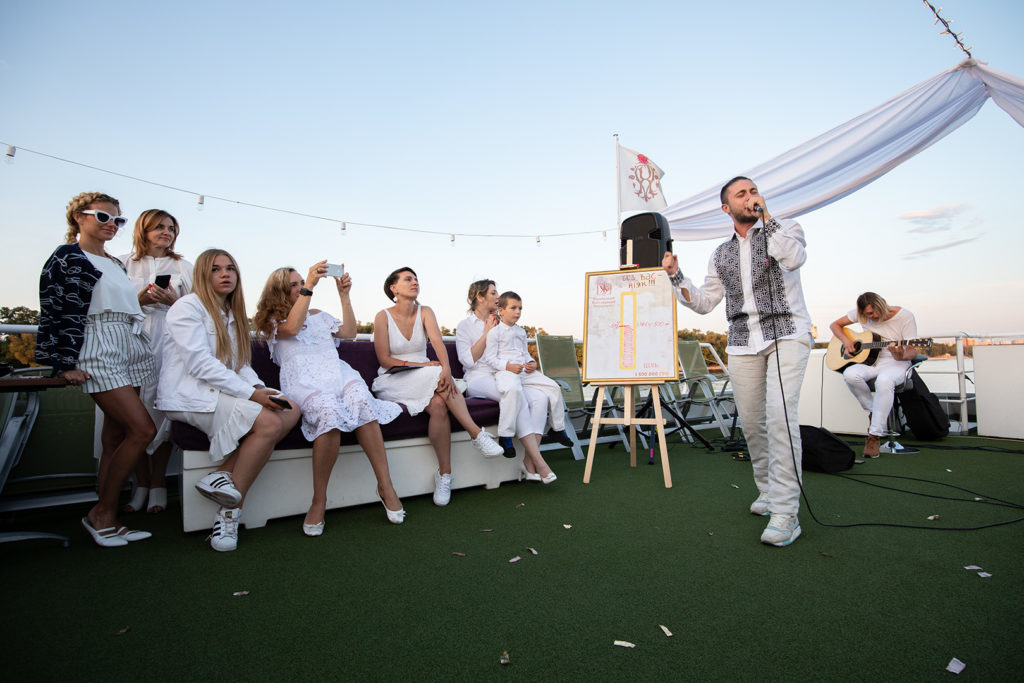 “As we graduate students into 2020, they enter a world in three crises: ecological, nuclear, and of new technologies. These crises were not caused by the humanities but, believe me, in search of solutions, they will turn to the humanities. Why? Because these disciplines are humane.” 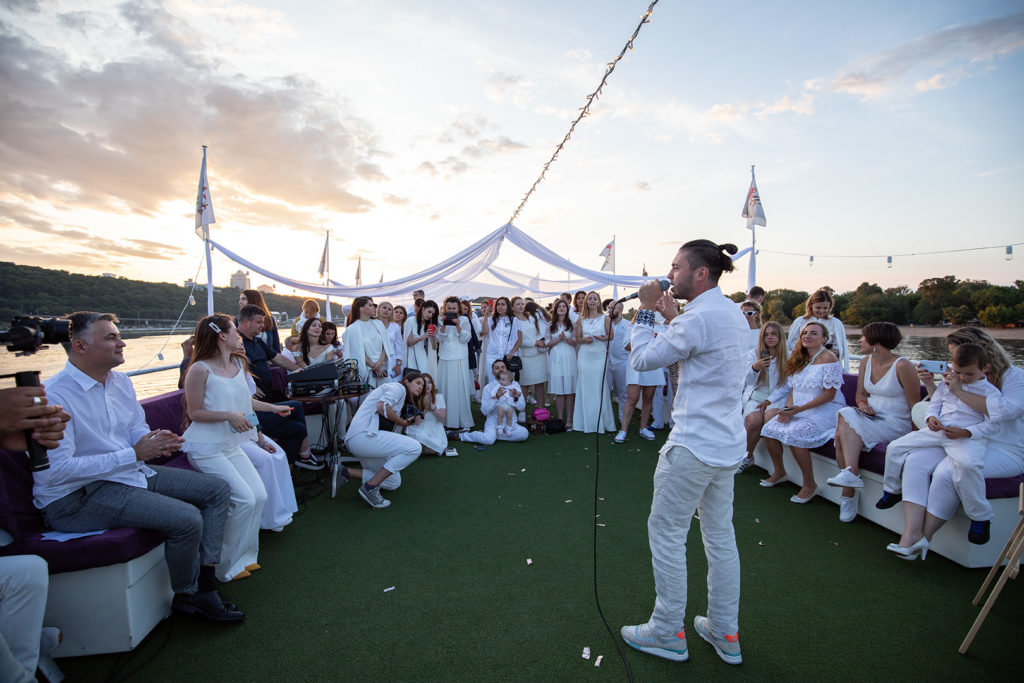 A more detailed transcript of Iryna Starovoit’s speech in Ukrainian can be read here. After dinner and the charitable auction, during which the organizers collected more than 1.5 million hryvnias, all the evening’s guests were able to enjoy the performance of the musical group Antytila. 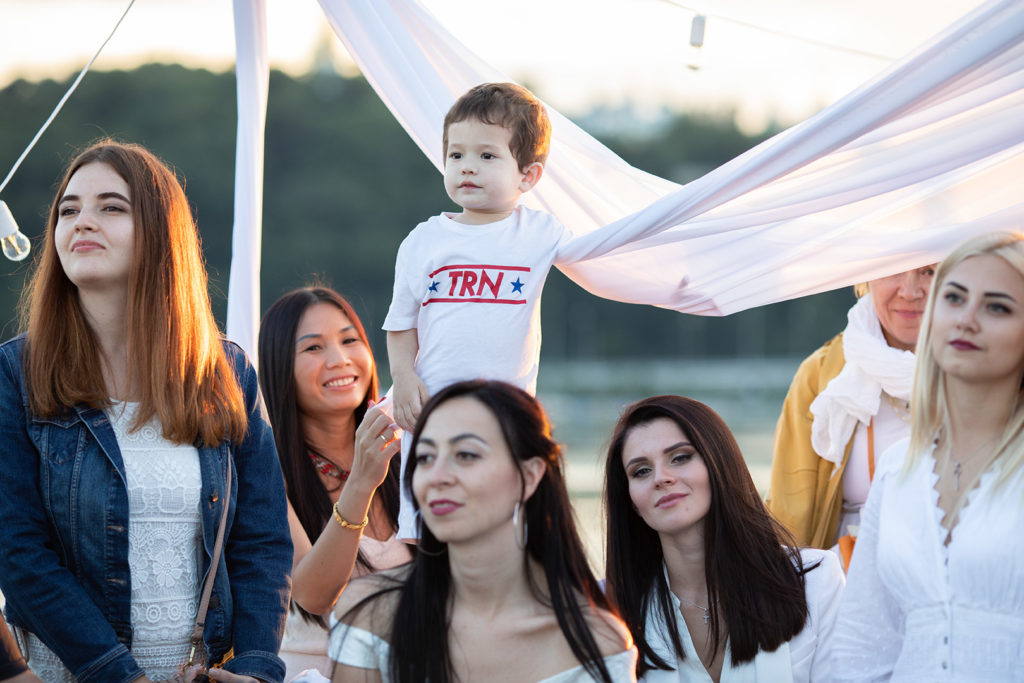