We invite you to the first in the United States of America traditional charity folk ball “Perelaz*” in support of the Ukrainian Catholic University! 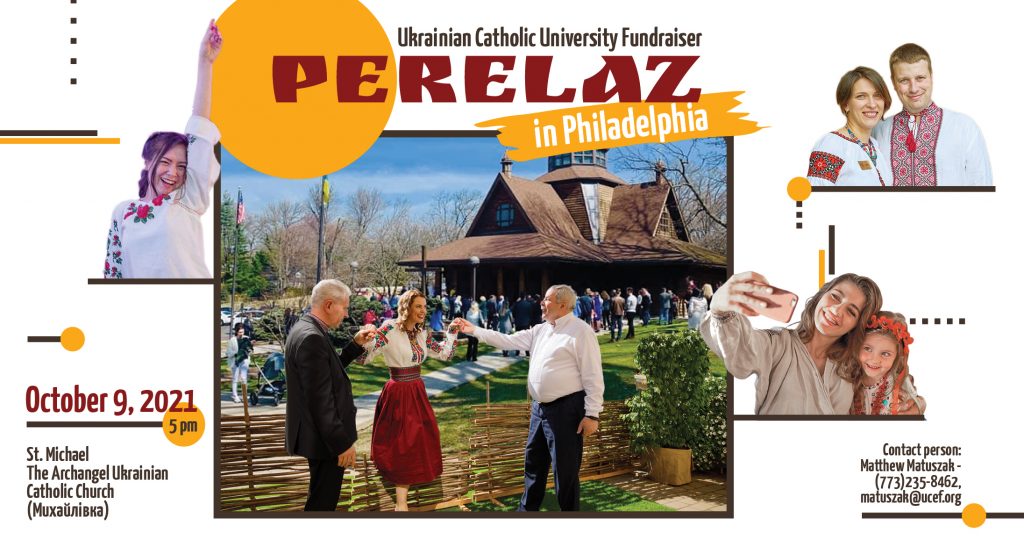 By participating in this event you’ll support one of the best universities in Ukraine! UCU is included in the list of top-30 outstanding projects created during  30 years of Ukraine’s Independence that have moved the country forward. Since its founding in 1992 Ukrainian Catholic University does not have the financial support of the state and develops exclusively due to the generosity of thousands of people throughout the globe.

During the event, you will have an exceptional opportunity to listen to our outstanding speakers – Archbishop Borys GUDZIAK, Ukrainian Catholic Metropolitan of Philadelphia,
– Myroslav MARYNOVYCH, a prominent Ukrainian dissident, member of Ukrainian Helsinki Group, and vice-rector of UCU.

Viktor MOROZOV, a musician, composer, translator and the founder of the first Ukrainian rock bands «Quo vadis» and «Arnica», as well as a Ukrainian band will keep you entertained throughout the whole evening.

You will also have a chance to try your luck in a lottery and participate in a charity auction of artworks and icons of renowned Ukrainian artists.

Your kids will not be bored either, as there would be a separate program for children. Do not hesitate to bring the youngest members of your family along!

Furthermore, you’ll be able to meet with dozens of successful Lviv entrepreneurs from many different sectors, who support UCU and will participate in  the first “Perelaz” in the US.

Finally, this event is an incredible opportunity to finally meet in great company, following all the quarantine requirements established by the state, while contributing to the shaping of Ukraine’s future through helping brilliant students of UCU. 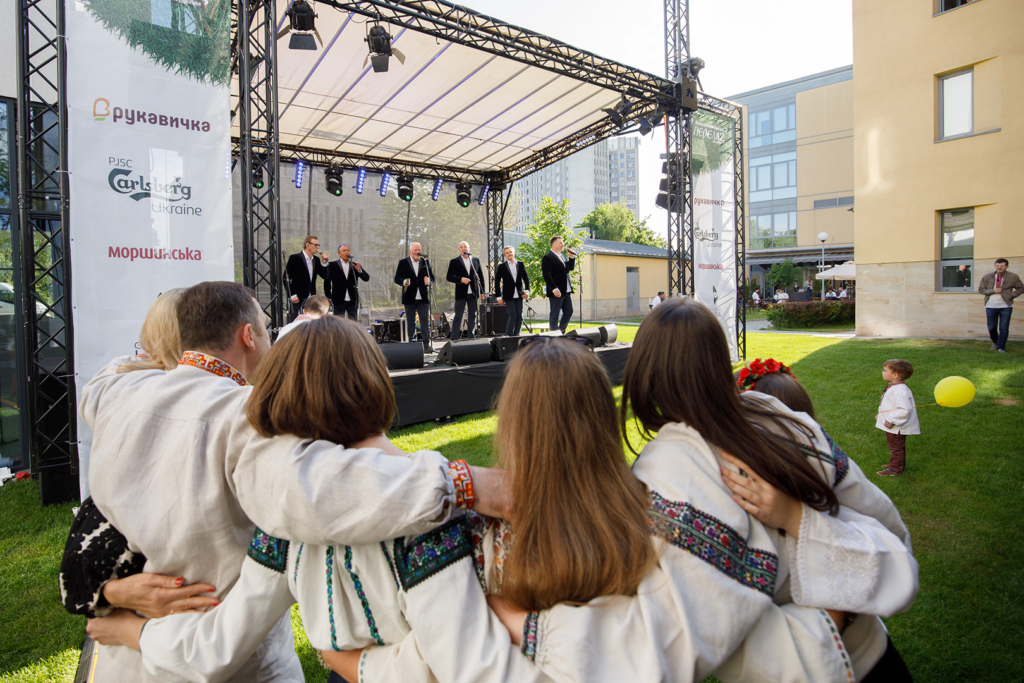 Perelaz will take place on the 9th of October in Mykhailivka at 1013 Fox Chase Road, Jenkintown, PA 19046. The venue is also symbolic, as in 1976, the founder of UCU Patriarch Josyf Slipyy blessed the land, where now stands the church.

If you are still doubting where to participate or not – below you will find a video of this year’s Perelaz in Lviv that took place in June. We promise you that Philadelphia’s event will be no less fantastic! 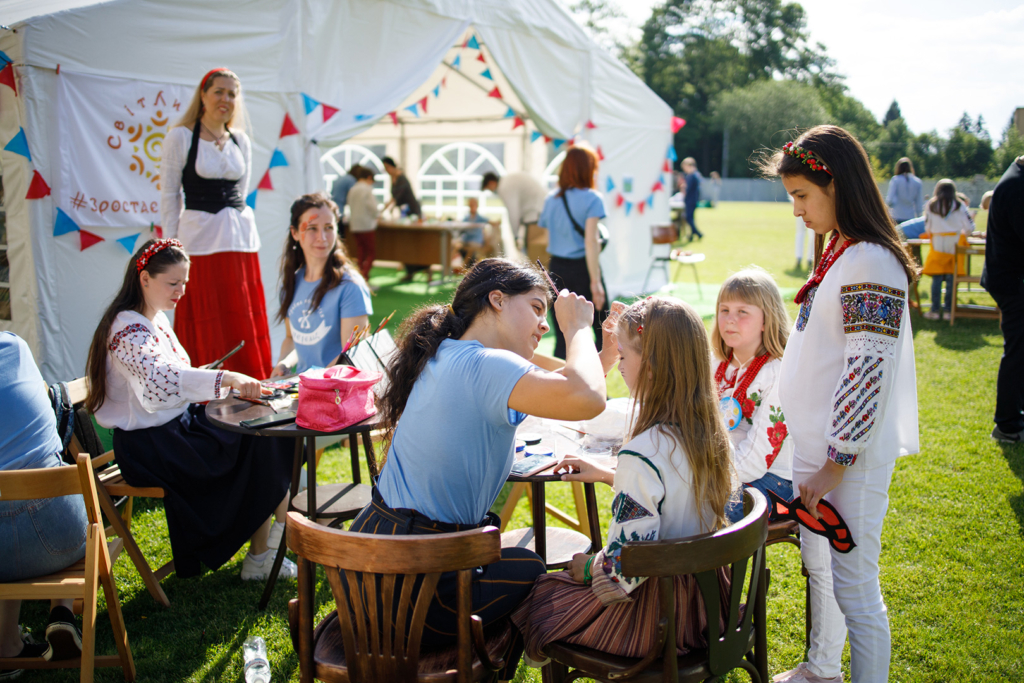 The dress code of the event is Ukrainian embroidery (vyshyvanka). So, let’s prepare and iron our best embroidered shirts!

You can buy your tickets HERE

The event will take place both indoors and outdoors in compliance with all quarantine conditions established by the state. 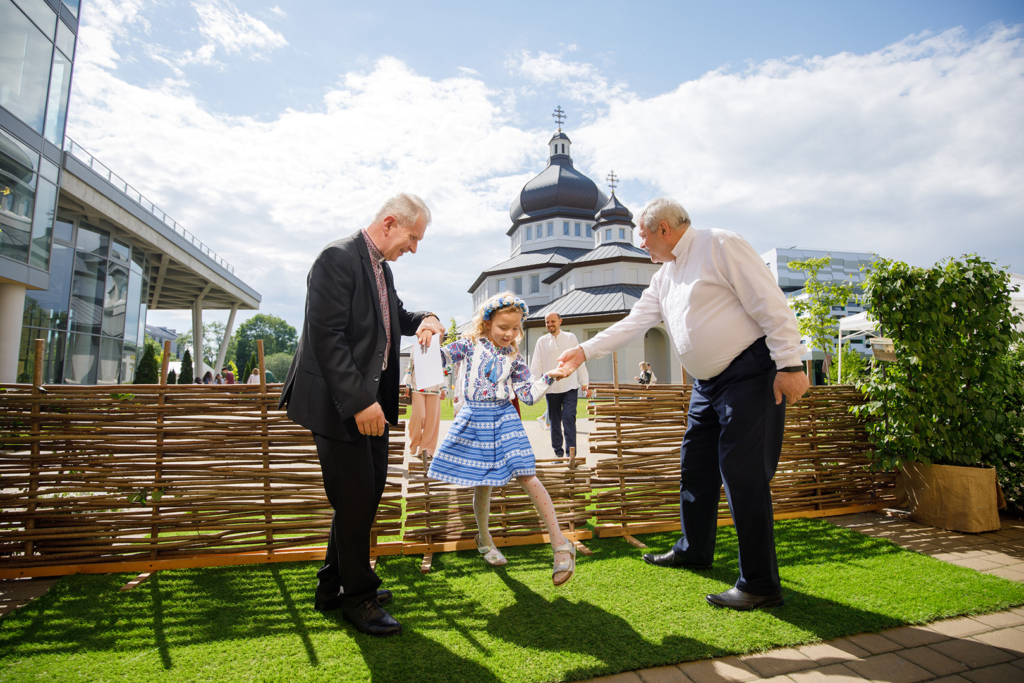 Ukrainian Catholic University is a non-governmental educational institution. Without receiving any government funding, it operates with the support of philanthropists from Ukraine and abroad. Today, the cost of one student’s tuition for the academic year at the University is $ 3,500, and the student’s own financial contribution for the year of study is only 20% of that amount. To compensate for this difference, the University seeks help from various foundations and private benefactors.

One of the best ways to help the University is to support our students and sponsor a scholarship.

The success of the Folk Ball is, first of all, the generosity of its guests, the support of sponsors, the donations of leading Ukrainian artists and artists who generously provide their works to the charity auction, which takes place as part of the ball.

In June 2021, during the Perelaz Charitable Folk Ball in Lviv 70 scholarships for students and professors were declared.

* Perelaz is a Ukrainian word for a stile – a structure or opening that provides people passage over or through a boundary via steps, ladders, or narrow gaps.