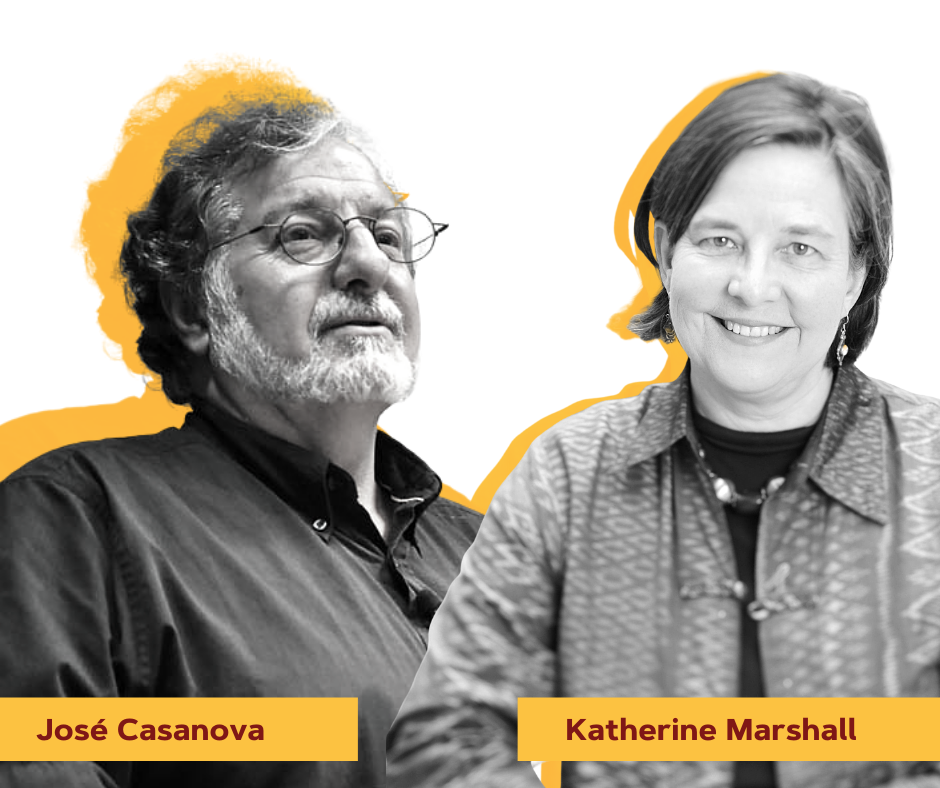 A smooth and logical interview mainly covered possibilities and challenges of inter-religious dialogue in the post-COVID world and their influence on integral human development. Professor Marshall started by highlighting the difficulties of the modern world, especially health and education issues. She also clarified the limitations of inter-religious dialogue saying that religion was no longer considered important by many institutions and that some religions had difficulties recognizing key human rights like the rights of women. Many in the development world, she said, have a hard time respecting churches who don’t ordain women. A negative impact of religious-involved conflicts was also noted.

Professor Casanova noted that in the region of Galicia, home of conference sponsor Ukrainian Catholic University, most people are Greek Catholic, united with Rome but eastern in style with married priests. In these communities, he said, the wives and the daughters of priests have long had an elevated role in advancing progress at the local level; he also cited the contribution of women, including nuns, as medical professionals and teachers—and leaders in health and education. Professor Marshall also noted that women tend to hold their religious beliefs more deeply.

Then Professor Marshall underlined the areas in which interfaith dialogue could make a sufficient contribution and also provided detailed reasoning with examples. These areas are education, health, and sustainable development. She described how the G20 Forum, in which she is involved through a interfaith panel, could be an instrument in creating a specific response to the above-mentioned difficulties as religious leadership could help to translate general good will to work together into a human tendency to take care of yourself and people close to you.

The covid crisis created a need for communities to care for people and formed a new awareness of the community to stand together, so that it could be possible for every person to live a decent life. A natural tension that arose, she said, is that humans have an instinct to care for their own and those closest to them; how do we avoid what the director of the World Health Organization calls a vaccine nationalism?

Professor Marshall finished the interview clarifying the importance of quality education and the need to rebuild the educational system of the future.

Prof. Marshall worked for a long time with the World Bank, with particular focus for a time on Africa. She led the Bank’s work on social policy and governance in East Asia. A member of the Council on Foreign Relations, she has worked with the World Economic Forum to improve relations between Islam and the West. She helped create the World Faiths Development Dialogue, of which she is executive director. She serves on many boards and committees and focuses on issues facing the world’s poorest countries.

Olena Komisarenko is a PhD student at the Pontifical University of St. Thomas Aquinas