The 50th World Economic Forum in Davos (Switzerland) this year was held from 20 to 24 January and gathered leaders from the areas of business, politics, and economics to discuss global questions of sustainable development. Among the participants of Ukraine House WEF-2020 were Sophia Opatska, UCU’s Vice-Rector of Academic Affairs and the Founding Dean of the Lviv Business School of UCU (LvBS), and Taras Prokopyshyn, LvBS graduate and founder of The Ukrainians Media. 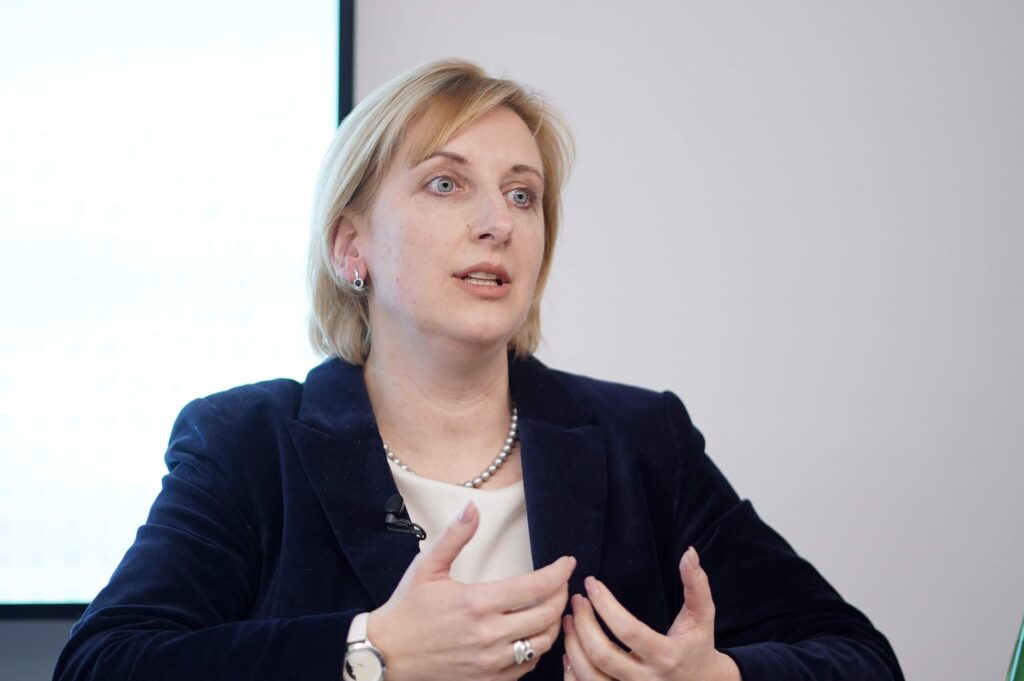 For four days, the participants of the main discussion talked over global problems regarding the chosen theme. This choice, as Opatska recounted, demonstrates the urgency of the challenge and the need for the world community to seek a solution to problems that could influence the future of coming generations of the whole planet. In addition, as a result of the discussions, each of the leaders thought about how best to implement the proposed ideas (and the 17 goals of sustainable development) in their field.

In parallel with the main program, separate panel discussions were held, the so-called “unDavos.” In particular, at the Ukrainian House they, appropriately, discussed Ukrainian questions – this is the third time such an initiative was undertaken. The goal was to promote the country, including overcoming stereotypes among world leaders and demonstrating Ukraine’s potential and its empathy for global problems and an attempt to offer solutions. 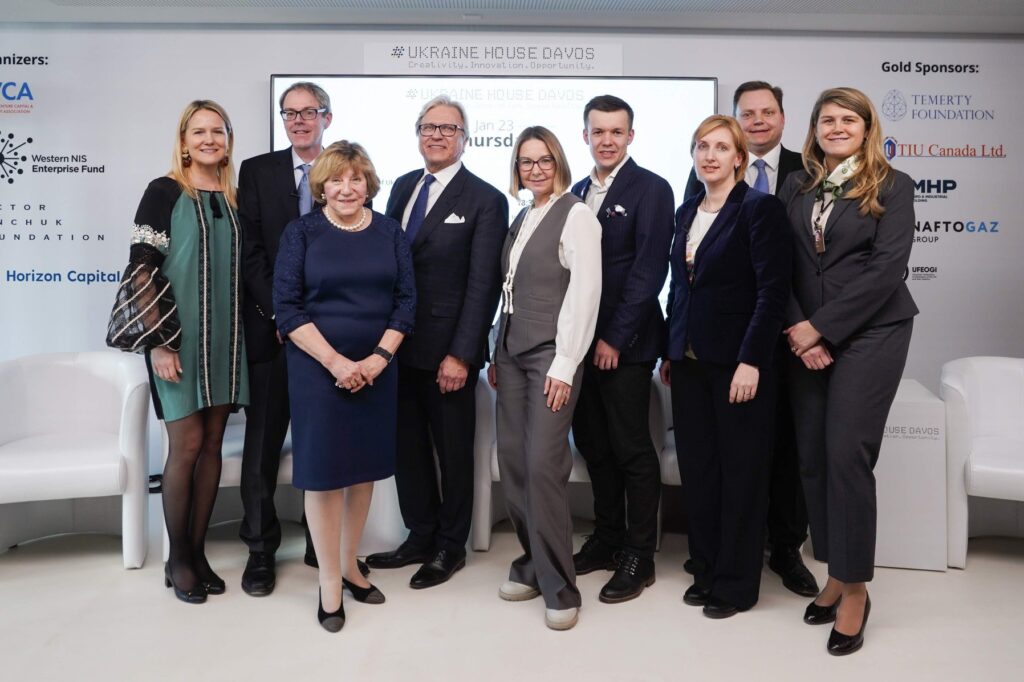 During the forum, Opatska took part in the panel discussion «Leadership Character for Corporate Growth and Social Impact (in a Disruptive World)»: “One of the signs of a leader is a critical understanding, or so-called ‘practical wisdom,’ which holds in balance the interests of organizations or owners and the interests of existing partners and stakeholders, so that the common good will truly be common. Perhaps the discussion wasn’t concretely about sustainable development but, in general, such habits are necessary as a basis for its implementation. A number of foreigners were at this discussion and, as a result, we had a lively discussion with vital questions.”

The majority of the questions of those present regarded the qualities of a practical leader. In general, representatives of business and the academic community took part in the discussion. For the second year in a row, the Lviv Business School of UCU is the only educational institution taking part at the Ukrainian House. “This year UCU was mentioned very often. Any panel discussion begins with a concrete theme, but the next question is people and talents, then people and education. That is, education is maximally in third place, but not always discussed. What does this mean for us? We have to reflect much on what the education of the future should be like; if at one time the first priority was knowledge, then soft skills, then questions of worldview, now, it seems to me, everything has changed and values are becoming decisive. It is the worldview component that helps achieve practical wisdom and skills of critical thinking.”

Also present among the Ukrainian delegation in Davos for the panel discussion “Youth are changing Ukraine” was Taras Prokopyshyn, head of The Ukrainians Media. He took part in the forum as a media representative at the invitation of the Bohdan Hawrylyshyn Family Foundation and took part in the second half of the event. 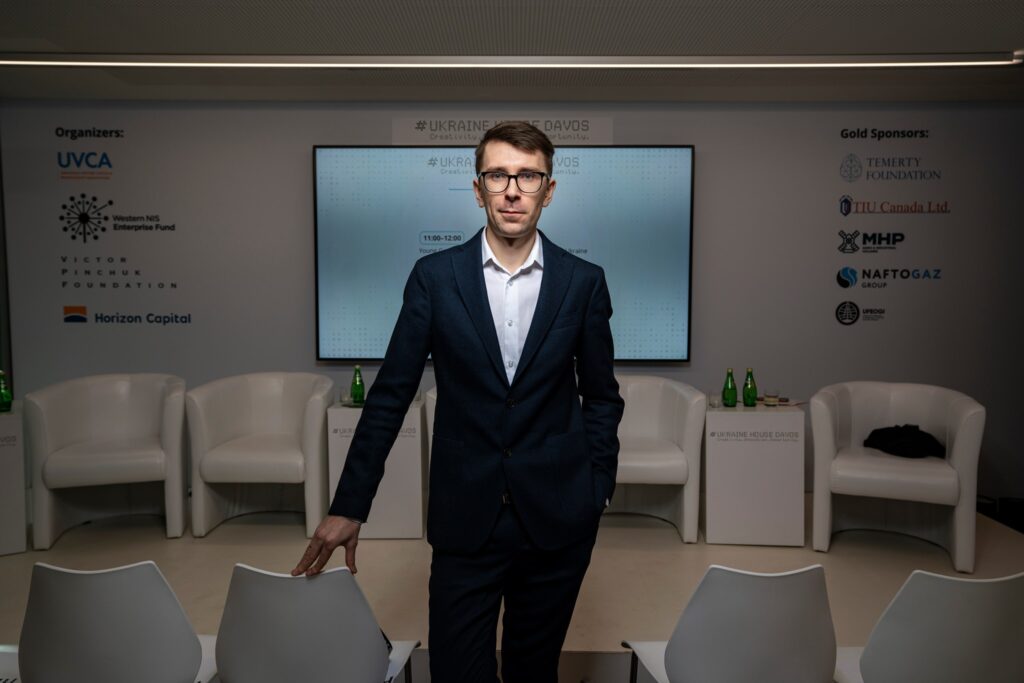 In particular, Prokopyshyn shared: “In general, Ukraine’s participation at the forum was understandable: we simply should be present at such a world meeting, to present ourselves, to invite investors and show them talents, resources, and prospects. The majority of presentations of Ukrainian participants had a common idea: we need to unite for greater influence. So, today it is not possible to build a business thinking only about profit as the goal; we all understand that companies that care about social responsibility, sustainable development, social contribution, and changes gain value.”

Taras Prokopyshyn had the opportunity to present his media, which, from the start of its existence, went from a volunteer initiative to a start-up: “If you want to build a quality organization and have influence, you need the appropriate resources. We are not a large business and the search for investors is not a priority goal; but such activities provide very valuable social capital, networking, and contacts. It is these things that help further development and will be more noticeable both in the Ukrainian and European contexts.”

As the founder of LvBS explained, more and more young people are getting involved in the forum. For example, this year a separate panel discussion was dedicated to start-ups and involved a good number of young entrepreneurs. A separate part of the main area of WEF is the Global Shapers project, a network of world organizations created and led by people under 30. In Ukraine, there are such communities represented in Kyiv, Kharkiv, Odesa, and Lviv.

As to the implementation of ideas heard and discussed during the World Economic Forum, the first result will be a post-Davos event at the Ukrainian Catholic University. According to Opatska, the event will have the format of a panel discussion where key themes of the 50th WEF will be discussed. As for further plans, a corresponding course on sustainable development will be offered by LvBS and, eventually, decisions will be made on implementing global ideas in education and other areas.

Photos from the archives of the speakers