Every year after the admissions campaign, UCU’s Recruiting Department reports on how many new students have come from various parts of Ukraine and which areas are the “leaders.” Some students come to Lviv from abroad, with absolutely wonderful backgrounds and a firm decision to study at the Ukrainian Catholic University. Here are stories from four foreign students, from North America and Western and Eastern Europe. 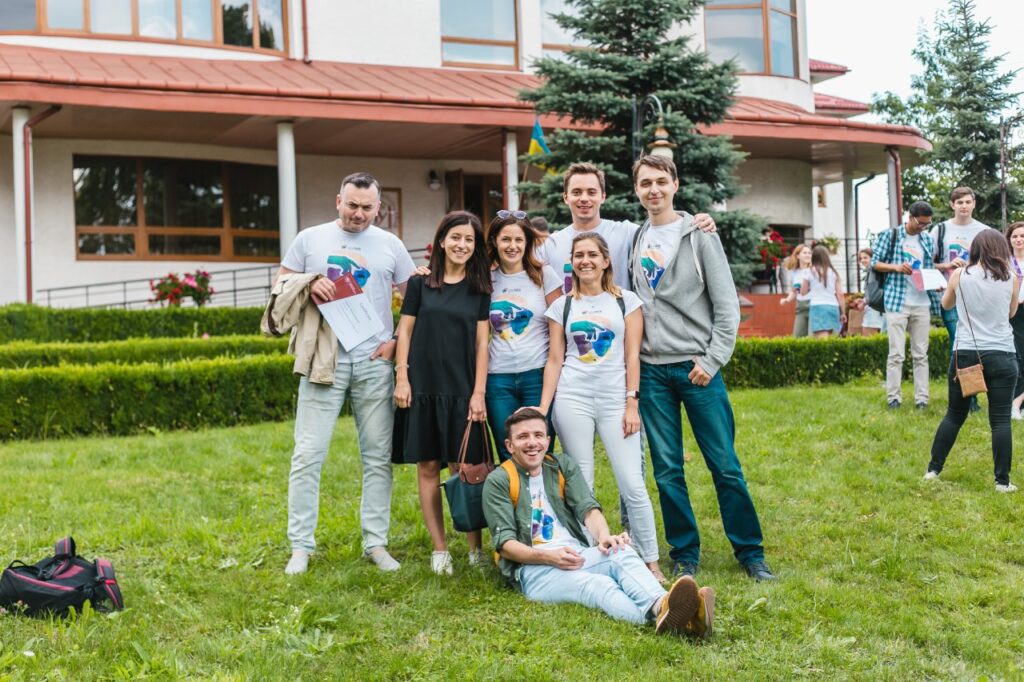 In childhood, Stine attended Liturgy at a Ukrainian Catholic parish in America. When he got older and found out about a Catholic university in Ukraine which offered studies in theology, the young man was very happy. As soon as he saw that a student from abroad could study at UCU, he decided to apply. A friend of Stine’s, a volunteer at the UCU English Summer School, told him more about studying in Ukraine and gave him advice about admissions.

“Well, I’m still studying, so it might be a bit premature to say anything, but I’m thoroughly enjoying it. lt’s rare that you have access to so many knowledgeable Byzantine theologians. As a result, my classes are pretty interesting and I hope to continue studying theology after graduation,” says Stine. 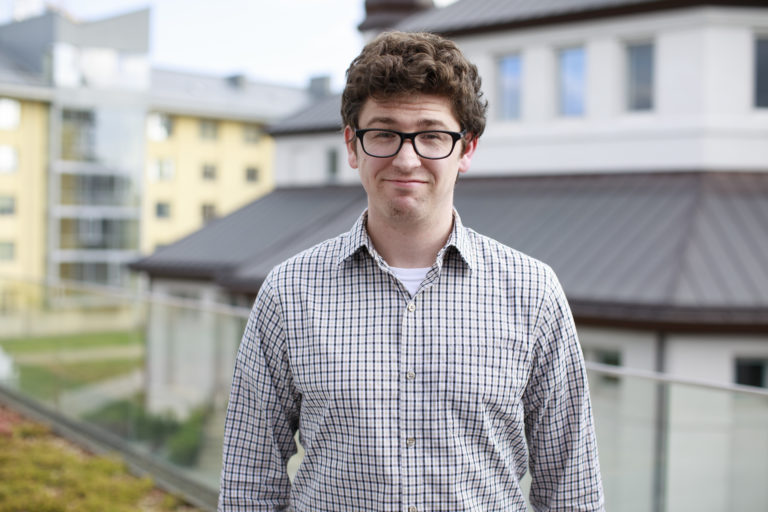 Stine remained in Lviv during the quarantine. He plans to visit the USA in December but he will definitely return, because UCU is waiting for him, not just studies but students: Stine teaches English and leads language clubs. He considers this busy schedule not a challenge but rather a chance to learn better how to manage his time. In addition, combining roles as a teacher and a student at UCU shows Stine the particularities of both sides.

“My advice for foreign students,” says Stine, “would be to ask for assistance if you need help, and to always make sure that you know what you need to do, and that there are no complications. While it may sound simple, making a list of tasks can help with that process, since it can be complicated to keep track of various documents and visa procedures. If you’re confused about something, there’s plenty of people who can help.” He also suggests various ways to study the Ukrainian language and work with Ukrainian-language texts during studies.

Yelyzaveta Mashkanova came to Ukraine from Vitebsk, Belarus, and graduated from a school in the Kyiv Region. When she began to think about university studies, her godfather suggested she consider UCU. She liked the university and its location in Lviv. An open house in spring helped her make her final decision.

Mashkanova at first wanted to study psychology, but she ended up also applying to the Theology Department, where, finally, she decided to study. Her first year was filled not only with educational accomplishments but also internal changes.

“I love the fall very much, but this season in Lviv is simply unbelievable. Arriving from Kyiv, I was impressed at how slowly time flows here: people in this city have time for life. In addition, studying at UCU, I was able to grow spiritually.”

She was pleasantly surprised to learn that UCU is concerned not only about the physical but also the mental health of the community. The educational process itself includes an interactive format of conducting lessons and classes in the fresh air. In addition, the university helps overcome stereotypes.

Finally, the Worldview Core program’s “University studies” class helped her get into the academic rhythm. Thanks to the class and the support of teachers, students looked for ways to stay organized, motivated, and avoid burnout.

Mashkanova explains that she returned home at the start of the quarantine, but the next day online classes started, so the transfer to distance learning was very quick. Teachers were also very understanding about new challenges, though she missed community life.

The young lady recommends that foreign students considering entering UCU first of all turn their attention not to campus comfort or educational possibilities but to the presence of a community, moral principles, and spiritual growth. Though many universities provide a good education, UCU changes one’s worldview, overcomes stereotypes, and forms one’s internal compass.

Kubik first came to Ukraine as a volunteer in 2012, but his family is from Ukraine. His grandmother was born in Kharkiv in the 1920s, survived the Holodomor (forced famine of the 1930s), and eventually did forced labor in Magdeburg, Germany, where she met her future husband, who was from Ternopil, Ukraine. At the end of the Second World War, his grandparents were liberated and decide to immigrate to the USA. Kubik’s father was the youngest child of an immigrant couple but he speaks only English. The student never knew his Ukrainian relatives. His background interested the young man in the language, which he started to study as an adult. 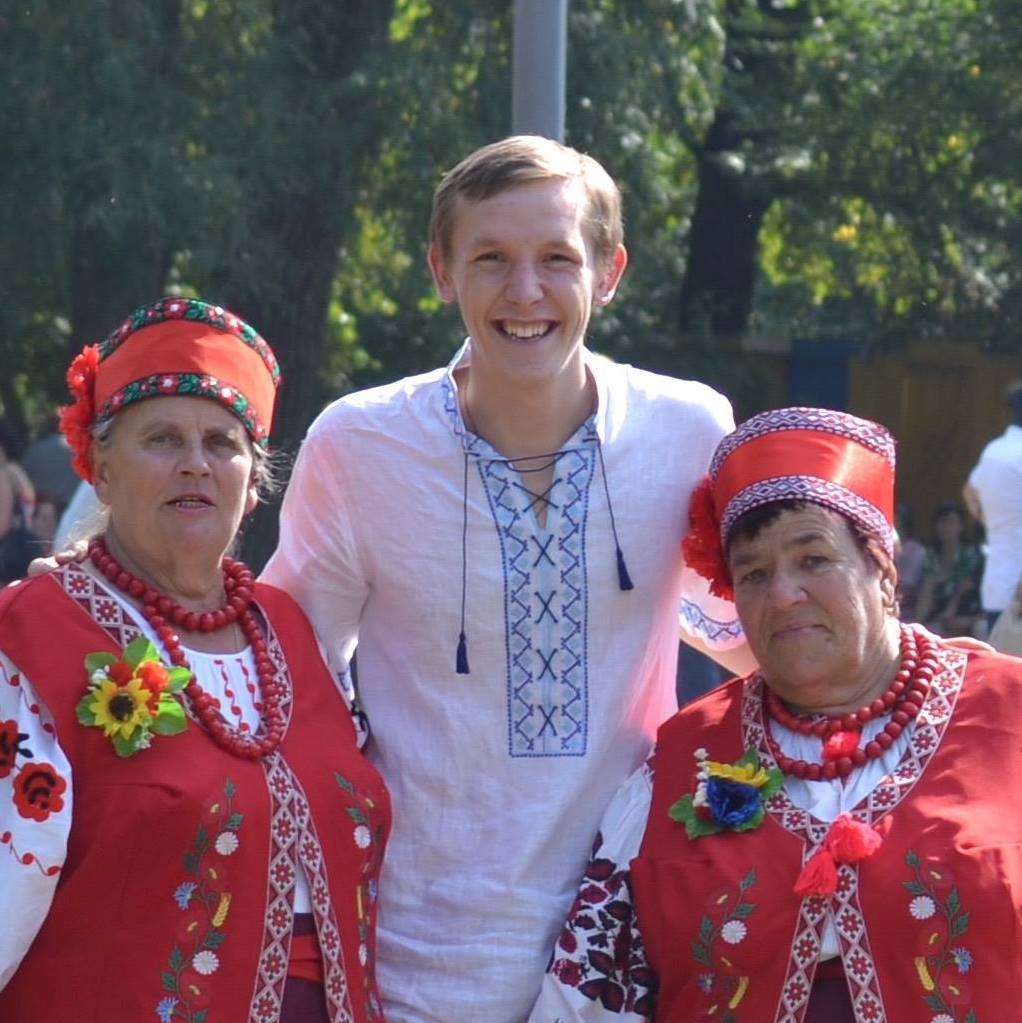 After volunteering, Kubik returned to America and studied at college for two years. At that time, he was not very interested in education; though a successful student, he left school. Eventually, he decided to repeat his experience in the country of his ancestors. Kubik volunteered in Chernihiv and then was a Peace Corps volunteer in the Chernihiv Region for two years. He was then in Lviv and considered education here. He finally decided to study at UCU after talking with Halyna Katolyk, then the head of the Psychology Department.

“It wasn’t easy for me to learn a foreign language, but I think I coped. There are many Ukrainians to teach me, and my peers are ready to help. Thanks to this I’ve also made some friends. It’s cool that UCU has small classes, so that each student receives much attention and keeps in contact with the teacher. Maybe that’s why the challenges I feel don’t involve education but adapting to the local culture. For example, I often notice remnants of the mentality of the Soviet Union. But I understand that everything requires time, and I even see some progress happening before my eyes,” Kubik explains.

During his first year, Kubik lived with students of the UCU Applied Sciences Faculty, one of whom he knew before UCU. At the end of the spring semester, because of the quarantine he returned home, where he will continue studying next semester.

Among his most outstanding academic experiences, Kubik mentions articles for UCU’s Mental Health Digest. He was the co-author of a number of materials on the site of the Health Sciences Faculty: on the mental health of Canadians; about the USSR and the mentality of Ukrainians; and about responsibility and mental health. Kubik very much liked formulating his thoughts and sharing them in this way, and new materials will be coming. For now, the young man is continuing distance learning, which sometimes happens at night because of the time difference.

Asked if he would suggest UCU to acquaintances, the American responds: “Yes, with pleasure! But not only to study here but, in general, to live in Ukraine. This is a very interesting part of the world, crossroads of West and East, a junction of world politics. In addition, specialists would be very interested to interact with Ukrainians and get acquainted with citizens of post-totalitarian countries. Local psychologists are people who, in particular, help their people cope with the remnants of the totalitarian regime. Though I don’t consider myself a Ukrainian, I have roots here, and so I really want today’s Ukrainians to live better. With my experience I can already, in a certain way, help people at home in America understand themselves better. The Catholic University helps me organize all my observations and thoughts and to analyze the situation that is happening around me.”

Rita Marques dos Santos, a student of the Applied Sciences Faculty from Portugal

Marques dos Santos came to Ukraine with two bachelor’s degrees from the University of Lisbon: in International Relations and Architecture. She worked as a software engineer. She found out about UCU last year when she was looking for a summer school in data science. She was thinking about pursuing an MSc in Data Science abroad. She lived and worked in Paris starting in September 2019, but after a Ukrainian friend in Portugal told her very positive things about Lviv and the summer program at the UCU Applied Sciences Faculty, she decided to apply to UCU. 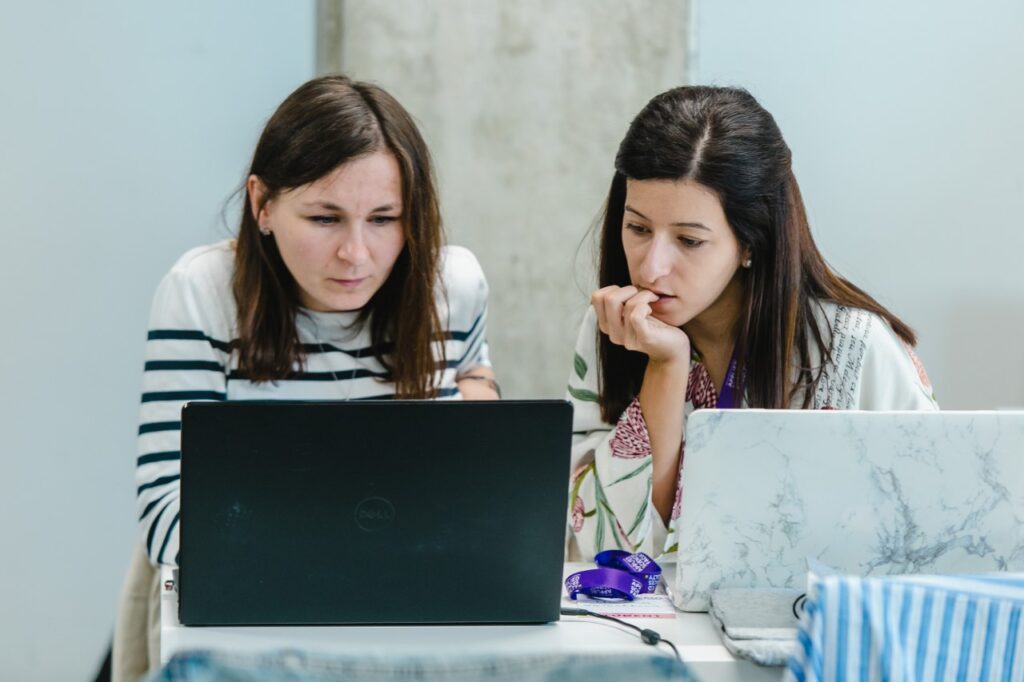 At the summer school, she “really liked” the atmosphere of the campus, knowledgeable teachers who “had great industry experience working for well-known companies” and “very intense” classes and, she says, “I felt that I learned a lot in the three weeks of the summer school!” She came to Lviv “completely alone, but it was really easy to make friends! Not just with other participants but also with other people from Lviv.

“And, outside of the summer school, I really fell in love with the city of Lviv: the parks, the architecture, the lively city center… the city is not too big or too crowded, I felt comfortable and safe walking around by myself even if I did not know how to speak Ukrainian (yet!), so I could definitely see myself living here.”

Regardless of the quarantine, she moved to Lviv. The majority of her classes are online, but she has also managed to join in in-person meetings.

“The classes are intense, and I have to study everyday,” she explains. “It is very rewarding because I feel that I am learning a lot in a short period of time! I love the fact that we use communication tools such as Slack, that is also used in the industry, so it’s very easy to reach out to my colleagues and teachers, to share information and to get answers to my questions in a very short time. Also, many of my colleagues have previous work experience in Data Science or Data Analytics and their English level is very high, so I am learning… As I studied Architecture, I am deeply interested in the applications of Machine Learning and Artificial Intelligence to improve the quality of our cities and buildings. I am really happy that I chose UCU!” 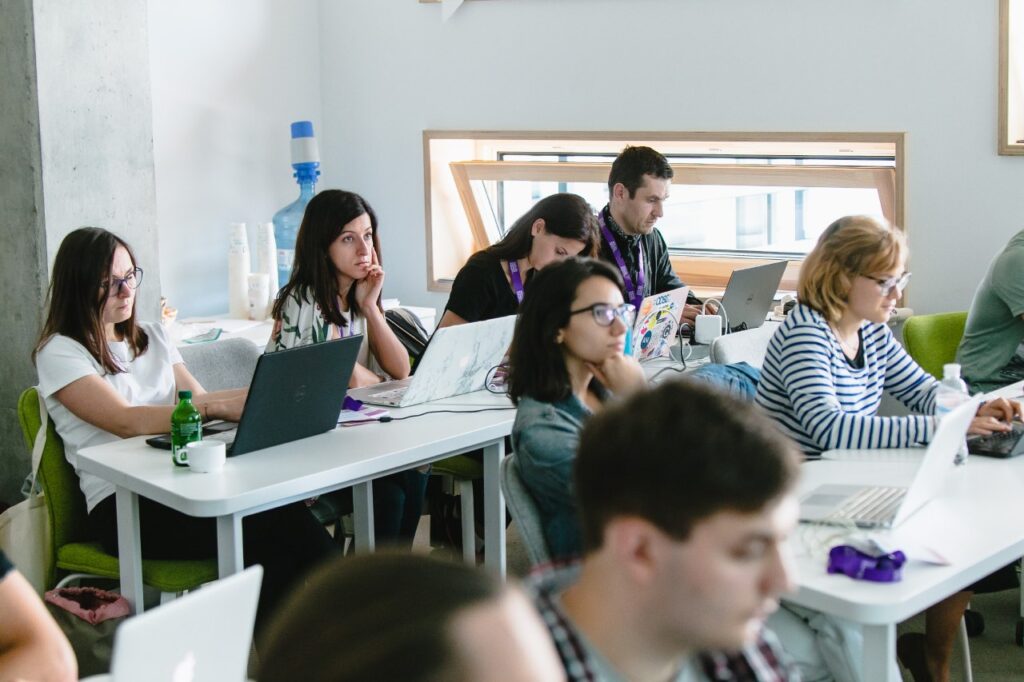 “Some advice I can give to international students,” she concludes, “especially to students from the EU like me, is to consider Ukraine and UCU to study. UCU will help with all the process of applying for the visa and getting the residency permit. Also, I advise students who want to come study at UCU to be prepared for intense studying and learning. It will not be an easy ride, but they will definitely get top quality education here! And start learning Ukrainian as soon as possible.”