Her “temporary” work at UCU began with entering texts – deciphering interviews with witnesses of the underground Ukrainian Greek-Catholic Church. In 29 years, this work grew into the building of structures, renewing the culture of philanthropy in Ukraine, and the development of the country’s leading university. On her birthday (May 19), UCU’s Vice-Rector for Development and Communications agreed to perhaps her first big interview and shared valuable stories with us. 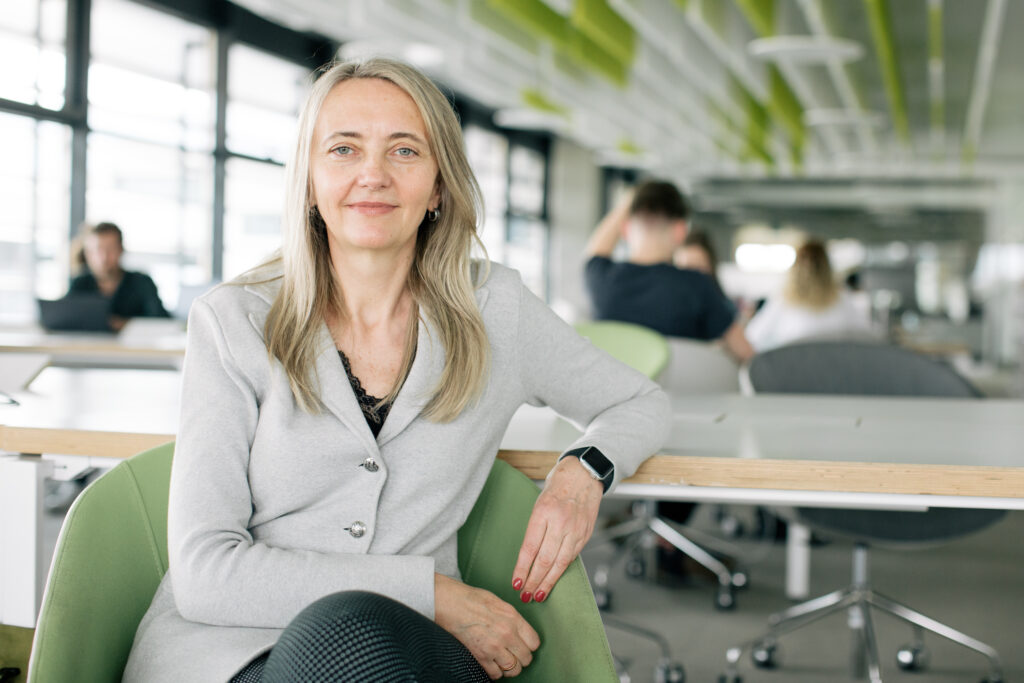 In honor of her birthday, Natalia Klymovska asks friends and benefactors to donate to support talented but needy students at UCU.

A love of mathematics led her to UCU

‘I felt sorry for this young American who believed so strongly in his idea.’

I greatly loved mathematics since childhood… I entered Lviv Polytechnic National University on the Programming Faculty.

I was taking my last course when the leader of the student association, Markian Ivashchyshyn, suggested I meet with a lawyer from the USA who had traveled to Ukraine and wanted to start a law firm. Markian said he needed a person competent with computers (at that time, it was almost impossible to find a specialist like that). Then I thought: an American, a law firm, computers… It’s all coming together—I want a job like that! That American turned out to be Borys Gudziak (he was not even a priest then). We met in his brother’s apartment. And then the most interesting thing happened: the American was really an American, but he didn’t talk to me about a law firm but about the Institute of Church History. As we spoke, it turned out he was not a lawyer but a church historian, and my enthusiasm for my “dream job” began to decrease.

He talked about how he wanted to create an institute to document and preserve the witness of the clergy and faithful from the underground years of the Ukrainian Greek-Catholic Church. At 22, I wasn’t very interested in the theme. During my first interview, I started to think about how to get out of the room [smiles]. At that moment, the eyes of this young “lawyer from America” took fire. It was like he looked through me and talked about the revival of the Lviv Theological Academy.

After this it seemed terrible to me and I thought: “What institute, what university? Did you just fall out of outer space? No office, no resources, only a computer.” I had the impression that these people had absolutely no clue what was happening in Ukraine. It was 1992 outside. Ukraine had just gained independence. After the collapse of the USSR, ruin and deficit ruled everywhere. And we were talking in an apartment about some university. I was studying at Lviv Polytechnic, with 40,000 students, so I understood well a large institution of higher education.

But Archbishop Borys even then had a great gift for convincing people. And, against common sense, I agreed to accept the work offer. I felt sorry for this young American who believed so strongly in his idea. Of course, I didn’t plan to stay long. I thought: “He’ll hit a few bumps, understand that it’s not so easy, and give up on his ‘crazy’ idea.” And so our “temporary” work together began, and has lasted now 29 years.

My job was to decipher interviews that Archbishop Borys did with witnesses of the underground. The stories I heard really affected me. I brought the cassettes home and my parents and I listened together. I was inspired by each new cassette, and more and more a spiritual world opened up for me…

But I couldn’t sit with texts for long. I’m an active person and love constant motion. Then Archbishop Borys suggested that I become manager of the Institute of Church History. Organizational work better fit my character. But I didn’t have the educational background, so I decided to study at the Lviv Institute of Management, which worked together with Wayne State University in America. So I had an opportunity to study abroad and gain experience.

After I returned, I founded and headed the university’s Information Department. In December 2021, it will be the 24th anniversary of its founding. Our first team was a dream team. We were like-minded: we worked, prayed, and played together. Archbishop Borys said we were the one department that always was in full attendance at the weekly general university Liturgy. That was one of the best teams I ever worked with. We learned a lot. In particular, we thank Jeffrey Wills, who was then UCU Vice-Rector, and in fact became the department’s main mentor. The results of my work were always important to me, but not less important was the atmosphere. I was lucky with UCU’s atmosphere. 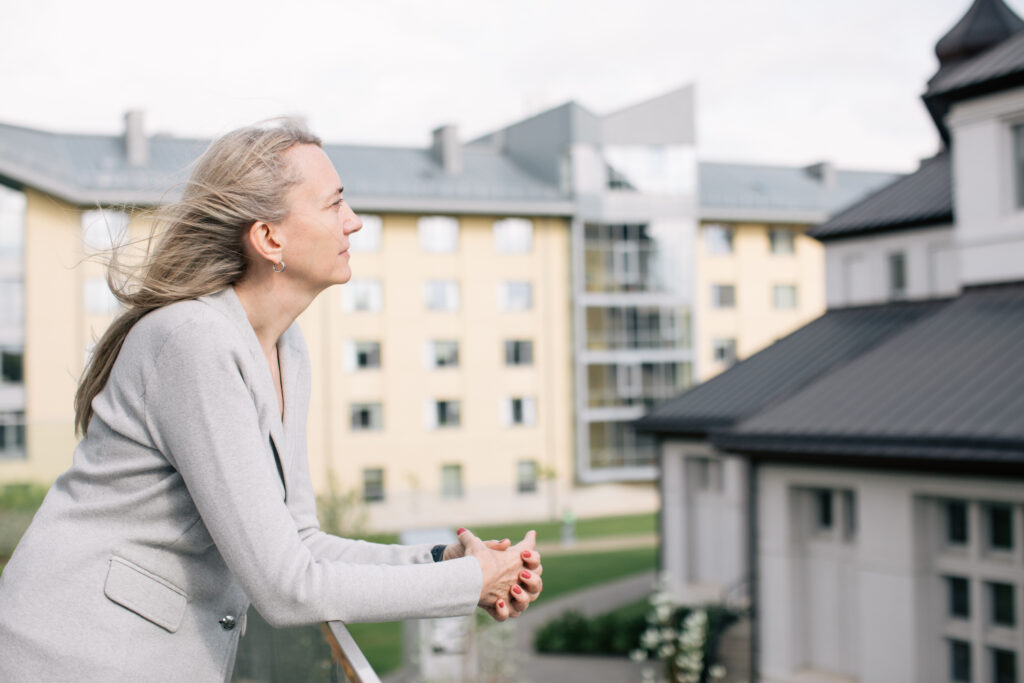 For some time I again started feeling that I was doing the same thing for too long. The archbishop suggested a few times that I take up fundraising. I was convinced that wasn’t for me, and in my worst dreams I couldn’t imagine that I would be going out with hand outstretched, asking for money. But the archbishop somehow believed in me, and I couldn’t refuse, and I agreed to head the UCU Development Department for one year [smiles]. Then I started my trips to the USA and my first meetings with donors. After every meeting, John Kurey, then President of the Ukrainian Catholic Education Foundation (UCEF), and I talked over all the pluses and minuses of the discussions. So John became my teacher in fundraising…

Every penny is important

When I started in fundraising and met various donors, I thought that only people who have money to spare donate. But then I saw those who lived very simply and frugally so they could donate more for Ukraine. I remember Stefania Pryshlak (1922-2008), for whom one of the rooms in UCU’s oldest building, on Svientitskoho Street, is named. She willed all her legacy to our university (approximately 200 thousand dollars). When I went to meet her, I imagined a big building, a life of wealth, but I met a woman who lived exceptionally humbly: in a small two-room apartment, not allowing herself many things and saving money to help support the university. I understood the importance of these funds that benefactors entrust to us, and every day I feel a great responsibility for every penny spent. I constantly explain to my team why we must have a very responsible attitude towards all expenses.

Developing/renewing the culture of philanthropy in Ukraine

I saw how developed the culture of philanthropy is across the ocean, and our team believed that we could fundraise in Ukraine. We once had a tradition of philanthropy, which the Soviets interrupted. For the fundraising campaign in Ukraine in support of UCU, the hardest thing was the first step, and then it moved by itself. Our American experience helped a lot. It taught us how to build long-term, honest, transparent relations with donors, to take into account their advice and thoughts.

When the pandemic took the world, I didn’t believe that it was possible to get donations from benefactors online. But the donors themselves strongly supported us in this difficult time. They accepted the new, virtual format, where we conducted a number of large events. 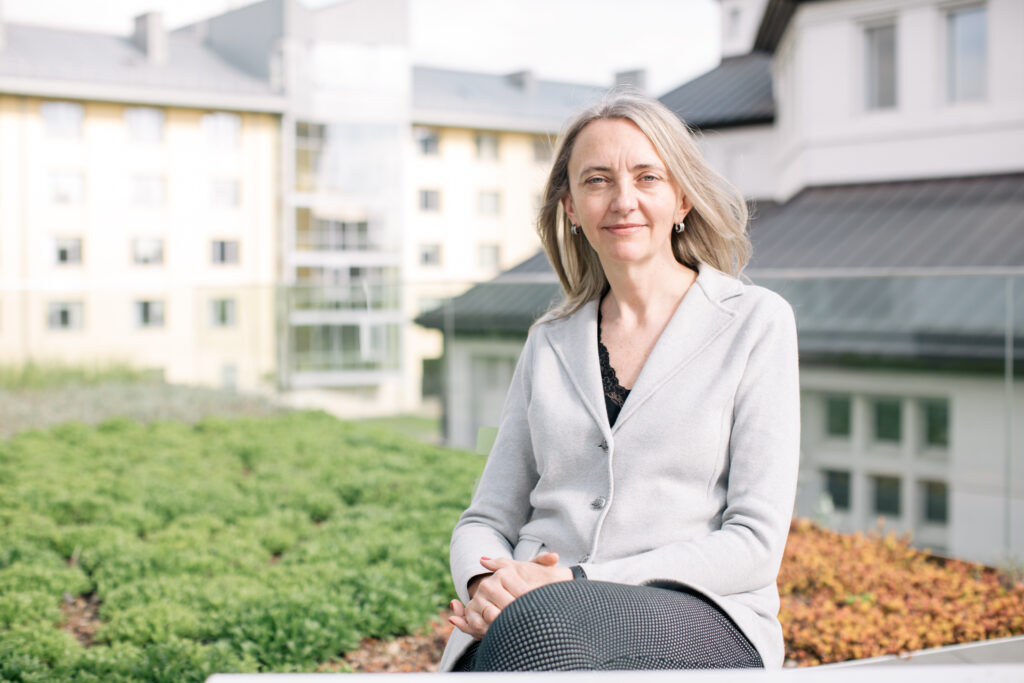 Blitz of questions for Natalia Klymovska

Describe your character in three words.

I’m responsible and life-affirming. I can take advice from others and find the positive in difficult situations. I’m concentrated: I don’t miss priority tasks.

What do people do that irritates you?

I really don’t like lies. Trust is very important for me in relations with people.

Outside of work, you’re involved with Scandinavian walks and love to travel. What other interests are social media quiet about?

I love to celebrate life. Maybe because I’m a very social person and it’s important for me to constantly have company. In addition to my own celebrations, I love to organize them for others. It doesn’t matter where, on trips, the mountains, various events. I create opportunities to be with people.

Are you a lark or a night owl?

All my life, I thought I was a lark. Now I don’t even know [smiles], because I often work like a night owl. With this kind of rhythm, its hard to determine what I am.

What book do you think should be made into a film?

I don’t know about a film, but there is one book that has helped me properly build relations with people, “The Five Love Languages,” by Gary Chapman… As soon as I read it, I became a promoter of this book. I buy 10 copies and give them out. When they run out, I buy more and continue to give them out. It has a lot of expert advice which personally helped me in relating to my husband, children, friends, and co-workers.

What is indispensable for UCU?

I have worked with Archbishop Borys Gudziak for so long that, for me, the university is inseparably connected with him.