Actors from various parts of Ukraine traveled from west to east and visited sites associated with Hryhoriy Skovoroda performing “The Poor Lark.” The theatrical platform Pava (Peacock) in conjunction with UCU’s student theater On Simon’s Pillars organized the theatrical tour workshop under the title “Center of Skovoroda.” 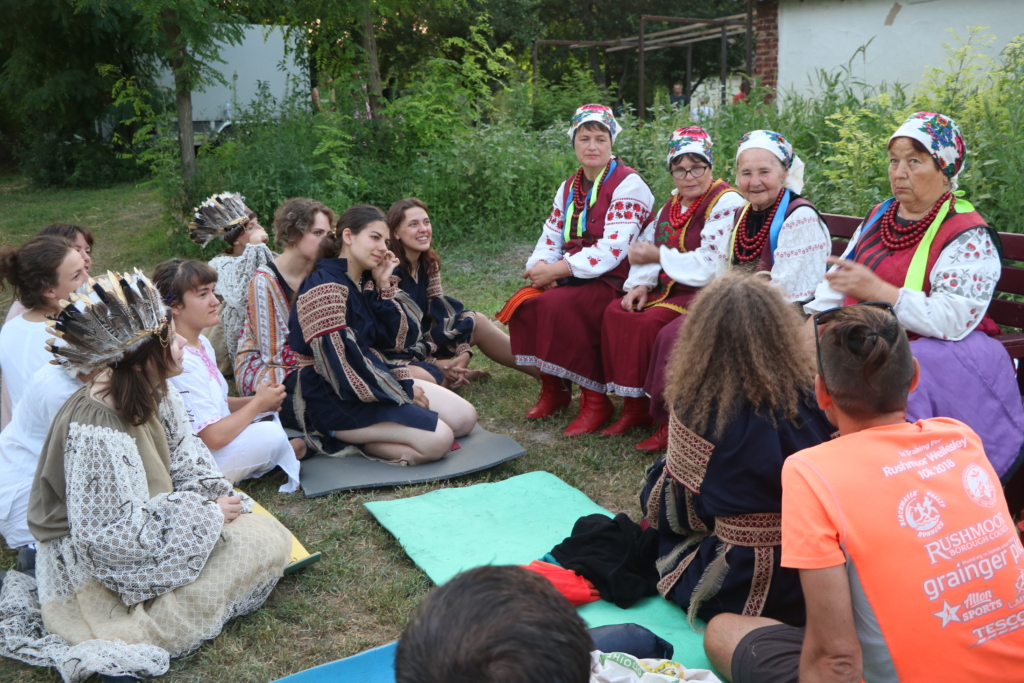 The touring part of the project happened from 19 to 26 July with the support of House of Europe.

According to Yevhen Khudzyk, director of the UCU theater, “Center of Skovoroda” is a laboratory for actors and musicians, researching the parable of philosopher Hryhoriy Skovoroda “Poor Lark,” and also Baroque chants.

The actors presented the performance and held master classes: at the Kharkiv Literary Museum, which holds the legacy of Hryhoriy Skovoroda; the village of Skovorodynivka, the last place where the philosopher lived and where he is buried; Vysokopillia, in which they organize the family holiday “Bread”; and the village of Kryachkivka in Poltava Region, where recently the festival “Kobzar camp Tree” was held. Lviv was the last place of the tour. According to the organizers, in these places and communities they not only honor Skovoroda, but they live according to his spirit. It is interesting that the majority of the sites are located in one geographic area, so the project was named “Center of Skovoroda.” 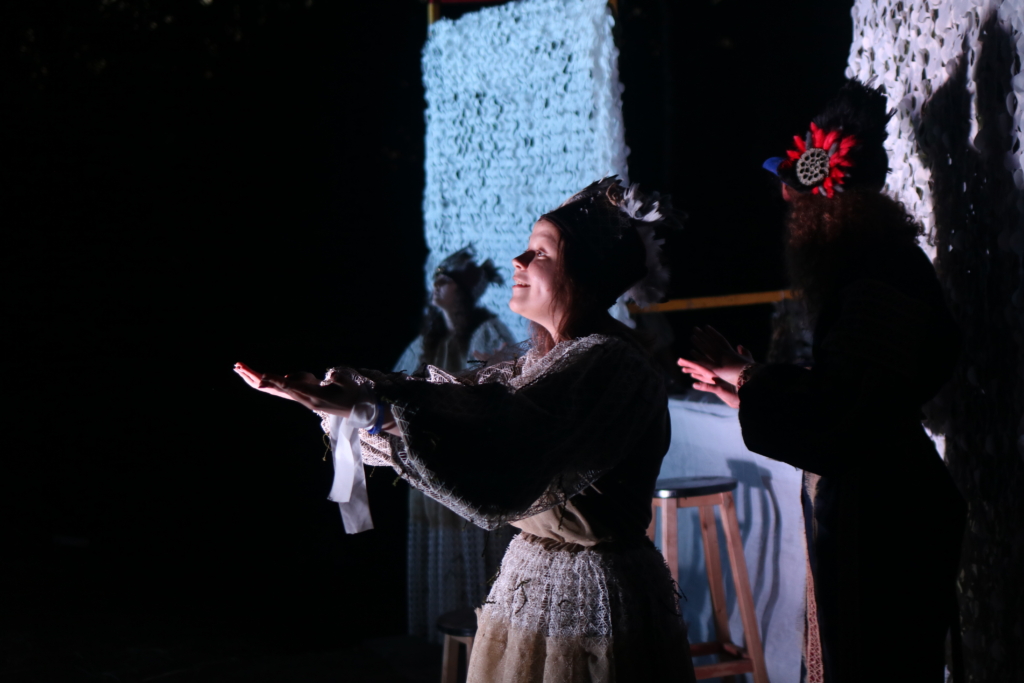 “It was busy and difficult. But something good and true is always born in victory. Many informal acquaintanceships and events. But upon return, it’s as if nothing happened. But this is an illusion. There are answers to important questions, vectors in which to move, and a commonality without which in general it’s not worth leaving the house.” Pedagogue and actor in the project “Center of Skovoroda” Dmytro Naumets shares his impressions. 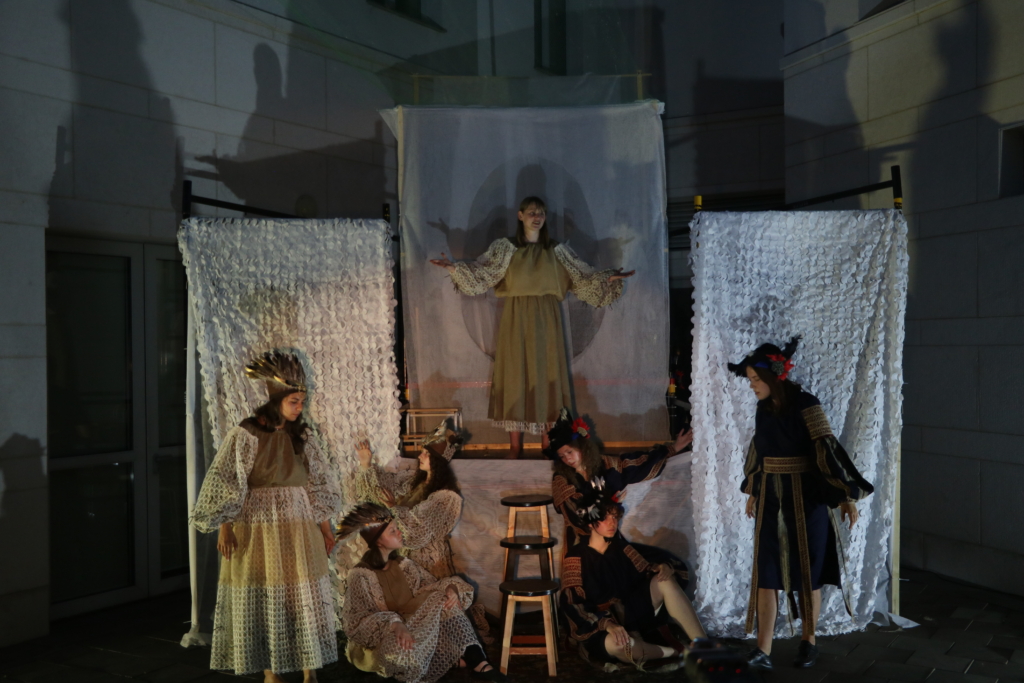 Olya Pirozhyk-Tsymbala, an actress in the project, says that she was satisfied with her participation. It was particularly interesting to work on the text of the performance, going deep into its essence. “During the performances, I wanted to share with the viewers what I myself understood, to present them with our joint work. And if something reaches the person’s heart, it means we are not creating in vain. Our tour was full of lively locations for performances, setting up stages, rehearsals and training sessions. But we managed to swim in a pond, sing by a campfire or with incredible old ladies with roots in Kryachkivka and eat together. I believe that the wisdom, views, and words of Skovoroda will become roadmaps, compasses in life for many.” 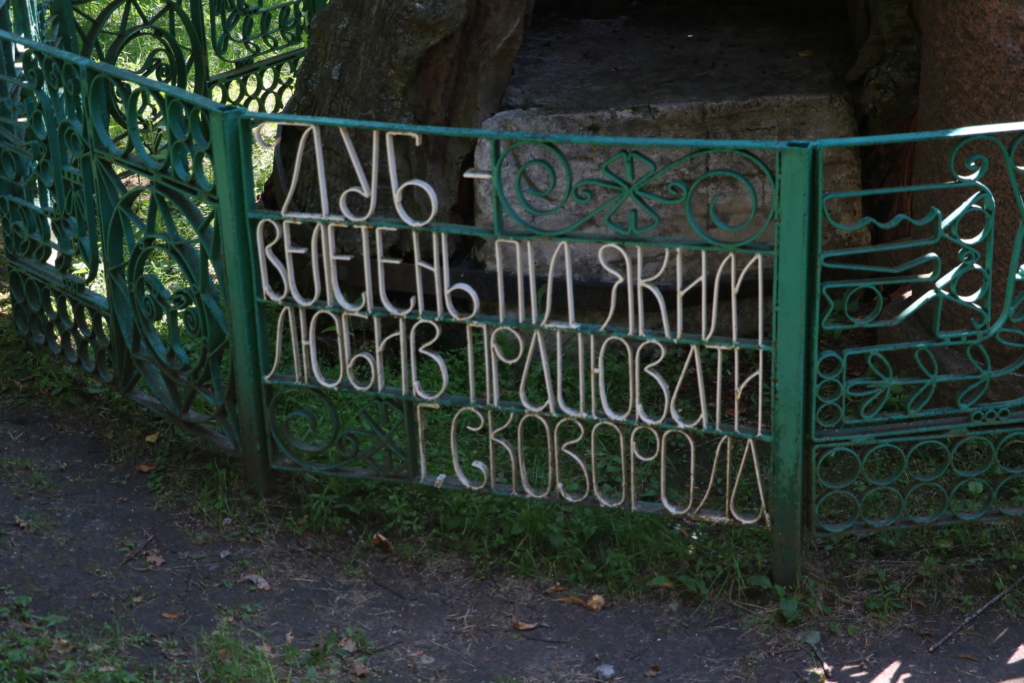 We add that on 20 September, with the completion of the project “Center of Skovoroda,” a documentary film about modern touring theater will be shown.