Founders and benefactors of UCU received patriarchal awards from the hand of His Beatitude Sviatoslav Shevchuk during UCU’s Celebratory Banquet, which was held on 9 September at Lviv’s Palace of Arts as part of UCU’s Celebration Week. 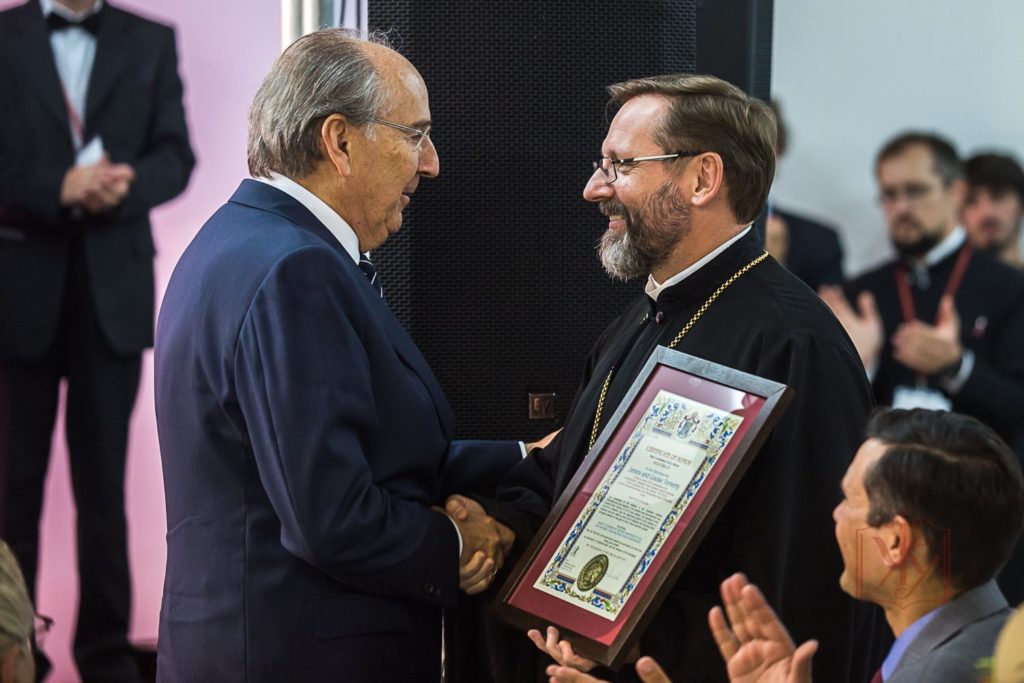 Some 40 benefactors and friends of UCU received patriarchal awards, those who contributed most to the Comprehensive Campaign of the Ukrainian Catholic University “A New Generation for a New Ukraine” 2010-2017, donating more than $100 000. Those in attendance at the banquet were able to receive their awards from the hand of UGCC Head Sviatoslav Shevchuk.

UCU has more than 100 international academic partners. There are 20 Friends of UCU committees throughout the world. Thanks to support and trust, UCU has built a university campus, opened the Patriarch Josyf Slipyj Collegium, an academic corpus, the University Church of the Holy Wisdom of God, and the UCU Kyiv Center. The final stage of the seven-year campaign is the opening of the Metropolitan Andrey Sheptytsky Center, which will become a place of innovations and a public platform for experts from various environments. UCU now has 6 faculties, 10 bachelor’s and 16 master’s degree programs.