The idea of a research laboratory with machine learning at the Faculty of Applied Sciences arose more than two years ago, but the first three workers started active work on it at the start of the last academic year. Separate premises for the laboratory were provided at the Sheptytsky Center and two servers were set up there for making calculations. 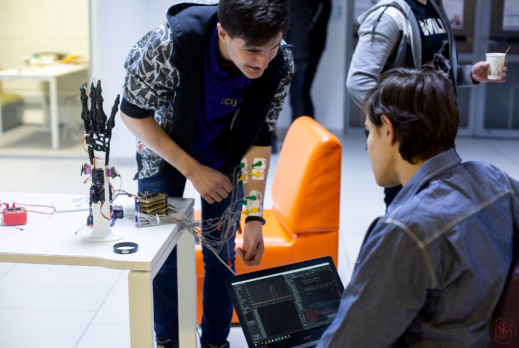 The next semester the amount of full-time employees doubled, and this academic year there are now 10 persons working as full-time researchers. Students and graduates of the faculty are not only developing socially-important projects, but they represent UCU in the international academic arena. Teachers of the Faculty of Applied Sciences Rostyslav Hryniv and Oles Dobosevych talked about the basic principles, methods of work, and accomplishments of the research laboratory. 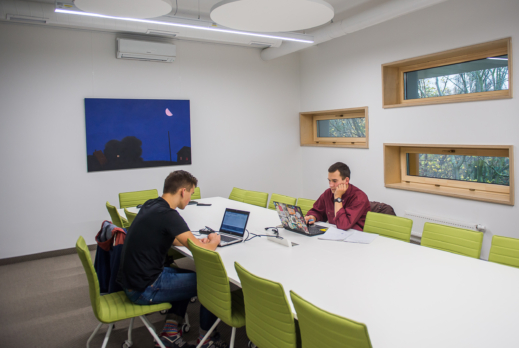 Rostyslav Hryniv, head of the Department of Applied Mathematics and Statistics and a teacher, admitted that the idea of the laboratory has changed during the work process: “At first we planned a classical organization of work, where the projects’ directors together with their subordinates work together in one location on tasks. But eventually we went to another model, in which research groups work together with academic and industrial mentors from various companies, and sometimes from other continents.” 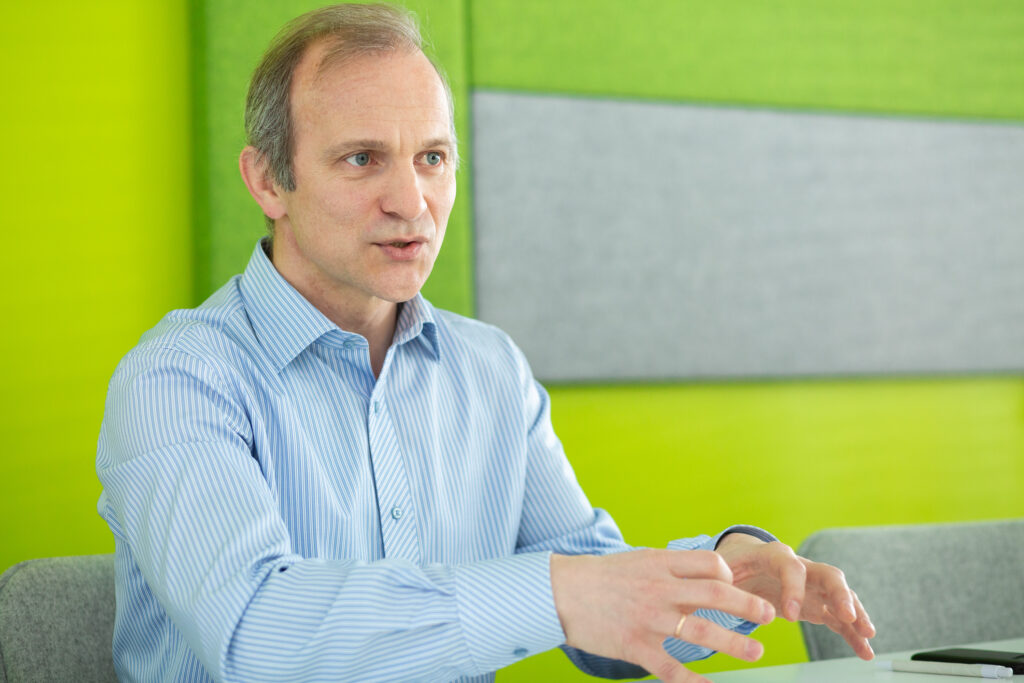 Oles Dobosevych, Assistant Dean of the Faculty of Applied Sciences and Head of the Bachelor’s Program in Computer Sciences, explained that the connection with the mentors and staff of the laboratory, though it sometimes involves large distances, is regular. “Of course, when it’s close to deadline, the frequency of contacts increases. Still, even at the initial stages the development of contacts with mentors occurs no less than a few times a week,” he added. 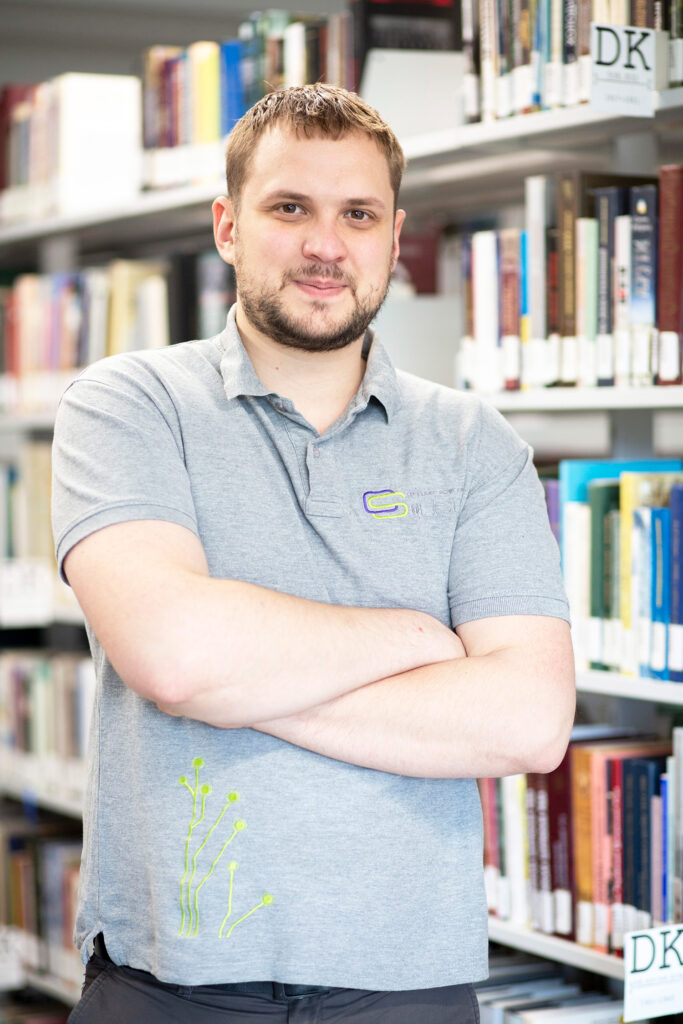 The story of a graduate this year of the Faculty of Applied Sciences, who soon after the 2020 winter commencement ceremonies decided to work at Facebook, demonstrates the intensity of communication between mentor and project team. “For the most effective cooperation with the project mentor at Facebook, our student even adapted her work schedule to American time. So, she worked most actively from four in the afternoon until late at night. And this story not only demonstrates our student’s success, but also that the Sheptytsky Center is open. And we’re very grateful for this possibility to work round the clock at the laboratory,” added Oles Dobosevych.

Rostyslav Hryniv explained that such a divided format of research work at this stage of the laboratory’s development seems to them the most convenient and productive, because it doesn’t limit the number of projects or workers. Instead, it allows the involvement of all interested in work, as workers and as mentors.

The effectiveness of the current format is demonstrated by the fact that in the year of active work the laboratory has grown to 10 permanent participants, among whom are current upper-class students in bachelor’s courses, master’s students, and even graduates. Regarding the development of the financing structure, Oles Dobosevych admitted that, even at the laboratory’s planning stage, the faculty’s leadership established a number of research grants for those students who eventually would become involved with the laboratory as the result of competitions. “For those researchers, permanent participation in the work of the research laboratory is mandatory. For students who work on laboratory projects but do not have research grants, the work is also paid.” 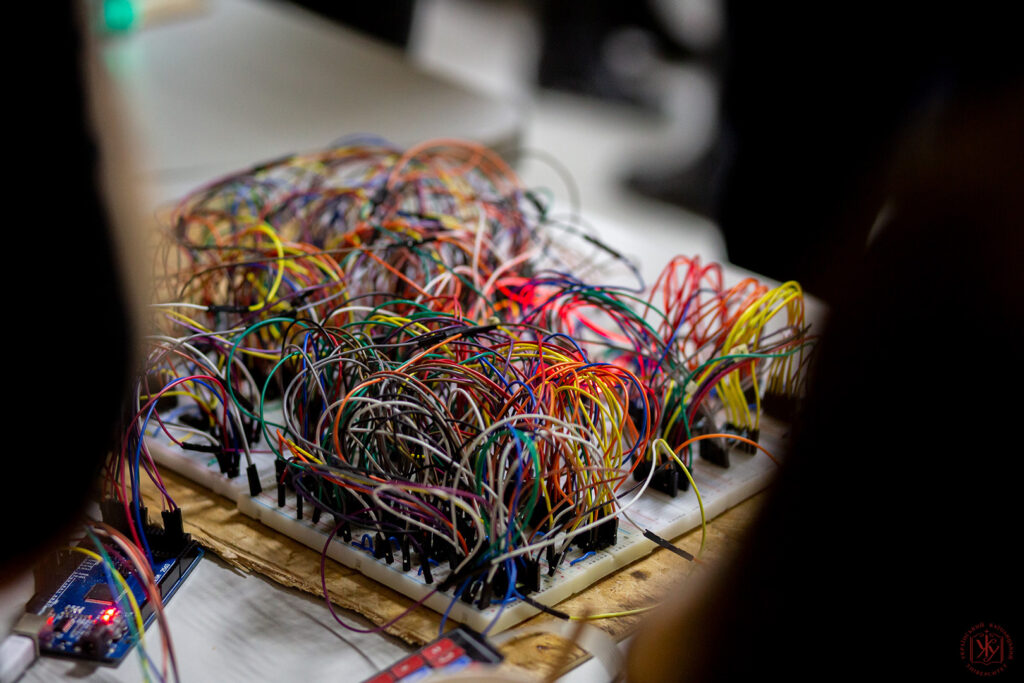 Perhaps the main priorities in the selection of projects for development and research are their scholarly value and social usefulness. Oles Dobosevych said that, in choosing projects, they prefer not simply to create a space for practice and improving skills but to teach students to accept intellectual challenges. “The task that we take up for development has to be truly worthwhile, somehow even unique, because an interesting and ambitious project not only adds an attractive line to the resume of our students but motivates leading mentors to join the laboratory,” explained the teacher. 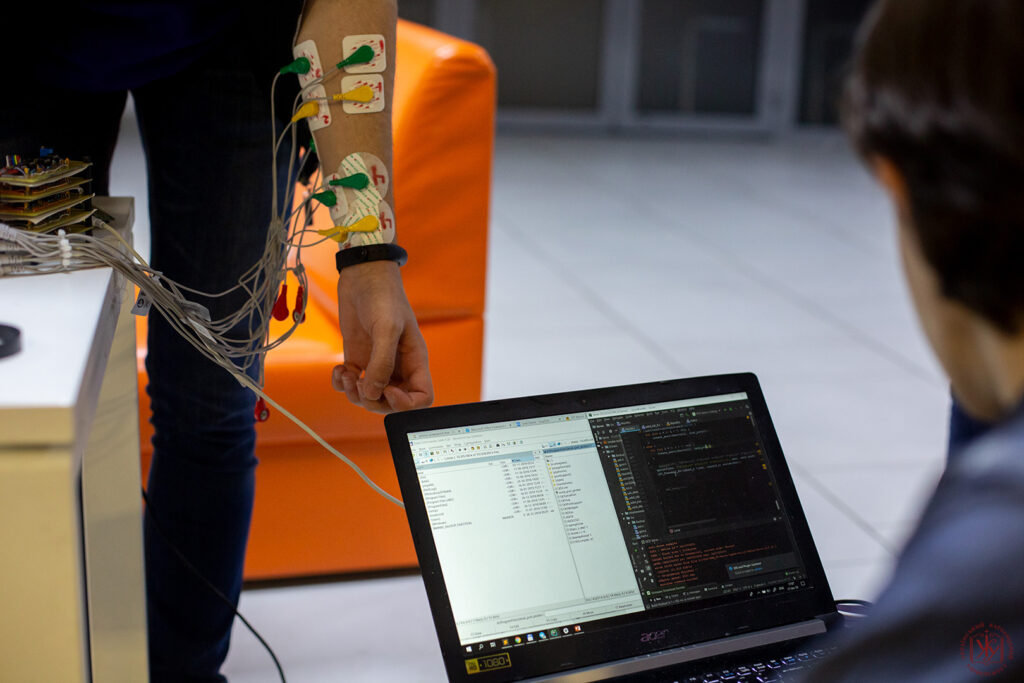 And so the project Cardio Vision, which, under the mentorship of Oles Dobosevych, students and graduates of the Faculty of Applied Sciences Bohdan Petryshak, Maria Dobko, Olha Bakai, and Sofia Harkot are developing, is called to solve a global problem in the area of cardiovascular illnesses. The UCU team strives, with methods of machine learning, to analyze images received through computer tomography, to reveal blockages in arteries, and to predict and so prevent future heart attacks. An Australian clinic is providing the data for analysis and the pilot testing is happening in Australia. Recently the initiative won the Microsoft AI Idea Challenge Contest.

“We are also working on the possibility of the automatic classification of black and white images,” said Rostyslav Hryniv, giving the following example of an ambitious task. “We are now testing a system which, on the basis of an image, creates its description. But this is only the first step. Eventually we will teach artificial neurons how to network sort these images by captions, narrowing the choice. In this way we will be able to make a great amount of archival sources more accessible to researchers and those interested,” added Rostyslav Hryniv. 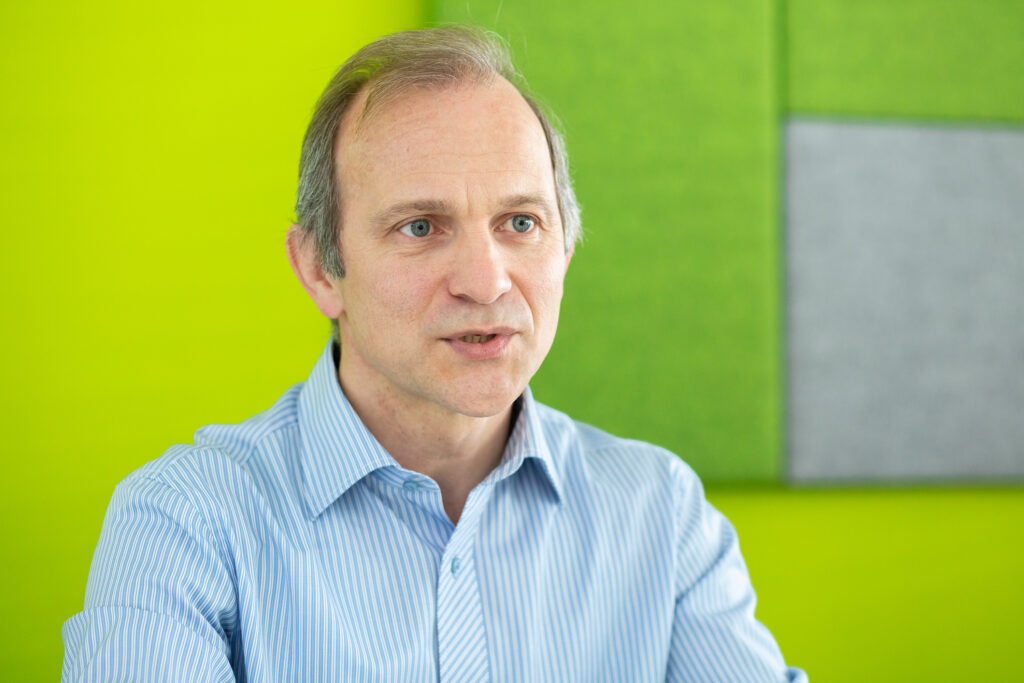 The organizers mentioned yet another of the laboratory’s challenges, a project to recognize Cyrillic texts. This is in partnership with the O. O. Potebni Institute of Language Studies. “Many archival cards which have great historical value have been found at the institute. And so they need to be digitalized. This involves the fourth tome of a Russian-Ukrainian Crimean dictionary, liquidated by the Soviet regime. The materials found served as a basis for the fourth tome. The pages contain countless handwritten notes. This is, at the same time, exceptionally interesting and exceptionally painstaking work,” explained Oles Dobosevych. 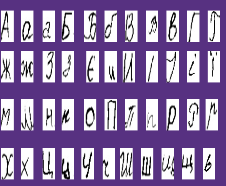 According to the laboratory’s organizers, its main task is not only to implement the idea and provide a project for a client. First of all, the founders of the research center strive to form student-researchers. “I am certain that today our first-year students look at upper-class students and, because of their example, see that programming is not only fulfilling a request well but is also an interesting and wide field for true intellectual research work,” added Rostyslav Hryniv. 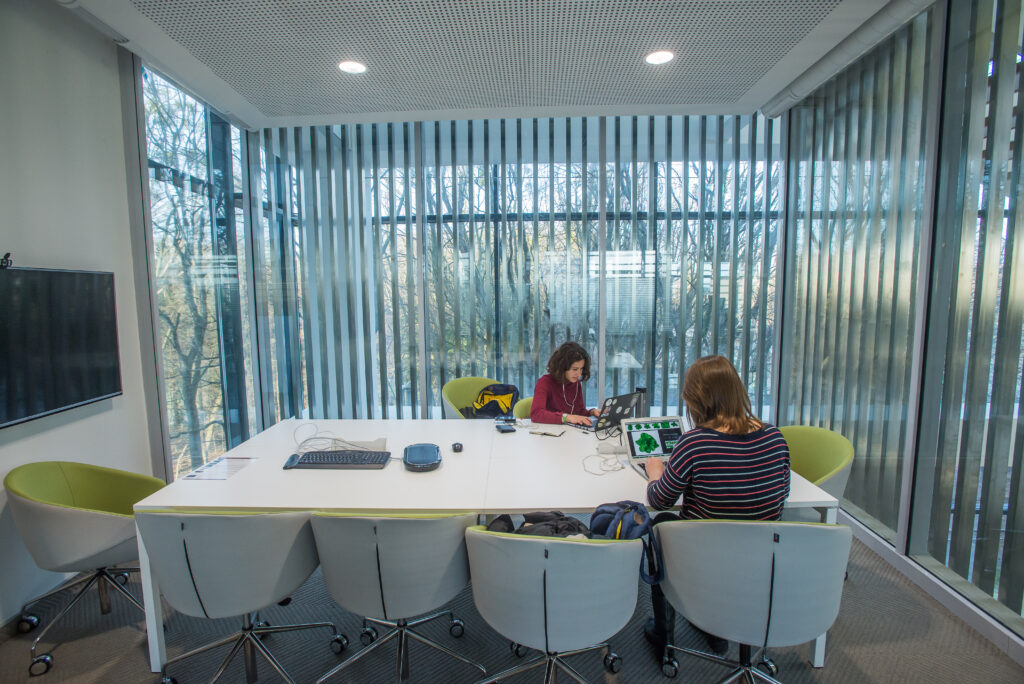 “When speaking about machine learning, projects in industry and in research go hand in hand. We are a small university, a young educational program, but our laboratory strives to think and act globally,” Oles Dobosevych admitted. “Some ambitious students and graduates are interested in taking part in research. And they actively represent us in the international arena.” According to the teacher, the last conference in Vancouver filled auditoriums of 7-8 thousand people. Among those presenting their own personal projects were five students and graduates of UCU. Planned for the next half year are 10 other events in Europe and the USA. 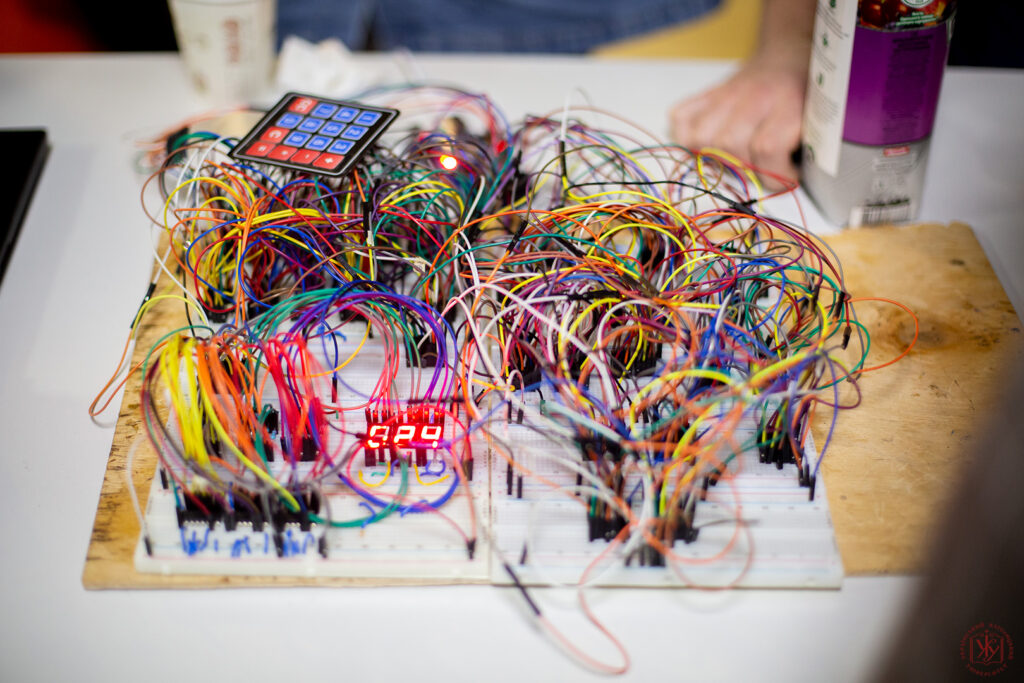 “Thanks to a presentation at such a conference, one of our students brought a product company to Ukraine,” added Rostyslav Hryniv. The organizers of the research laboratory are not thinking only about international recognition but about creating a larger machine learning community in Lviv. 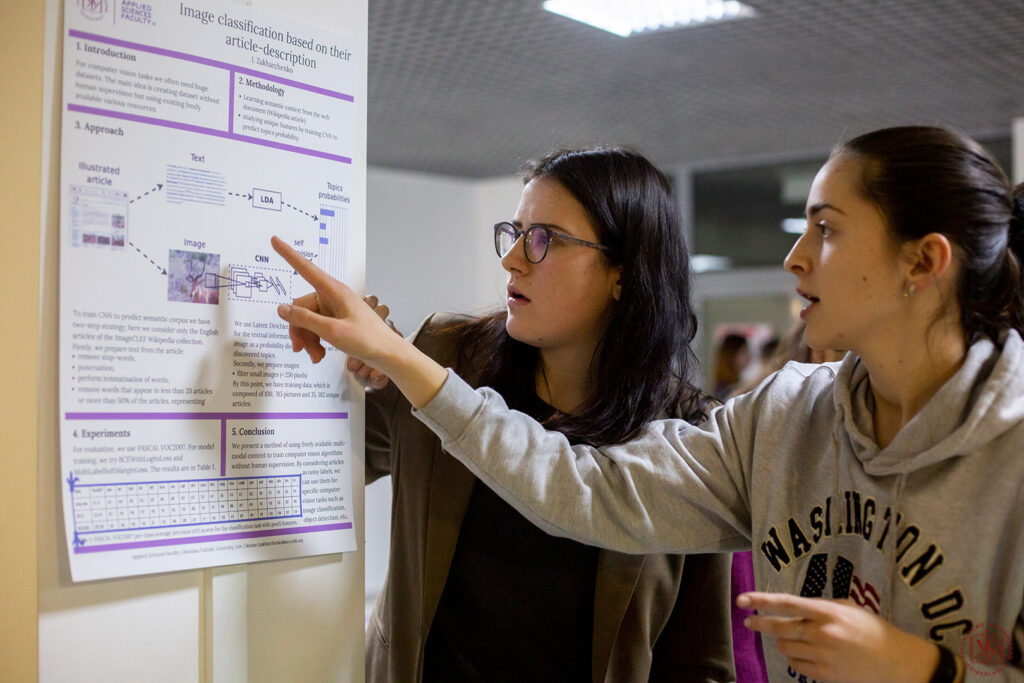 “Today Kyiv and Odesa are ahead of Lviv in the number of highly-qualified specialists, but we believe that when a number of product companies come into the Lviv market, they will change this. Increasing the demand for qualified workers, which product companies will bring along with themselves, will influence the outsourcing market.” So Rostyslav Hryniv emphasized the long-term prospects of the influence of the research laboratory. “Even today our ambitious graduates are forcing Lviv IT companies to establish and develop research and development divisions, and we only have one graduating class with bachelor’s degrees and three with master’s,” the teacher jokingly sums up.