On 12 September, UCU’s Institute of Family and Married Life marked the 20th anniversary of its activities. On the occasion of the celebration, a discussion was held, “The Family: Today’s Particularities.” The institute’s advisors sought answers to the questions of what it means to be a Christian family in Ukraine today, what should the institute be doing, and how to preserve family values and pass them on to future generations. 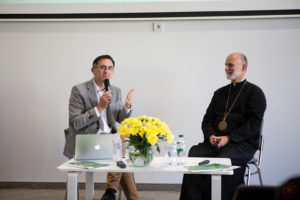 The founder and first director of the Institute of Family and Married Life, Yuriy Pidlisnyi, gave a short summary of the institute’s history.

“In July 1998, the UGCC Patriarchal Council Dedicated to the Laity was held. That year, five colleagues and I returned from studies in Liechtenstein and were looking for work. During the council, during a break between sessions, two people came up to me: Bishop Borys Gudziak and Fr. Mykhailo Dymyd, PhD. They said: ‘We’ve decided to found two institutes: the Institute of Ecumenical Studies and the Institute of Family. What do you think?” recalls Yuriy Pidlisnyi. 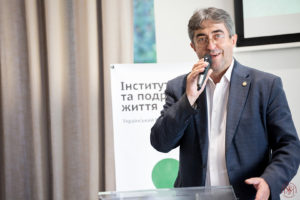 A few months later, on 6 October Yuriy Pidlisnyi was thinking about the concept and areas of activity of the Institute of Marriage and Family Life. First was a publication which saw the light with the staff’s efforts, “Documents of the Catholic Church on Marriage and Family.” Among the institute’s activities: instructional courses, scholarly conferences and seminars, visits to schools, training in natural family planning, and a student pro-life group. Now the Institute of Marriage and Family Life is headed by Olesya Kuka, who is continuing the activities of the founder and also looking for new approaches to popularize family values among youth.

Celebration of the institute’s 20th anniversary continues and we speak about the relevancy of family themes and new accents in family ministry with Bishop Borys Gudziak, President of the Ukrainian Catholic University and Bishop of the St. Volodymyr Eparchy in Paris. 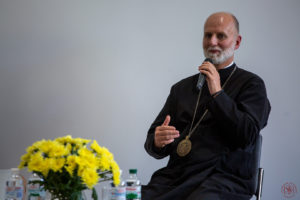 “One of the reasons why this question is so important for me is the dynamic that happened in my conscious life. I grew up in a fairly ‘fairy tale’ family. The son of parents who ran from bombs, the son of a father whose parents buried eight children. My father was the only child who survived this tragic period of life. My mother’s family was also hurt by the events of the war. I grew up in a time when immigrants in 10 years could own a home, when the middle class earned enough money to give it access to all necessities. I grew up when the traditional family was publicly strong and marriage was stable.

“A number of changes occurred which placed the traditional Christian family under a question mark, not only theoretically, but, as statistical data in Ukraine shows, it has become a minority. The question is not how to preserve some statistic or struggle for it. The question is what does this all mean? What, really, does the human being need?

“My mother passed into eternity this summer and I again gave some thought to my well-being, peace, and spiritual calm and how grateful I am to my family for this.

“There are analogies in the history of Christianity. The Christian movement was in the minority. It swam against the current. Historians increasingly reach the conclusion that one of the factors of the so-called ‘success’ of Christianity was the witness of love. They had no weapons. They simply shared their love. This witness gained more and more supporters. I don’t think that today we have a stronger method than this witness. And I sincerely hope that families will have courage and assurance that their daily lives, the disciplines of a good marriage and family, will ‘preach,’ will convince.

“I am convinced that, in many questions, in particular those connected with traumas, tragedies, and family challenges, there will be no great progress if we cannot respond to the phenomenon of fear and lack of trust.

“Families of priests have the same challenges as every family. There are no aquarium walls in which it’s possible to be isolated from society’s problems and challenges. There is, however, one particularity. The priest wants to dedicate his life to serving God; his wife and children need a husband and father. And there is a big question of balancing this axis. So each family needs to find balance, to be stronger together.”

The bishop’s words spoke to every heart, as was demonstrated by lively discussions in the hall. For some, more questions arose. Others, on the contrary, received the answer on what to do next. In the second part of the celebration, members of the institute’s advisory council reflected on what it means to be a Christian family. 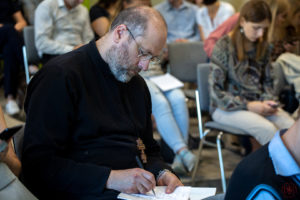 “Today the family and marriage is not experiencing but has already experienced great ruin. The so-called ‘ideology of relativism’ so quickly, like a whirlwind, went through western society, that we didn’t manage to realize that the ruin had already happened.

“One mother came to our parish in Austria. Her 10-year-old daughter came to her and said: ‘I still don’t know what my life will be like, but I’ve already decided that I will marry a woman.’ Living together without marriage has become the general norm among Catholic families. We have even had to adapt our methods of teaching in preparation for married life. In Vienna, when you are crossing the street and the green light flashes, an image lights up with two men or two women. I consider this a very sly approach, because adults only pay attention to the light but children to the image.

“One of the members of the commission on the family in Austria said that he sees very clearly the image of the family. He has the impression that he is looking at the planet from space and sees it in a dark light. But there are single small flashlights that shine brightly: these are Christian families. Though the ideology of relativism has thrust the earth into darkness, here a light of hope flashes. So what remains for us is the authentic witness of the true Christian family.” 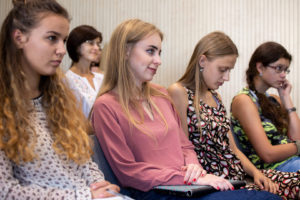 “The time will certainly come when people understand that what is being proposed is absolutely contrary to common sense. But such thoughts must be built on something very deep. Because an excess of emotion will lead to an outburst that will quickly fade.

“Another fundamental basic of the rebirth of family values is the question of faith. We must witness to the living Christ. Then everything will be reborn, for without faith nothing can be renewed.” 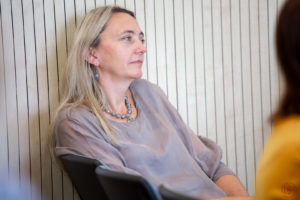 “To witness, to serve, to communicate: this is UCU’s motto and the best compass for what we should be doing. I consider that only the example of a good family can be our rescue. But what is a good family? Above all, this is a place where there is love. With love sprouts up trust, and so open and sincere relations are built. I think prayer together also helps form a good Christian family, for it unites us and makes us stronger.” 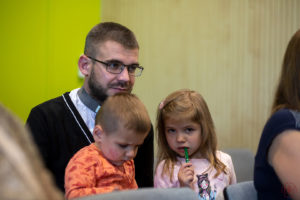 Yuriy Pidlisnyi, founder of the Institute of Marriage and Family Life and its first director

“When you see an attack on the family like, for example, that green traffic light in Vienna, you should understand that concrete people with concrete goals are behind this: to ruin the understanding of the traditional family.

“I want to talk about one matter for optimism. When Europe, which had become Christian, was surrounded by a cloud. At first under Muslim pressure the Holy Land fell. Then the Roman Empire began to fall. And then Muslim armies were near Paris. But the reconquest began. The Christians re-took the Iberian peninsula, the Crusades. They have been criticized, associated with bad deeds. But who knows what our world would be like without the Crusades? It’s not clear what lies ahead. But, in order for there to be a re-conquest, there must be people who have first experienced an internal ‘crusade.’

‘We can also have some kind of internal ‘crusade,’ that is, in witnessing, in which there is optimism. There need to be people who can be salt. Let us be the salt of this world!” 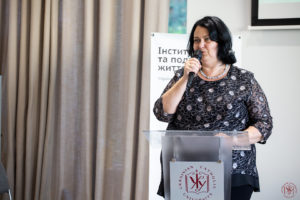 The celebration of the 20th anniversary ended, but the struggle with challenges continues. For on structures like UCU’s Institute of Marriage and Family Life depend the understanding of the family that will remain for future generations.