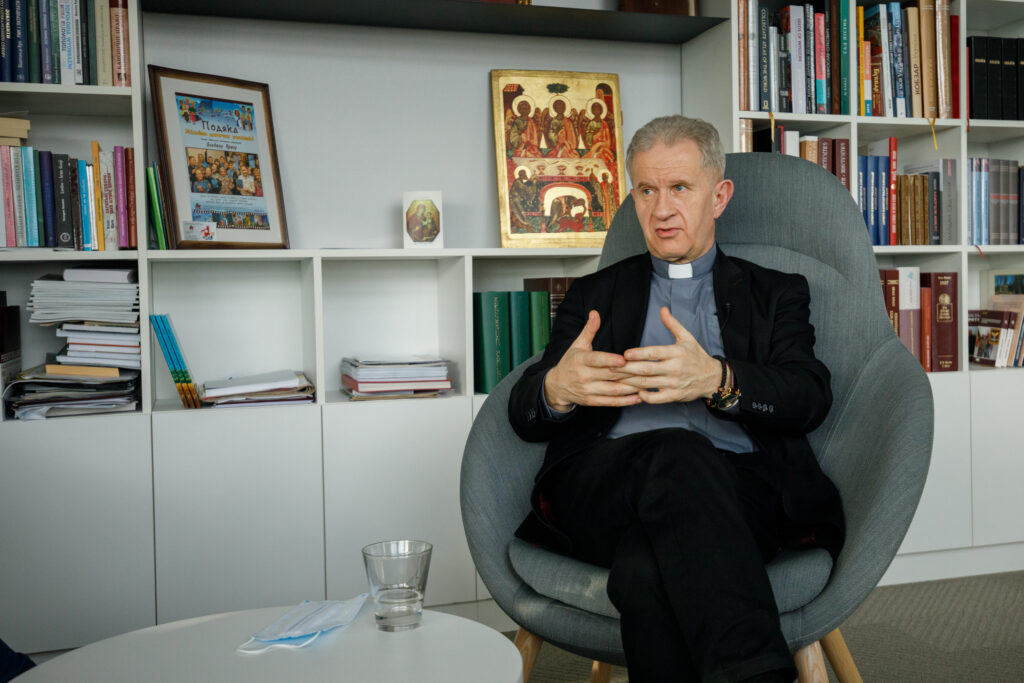 Before the Senate session, the senators prayed at a Hierarchical Divine Liturgy with Metropolitan +Borys, President of UCU and Eparch of the Archeparchy of Philadelphia (USA). During the session of the Senate, Andy Hunder, head of the nominating committee, informed the senators about the progress of the selection process for the position of UCU Rector and announced the procedure for conducting the voting. Then, Fr. Bohdan Prakh presented a report on his period as Rector and a program for the further development of the University called “Building on Strong Foundations.”

Addressing the senators, Fr. Bohdan stated that, during his term, like his predecessor, Metropolitan Borys, he continued to foster the community of the Ukrainian Catholic University in the spirit of Christian values: “We, the whole UCU community, always tried to grow in strength, not only for the outside world but internally in spirit and faith. We always witness to our vision, with words, examples, and concrete acts. Shoulder to shoulder we went through the Revolution of Dignity. We support our soldiers in eastern Ukraine. We support society, which with every new trial wavers in spirit. In various ways – through writing addresses, openly defending our positions, through volunteer work – step by step we overcome challenges. And, despite the difficult circumstances which Ukraine faces, the UCU team does not abandon its work. The University is growing quickly, with new buildings and people who are exceptionally strong in spirit.”

While arguing his decision to nominate Father Bohdan Prach for a Senate vote, Archbishop and Metropolitan of Philadelphia, President of the Ukrainian Catholic University Bishop Borys Gudziak emphasized: “I admire the process of the Rector’s election: today, in a world full of struggle for power and brutal campaigns, we witnessed a clear, transparent and unanimous process of consensus, gathering and communion of the community around their leader. Father Bohdan presented a report on the university’s phenomenal development: under his leadership, the university has become three times bigger in terms of the number of students, programs, buildings, and teachers. The principles and foundations of the Ukrainian Catholic University have been reinforced. Father Bohdan already has a candidate for his successor, the one to pass on authority and, above all, responsibility. Because being a rector is, first of all, a responsibility: to witness, to serve, to communicate, to be a modern Christian leader in various spheres – this is the legacy of Father Bohdan Prach and something he passes on to the entire community and Ukraine.” 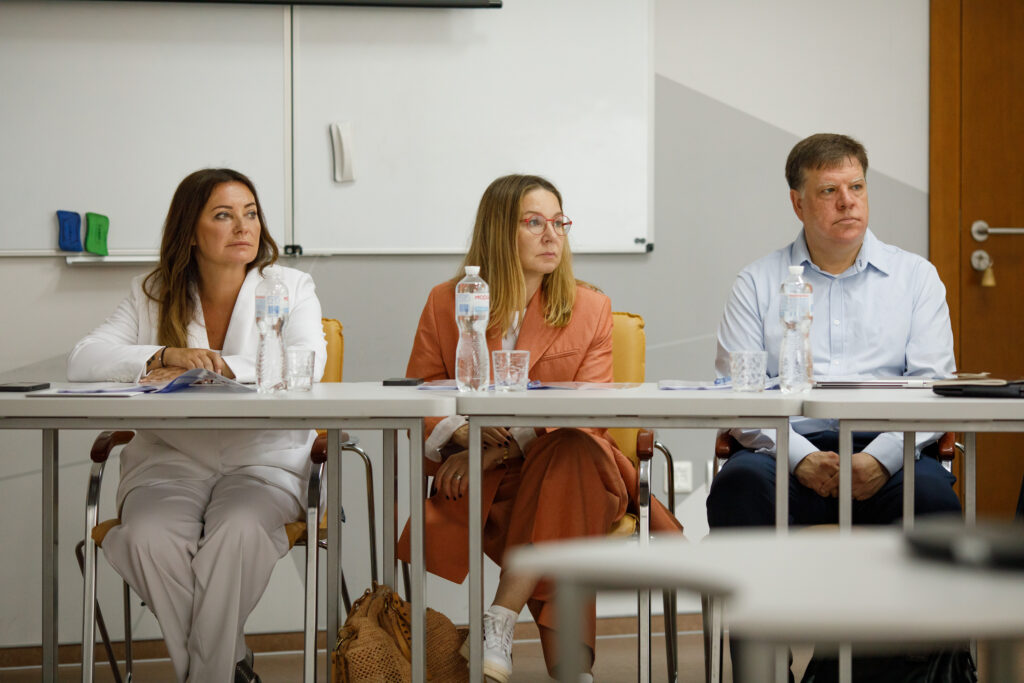 After Fr. Bohdan responded to the senators’ questions and the Senate discussed his program, a vote was held, resulting in the reelection of Fr. Bohdan Prach as rector of UCU for a second term.

In September 2013, after then Bishop Borys was appointed to serve in the Paris Eparchy of St. Volodymyr the Great, Fr. Bohdan became responsible for the University, as acting Rector. In 2016, Fr. Bohdan was elected to his first term as Rector. 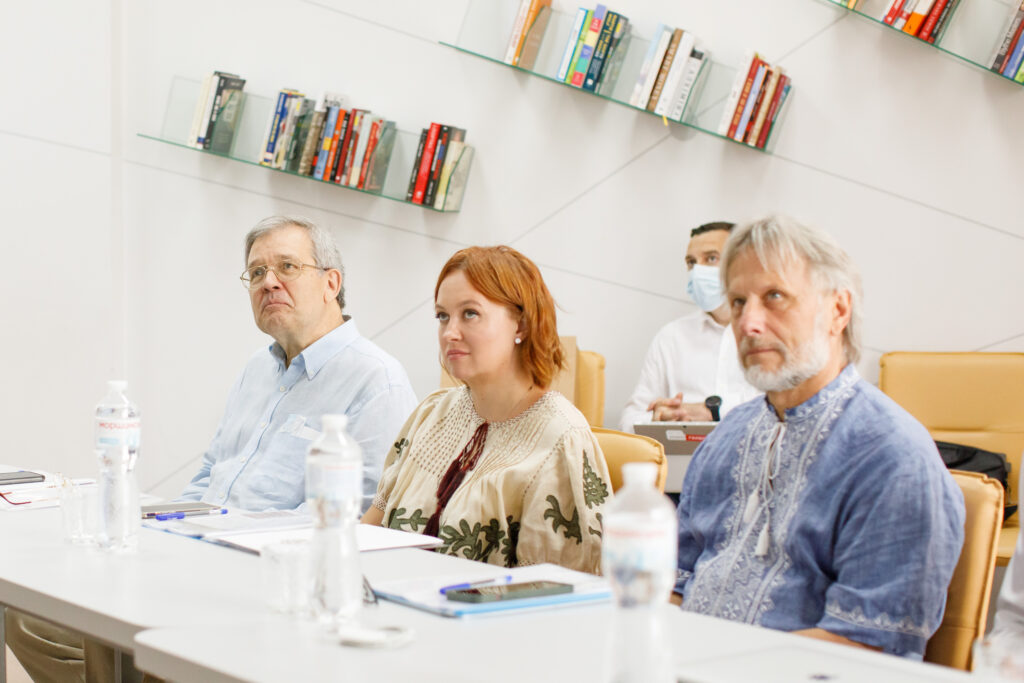 We note that, according to the UCU Statutes and the rules for election of a Rector, after meetings with the candidates, the nominating committee reports its conclusions, and passes the recommendations of the UCU Rectorate and UCU Academic Council, to the President of the University. Then, the President submits the candidates for the position of Rector to the Senate for consideration, first presenting them to the Grand Chancellor of UCU, the Head of the Ukrainian Greek Cathokic Church, His Beatitude +Sviatoslav. The President has the right to support one candidate or another for the consideration of the Senators out of those proposed to him by the nominating committee.

All the candidates sign a statement obliging them to maintain the ethical principles for conducting the election of the Rector of the University and the Ethical Code of the University. In addition, candidates are chosen according to the criteria of the Profile of the UCU Rector, a document which states the key characteristics and professional qualities of a person who will head the University and take responsibility for implementing the University’s mission and strategy, someone who is a leader who serves, together with the academic community of students, professors, and staff. 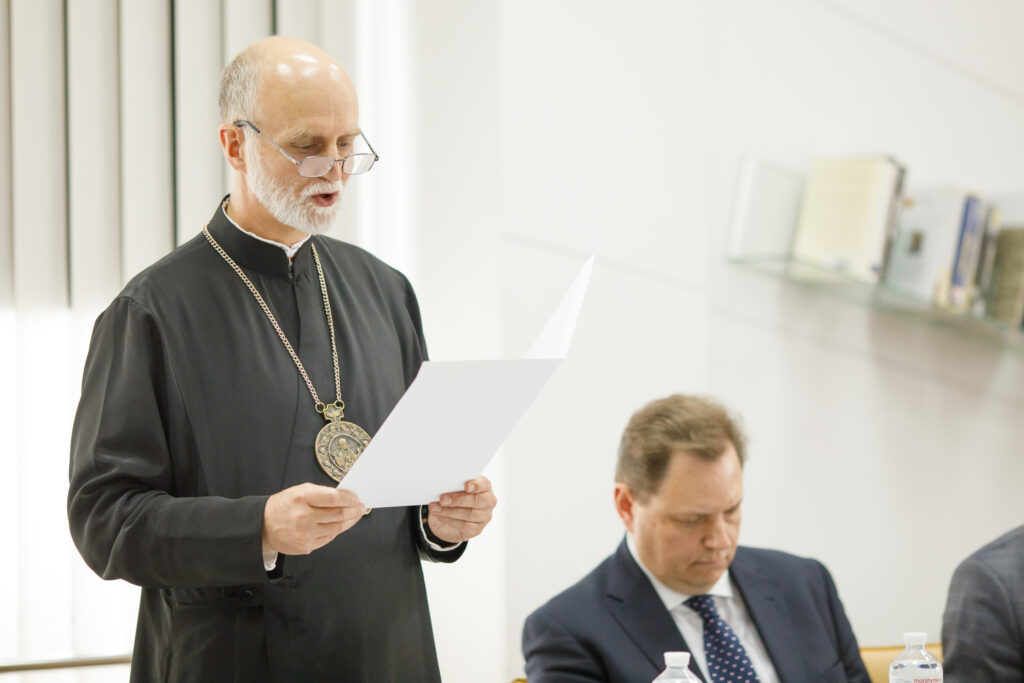 UCU Senator Bishop Bohdan Dziurakh, Apostolic Exarch in Germany and Scandinavia: “We are proud of UCU’s achievements and the people you send into the world as representatives of our Church. I am deeply grateful to Father Rector Bohdan Prach for reviving the university’s contacts with the UGCC through regular visits to our Synod of Bishops. It is an excellent idea that allows us to prosper. We can build further cooperation in this direction and hope for its generous fruits both for UCU and our entire Church.”

Nataliya Popovych, Honorary Senator of UCU, Founder of One Philosophy Group: “Looking around, we can see many leadership crises in important Ukrainian institutions, including state ones. Today, the Ukrainian Catholic University once again serves as an excellent example of a meaningful approach to taking responsibility for the institution’s development strategy, its implementation, adherence to great values, ​​and morality. I am glad that everything is happening in such a responsible way. I wish Father Rector Bohdan Prach to continue the filigree, delicate and calm leadership he has incorporated over the years. Now, at such a crucial stage in the university’s development, he is ready to retake this responsibility. It is a very well-considered decision that I admire. I believe that the Rector Father will continue to regulate all processes to strengthen the UCU community successfully.”

Andy Hunder, President of the American Chamber of Commerce in Ukraine, Chairman of the Nomination Committee: “We are glad that Fr. Bohdan will remain the leader of this wonderful university. UCU requires a great leader with solid and well-established credibility in society. Father Bohdan will be able to continue working on everything he has achieved with dignity. Therefore, the senators unanimously decided to support the candidacy of Father Bohdan Praсh. We see the changes that have occurred over the last five years: look at these premises, the spirit of the community, the teachers, the students. The university has a clear strategy for the next five years. I believe that it will develop and grow on the solid foundation laid by Metropolitan Andrey Sheptytsky and Patriarch Josyf Slipyj. That is why we, the senators, are so optimistic about the future.” 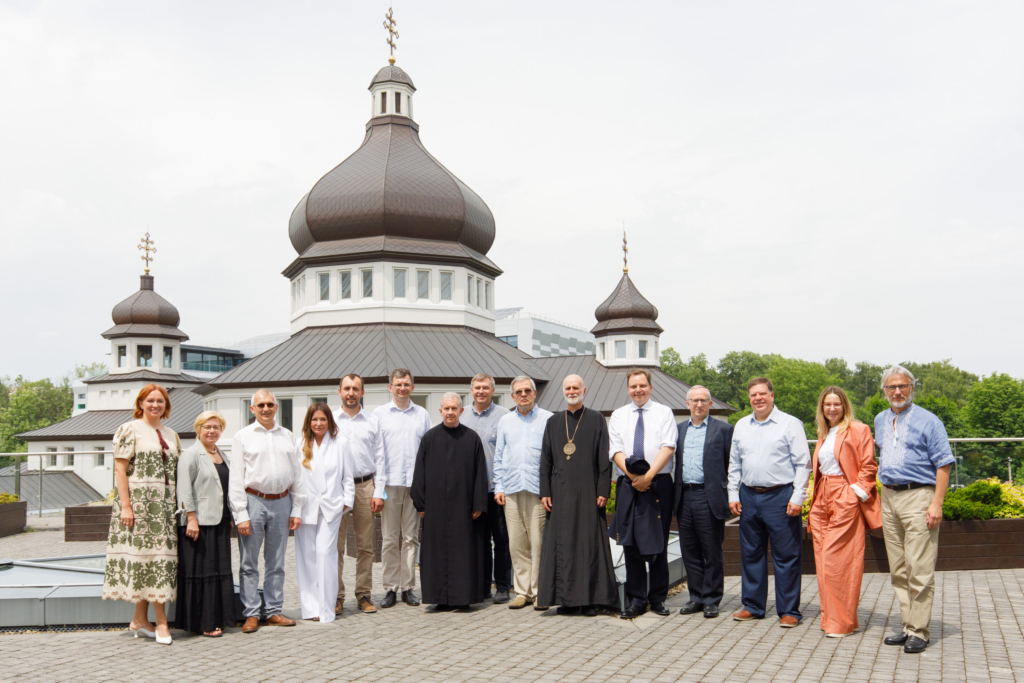 Iryna Ivanchyk, UCU Senator, Founder of the Believe in Yourself Charitable Foundation: “We all love and know Father Rector Bohdan Prach. He is an unopposed candidate since no one can steer the large ship of the Ukrainian Catholic University into the future as humbly and consistently as he does. Therefore, I am glad that we unanimously elected Fr. Bohdan and will enjoy working with him for another term.”

At the end, Father Rector thanked all for their expression of trust: “We dream bravely, and our vision of the University in 2025 demonstrates this. I am grateful to our community, the Academic Council, and the Rectorate for the expression of trust to continue heading our university, for the realization of these ambitious strategic plans. I thank our Grand Chancellor, His Beatitude Sviatoslav, our President, Metropolitan Borys, and the UCU Senate for the invitation to lead the University to new heights. We are counting on the support of the senators as the leaders of our next global fundraising campaign for the development of the university and the realization of Strategy 2025 “Serving University.” It is only with your active support and leadership that we can aspire to greatness.”