The Faculty of Social Science and the Institute of Religion and Society of the Ukrainian Catholic University (UCU) in December held a two-week online School of the Social Thought of Andrey Sheptytsky. 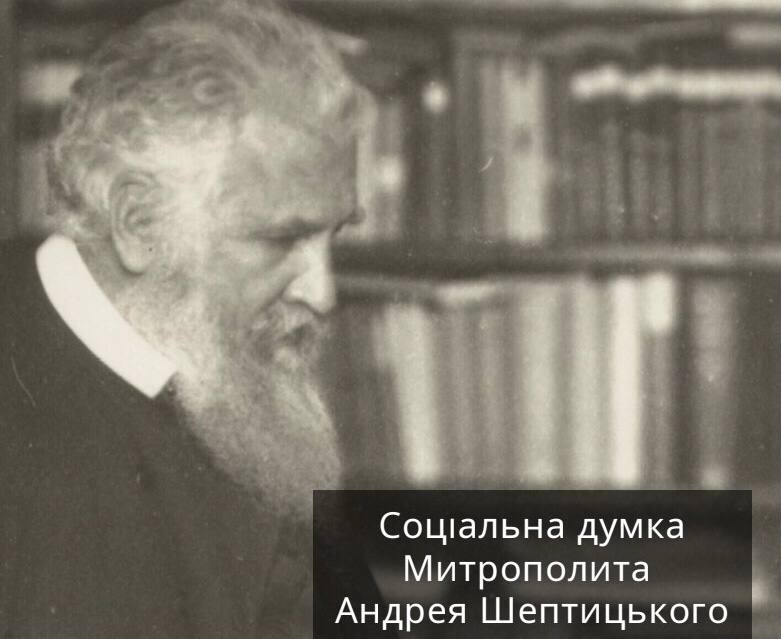 Experts from various fields analyzed the legacy of the metropolitan and its relevancy. Among the speakers were: Myroslav Marynovych, human rights defender, journalist, UCU Vice-Rector for University Mission; Sophia Opatska, UCU Vice-Rector for Academic Affairs and founding dean of the UCU Lviv Business School; Zinovii Svereda, President of the Academy of Ethics and Economics, and himself an UCU graduate; and Adrian Slywotzky, partner at Oliver Wyman and leading business consultant.

During his lecture, Marynovch noted: “It’s as if Sheptytsky had a compass inside that pointed to the Lord God. Power changed hands in the country seven times. This compass turned that many times as the arrow moved, but sooner or later, it stopped at its main pole, the Creator.”

Marynovych also emphasized that the “alpha” from which the metropolitan started to create social good was always the commandments of God.

Historian Liliana Hentosh talked about the metropolitan’s attitude to totalitarian ideologies. In her words, Sheptytsky condemned any use of violence, even for a high goal. During the period of the wars, he openly criticized any forms of terror in combat with the enemy: “A criminal is always a criminal, and a saint cannot serve with bloodied hands,” she quoted the metropolitan.

Opatska presented a practical case about the founding of the first Ukrainian bank, of which Sheptytsky was the main hero. It teaches us to think in categories of long-term planning with an accent on values, principles, virtues, and an understanding of the long perspective. Slywotzky talked of the metropolitan as a person of deep faith He believed in principles of love of neighbor and was armed with an unwavering ethical compass. The combination of these characteristics allowed him to formulate some principles which guided his economic thinking and became the basis of his economic program:

“This small collection of principles allowed absolutely non-ordinary results to be achieved,” emphasized Slywotzky. “Look at what happened thanks to Andrey Sheptytsky in Halychyna [Galicia], which was very poor and had no access to economic opportunities. Hundreds of local small financial institutions were created, which were in the possession of investors who kept their savings there. By the First World War, Halychyna had 517 financial cooperatives, almost half of them directed by priests who were subordinate to the metropolitan. The best practices in agriculture, trade, and craftwork were spread to every village. Also, reading rooms, mini-libraries, opened in villages. And this economic movement spread at a rapid pace. By the Second World War, there were 4,000 cooperatives. Maintaining these principles lead to exceptional results.”

“The knowledge acquired absolutely is appropriate for work with students,” said Svitlana Khyliuk, director of the UCU Bachelor’s Degree in Law Program.

“I will share what I learned at the school with students. We have a practice in which in meetings we discuss various themes that concern the students. The experience of Metropolitan Sheptytsky gives answers to many questions. It offers views on solving today’s problems and also explains how those values which we foster at UCU can be successfully applied,” said Khyliuk.