The team of students of the MS in Computer Science with specialization in Data Science of the Ukrainian Catholic University (UCU) won first place in the international competition 2017 Queen‘s International Innovation Challenge on November 24 in Toronto. The winners now have the opportunity to present their project in the international arena and won a cash prize of $20,000. 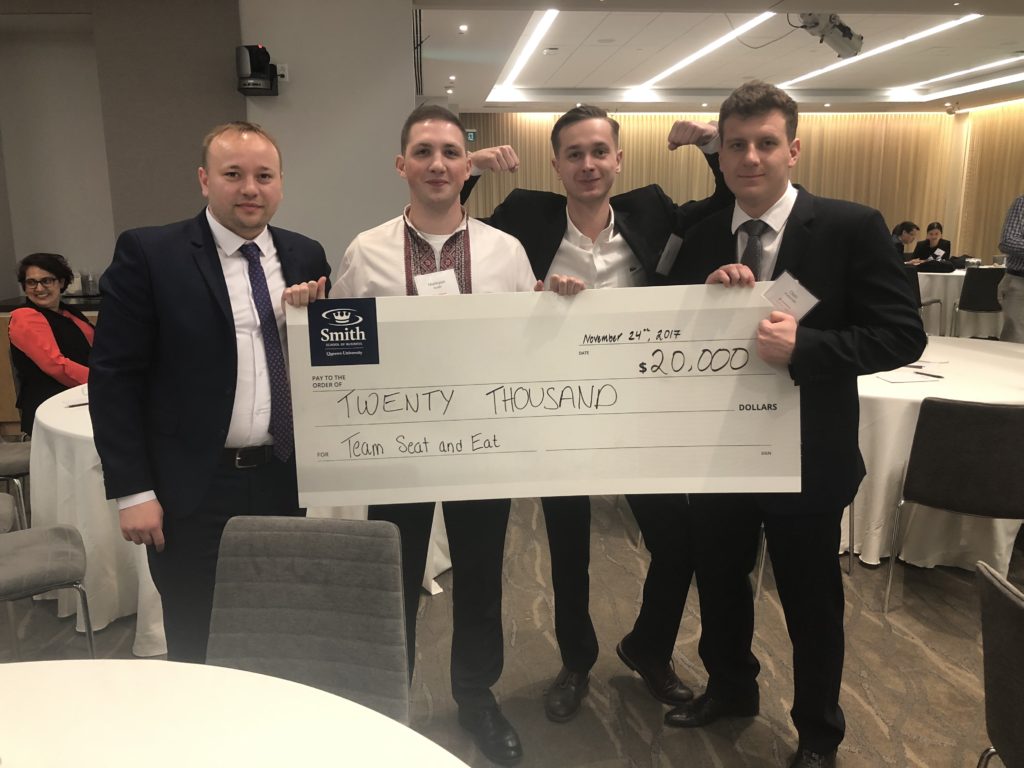 111 teams from nine countries took part in the finals of the competition: Australia, England, Brazil, India, Canada, Portugal, the USA, Hungary, and Ukraine. The team of UCU master’s students, Seat & Eat, developed the project “Crop Saver: AI for Plant Disease Recognition.” Thanks to our students’ project, crop disease can be detected in its early stages.

The Ukrainian team researched the problem of food lost because of plant disease. Thanks to the platform developed by Seat & Eat, farmers will be able to receive information on the state of their fields and see zones of damaged cultures and data on the state of the soil, and even receive recommendations regarding optimal means for increasing their crops.

Orest Kupyn, a student in UCU’s MS in Computer Science with specialization in Data Science program, explained that the team developed a platform that collects, analyzes, and visualizes data from agricultural drones. They worked almost a month on the first prototype and presentation of this platform. 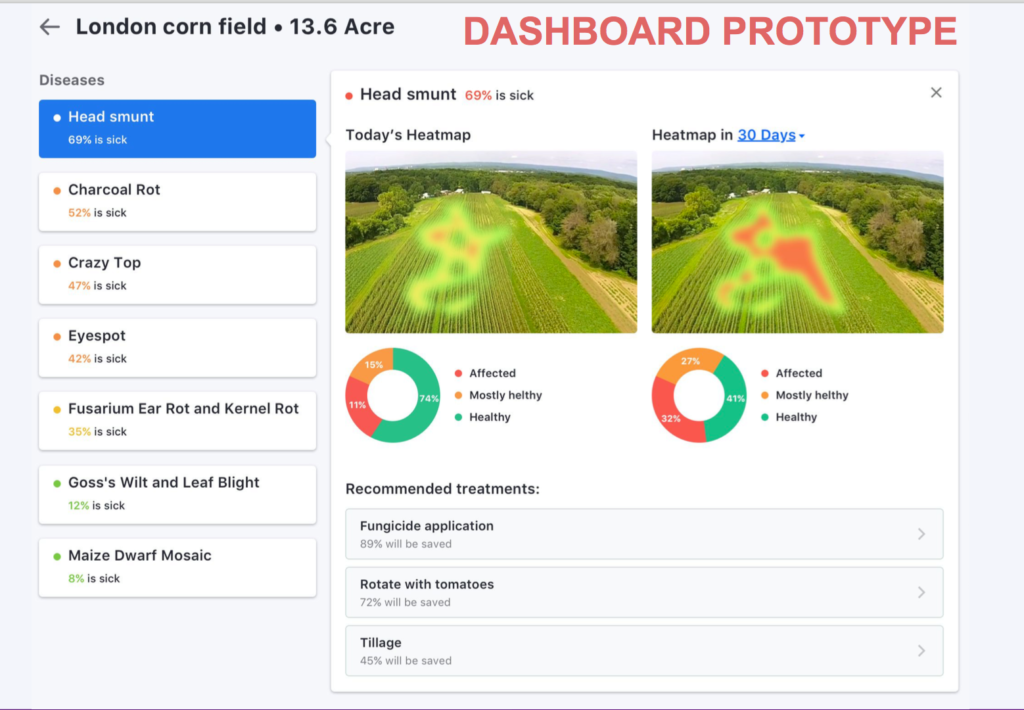 Kupyn shared details: “We modeled the following situation: You’re sitting on a comfortable chair and managing your fields with the help of a tablet. The drone flies around the field, determines that part of the plant is diseased, and sends data to the tablet. You immediately see recommendations on how to solve the problem; you can model predicted consequences of the spread of the disease and losses. You choose the optimal time and date to spray the damaged section with fungicides (the system also proposes this based on data about moisture, weather, etc.) and directs the drone to spray. This system helps farmers preserve crops, reduce losses, and save time.”

The Ukrainian students started work on the project during the course “Introduction to Data Science,” which is one of the courses in UCU’s MS in Computer Science with specialization in Data Science. The course is taught by Oleksandr Romanko, a professor at UCU and the University of Toronto and Senior Research Analyst with IBM, who said: “During my course I help the master’s students and show possibilities in the discipline. As a teacher I am happy that the Seat & Eat team took advantage of this. Their project is successful, because it’s practical and uses many algorithms of data analysis. And, most importantly, it can be re-created as a start-up and prepare a product. With the help of this victory, we hope to create new possibilities and popularize internship exchanges of Ukrainian and Canadian students at universities and companies.”

The students’ trip to the Queen’s International Innovation Challenge was supported by the Ukrainian Catholic University and the companies ELEKS and N-iX (the company supports second year in a row).

This is the second year in a row that teams of master’s students from UCU’s Faculty of Applied Science have been finalists in the Queen’s International Innovation Challenge. In particular, Orest Kupyn and his classmates received third place out of 300 in last year’s competition thanks to a project for the Bank of Montreal.

A student in UCU’s MS in Computer Science with specialization in Data Science and a member of Seat & Eat, Orest Kupyn said: “I’m impressed by the format of the competition, inasmuch as here it’s necessary not only to write much code and implement the project but to present the business side of development. The finals of the competition transform into a kind of ‘pitching your start-up,’ which is also a great opportunity to develop soft skills. Thanks to the experience of participating in the Queen’s International Innovation Challenge, I knew precisely what our team should focus on. Each of us for some time now has worked as a programmer, so we gave much attention to the technical part.”

About the master’s program

UCU’s MS in Computer Science with specialization in Data Science program opened in September 2016. It is in English and practically oriented. This master’s program provides a quality education, skills in the field of programming and data analysis, and also offers students classes in soft skills and meetings with Ukrainian and world leaders.

Oleksii Molchanovskyi, director of UCU’s MS in Computer Science with specialization in Data Science program, said: “In our program the creation of opportunities for students is critical. In today’s world universities have lost the monopoly on knowledge – it’s possible to learn data science technologies anywhere: online courses, ordinary courses from various companies, etc. But creating opportunities and using them is where we are different. We consider the fact that our first incoming class has already taken advantage of these opportunities to be a wonderful result, and this year we achieved such an incredible result – first place in an international competition. I think this proves we’ve chosen the right path of development.”