The book “The Ukrainian Greek-Catholic Church: A Short History” has been published in English. The author is a researcher of the UCU Institute of Church History and professor at UCU, Anatolii Babynskyi. 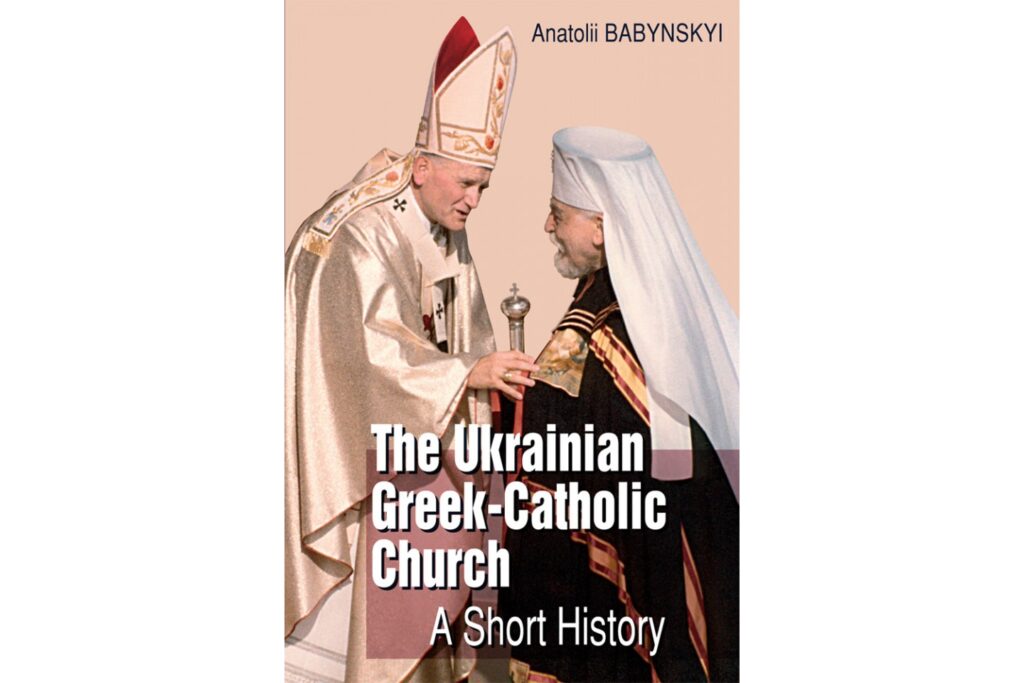 This popular publication briefly and in an accessible way describes the history of the Ukrainian Greek-Catholic Church from the beginnings of Christianity on the territory of Ukraine to today. The book is written in “a simple style about complicated things” so that those who know little of the history of Ukrainian Greek-Catholics can get a full picture of the course of events in a fairly short amount of time.

Svichado Publishers released the book in cooperation with the UCU Institute of Church History. In 184 pages the author gives a concise survey of the whole history of the UGCC, from the Baptism of Rus to the Revolution of Dignity. So this scholarly yet popular publication will be accessible not only to experts but to average readers: “A diplomat, a business leader, a religious or cultural activist, or an ordinary tourist can easily read the book in the time it takes to fly from any European city to Ukraine’s capital,” writes Dr. Andrew Sorokowski in his foreword to the book.

According to Anatolii Babynskyi, outside Ukraine it is possible to acquire detailed information about the history of the Ukrainian Greek-Catholic Church only from narrowly specialized publications. “There is no popular literature to which anyone interested could turn,” explains the author. “And so Svichado Publishers suggested publishing a short work on the history of the Ukrainian Greek-Catholic Church. Since I am not an expert on all periods, I drew on the work of my predecessors, Sophia Senyk, Archbishop Borys Gudziak, John-Paul Himka, Oleh Turiy, and others. So I managed to prepare a brief popular publication, a general history of the UGCC. Part of the run will eventually appear in the USA, and the book can also be purchased in Ukraine at Svichado stores.”

With a slightly different name, the book has already been published twice in the Ukrainian language. But, according to Anatolii Babynskyi, the English-language publication was adapted for its target audience.

According to Dr. Oleh Turiy, Director of the Institute of Church History, the book is even more relevant during the Russian-Ukrainian War, since the Russian government and the Russian church constantly manipulate historical and religious facts to justify the inhumane aggression against Ukrainians. “Academic popular research which is based on facts will help counter this constant propaganda. This will give an understanding of Ukrainian history to a wide audience. And so we’re glad that there was an opportunity to publish this book now.”

Oleh Turiy states that the fact that a book by a Ukrainian author is being published in English demonstrates an important change in the academic world: “If at the start of our independence we translated a history of Ukraine and a history of the church from English, now we ourselves can offer a publication which will be used abroad.”

Oleh Turiy emphasizes that a short Ukrainian-language history of the UGCC has been greatly necessary in Ukraine, inasmuch as a concise synthesis of the history of the Ukrainian Greek-Catholic Church in the context of the development of Christianity in Ukraine in general was lacking. The book now is available for the English-language reader. “They often say that the Ukrainian Greek-Catholic Church starts with the Union of Brest. Anatolii Babynskyi, however, in this publication presents the integrated development of Christianity from the baptism to today, with an accent on the UGCC. Many people, both in Ukraine and in the world, identify themselves with this church and want to know about its beginnings, important figures, historical eras, and so on.”