UCU’s Celebration Week, on the occasion of the completion of the Comprehensive Campaign and the 25th anniversary of the university’s activities, began on 9 September with a celebratory banquet at Lviv’s Palace of Arts with the participation of UGCC Patriarch Sviatoslav Shevchuk, members of the Synod of Bishops, and benefactors and friends of UCU from the whole world. 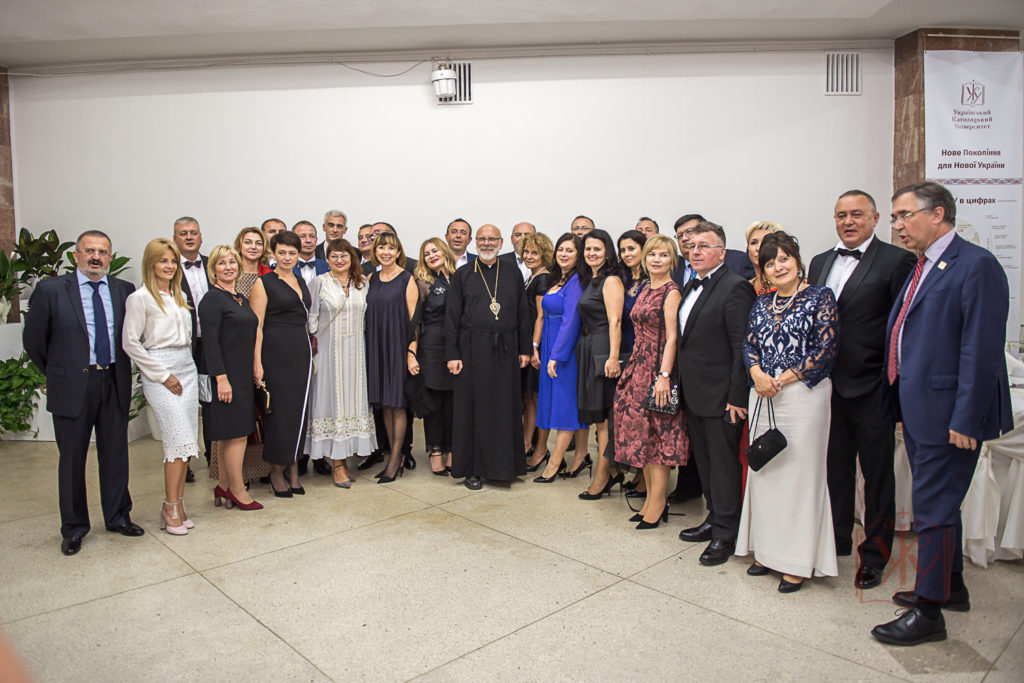 During the seven-year campaign A New Generation for a New Ukraine, the university built a new campus, opened the Patriarch Josyf Slipyj Collegium, an academic building, the University Church of the Holy Wisdom of God, and inaugurated the UCU Kyiv Center. With the completion of the campaign, the Metropolitan Andrey Sheptytsky Center is opening; it will be a place for innovations and a public platform for experts from various environments. UCU has more than 100 international academic partners. There are 20 Friends of UCU committees throughout the world. Now UCU has 6 faculties, 10 bachelor’s and 16 master’s degree programs.

As UCU President Bishop Borys Gudziak announced, when Patriarch Josyf Slipyj dreamed of establishing a university after his exile, they laughed at him. But he believed, and his dreams have become reality. 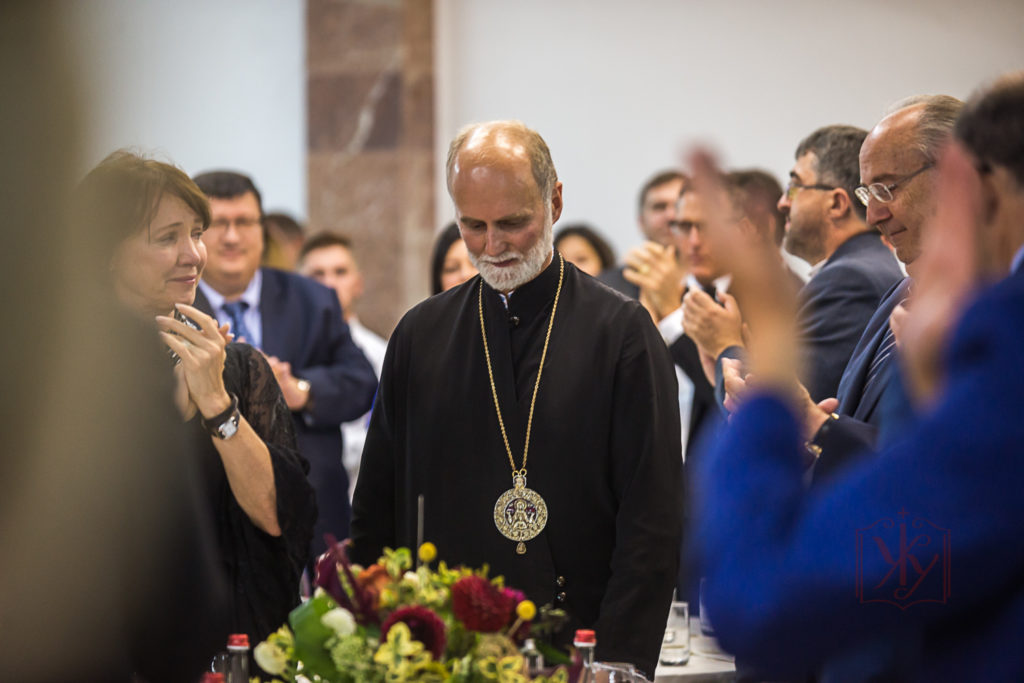 “With God the impossible becomes possible. All that UCU has achieved today is a miracle. Do we believe that with God everything is possible? This university should not have been. There should not have been seminarians. During the persecution of the Church, the UGCC only had 300 priests, but in 27 years it has grown to 3000. There was no hope that these seminarians would someday become bishops. None of this should have been: them, us, this celebration, this Metropolitan Andrey Sheptytsky Center. The university campus on which tomorrow will happen the opening of the newly-built premises of the center arose on territory which once was a communist center. The premises were a Kremlin building project. Who would have thought then that they would disappear and in their place would be a church and the dreams of Patriarch Josyf would be fulfilled, a university would develop? It was supposed to be a center for ideological control and manipulation, but now it is a place of freedom, joy, and peace. Work on the UCU project began 25 years ago. This was not the matter of one person but hundreds who sacrificed, supported, and believed. I want to thank the bishops, His Beatitude Sviatoslav, the teachers and students, the widow who donated her mite, the wealthy who gave kingly gifts. I thank you all!  The Lord is with you all, because we believe that all this is possible. This is a culmination, a new beginning. We need to struggle so that those Christian values which Metropolitan Andrey and Patriarch Josyf laid at the foundation be preserved. The university’s community of love is our corporate culture,” stated the bishop in his speech to the guests of the banquet.

His Beatitude Sviatoslav presented patriarchal awards to major founders and benefactors of the university who were present at the banquet. 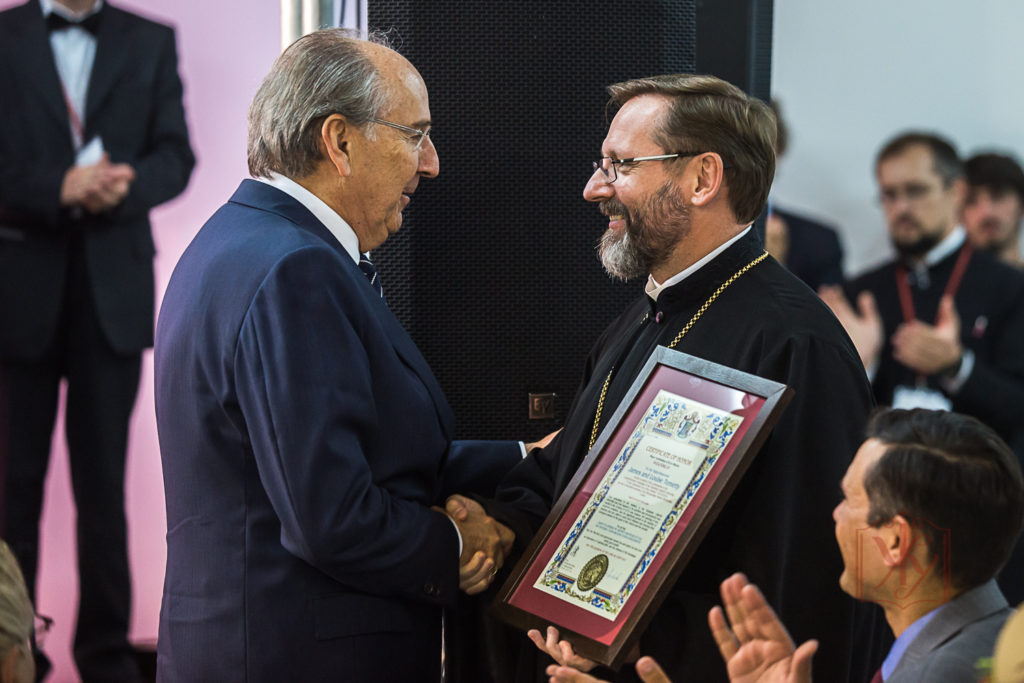 He shared his memories of the deceased Fr. Ivan Muzyczka, PhD, who in his time was rector of UCU in Rome. He witnessed how Patriarch Josyf knelt before the throne of God and beat his fist on the ground. When Fr. Muzyczka came closer, he heard Josyf Slipyj’s prayer: “God, give me a university.” 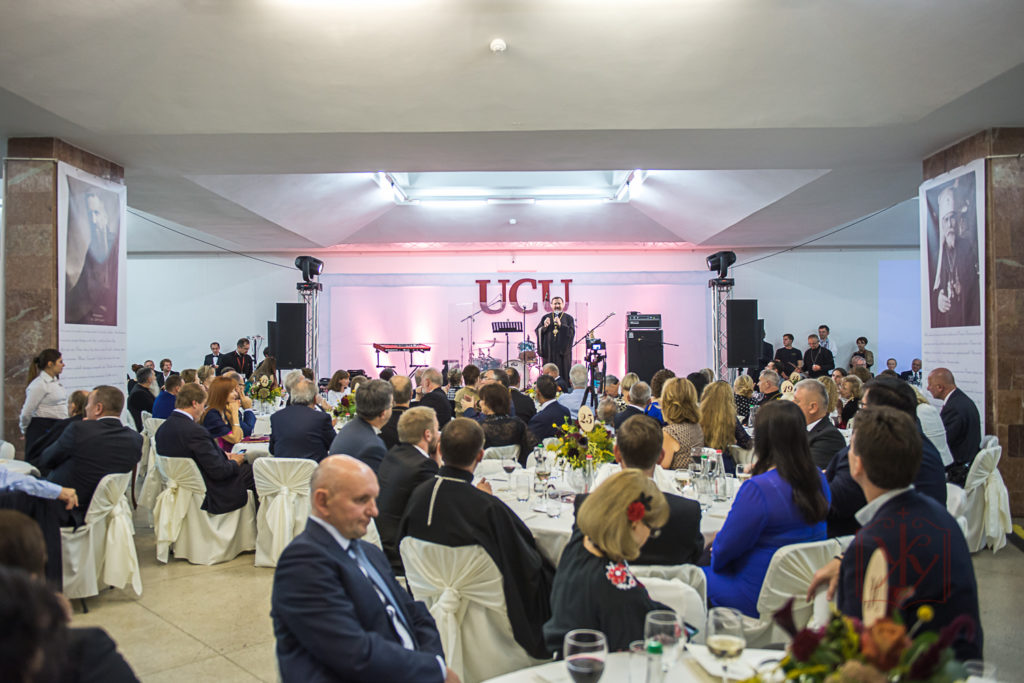 An honored guest of the event, the mayor of Wrocław, Poland, Dr. Rafał Dutkiewicz, emphasized that the university’s role today as a phenomenon is to became a forum for the exchange of thoughts, a place of dialogue and understanding: “The university as humanity’s most prominent institutional product was born from an idea formed by Christian values. However, this manner of thinking did not protect humanity from envy and wars. It also was not able to keep us, Poles and Ukrainians, from arguments and acts that destroy human life. This aspect of the world also has today and here its own particular context, related to eastern Ukraine. In this concrete matter, I can say only one thing: our hearts beat together with yours: may a free Ukraine thrive!” 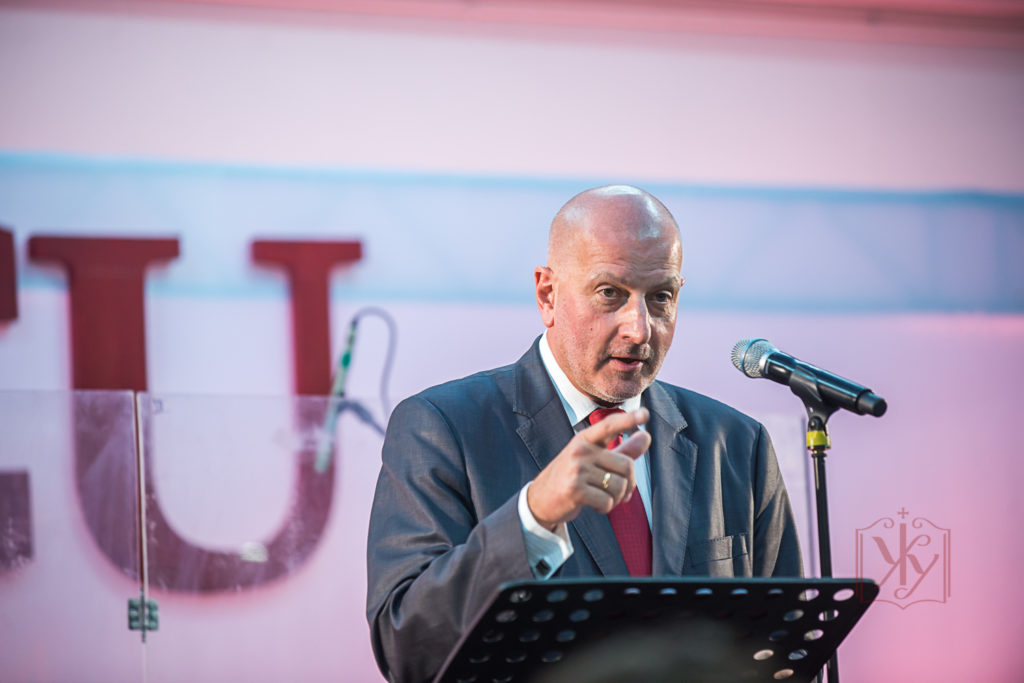 Among the participants of the banquet were representatives of the synod and friends and partners of UCU from Ukraine and abroad. 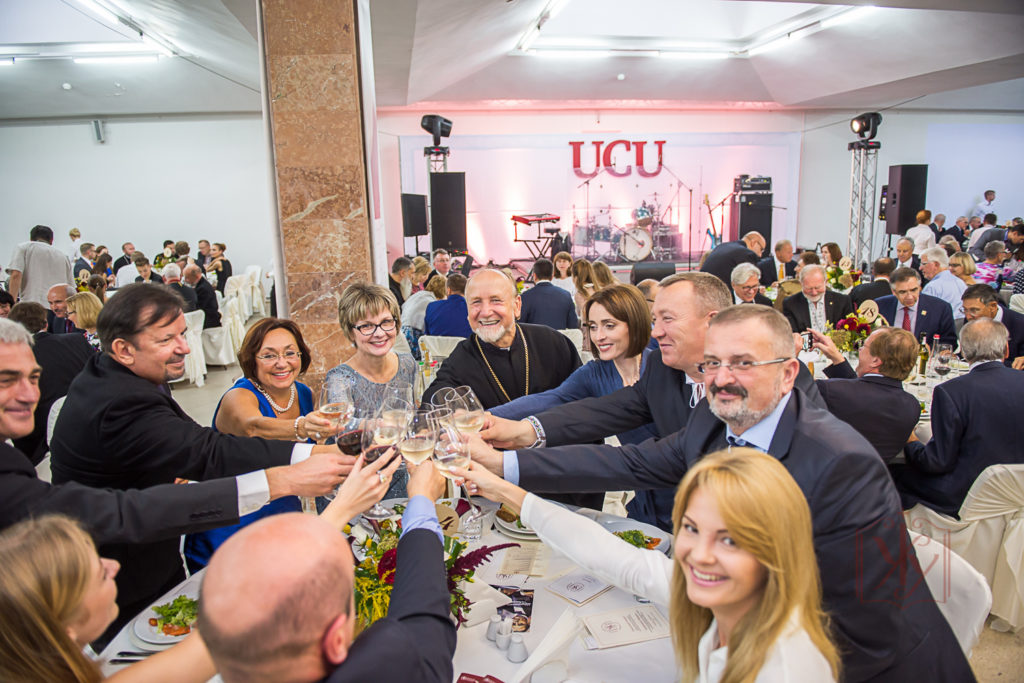 The former president of the Ukrainian Catholic Education Foundation in the USA, John Kurey, has supported the university through the seven years of the campaign, though he is not Ukrainian: “UCU is a university of high standards and quality education. This university has particular significance for the UGCC, for the Ukrainian people, and has great influence in Ukraine. For this ceremony on the occasion of the opening of the Metropolitan Andrey Center, a wonderful community of people has gathered, from various backgrounds, countries and cultures.”

UGCC Bishop Hlib Lonchyna shared his expectations for the university: “Students should take their studies seriously, for when they study well, they receive important instruments for effective work. I believe that the university’s graduates will be good and honest people who love their nation and church and want to make a positive contribution to society. The university’s successful formula is the combination of spirituality and scholarship, when people not only study but also foster their spiritual life. This is the formula for a successful life in general.” 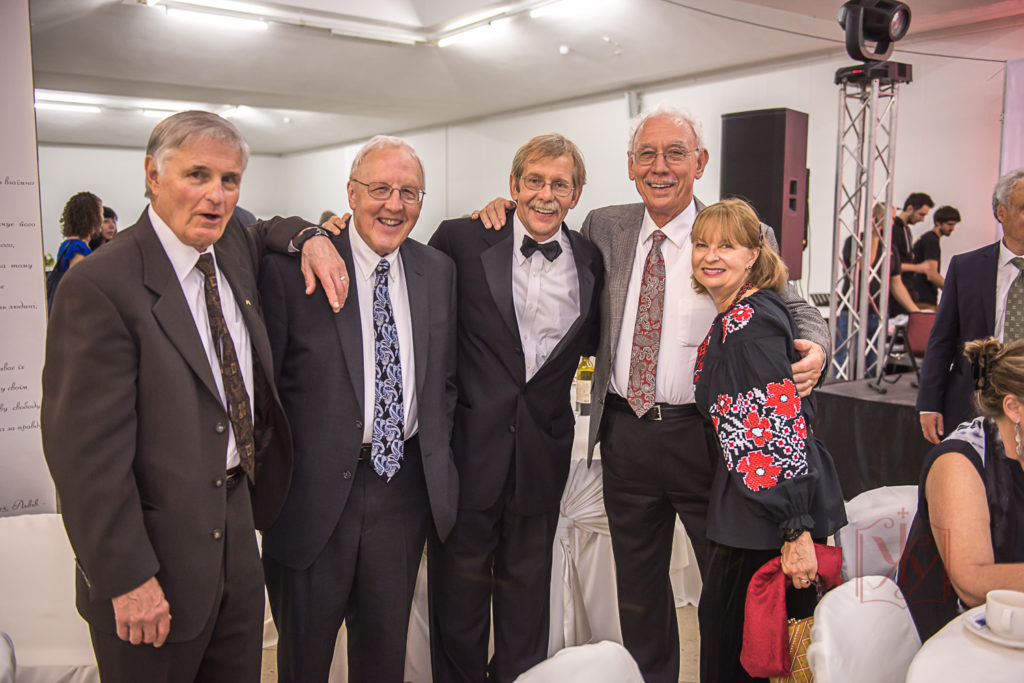 We note that this year UCU is marking 25 years of activity of the university in Ukraine. As part of the Celebration Week from 9 to 14 September, a series of public events and the ceremonial opening of the Metropolitan Andrey Sheptytsky Center will occur with the participation of honored guests from Ukraine and abroad.