On the 90th anniversary of the birth of Luba Bac of bright memory, a long friend and benefactor of the university, UCU dedicated two building wings and a student lounge at the Patriarch Josyf Slipyj Collegium. During the dedication, plaques were placed in honor of Luba Bac and her parents, representatives of the Ukrainian intelligentsia, immigrants to the USA. The ceremonial dedication was performed by UCU Rector Fr. Bohdan Prach, PhD, and the master of the Collegium, Fr. Yuriy Kozlovskyi. 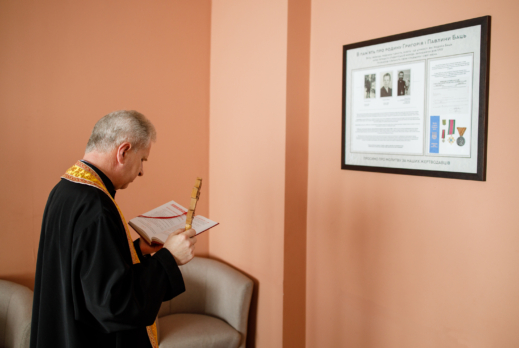 The family of Gregory and Paulina Bac represent a generation of the Ukrainian intelligentsia who were fated to live under a few different governments during great, stormy times and two world wars. They were conscientious representatives of a Ukrainian nation without a government, who hungered for the freedom to be themselves and highly valued education, which forms a person for his whole life and remains with him. They did this even when they had lost everything they owned and journeyed to an unknown world across the ocean, keeping the most valuable things – life and freedom.

Gregory Bac was born in 1882 in Sambir, Halychyna, which at that time was part of the Austro-Hungarian Empire. He was orphaned at a young age and raised by his older sister in Lviv. Gregory served in the Austrian army and was named an honorary guard from Halychyna for Emperor Franz Joseph during his visit to the 12 nations of the Austro-Hungarian Empire. As a reward for his exemplary service, he received a scholarship to study and graduated from the Faculty of Criminal Law at the Military Academy in Vienna. He participated in the First World War as part of the Austro-Hungarian Army in the rank of lieutenant and was awarded a high honor of the Habsburg monarchy – the gold medal of Franz Joseph for courage.

In the interwar period, when the Polish government needed good specialists, Lieutenant Bac worked as a specialist and was involved in founding officers’ schools in Warsaw, Krakow, and Nowy Sącz, and he also worked on establishing the border and retired in 1932. 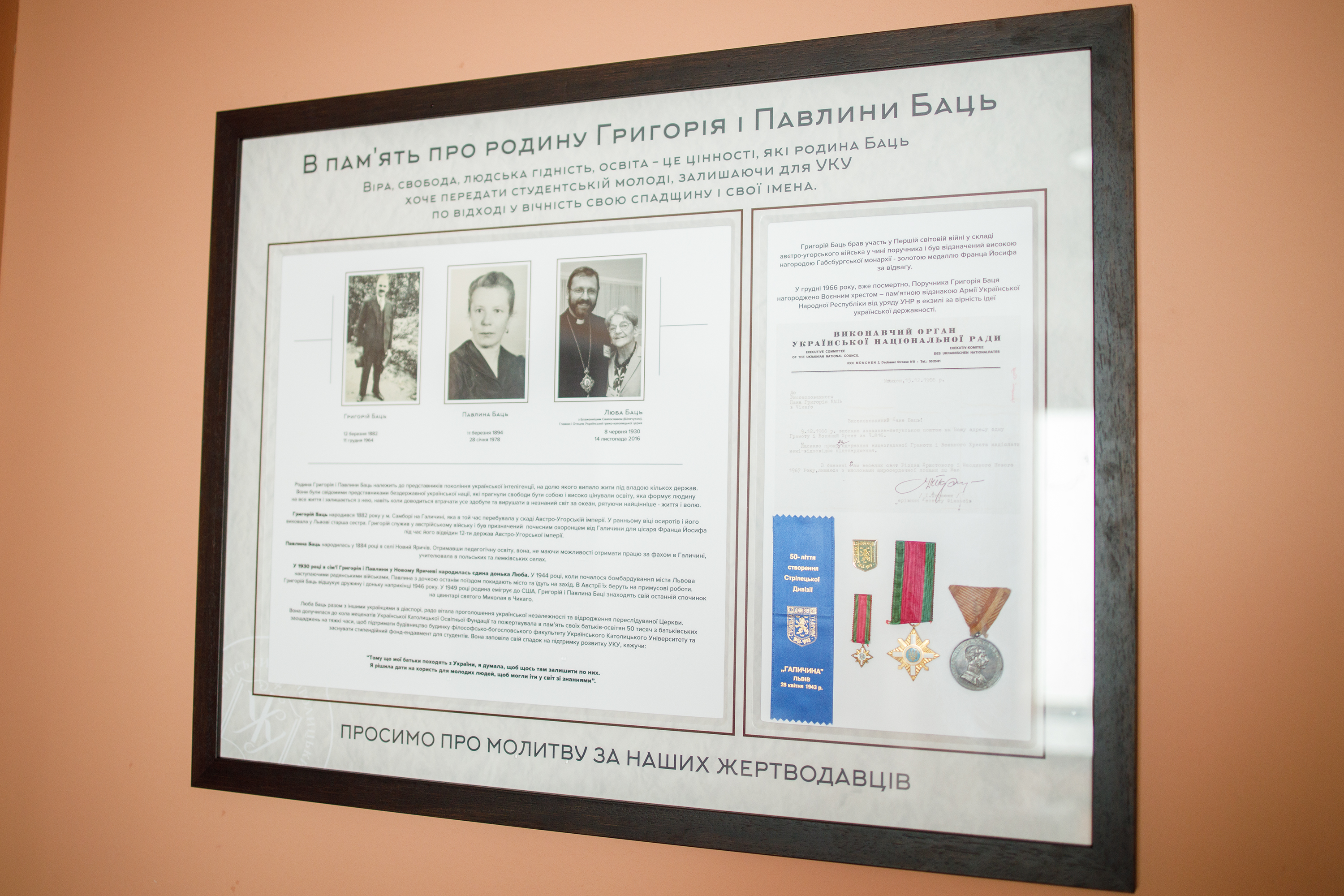 Paulina Bac was born in 1884 in the village of Novyj Jarychiv. Having studied to be a teacher, she had no opportunity to work professionally in Halychyna, so she taught in Polish and Lemko villages. In 1930, Gregory and Paulina celebrated the birth of their only child, a daughter, Luba, in Novyj Jarychiv.

In 1944, when the approaching Soviet Army began to bombard Lviv, Paulina Bac and her daughter fled the city on the last train and went west. They then did forced labor in Austria. Gregory Bac searched for his wife and daughter at the end of 1946. In 1949, the family immigrated to the USA.

In their new country the Bac family, like thousands of other Ukrainians, had to begin everything from zero. They settled in the state of Wisconsin and did hard agricultural work. Eventually they moved to Chicago to live and were active in the life of the Ukrainian community.

Gregory and Paulina Bac found their final rest at St. Nicholas Cemetery in Chicago. In December 1966, Lieutenant Gregory Bac was posthumously awarded the Military Cross, a memorial honor of the Army of the Ukrainian People’s Republic from the UPR government in exile for his faithfulness to the idea of Ukrainian sovereignty. 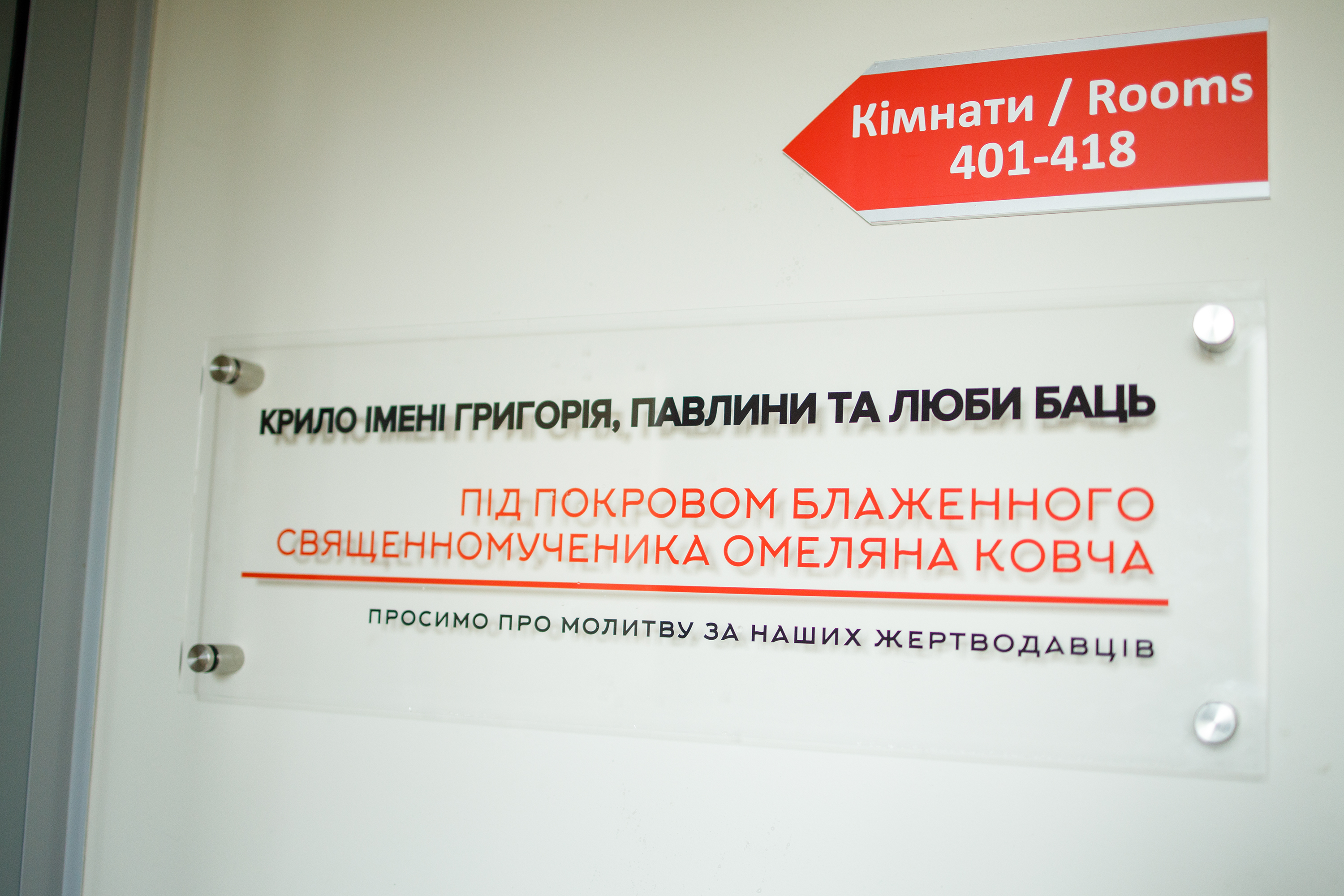 Together with other Ukrainians in the diaspora, Luba Bac joyfully greeted the announcement of Ukrainian independence and the rebirth of the persecuted Church. During her life, she generously supported the Ukrainian Catholic University, and she also left all her legacy for the support of its construction, saying: “Because my parents came from Ukraine, I thought to leave something there for them. I decided to do this for the good of young people, so that they could go out into the world with knowledge.”

Faith, freedom, human dignity, education – these are values which Ms. Bac received from her parents and hoped to pass on to young students. After her death, the university received a significant legacy gift from her estate for its strategic development. Two building wings and a student lounge in the Patriarch Josyf Slipyj Collegium are named now in honor of the Bac family. Their solemn blessing, on the occasion of her would-have-been 90th birthday, was a truly wonderful celebration of her life, generosity and legacy by the UCU academic community.