The meeting room for the Student Council of the Ukrainian Catholic University (UCU) on December 1 was dedicated in memory of Mr. and Mrs. Yaroslaw and Yaroslawa Rubel, who have generously supported UCU and left a legacy gift to benefit the university. 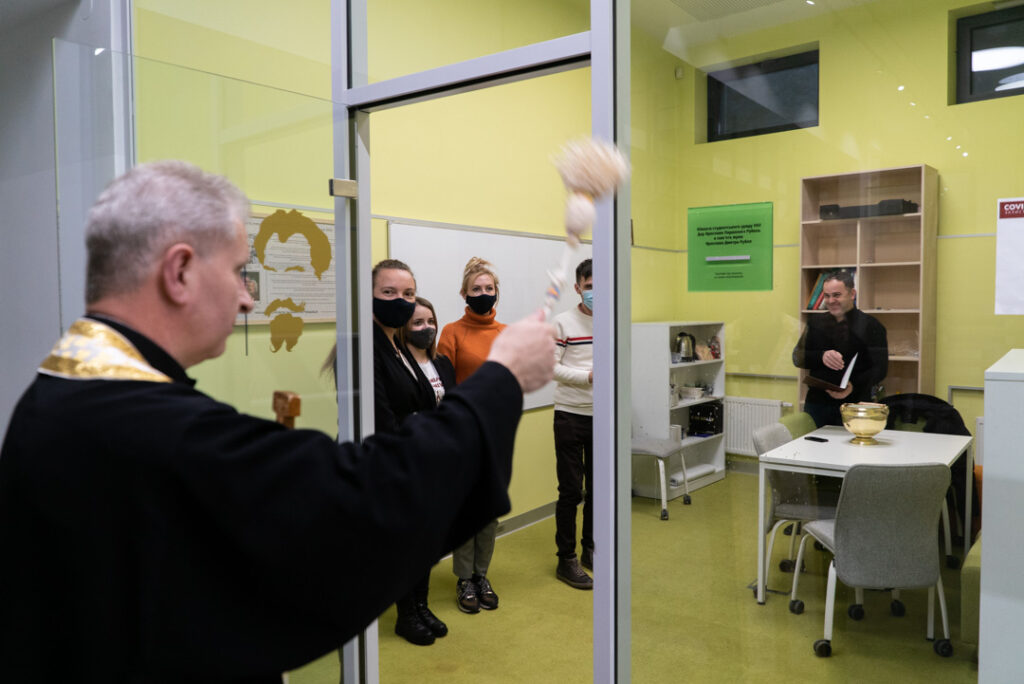 Throughout their lives, the Rubels did an incredible amount to foster moral values and patriotism in the hearts of Ukrainian youth. They were also active members of Ukrainian organizations and the civic, cultural, and religious life of the Ukrainian community of the USA. They showed their great love of Ukraine through their civic service and generosity.

Yaroslawa Parachoniak Rubel was a good friend and supporter of UCU from the university’s humble beginnings. During her life, she made impressive contributions for UCU’s needs, and she also made a bequest in her testament for its development. The UCU community with great gratitude honored the memory of Mr. and Mrs. Rubel by dedicating the Student Council room in their honor. Mrs. Rubel requested that the room be named after her husband, Yaroslaw. From now on, a large plaque with a biography and photos of Yaroslaw and Yaroslawa Rubel will remind students of their lives, activities, and great love of Ukraine. 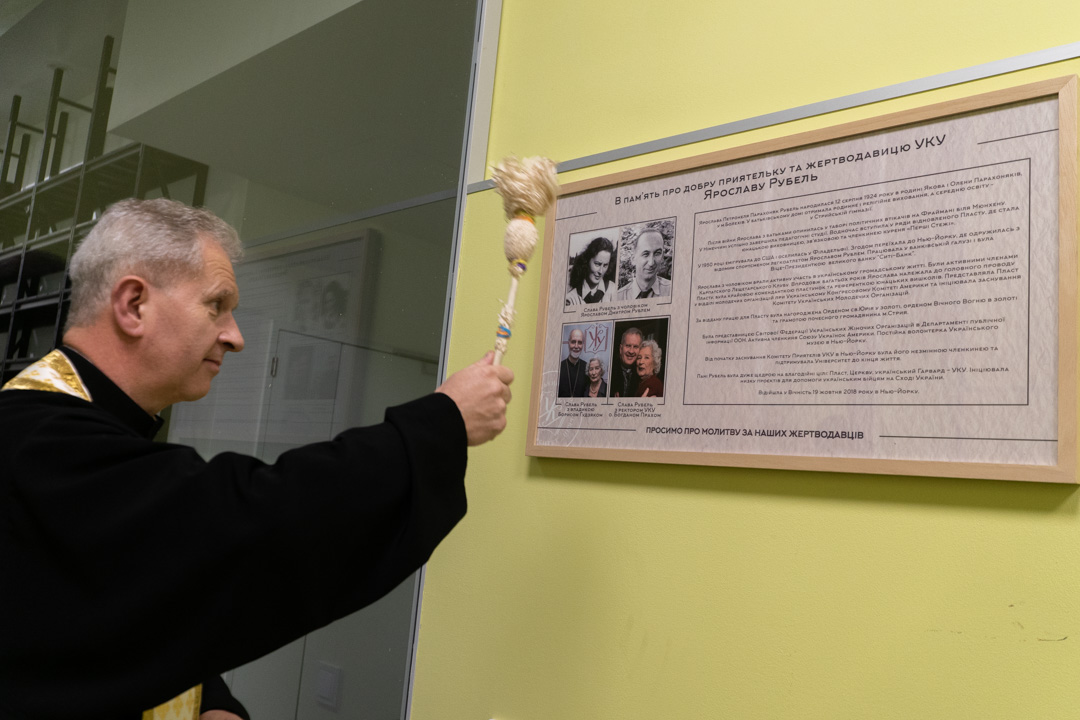 Expressing his condolences on the passing of Mrs. Rubel, UCU President and Metropolitan Archbishop of Philadelphia Borys Gudziak stated: “She was sincerely interested in everything Ukrainian – from language to art, from music to sports. And through the decades her late husband, Yaroslaw, cultivated these areas. Ukrainian thought and song, theoretical questions and the development of infrastructure – Mrs. Rubel was indifferent to nothing. She, on the contrary, was actively engaged in work in New York, South America, and, clearly, in Ukraine.”

During his speech at the dedication of the room, Fr. Rector Bohdan Prach emphasized that Mrs. Rubel was a person with an incredible heart and great love, with which she gathered people during her life, helping many in need. As a founding member of the New York Friends of UCU Committee, she always took part in all the banquets in support of UCU and was present at planning meetings while she was able. Her exceptional dedication and love, hospitality and sacrifice, optimism and energy inspired all who knew her. 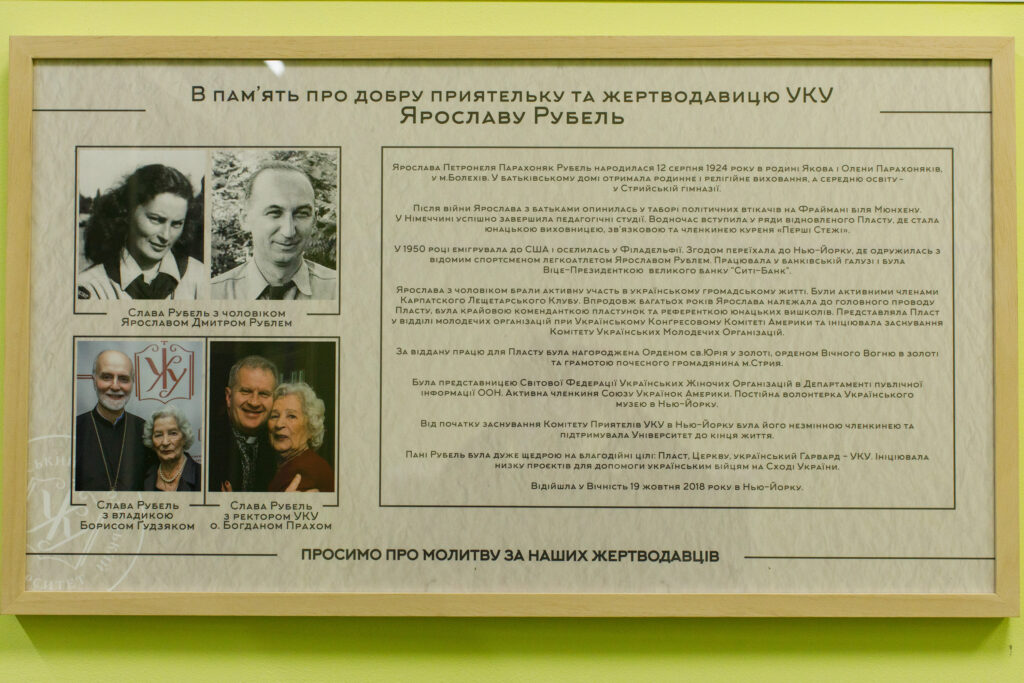 “Her spirit is among us,” admitted Fr. Prach. “She will be in our hearts not only a source of our inspiration but an image to which each of us should aspire – to love, love, love, and share, share, share. May her memory be everlasting!”

Mrs. Rubel’s name is permanently written in UCEF’s Metropolitan Andrey Sheptytsky Society, among those benefactors who, during their lives, donated $50,000 or more, supporting the mission of UCU and UCEF. Her name will also be listed in the newly-created Patriarch Josyf Slipyj Legacy Society, which gathers benefactors of UCU who have included in their estate plans a legacy gift for the future of UCU.