Education today is something more than simply the transfer of knowledge. It is the influence that the educational institution has on the community and the country in general. There is a great demand for strengthening this interchange, and so for an educational approach directed at forming academic knowledge, practical skills, and an appropriate attitude toward solving problems in the community, together with the community. Throughout the world, this approach is known as “Service Learning” (further S-L). The Ukrainian Catholic University has officially become the first university in our country to enter the world S-L community and, as part of its new UCU Strategy-2025 “A University That Serves,” UCU is beginning to introduce this format of education.

To systematize and institutionalize this educational approach at UCU, the S-L Working Group is in the process of collecting the data on executed projects that correspond to the Service Learning model. 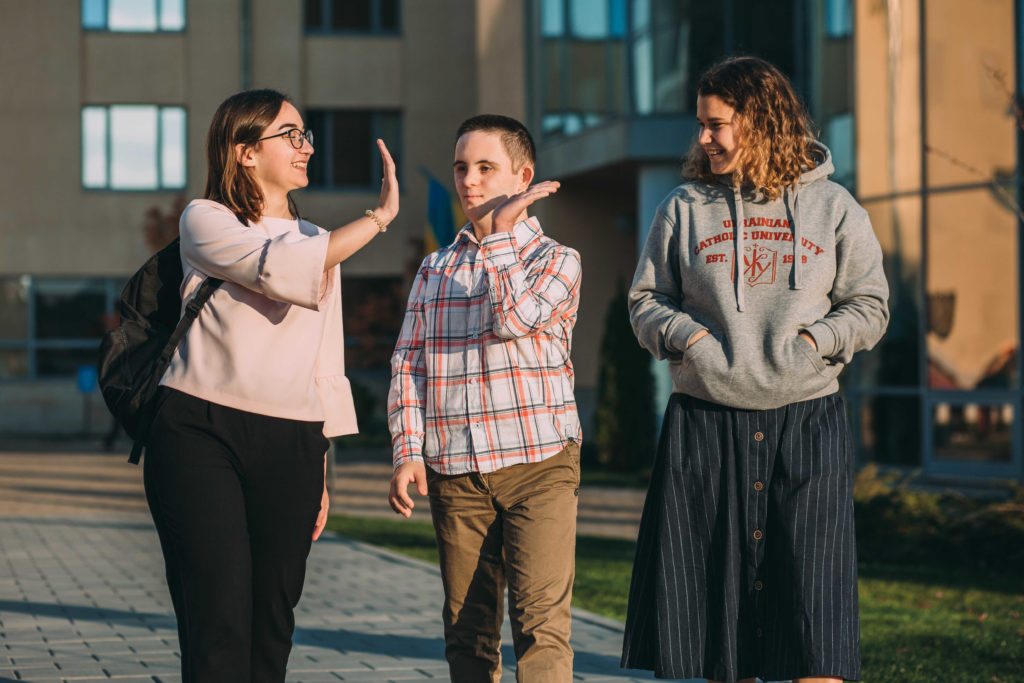 What is Service Learning and why is it necessary for educational institutions and the community?

In the S-L model, students master educational standards by solving real problems in their community. The Service Learning educational approach motivates students to greater involvement in the life of society, and civic organizations, in return, receive an implemented project which, in other conditions, could be costly.

According to data from the Service Learning Institute of California State University-Monterey Bay, the monetary equivalent of S-L services in the areas of Santa Cruz, San Benito, and Monterey in 2017-2018 was $3.3 million. So the influence of implementing S-L projects has an entirely concrete financial dimension.

The practice of S-L appeared much earlier than the term itself. However, in various countries the S-L name was adapted in various ways, depending on the historical and cultural context: Education Solidaria, Community Learning, Solidarity Learning, Civil Engaged Learning, Uczenie się poprzez zaangażowanie, etc. In Ukraine, the essence of the educational approach is underlined by the name “Socially-oriented Education,” which combines influence, involvement, and responsibility.

“We cannot change the world if we don’t change approaches to education.” – Pope Francis

Nieves Tapia, head of Latin America’s leading S-L center, CLAYYS, said: “Some universities consider their main task to be to achieve academic excellence. But we are convinced that the main task of educational institutions is to serve people, and academic successes are the best instrument for such goals. S-L is what makes a university relevant in the 21st century.”

An interesting fact: During apartheid in South Africa, elite (“white”) universities were active in S-L. After the arrival of Nelson Mandela, higher education was reformed, but S-L was the only thing that remained unchanged, and, in time, it has developed much and gained in popularity.

How does Service Learning work?

Services and support for communities, as we know, have for many years been a part of educational systems, in particular at UCU. But what lifts up service learning to the next level is that it combines service to the community with various academic tasks, evaluations, and reflections which, as a rule, are observed during project training.

It is important to understand that S-L is not charity or volunteering but social change.

It is a mistake to think that S-L is vertical, where those who help are above and those who receive help are below. S-L is horizontal and, importantly, it is not for the community but together with the community.

The idea of “socially-oriented education” is echoed in the thoughts of Metropolitan Andrey Sheptytsky in the sense that it is not worthwhile to give a person a cup of water every time – it’s necessary to show the way to the lake. Similarly, in cooperation with the community: if you don’t give full authority to create initiatives, it will passively expect “a cup of water” from you for years.

When implementing S-L projects, it is important to take into consideration not only the needs of the community (which seem obvious); it is necessary to consider cultural particularities. 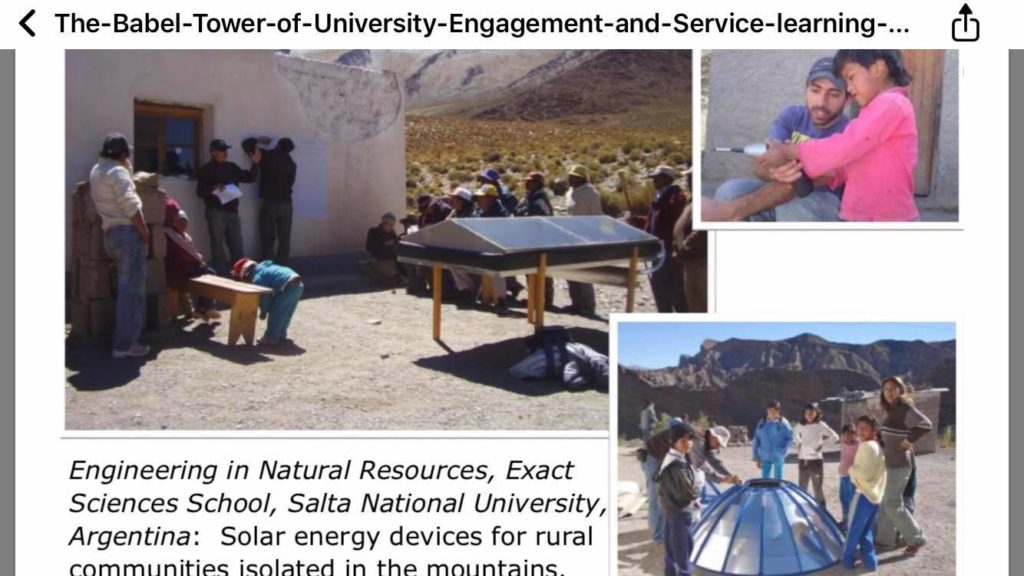 For example, as part of an S-L project in a poor area of Argentina, a group of students thought up an easier way to wash clothes: by heating the water thanks to solar panels. However, women from this area were not very happy with this project. They admitted that for them washing clothes is a whole tradition: going to the river, leaving the house and walking with friends; chatting… That is, for them, washing clothes was not a burden but, on the contrary, it brought some joy that the S-L project managers did not imagine.

Conclusion: We have to give our community the opportunity to teach us in return.

Do students in general need this?

A poll in the USA found: 80-90% of students stated that they acquired the skill of looking at social justice in a different way; they were motivated to tolerate the thoughts of others (which were different from their own); they have more knowledge and the ability to defend human rights. 75% of students in Latin America said it’s good that S-L was required (though at the beginning they were not always enthusiastic about it).

An advantage of this format of learning is that is allows one to use in practice knowledge that was acquired in class. Service learning is a “+” on a resume, and during a job interview students can talk about their first professional experience.

Service learning is generally seen as part of an academic course, not as extra work.

Value for the teacher:

The question of additional motivation for students and teachers and mechanisms for working with civic organizations and the city or regional government are also important. UCU created a working group which is working on this and is also involved with institutionalizing the approach in general. There are also prospects for involving business, improving interdisciplinary exchange among various faculties of UCU, and creating an S-L environment in Ukraine and in Eastern Europe in general.