On 31 August, Father Rector Bohdan Prach of Ukrainian Catholic University and Shearer West, president of The University of Nottingham, UK, signed a memorandum of understanding, support, and cooperation.

To start the partnership with The University of Nottingham, Cormack Consultancy Group (ССG), which in difficult times for Ukraine offered a proposal called “Twinning Initiative,” helped UCU. In partnership with the union of universities of Great Britain Universities UK, Cormack Consultancy Group started the project, the goal of which is to start and strengthen the cooperation of Ukrainian universities with fellow universities in the EU or Great Britain which have a similar profile, size, and the same specializations.

“Ukrainian Catholic University is pleased to sign a memorandum of understanding with The University of Nottingham. This agreement is an expression of our affinity and its strength, uniting nations to ensure quality education, the quest for knowledge, and improving the quality of life in the whole world, improving the understanding of the value of solidarity,” noted Fr. Rector Bohdan Prach during the ceremony. 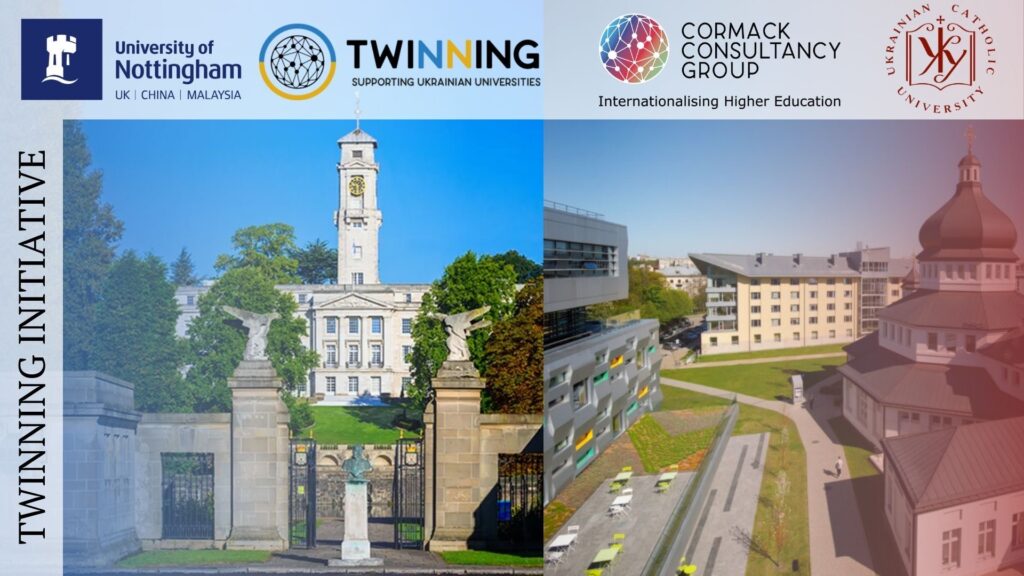 “I am filled with inspiration by your determination to continue educational and research work during the time of this terrible war. I am very pleased to see what progress we have achieved thanks to the development of initiatives between our universities.” So the president of The University of Nottingham, Shearer West, noted during the signing of the memorandum.

“We are beginning our story of success with cooperation in such key spheres as history, law, political science, and international relations, and also theology. In the near future, our colleagues from corresponding divisions will receive an invitation to a research seminar during which they were able to work in tandem on joint ideas for research and cooperation projects. We expect that these ideas will become the basis for a wide, joint project which will begin in summer 2023, when 50 UCU students will be able to travel to Nottingham for a two-week short-term summer educational program. We are also sincerely grateful to our partner for yet another very important initiative, the readiness of the professors of Nottingham to teach UCU students as part of the project of a virtual guest educational program,” added Halyna Protsyk. 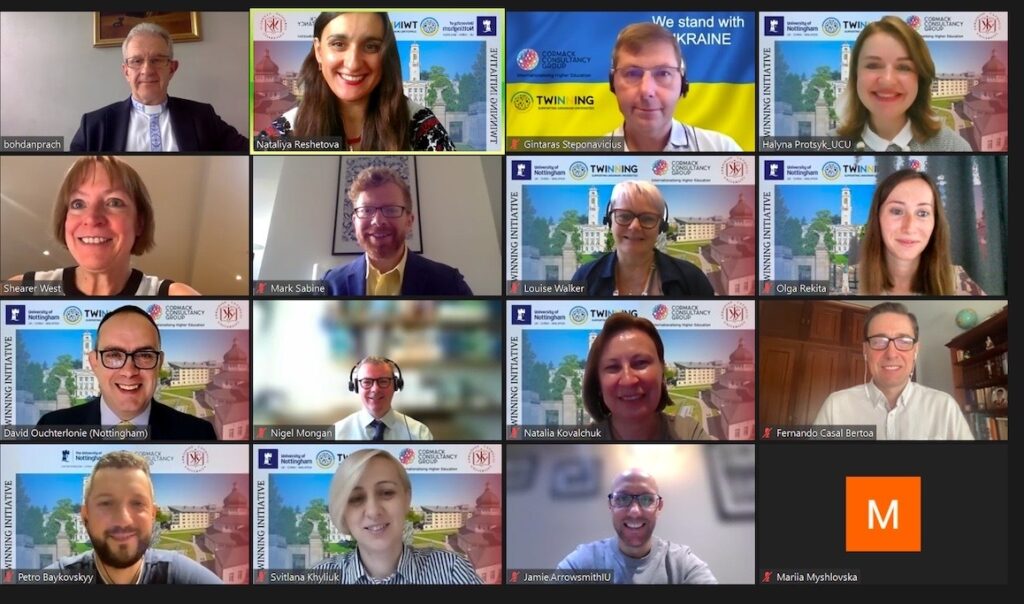 You can read more about UCU’s international partners and the network of solidarity HERE.