On 3 September, representatives of the Special Monitoring Mission of the OSCE (Organization for Security and Co-operation in Europe) visited the Ukrainian Catholic University. The goal of the visit was to collect information and observations, do fact-finding, and report on the security situation throughout the country. 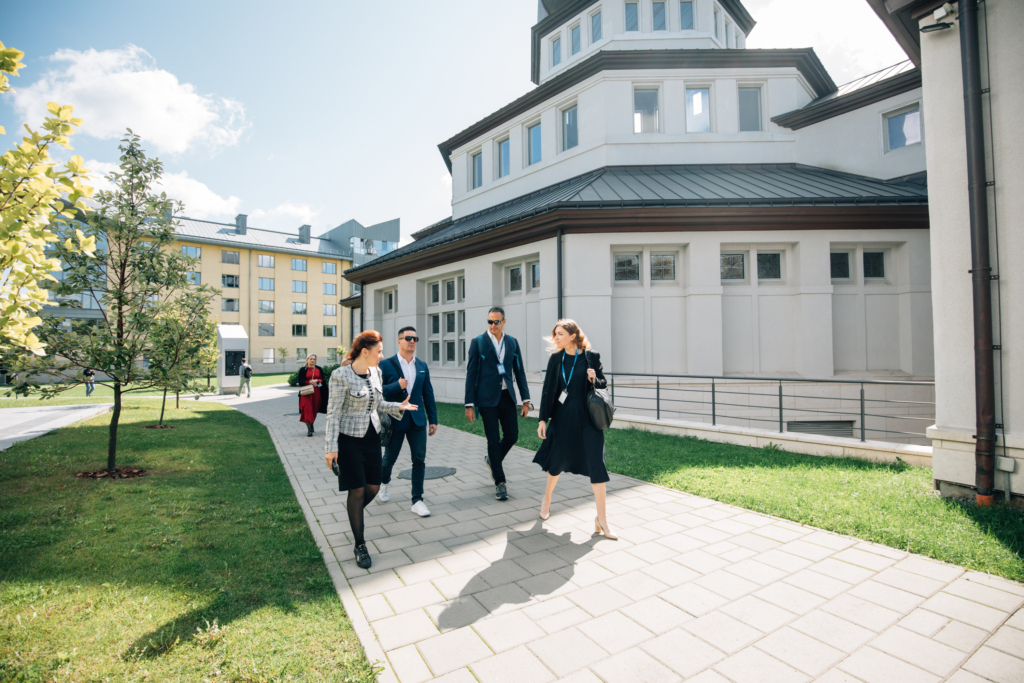 The meeting began with a tour of the new Collegium II, conducted by Halyna Procyk, head of the UCU International Academic Relations Department. Then there was a meeting with the Assistant Dean of the Dean’s Office of Student Life, Dmytro Nakonechnyi, and the president of the Student Government, Anna Dobrovolska. They told the OSCE representatives about student initiatives at peace-making, in particular Christmas Together and Easter Together, which the UCU Student Association, one of the university’s oldest organizations, conducts for youth of eastern regions of Ukraine. Nakonechnyi also talked about activities of the student organization Ukraine United, whose members have now for nine years in a row travelled during the Christmas holidays to eastern Ukraine and the frontline, bring a Christmas play and carols to Ukrainian soldiers and residents of these areas. 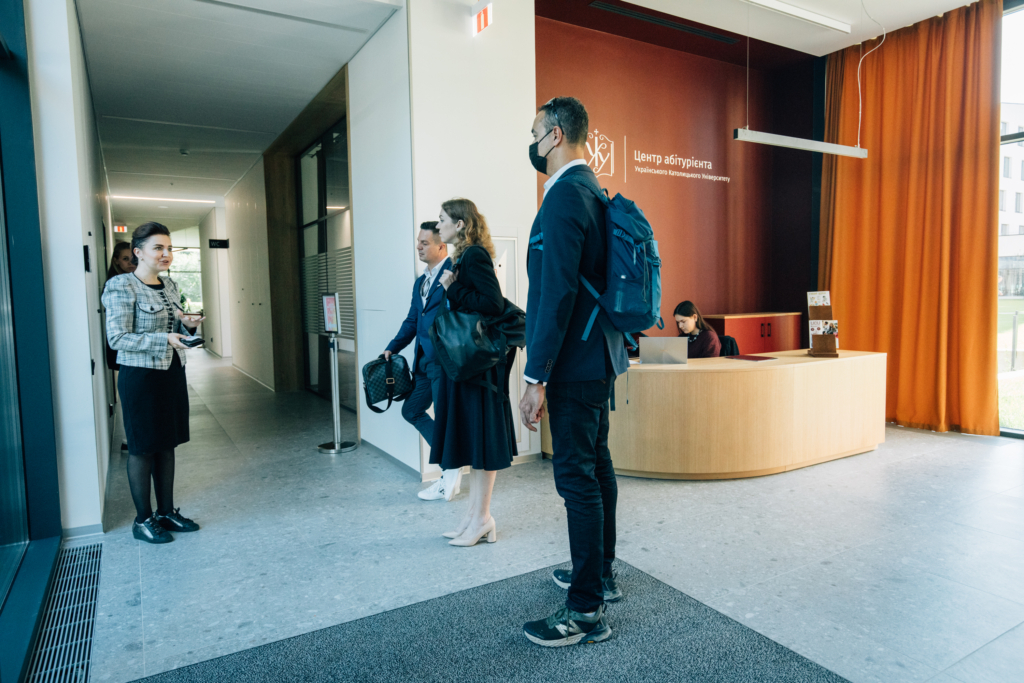 Dobrovolska explained that UCU has an organization, Reserved Seat, an initiative thanks to which youth can take part in nation-wide exchanges with students from other universities, which allows them to gain experience in student government and to improve and develop student mobility. Another organization was begun by UCU students from the Ethics-Politics-Economics Program, UCU Political Club, which prepares podcasts heard by youth all over Ukraine.

Conversing with the representatives of the OSCE mission, Master of the Collegium Fr. Yuriy Kozlovskyi talked about the special formational program which UCU students experience in both of the collegiums. He said that the formational program is the university’s unique offering for youth, in which students have the opportunity to development their own spirituality, personal qualities, and social skills through a common living space, which they share with teachers-curators, clergy, and persons with special needs, friends of the Emmaus House. He added that the program is logically built on UCU’s motto: “Witness, Serve, Communicate.” 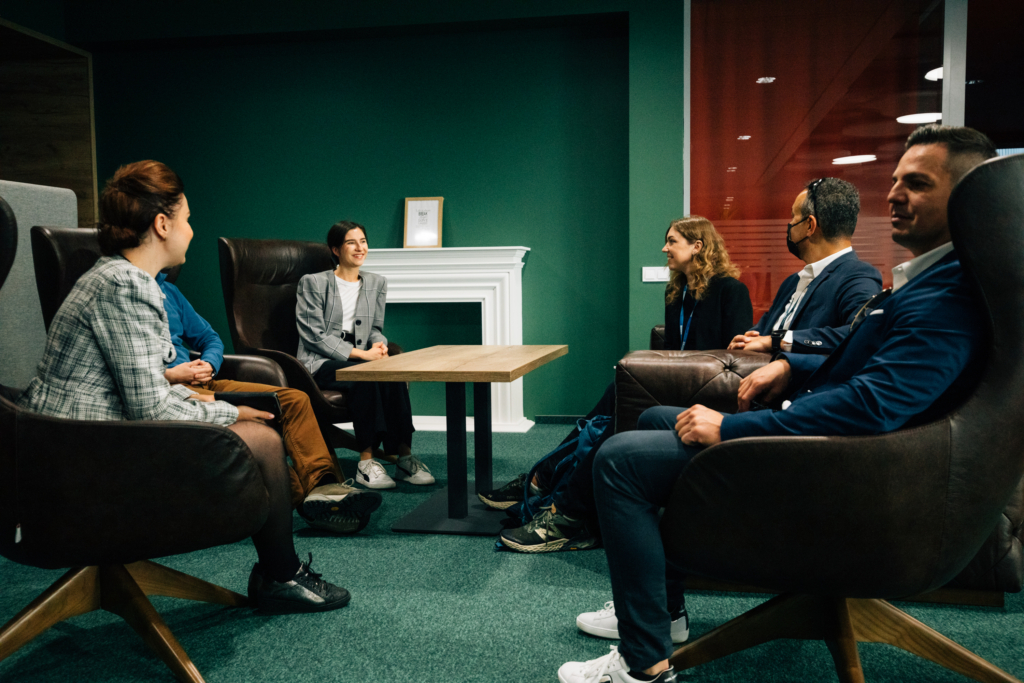 At the end, the delegation met with UCU’s Vice-Rector for External Relations, Oleh Turiy; Oksana Kulakovska, director of UCU’s Kyiv Center; Fr. Roman Fihas, scholarly researcher at the Institute of Ecumenical Studies; and the curator of the Legal Clinic of the UCU School of Law, Hanna Karachevska. They talked about UCU’s activities. At this meeting, representatives of the OSCE mission were able to gain detailed acquaintance with projects, scholarly and analytical research, and also initiatives of the Ukrainian Catholic University which aim to facilitate reconciliation, peace-making, and ecumenical dialogue in Ukraine. 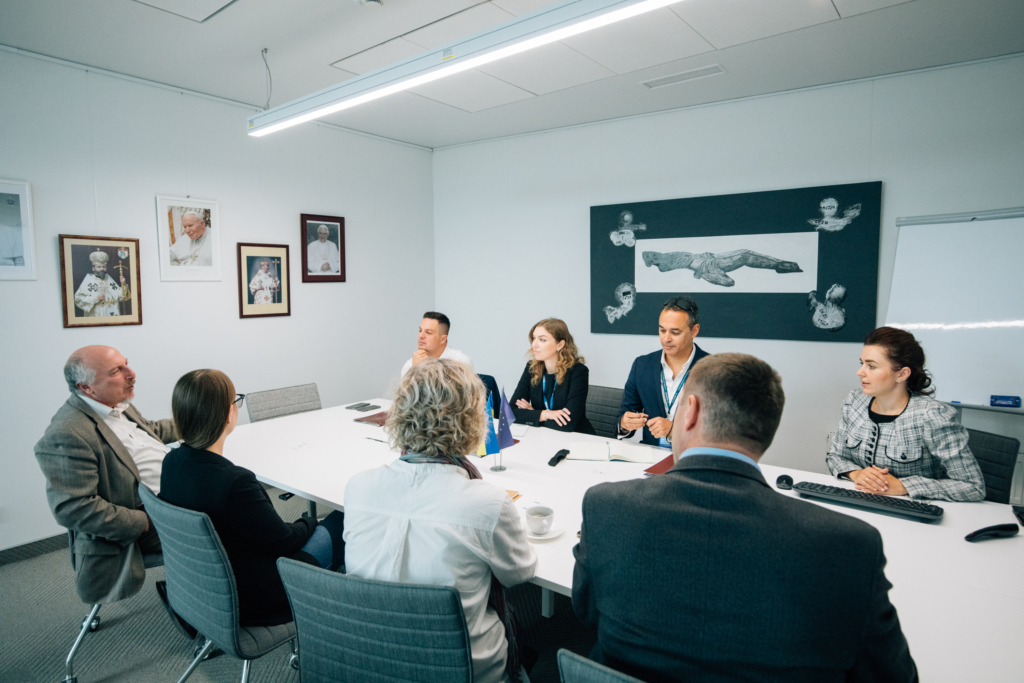 We note that the Special Monitoring Mission of the OSCE in Ukraine is composed of civil, unarmed OSCE observers and temporarily conducts monitoring and reports on the human rights and humanitarian situation all over Ukraine and in the conflict zone in Donbas. The mission gathers information, reports on the security situation, and does fact-finding on concrete events and places.