Ukraine today in the fight with Russian invaders and occupiers is defending itself and the world, calling forth the astonishment and delight of millions of people. Together with our military on the front lines, ordinary Ukrainians who remain in the rear are displaying tenacity, bravery, and self-sacrifice. Little is said of the stories of their lives in wartime conditions, their feelings and daily acts, which are a small contribution to victory, but this experience cannot be lost. The Ukrainian Catholic University is trying to tell these stories in a new project “Little stories of the Big War” 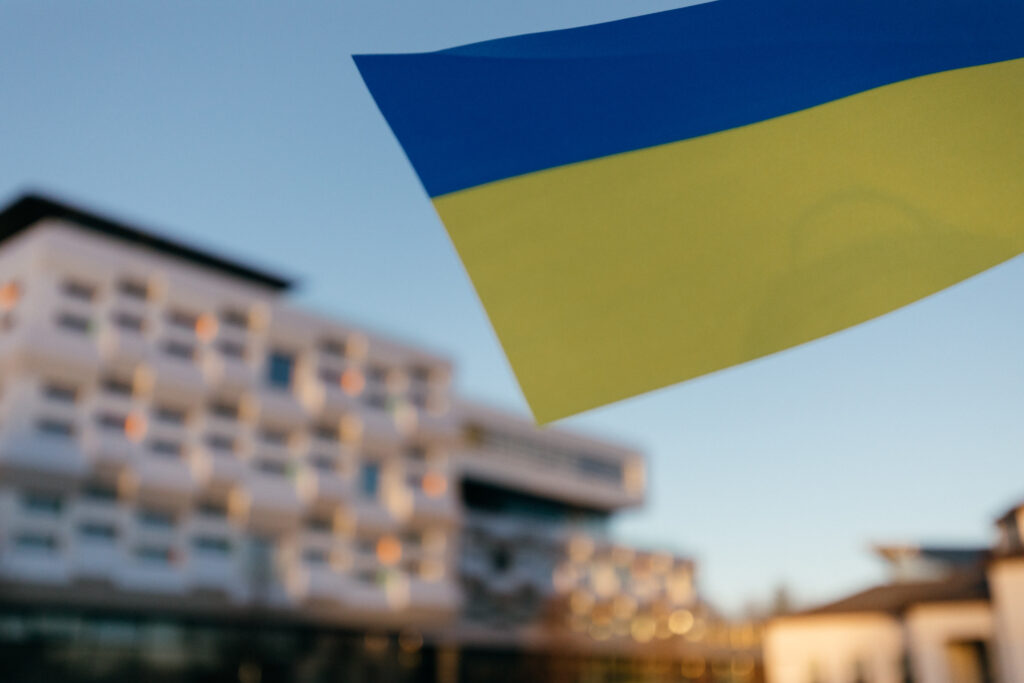 The first Ukrainian-language interview with Iryna Holubyeva, archeologist and researcher of Cossack Sloboda Ukraine, head of Plast in the Kharkiv Region, is already accessible on the UCU website and on the platform of our media partners Reporters https://reporters.media/kozhen-iz-nas/.

In the words of Veronika Savruk, head of the UCU Information Department, the idea of the project arose in the first days of the war, when the team understood that around them, at the university and in the city, very much was happening, and it was important to record it. So at UCU a team of volunteers formed quickly and began filming.

Ivanna Mohylyak, head of the UCU Dean’s Office of Student Life, joined the project in the first days, because, like everyone in this difficult time, she wanted to help in the rear with what she knows best. And so, with experience at coordinating many initiatives, she organized the work process and a team of 26 people, among whom: the main working group, operators, journalists, people who transcribe texts, translators, and editors.

“Our team includes students, staff, and also former UCU professors. In this crucial time for Ukraine, each of them expressed a desire to join and help in the project with their work or knowledge. The coordinated work of these incredible people is a valuable contribution to our joint effort,” says project coordinator Ivanna Mohylyak.

Filming and the search for the heroes of the project happen in Lviv and beyond: on roads, at places with volunteers and donors, at checkpoints, parishes, and shelters. In a month, the volunteers have managed to record 40 interviews.

Olena Dzhedzhora, producer of the project, historian and UCU professor, adds that each interview is with people of whom few were known – this is the memory of the nation, a living history which experts will later be able to work on.

“The project ‘Little stories of the Big War’ is our personal front and contribution in Ukraine’s fight. With these stories, we are helping spread information about what is happening in Ukraine, in particular about people who were forced to flee or are helping at the front. As an academic community, we understand well what a crucial historical period Ukraine is now living through and how important it is to preserve eyewitness testimonies. Many talk about the politics and tactics of the war, strategy and economics, not about simple people, of whom there are millions,” admits Olena Dzhedzhora.

From the first day of Russia’s full-scale invasion of the territory of Ukraine, UCU journalist and video operator Petro Didula began recording the stories of people who work in the rear, in particular at the Ukrainian Catholic University, where a volunteer base has developed. Eventually his work grew into the wider project of filming “Little stories of the Big War.”

“The heroes of our narratives were taken out of ‘settled’ locations to civic activity and service: in the army, in volunteer services, or as part of the civil defense. Among them are those who continue to carry out their obligations in wartime conditions or are looking for new lodging for themselves and their children,” says Petro Didula. “This is a project about how an enemy with unexpected brutality is trying to destroy a country but, on the other hand, it is also about how a country is growing in the quality of relations among its people, about how these links of mutual responsibility and help are forming, how to accelerate the process of creating a civil society – large and small communities of responsible people. Each story touches lives and each also has hope for victory.”

Informational partners of the project are the platforms The Ukrainians, in particular their platform Reporters, RISU and Espreso TV. In addition, according to the authors, the materials collected, through a network of partners, can also be distributed through various world media platforms. These testimonies are now being translated into the English language, and there are also plans for German and Italian.

There are plans to spread the project and also involve participants from abroad, in particular refugees, scouts, authorities, and protesters who speak in support of Ukraine.