From 28 to 31 March, a combined team with six students from the Ukrainian Catholic University and the National University Kyiv-Mohyla Academy for the first time represented Ukrainian universities at the world conference of the National Model United Nations in New York (USA). The developed projects of resolutions of the Ukrainian delegates were successfully accepted, and soon they will go for review to the appropriate UN committees. 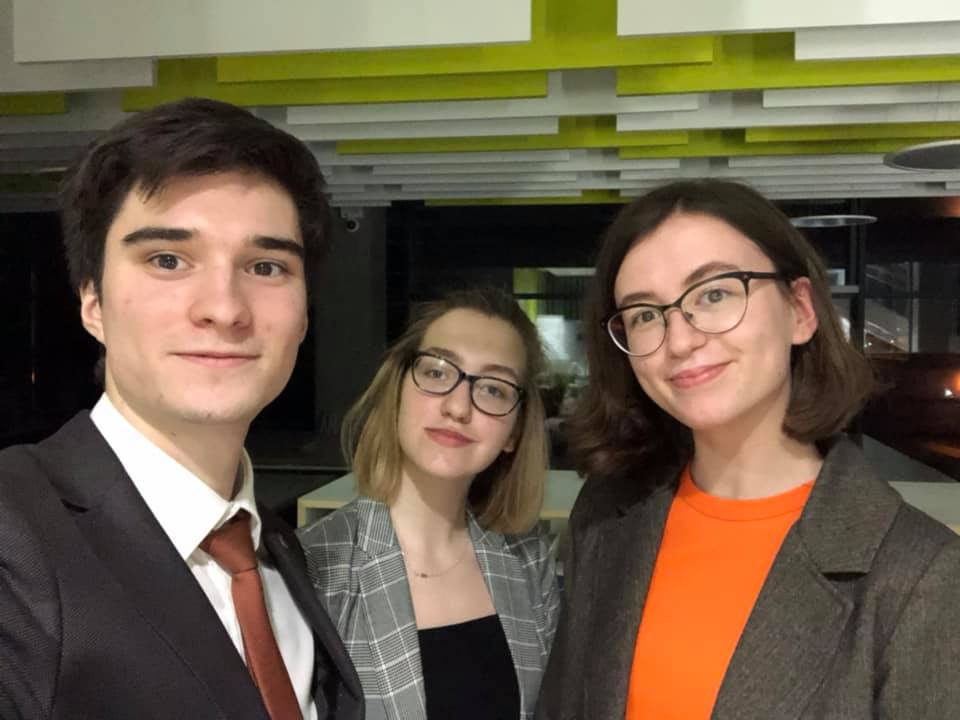 For four days, university teams from more than 130 countries imitated sessions of 23 committees of the United Nations. At the conference, the Ukrainian students had the chance to represent the small Asian country of Brunei, which is located in southeastern Asia on the border with Malaysia. This country was a challenge and at the same time an interesting assignment for the students of UCU-NaUKMA for a number of reasons: its Islamic culture, an absolute constitutional monarchy-sultanate, a population of 465 thousand (CIA Factbook), and the GDP per capita is one of the highest in the world.

“Until now, no Ukrainian university team had taken part in the world conference of the National Model United Nations. The participation of our team had a specific mission – to open up NMUN for Ukrainian universities, and also to open up Ukraine for the world conference of NMUN. And this impresses and inspires all of us. Our team was one of the best among the delegate teams that took part in the world Model UN. We had incredible results, since all the projects of resolutions developed by our delegates were accepted by acclamation, unanimously,” explains Halyna Protsyk, coach of the UCU team, professor at the UCU Political Science Department, head of the Department of International Academic Relations.

According to the results of the productive work of the UCU-NaUKMA students in their committees, the Brunei delegations were awarded the special title “highly esteemed.” Only 22 teams received this honor for exceptional knowledge of procedural rules, active advocacy of the interests of their country, and diplomatic and balanced mutual relations with other members of the delegation. 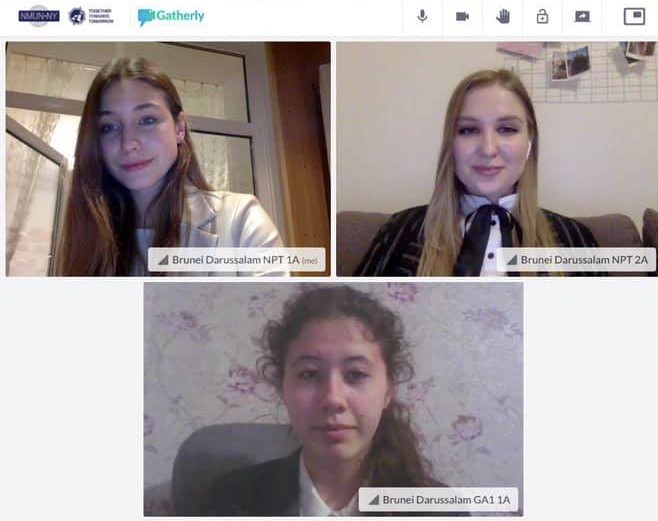 In addition to the acceptance of the resolutions of the Ukrainian team, Kateryna Podhorska, a 4th-year student in the Ethics-Politics-Economics Program of the UCU Social Sciences Faculty, received a “position paper award” for the best position paper in the committee, which illustrates deep knowledge of the themes of the sessions, a balanced and precise position for the country regarding this theme, and also proposes a certain direction of activities for the effective solution of today’s global problems.

“At the end of the conference, I, like everyone, was already a little tired, because it was hard to work online for a number of days from 4:30 to midnight. When they announced that they had accepted our resolutions, I was glad, and I relaxed, thinking ‘We did everything we could.’ And then when I heard about my award, I took it as an extra bonus which I had not expected to receive,” recalls Kateryna Podhorska.

The good results at the conference are also a good sign for the UCU Model UN Club, because this is an opportunity to report on the organization and find partners among other clubs in the world.

“Now we can combine our teams and further take part in projects together, from UCU and the Kyiv-Mohyla Academy. I think that our achievements will be a great motivation for the other members of the club. We want to apply all our efforts to share our experience and prepare a new team which the next time could participate in a similar conference, offline, I hope,” adds Kateryna Podhorska.

Participation in the international conference of the Model UN was possible thanks to cooperation with MacEwan University (Canada) and the Ukrainian Research and Development Centre.