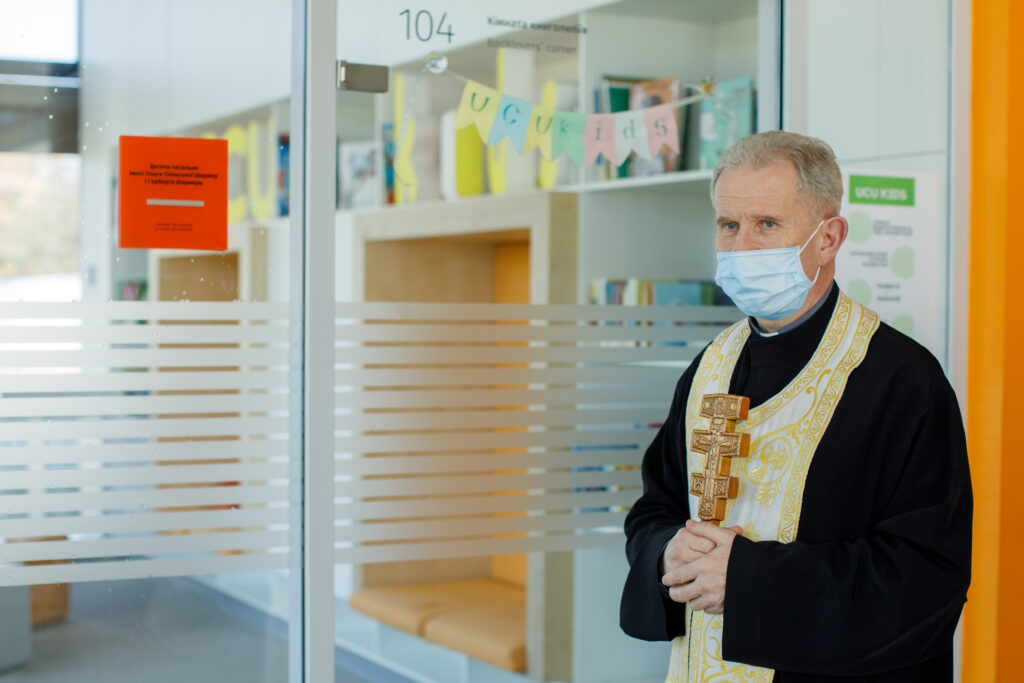 UCU has received a sizable donation from the legacy of Olha Olenska-Schirmer and Herbert Schirmer. The donation will support the university’s educational activities and also the implementation of social and charitable projects in which professors, staff, students, and graduates of UCU are involved. In gratitude, the UCU community has named a children’s reading room in the Metropolitan Andrey Sheptytsky Center in honor of the couple.

“The lives of these donors were always filled with a love of people, especially children. We are sincerely grateful to the family members, who have shared with UCU the legacy which Olha and Herbert Schirmer left. The room that we blessed today is visited by the children of our professors and staff and guests. They will increase their knowledge through interaction and reading books and be formed on Christian values,” said Fr. Prach. 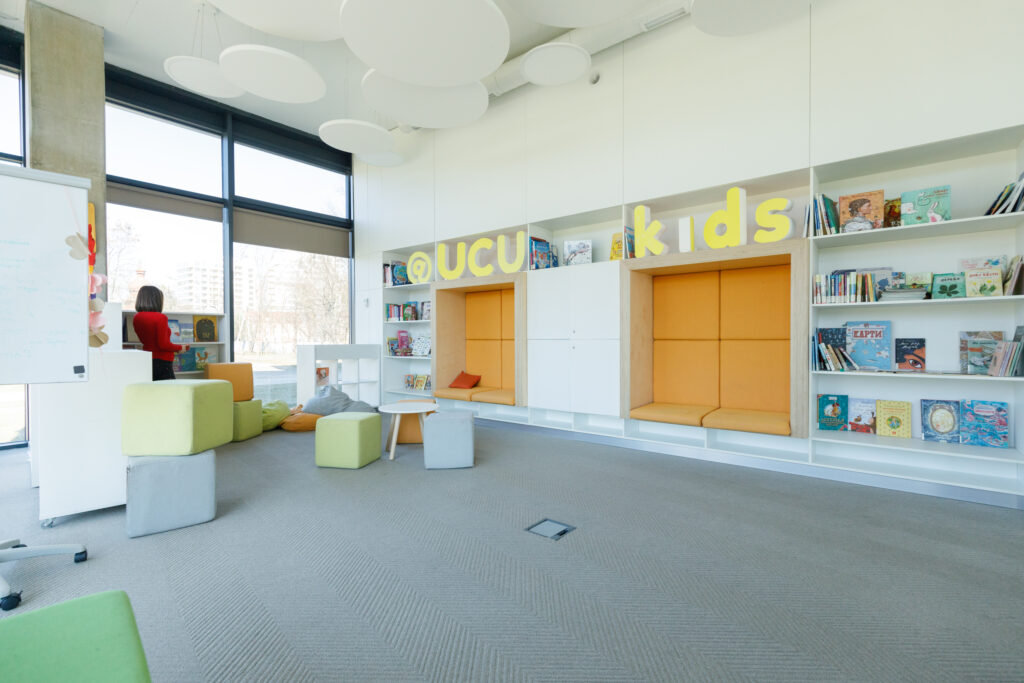 The rector then also announced that a part of the donation from the Schirmer family will be used for UCU’s social and charitable projects: “With the help of this large gift, we will be able to serve our neighbors through projects operating at our university. We often remember in prayer the departed, Olha and Herbert Schirmer, in our church at various gatherings. This couple is an example of the fact that every good which flows from a sincere heart and is given to others can be multiplied. We pray and we believe that the Lord will reward those who know how to share His gifts generously.”

Olha Olenska-Schirmer passed into eternity on November 21, 2020. She was born in 1923, the youngest of six children. She studied in Lviv, Ukraine, and in Germany. In 1946, she immigrated to the United States. Her husband, Herbert Schirmer, was a doctor and she was a nurse. They are fondly remembered by nieces and nephews in the USA, Canada, and Germany as a cheerful, loving, and positive family.

Their donation will be used, among other things, to support the practicum of students of the UCU Social Work Program, the Emmaus House, UCU projects like the Volunteer Brigade and Christmas Eve for the Poor, and various projects of the Lviv Education Foundation, which is staffed by a number of UCU graduates. 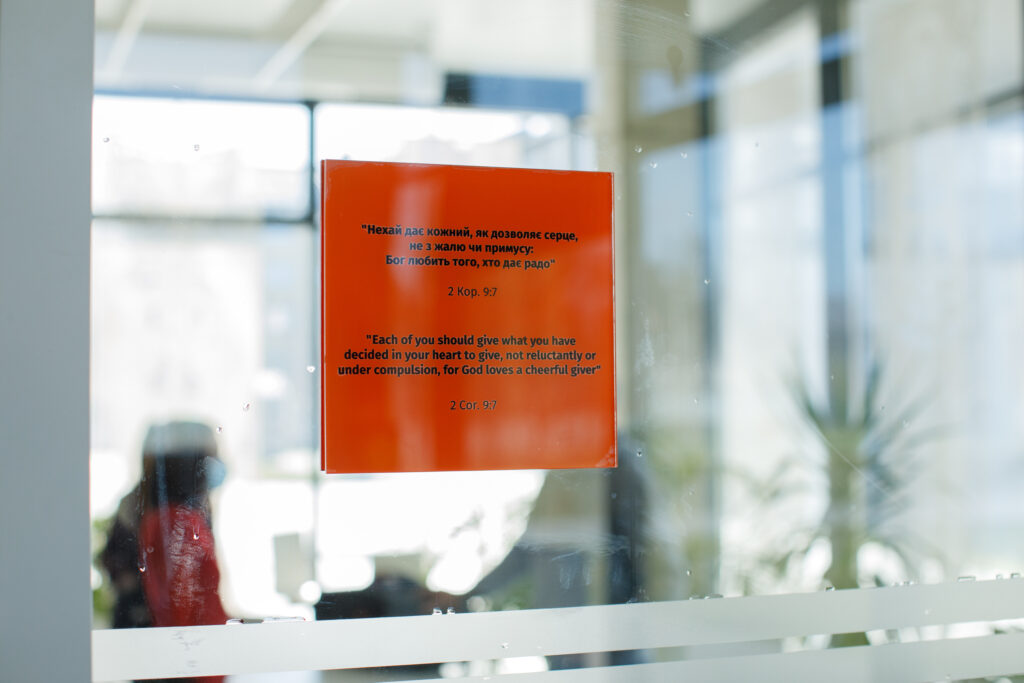 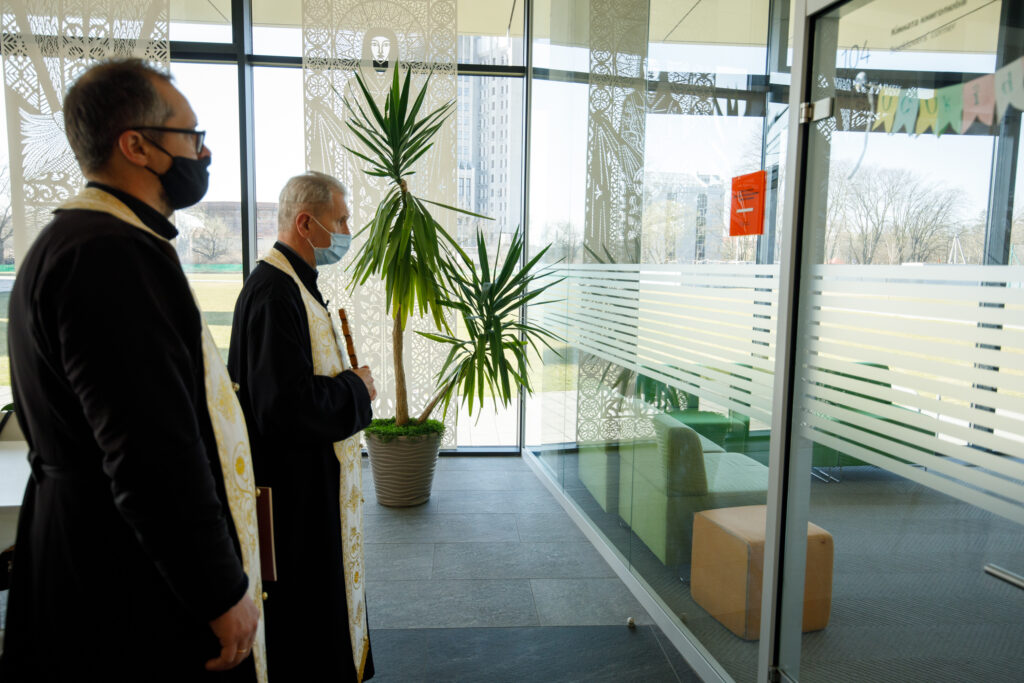