The book of noted historian Timothy Snyder about the Holocaust has been translated into Ukrainian and published. The first presentation and a discussion of its contents was held at the Ukrainian Catholic University in Lviv. 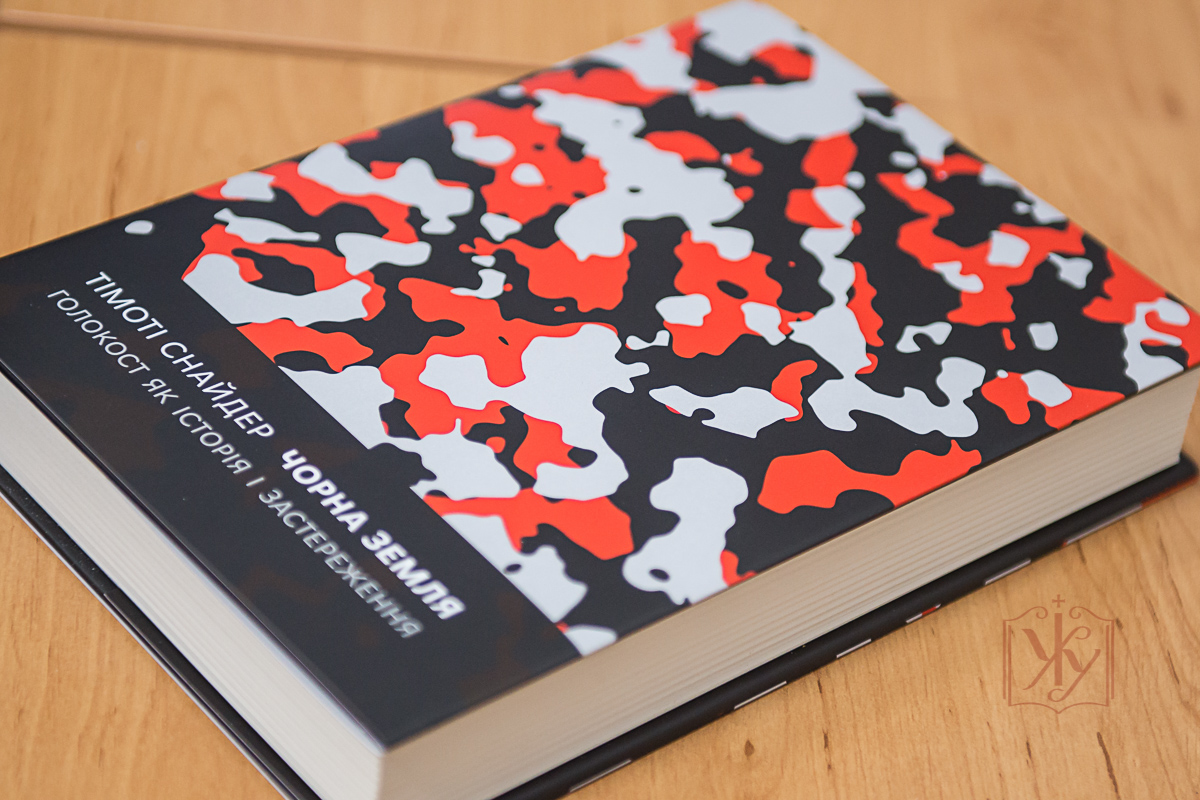 Volodymyr Sklokin, scholarly editor of the translation, who has a candidate’s degree in history and is the coordinator of UCU’s interdisciplinary program in public history, states that Timothy Snyder, as a very ambitious historian, proposes his own, original interpretation of events about which very much has already been said and written, for the Holocaust is one of the central themes of scholarly research and public discussions in the West.

Timothy Snyder calls the conclusion of the book “Our World.” Here the author, among other things, shows the threats connected with Russian aggression, as a consequence of which is happening the gradual return of the idea of an ethnic war with attempts again to destroy countries and the desire to find a new scapegoat which will be responsible for the world’s decline.

“I had the pleasure of being present at certain stages of the preparation of this work. The summaries were written in 2013 and 2014, that is, when the events of the Euromaidan were happening. Snyder was in Vienna then, at the Institute for Human Sciences. I had much contact with him and I saw how the events then happening in Ukraine influenced his interpretation of the Holocaust, in particular, the thesis about the destruction of states and statelessness that happened in eastern Ukraine and Crimea.

“And this immersion in the events of the Holocaust helped him to understand Russian politics better. At the same time as he was writing the book ‘Black Earth,’ Professor Snyder wrote many popular texts dedicated to events of the Euromaidan. And this is a very good example of how it is possible to look at the past from the perspective of today,” says Volodymyr Sklokin.

Regarding the main chapters of the book, Volodymyr Sklokin considers that the author advances the main thesis, the twofold destruction of states by the Nazi and Soviet regimes. Professor Snyder explains that the cause of the destruction of the Jews was not an all-powerful, bureaucratic modern state which combined with Nazi, anti-Semitic ideology, but, on the contrary, it included the process of the destruction of states in Central-Eastern Europe, particularly in the zone of double occupation, which covered the territories of Western Ukraine, Poland, and the Baltic countries.

“In this way, Snyder,” says Sklokin, “opposes the traditional interpretation of the Holocaust as Hitler’s previously planned plan and says that the destruction of the Jews was an unforeseen consequence of a colonial war and the destruction of states and bureaucratic institutions, which deprived the Jews of the protection of law which they had enjoyed up to that time.”

«Separate theses which sound convincing in Snyder are, in fact, hypotheses» 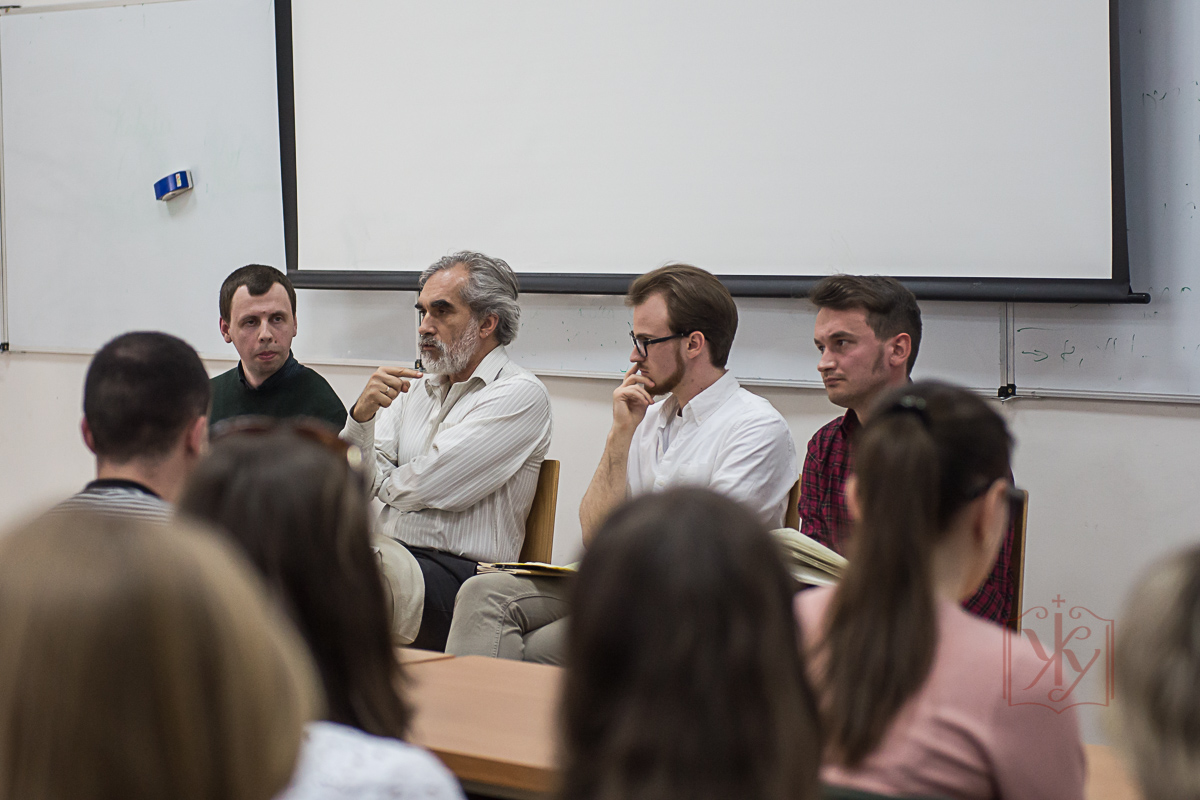 Professor Yaroslav Hrytsak of the Ukrainian Catholic University shares his impressions of the book:

“First, it is worthwhile to emphasize that the book that made Timothy Snyder a world-renowned historian is ‘Bloodlands,’ and that is his best known work. And it is very difficult to write another book after a very good one, because everyone will compare it to the previous one. Snyder wanted to write a work which would be comparable to the previous. I will immediately say that the book ‘Black Earth’ is not better but weaker, and this is also seen in the reaction of reviews. Almost every review has a very strong negative component.

“However, the strongest and most controversial thesis of this book is not about the genesis of the Holocaust but that the Holocaust happened because of Ukraine, therefore, the name ‘Black Earth,’ that is, Ukraine’s black soil. In fact, Professor Snyder attempts to change the center of Holocaust studies: while earlier they spoke about the destruction of the western Jews and the camp of Auschwitz, here the accents are changed to the East. This book is written in the form ‘Poland+,’ when Eastern Europe is not on the periphery. On the contrary, it is there, in particular in Ukraine, where the central history of the 20th century occurs.

“Snyder shows that the presence of a government, even the worst one, is better than its absence. For then this leads to a destructive scenario. So the author calls Hitler an ecological anarchist; his predecessor was Stalin. Therefore, the territory between the Baltic and Black seas experienced the process of a twofold destruction of states. At first in 1939 Stalin came and ruined everything ‘on the border,’ which became the western border of the Soviet Union. And then Hitler came to this territory and ruined it a second time. This to a significant extent led to the scenario of the Holocaust.

“Snyder gives a very strong accent to the importance of all the divided territory in the 20th century. He clearly explains that Hitler’s plans for Ukraine and the Holocaust rose out of the defeat of Germany in 1917. He makes a step to the conception of a 30-year war of the 20th century: that is, of a war that began in 1914 and ended in 1945.

“Still, it is worthwhile noting here that Hitler did not have an exact plan for the Holocaust and did not foresee the total destruction of the Jews. There is no document where it said that all the Jews needed to be destroyed. And to the end of the war there existed a so-called ‘Madagascar plan,’ the essence of which was that the Jews who survived would be sent to the island of Madagascar. Through this arose the hypothesis that the idea of destroying all the Jews appeared in the summer of 1941, when Hitler occupied Ukraine. But this thought is, in the majority of research works, marginal. In Snyder it becomes central.

“Timothy Snyder is a master of style. But when you come closer to the question of Ukraine, you start to doubt – for separate theses which in him sound convincing are, in fact, hypotheses. In particular, this concerns the Soviet occupation of 1939–1941. The author writes that the Soviet Union consciously condoned local Communist nationalists and allowed them to preserve local institutions. This, in fact, was not the case.

“That is, often the contents of phrases are sacrificed to their beauty and the argument is lost among too many noisy words. In general, the thesis of the book is exaggerated, that is to say, too strong. It requires very much further work. But in this a plus can be seen, for before us a new horizon for discussion is opening up which Ukrainian historians often do not notice, and they don’t understand the importance of the Ukrainian question. This book of Snyder should motivate writing about Ukraine in a different manner, with an awareness, first of all, of how interesting Ukraine is, and second of all, how through studying this process the future can be predicted.

“Without a doubt, the importance of the book is in its wide scale, the global context which it covers. After this work, it will be very easy for me to talk about the responsibility of Ukrainians for the Holocaust. The author does not relativize, does not remove our responsibility. On the contrary, he contextualizes it and makes the process of apologizing much more natural,” says Hrytsak.

Also taking part in the discussion was a graduate of UCU’s history program who is today an assistant at Yale University, Yevhen Monastyrskyi:

“It’s important that in this book, in particular in the final section, we see no accusations or attempts to blame anyone. On the contrary, Snyder proposes turning attention to the problem in Syria, refugees, or the problem of Russian aggression.

“As to the book’s main thesis: in my opinion, the main thing for Snyder is not Poland and not even Ukraine but the territories which were divided between Germany and the Soviet Union by the Molotov-Ribbentrop Pact. So the author explains that all Holocaust history does not give attention to this document but immediately starts with a description of suffering, murders. So, it’s as if this was planned.

“Too often after the fall of the Berlin Wall and the opening of archives we talk about the Holocaust with a particular shade of memory – when it is necessary not only to remember but to look for theories, connections. Just so, Timothy Snyder tries to depart from these connotative practices which have taken over historical studies throughout the last 30 years. His book is not a discussion about memory. It’s a discussion about interpretation.”