At the end of last year, the British publishing house Hachette released a shortened English-language translation of “A Ukrainian Christmas” by Yaroslav Hrytsak and Nadiyka Gerbish.

This book has held first place for a few weeks on Amazon.com in two categories, “History of Ukraine” and “History of Eastern Europe.” And in December it was named “book of the month” and now continues in the top-100 best books about Christmas. The book has also been published in the Estonian language, and American and German publishers have bought the rights to publish it. 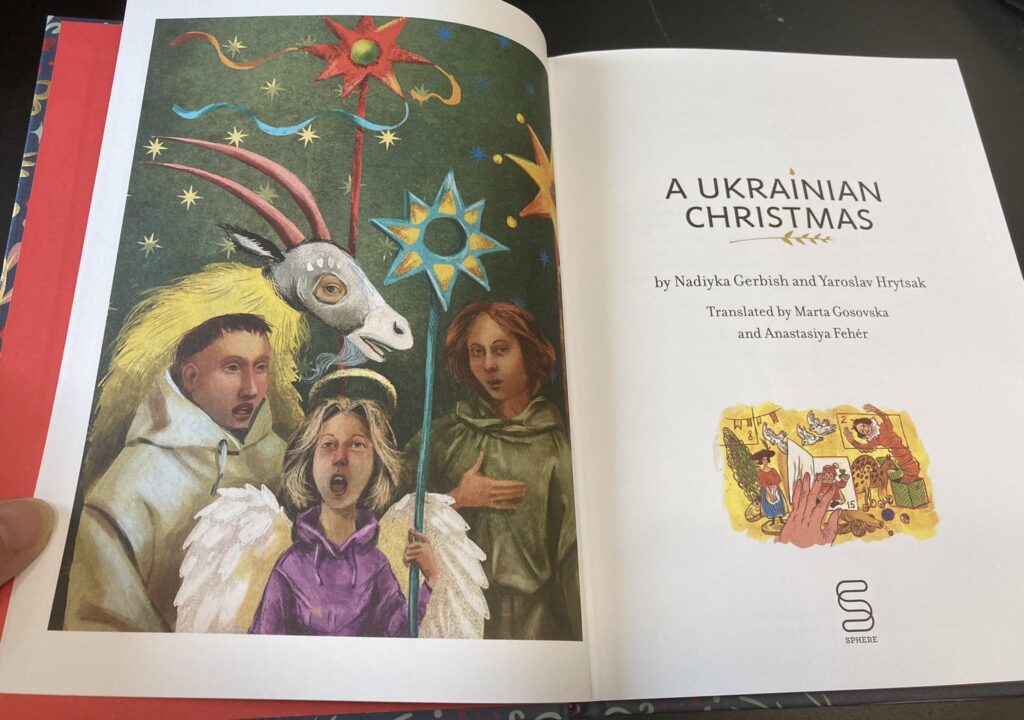 The book is dedicated to the memory of Artem Dymyd and “other children of Rachel, killed by the newest Herod.” UCU graduate Denys Kolyada also gave a copy of the book to Pope Francis.

On the basis of the materials of “A Ukrainian Christmas” and also wartime stories, BBC 4 Radio prepared a broadcast about Ukrainian Christmas. It will premiere on 8 January. On the program you’ll be able to hear the voices of both authors and also Archbishop Borys Gudziak, Ivanka Dymyd, Olenka Dzhedzhora, and Fr. Yuriy Shchurko. Please tune in!

‘Christmas brings the indestructibility of hope in times of the greatest hopelessness. As long as we celebrate this holiday, we can neither be defeated nor destroyed. This is the message that Ukraine is trying to convey to the world as it celebrates its own Christmas Day.’

From Christmas music to gifts and food, as well as a look back through the country’s rich and troubled history through the perspective of the festive season, this Sunday Worship explores Ukraine’s unique Christmas traditions – a powerful reminder of the strength of holding on to your culture and beliefs, even as others try to take everything from you. With testimony from a survivor of the siege of Mariupol. Nadiyka Gerbish is a Ukrainian writer and podcaster. She has written nineteen books, many of which have become bestsellers and have won numerous awards.

With Yaroslav Hrytsak, a Ukrainian historian who explores the unique political history of Ukrainian carols. Homily: Revd Yuriy Shchurko, Dean of the Theology and Philosophy Faculty at the Ukrainian Catholic University. Prayers and blessing: The Metropolitan Archbishop of The Ukrainian Greek Catholic Church, Borys Gudziak.