The charitable organization Operation Ship-A-Bear, which collects presents for children in crisis situations, has sent its first shipment of teddy bears to Ukraine and Poland for Ukrainian children suffering from the war. 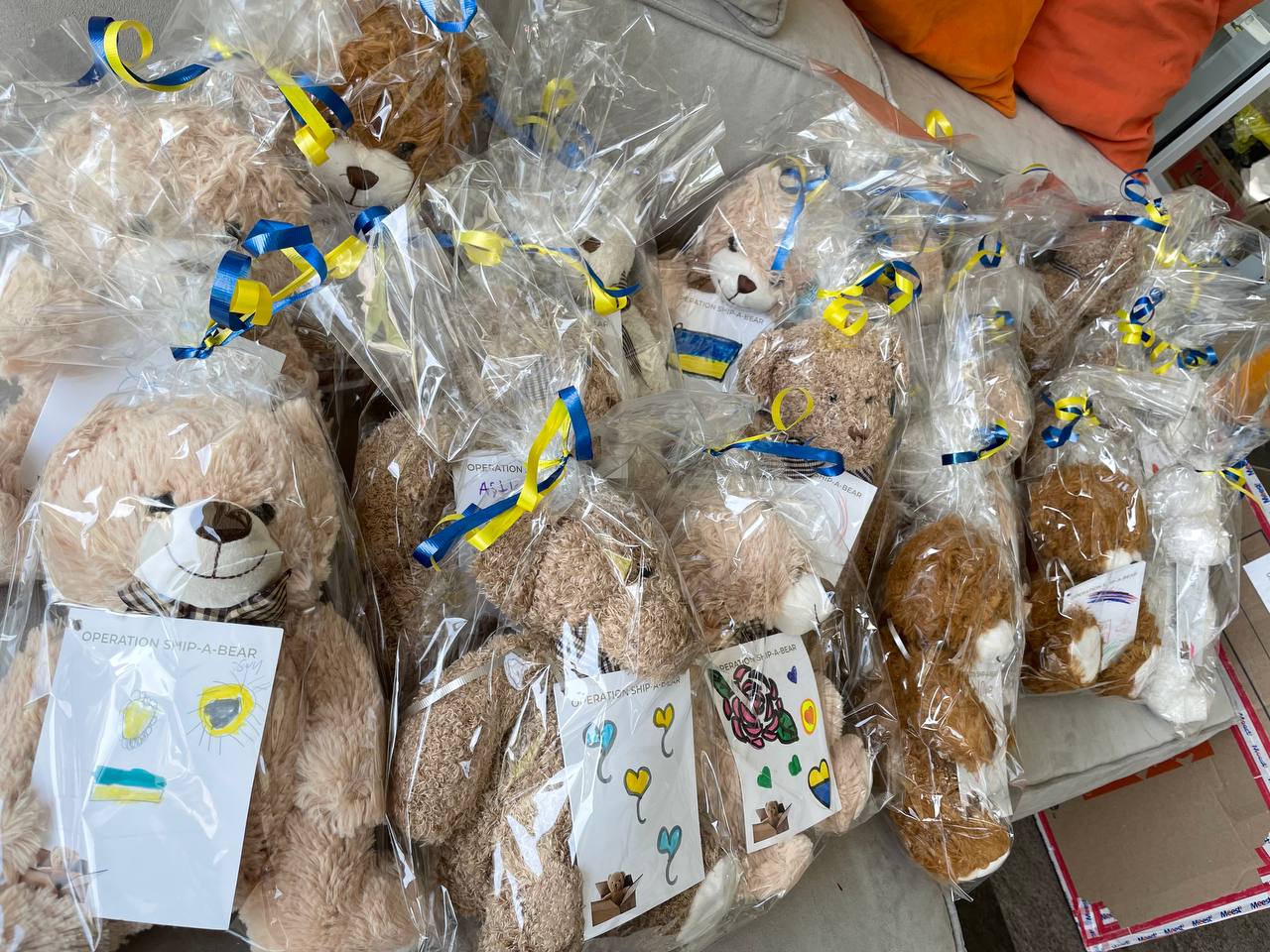 Jodi Gutierrez and her son Justin organized the effort: “We hope that these bears will give the light of hope and happiness to children who have had such hardships,” said Ms. Gutierrez.

The Ukrainian Catholic University received the first 32 bears and gave them to refugee children suffering from the war. They are now living in a shelter which UCU has prepared in one of its buildings. In addition to the bears, children have received letters with greetings from American schoolchildren.

Khrystyna Machynska, project coordinator for the UCU Development Department, said the Ukrainian children were pleasantly surprised by the gifts: “They are trying to translate the greetings on the letters. They’re reading them and sharing with one another.”

This is the first shipment of teddy bears for Ukrainian children. The initiative’s organizers plan to send more such gifts in the future. “These bears are not simply toys. This is a part of your hearts which you’re sharing with us. We thank you for supporting Ukraine and Ukrainian children,” added Machynska.