The San Francisco and Los Angeles Friends of the Ukrainian Catholic University Committees worked as one West Coast Team for UCEF’s first-ever virtual fundraiser on September 26. In addition to California, supporters from Nevada, Oregon, Washington State, Colorado, and the greater Western Region of the U.S. joined the multi-faceted event on the Zoom platform. The virtual format also enabled the participation of benefactors from across the U.S. 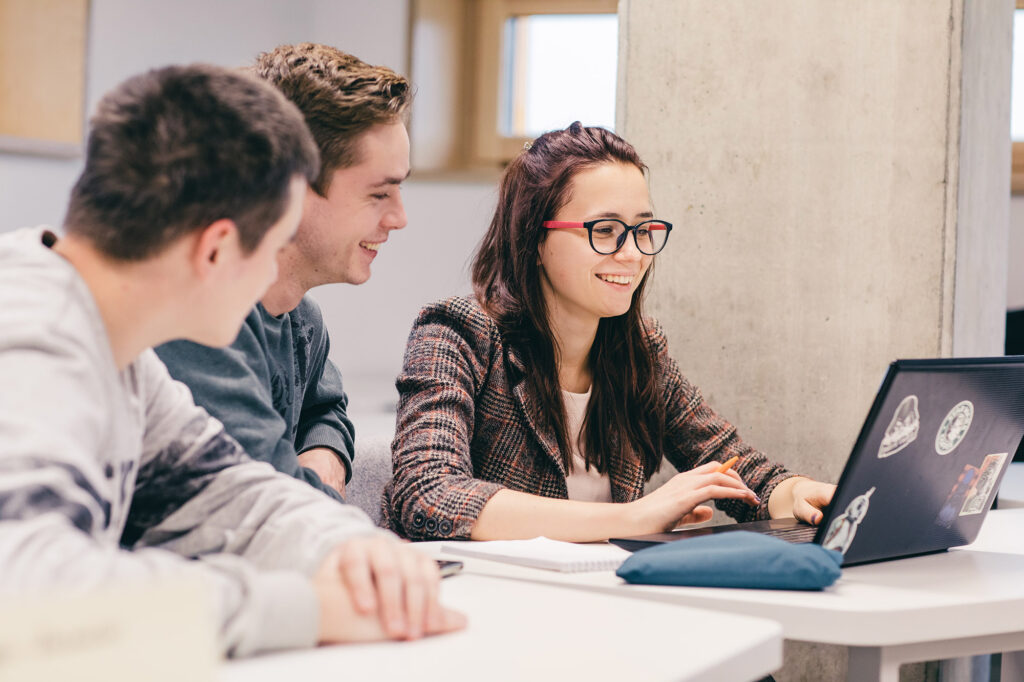 Over 100 guests tuned in to this Saturday evening event hosted by Los Angeles actor and producer George Wyhinny (assisted by Daria Makuch in an opening skit), and were treated to musical performances by Northern California favorites Buryma Band, vocalist Anytchka, and soprano Alina Ilchuk with Andre Liesnyi. UCU provided video presentations showing the university’s progress during this challenging year, including its impressive adaptation to coronavirus restrictions by moving to online learning.

A series of short videos featured UCU students as they offered thoughtful reflections on their life-changing experiences as students at UCU, including 2020 Valedictorian Maryna Bohun and Salutatorian Marko Klymovsky. Bohun, who hails from far eastern Ukraine’s Luhansk region and earned a Master’s of Public Administration, affirmed with appreciation: “At UCU we were taught to show good example to others, to take responsibility, to be in charge of our actions, which are based on Christian values, and to unite around our national idea.” 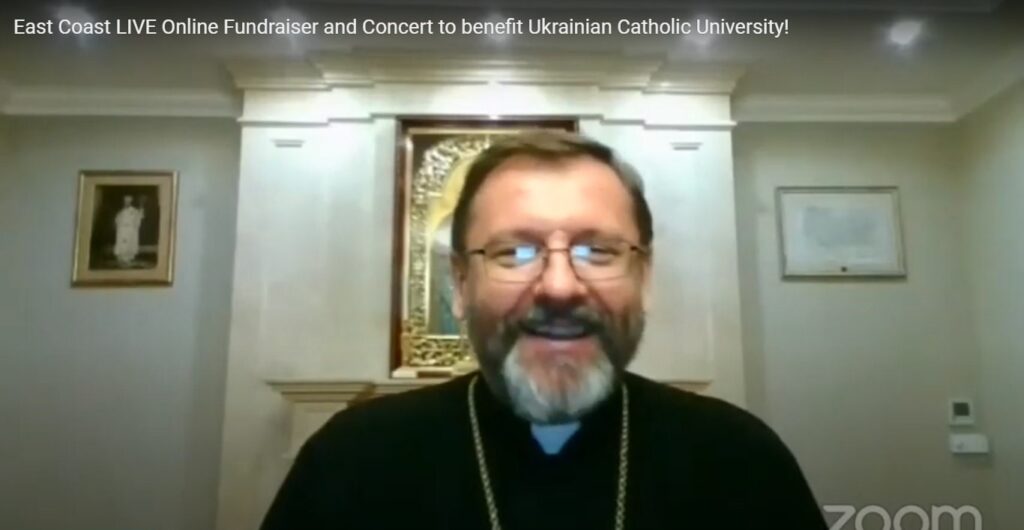 Summing up two days of meetings with the UCU Senate (governing board), UCU President Archbishop Borys Gudziak of Philadelphia said: “I’m happy to report UCU is doing well,” regardless of war, flood, fires, and economic crisis. UCU “is really successful,” continued the archbishop. “The buildings are beautiful, the programs outstanding, and the people want to serve. So I thank all of you.”

Fr. Bohdan Prach, UCU Rector, gave an inspirational message and then, in a surprise at the end, entertained by playing on the accordion.

American donors shared inspirational messages on the value and importance of supporting UCU including Adrian Slywotzky, an internationally renowned business consultant, and Nataliya Anon, Founder and CEO of Svitla Systems. 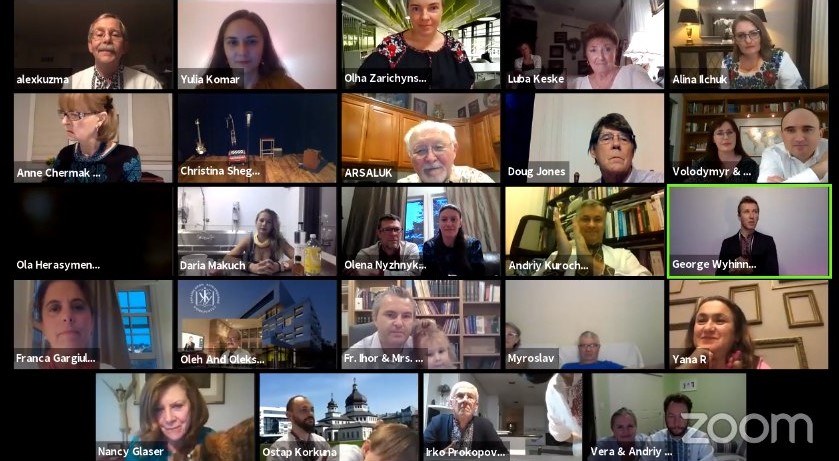 o quote Adrian Slywotzky: “The single best start-up I’ve ever gotten to encounter and work with is the Ukrainian Catholic University in Lviv.” He noted that the university is “fast and focused,” and “the quality gets better and better every year.” To the fundamental axiom of fundraising that “no amount is too small,” Mr. Slywotzky added, “No amount is too large,” and stated that UCU has been by far the best investment he’s made in the last 30 years.

In addition, committee member and generous donor Ostap Korkuna, software engineer at people.ai and co-founder of the NGO Nova Ukraine, held a fundraiser for an UCU scholarship on his own Facebook page as his way of celebrating his 33rd birthday, which fell on the same day as the West Coast event.

San Francisco Bay Area NGO Anhelyk, under Anon’s leadership, also raised funds for an UCU scholarship, to be awarded to the child of a parent killed in the Donbas war. UCU, Anon said: “literally changed the educational landscape in Ukraine. By offering fair admissions and financial aid to the best and brightest youth in Ukraine, it uplifted educational standards for the entire system.”

Special thanks to those who donated for the event auction and to Oleh Kuzio for hosting it.

This was truly a team effort. There was great collaboration, idea sharing, and support that served to highlight what a remarkable institution of higher learning UCU is. Kudos to event co-chairs Luba Keske, LA Friends of UCU Committee Chair, and Anne Chermak Dillen, San Francisco Friends of UCU Committee Chair; Nick Stankovich in Seattle; the entire UCEF team and UCU development staff.