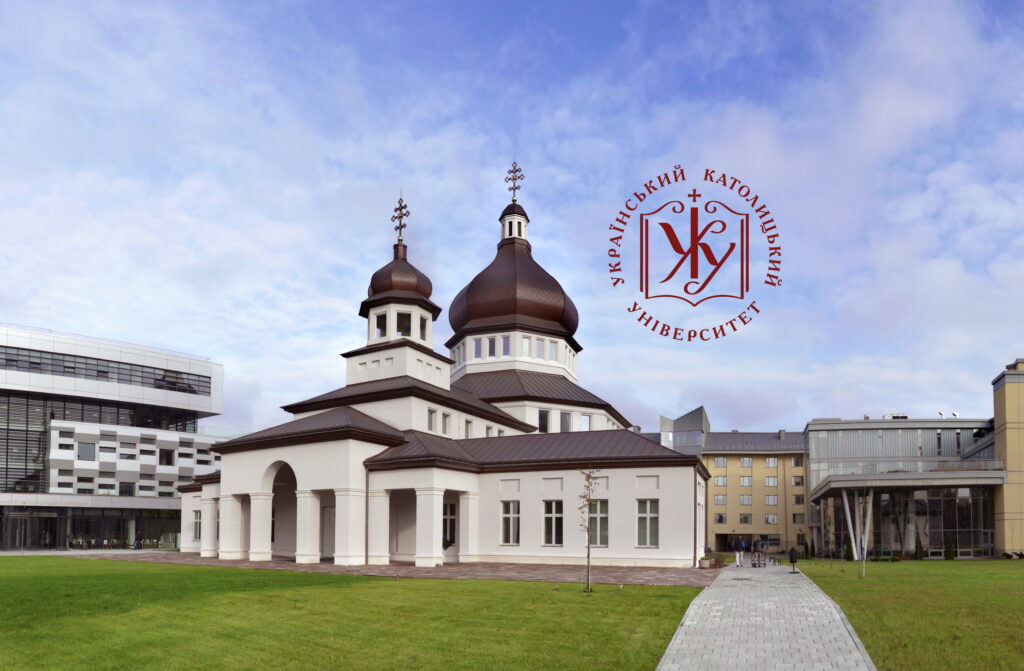 With the beginning of a new phase of the latest Russian-Ukrainian war, Ukrainians invariably recognize themselves in the pages of Scripture in the twists and turns of biblical history. Under the Putin regime, they recognize: “for they are demonic spirits, performing signs, who go abroad to the kings of the whole world, to assemble them for battle on the great day of God the Almighty” (Revelation 16:14), and they find hope in David’s victory over Goliath. (1 Samuel 17: 1–52).

The pain of suffering and death, the bitterness of the insensitivity of some world politicians, as well as gratitude to others who came to our aid – these are the emotions that the Ukrainian people are experiencing today. At the same time, they are convinced that the new Ukraine will be built on the sacrifice paid by Ukrainian soldiers and civilians today. For this is what can be deduced from the words of the sacrificial Lamb of God: “Behold, I make all things new” (Revelation 21:5).

The biblical tensions of the current Russian-Ukrainian war are changing the face of the planet. Today, the entire security structure of the world that emerged after the Second World War is bursting. The cracks are spreading throughout the body of international agreements, security institutions and peacekeeping mechanisms. In an instant, someone’s professional career and usual worldviews lose their meaning. Unambiguous axioms are now losing  their certainty,  becoming  theorems that have to be proven again.

The Christian ecumenism also felt all the cracks that ran through the geopolitical status quo. The whole corps of inter-church relations staggered from the blatant paganism of the statements of the Moscow patriarch, who justified the brutal atrocities of the Russian military. All those “professional” ecumenists who, at Moscow’s request, at the slightest opportunity rebuked Ukraine for alleged violations of the religious freedom of the Orthodox, who were in Eucharistic unity with the Moscow Patriarchate, have lost the sense of shame. After all, now the head of the ROC himself has actually justified the murders and rapes of the same Russian-speaking Orthodox whose lives have now been plundered for many years.

Obviously, we hear the voices of the leaders of the Churches of the world calling for an end to bloodshed and the salvation of human souls. We are grateful to theologians of various denominations who have condemned the perpetrators of the war and the atrocities they committed. At the same time, however, we cannot fail to notice other statements that are too often feared. Fear of calling the culprit by name. Fear of harming “ecumenical dialogue”. Desperate attempts to preserve the remnants of the geo-Christian status quo, where beautiful words glorify the bitter truth of separation and reluctance to unite. The prevailing desire is to reconcile the “quarreling brothers” as soon as possible and return to the established matrices of “dialogue at all costs”, habitual personal connections, behind-the-scenes arrangements and ostentatious exchanges of courtesies. The goal is  to save one’s own hierarchical status and career, and to calm the conscience.

All this can be understood on the human level, but in the providential sense it is useless. The present moment requires a prophetic voice from the Churches that is incompatible with fear and ideology. We do not want to hear from them about being “deeply concerned by the war”, because it is the language of diplomacy. We seek to hear the bold words of truth that Jesus, who taught us by his counsel, would say today: in the affairs of God, truth cannot be avoided because of fear. Only the language of truth can be considered the language of faith. “He who finds his life will lose it, and he who loses his life for my sake will find it.”(Matthew 10:39).

Equally contradictory to the Gospel is the equalization of the suffering endured by Ukrainian and Russian servicemen. The former defend their land, the latter plunder someone else’s. Those Russian war criminals who destroy maternity hospitals, shoot the elderly and children, rape women, loot, and boast of their “achievements” are not “poor.” The ideology of political correctness can equate the suffering of the Ukrainian and Russian military, but not the evangelical feeling that always stands on the side of the victim.

That is why we are convinced that it is time for the world to make a concrete decision, both politically and spiritually. At this point, it is impossible to continue not noticing the satanic nature of the Kremlin regime, which sows hatred, lies unceremoniously and unleashes terrible wars. This is a new offspring of the power that the Mother of God warned humanity about in Fatima – and this power must bear legal and moral responsibility. Russia’s war against Ukraine cannot end with its instigators and all those who led and justified it continuing to be considered legitimate members of the world community.

It is also unacceptable that the leadership of the Moscow Patriarchate does not bear moral and sometimes legal responsibility for providing moral support to the Putin regime and approving the war it has waged. Consecrating the horrific atrocities of Russian soldiers in Ukraine, it was the Moscow Patriarch who said: “Our servicemen can have no doubt that they have chosen the very right path in their lives.” Therefore, the task of the Christian ecumenism is to clearly state to him that both the path of those servicemen and his personal path are destructive.

If the Christian world wants Russian Orthodoxy to recover morally and give the world deep treasures of the true faith and its tradition, it must realize that this will not happen unless the hierarchy and the faithful of this Church pass through moral repentance. Ecumenists of the world must admit that the parallels between the ideology of the “Russian world” and the Nazi ideology have become quite justified today. That is why the Russian Orthodox Church, which has also become the Reich Church, must bear its shame in the same way as the German Evangelical Church did. After all, God’s peace is always the fruit of renunciation of evil and union with God.

Therefore, on behalf of the entire community of the Ukrainian Catholic University, we call on Christian leaders around the world to speak their confessional and prophetic word and to stop evil! It is unbearable for us to see how the darkness and death are trying to absorb the generations of Ukrainian youth that we have led to the belief in Goodness, Truth and Mercy. Let’s not let them despair of these values ​​and help them see the dawn: “the night is far gone, the day is at hand. Let us then cast off the works of darkness and put on the armor of light” (Romans 13:12). Let the current bloody sacrifice of Ukraine become a moment of kairos, from which the renewal of the whole earth will begin!