On 9 July during commencement ceremonies at the Ukrainian Catholic University, an honorary doctorate (honoris causa) was presented to a Ukrainian patriot, doctor of philology, professor of the Department of the History of Ukrainian Literature at V. Karazin National University in Kharkiv, Archbishop Emeritus Ihor Isichenko.

Oleh Turiy, Director of the Institute of Church History of the Ukrainian Catholic University and UCU’s Vice-Rector for External Relations, read the commendation on the occasion of awarding UCU’s honorary doctorate to Archbishop Isichenko: “Awarding the UCU honorary doctorate [honoris causa] to Archbishop Emeritus Ihor Isichenko today is not an honor as much as an expression of our gratitude, dear Archbishop, for opportunities to interact and work together with you, for your witness of perseverance, courage, and dedication, with a hope for our further ministry ‘in Ukraine and internationally, for the glory of God, the common good, and the dignity of the human person,’” said Oleh Turiy.

While awarding the honor, Oleh Turiy announced the expansion of the Ukrainian Catholic University and the opening of an UCU center in Kharkiv. The senate of our university made this decision a few days earlier. The building will be based at Patriarch Mstyslav College in Kharkiv, the establishment of which Ihor Isichenko was involved in and which, from its very beginnings, was in close contact with the Lviv Theological Academy, now UCU.

“It is a great honor for me to receive this distinction from the Ukrainian Catholic University, a university with which we were acquainted even before it was created. In 1993, when the Institute of Church History was organized, I had the honor to be present at these events. Already in ’94 we maintained contacts with the Lviv Theological Academy. I am grateful to Fr. Mykhailo Dymyd, the first rector, for the professors who provided instruction at Patriarch Mystyslav College, this school in Kharkiv which was so closely connected with UCU, and now a new level of cooperation is coming.” Archbishop Ihor Isichenko, who participated in the commencement exercises online, said this as he received his award.

Archbishop Ihor noted that, despite the war, we already need to be concerned about the future rebuilding of the country: “Suffering the war, opposing the aggressor, we still must think about the future, about the strategic development of our school, scholarly plans, which is a challenge for us. I hope that our meeting today, though virtual, will be the start of cooperation for us which will be of benefit to Ukrainian society. I am sincerely grateful and hope that UCU will keep its reputation as one of the best educational institutions. And it’s an honor for me to be involved in its work.” 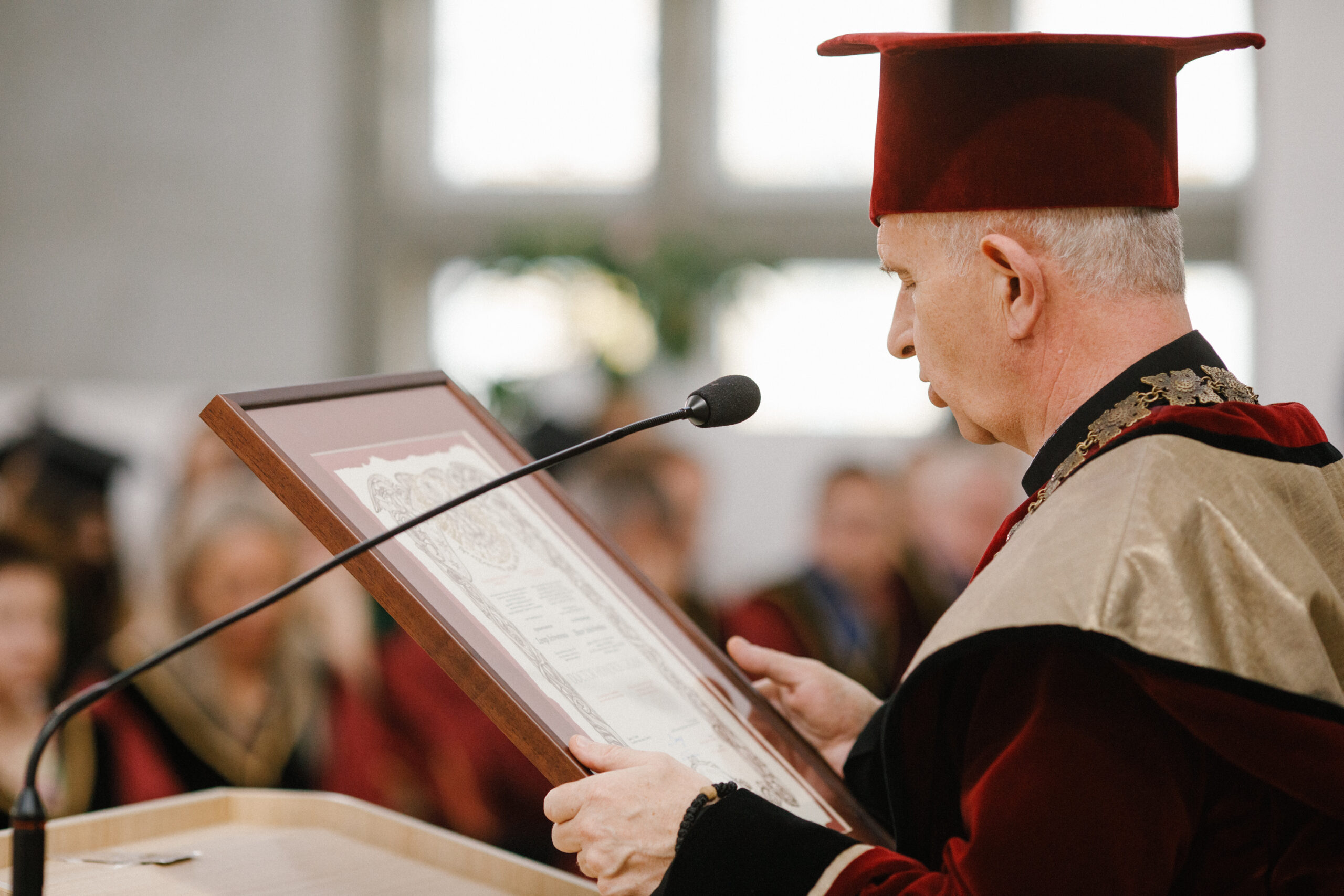