On the vocation of the human being. This is the name of a book authored by Bishop Benedict Aleksiychuk, ruling hierarch of the Chicago Eparchy. The bishop reflected on the meaning of human life and vocation, to which he added testimonies of his peers. Among the heros of the book are five people from the Ukrainian Catholic University.

The publication is divided into two parts: the bishop’s thoughts on the essence of vocation and the tireless search for it in life and real stories of noted people who responded to God’s call.

(BELOW are short translated excerpts from the Ukrainian-language book published by Svichado.)

“When I finally accepted my weakness, I found in it a pearl”

Zenia had everything: a successful career, material security, caring family, good friends. But inside she felt empty.

“I needed to live in the world of mind, emotions, feelings, in the world of music and success, in order to realize that God was calling me to something else, to internal freedom, to life with Him and friends in Canada and Ukraine… And when I finally accepted my weakness, touching the deepest vulnerability, I found in it that pearl, that greatest treasure and happiness, the God of Love.”

“My mother’s prayer made me a priest” 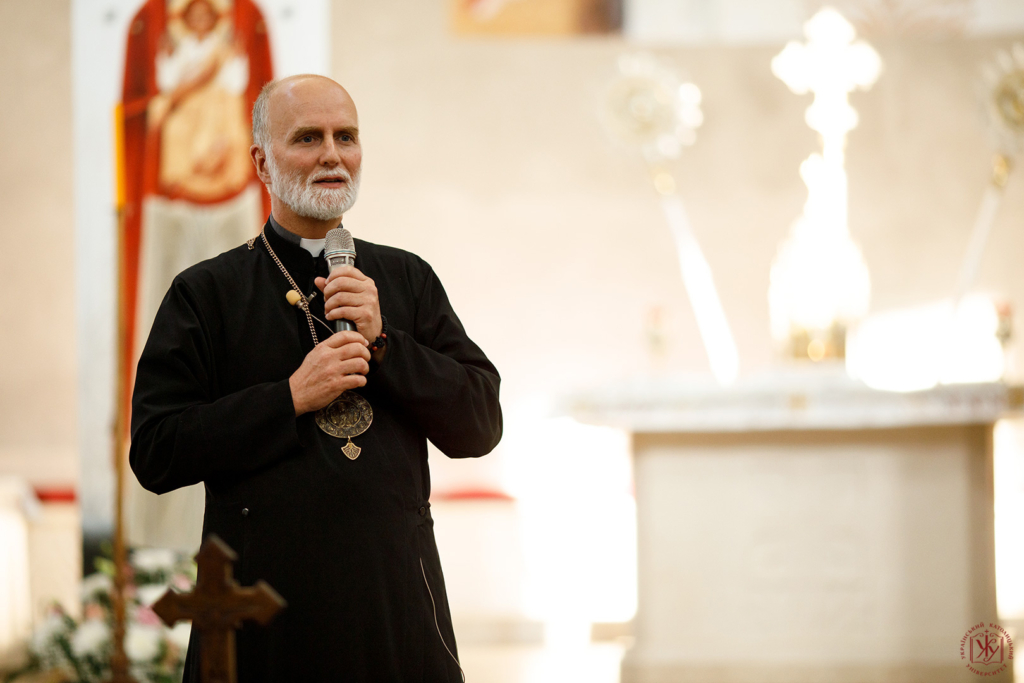 “You could say that my mother’s prayer made me a priest. My parents for a long time had no children. The doctors said they wouldn’t. After nine years of marriage, when my parents had begun the adoption process, Momma became pregnant at 34. At church for May devotions, she made a promise: If a healthy boy was born, she would try to raise him to become a priest. Momma never spoke to me about this. I found out accidentally, already when I was a priest, reading her interview in the newspaper ‘Express.’”

“God owes us nothing. Everything is a gift.” 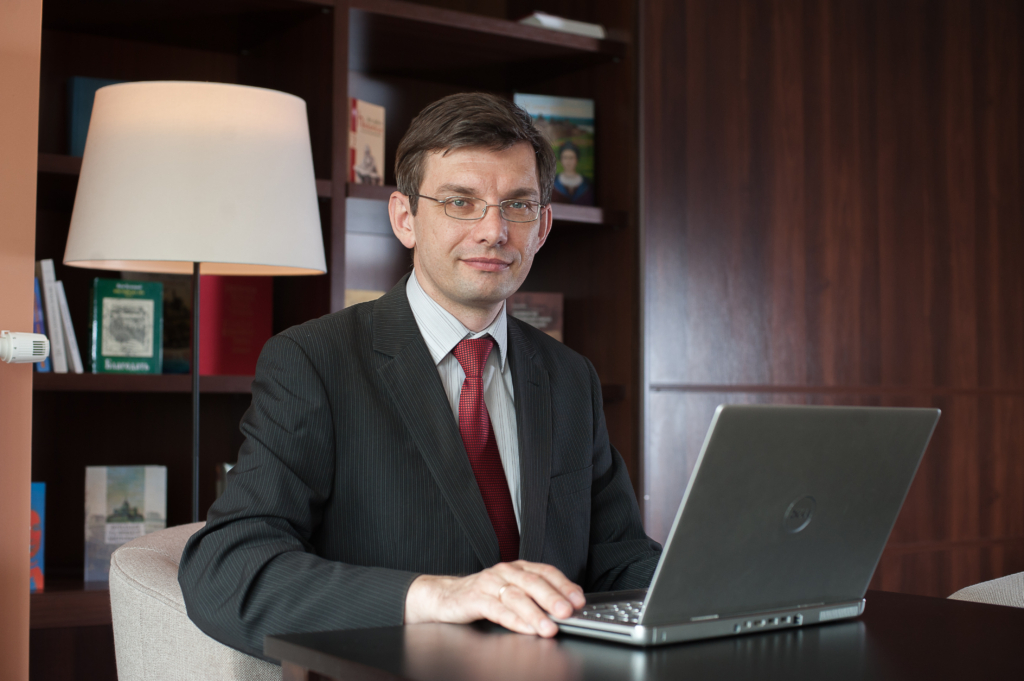 According to Taras Dobko, his path to God was not thorny. He made a choice in childhood, “I was on the side of good.” At that time he rejected the street, which was “glorified” by teenage hang-outs, vulgar jokes, foul language, abuse of alcohol, smoking and gambling.

“At some moment, a person is determined by his moral orientation – you’re on the light or the dark side. You don’t become a saint, you continue to err and sin. But you’re on the team of Luke Skywalker, not Darth Vader. You’re one of those who builds up and doesn’t destroy, who are for life, not for an attack on it.”

He has dedicated 23 years of his life to work at the Ukrainian Catholic University. “UCU is one of the best things that could happen in my life. This is a gift of God, a blessing, and a formational program. What did I learn at UCU? God owes us nothing. Everything is a gift… One of the most valuable gifts is the awareness that your academic service as a layman can be a source of evangelization for people from the environment of Ukraine’s secular universities.”

“My work at UCU and being in its community has been a blessing of God for me.” 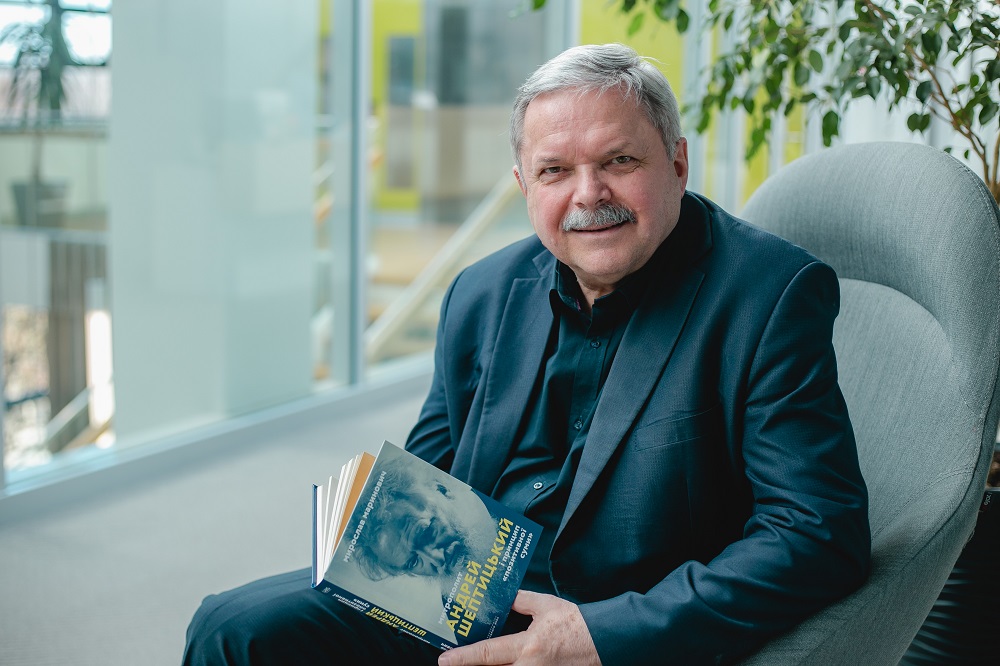 During imprisonment in a camp of harsh regime in the Ural Mountains, Myroslav Marynovych declared a hunger strike, demanding the right to have a Bible with him.

“I went on hunger strike for 20 days… But I ended up in a logical trap. On the one hand, my hunger strike for the Bible was entirely justified ‘God owes us nothing. Everything is a gift.’ A Bible or a Koran is accessible for prisoners in all the world’s prisons. I suppose that my desire to know God’s law better was also justified in God’s eyes. However, on the other hand, without the Bible I already knew that suicide is a reprehensible step in His eyes, and by my hunger strike I could put myself on the edge of death.”

In prison Marynovych had many internal victories, which he shares with the reader. Later, then-Fr. Borys Gudziak suggested he found the Institute of Religion and Society at the Lviv Theological Academy (now Ukrainian Catholic University).

“This decision has determined my fate in life until today. Twenty years of work at the Ukrainian Catholic University and being in its community has been a blessing of God for me, which a hundredfold has awarded me for the decade of my imprisonment.”

“Faith cannot be brought to man. Faith is simply given, and the person accepts faith.” 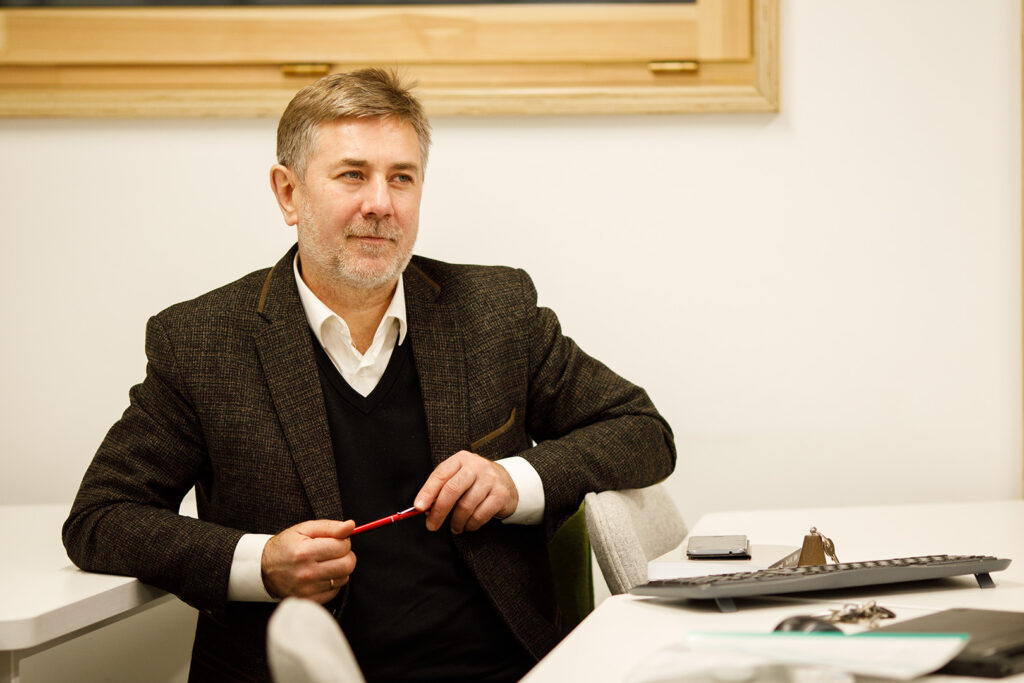 Professor Ihor Skochylias, Doctor of History, Head of the History Department of the Humanities Faculty of the Ukrainian Catholic University, director of the Center of Religious Culture, initiator and inspirer of the Kyivan Christianity research program.

Halyn Pastushuk, assistant professor of the UCU Theology Department, wrote about the testimony of the late professor.

A turning point in the formation of Skochylias occurred at the Summer Theology School in Univ in July 1996. To that moment, he still carried a deep wound from a triple tragedy in his life: in a five-day period, he lost his mother and father and a few months later his grandmother, Franka, with whom he had a warm relation in childhood. In a few years, he said: “This earthquake was not only ‘the end of the world’ for me, a catastrophe, but also the start of my path to God.”

Twenty-three years later, Skochylias shared his memories of his personal meeting with the Creator with the participants of the Summer Theology School in Univ:

“I felt this meeting, this encounter with Jesus Christ, immediately after the death of my parents. It shook me up. Faith cannot be brought to man. Faith is simply given, and the person accepts faith. I accepted it in very dramatic circumstances of my life. I came here, certainly, more for answers to academic questions, but in a month I came back from Univ, certainly, an entirely different person.”