On 16 February, representatives of academic, religious, cultural, and civic circles and the business world from Ukraine and Austria gathered at a charitable event to support the development of the university.

UCU today has 6 faculties, 11 bachelor’s and 19 master’s programs, and 22 institutes and centers. This is all possible thanks to the support of benefactors from all over the world.

The goal of the charitable event was to support the UCU Kyiv Center, which in the three years of its existence has become for Ukraine’s capital a place where various environments meet: the civil sector and state government, moral leaders and representatives of student organizations, and those active in culture, business, and diplomacy. 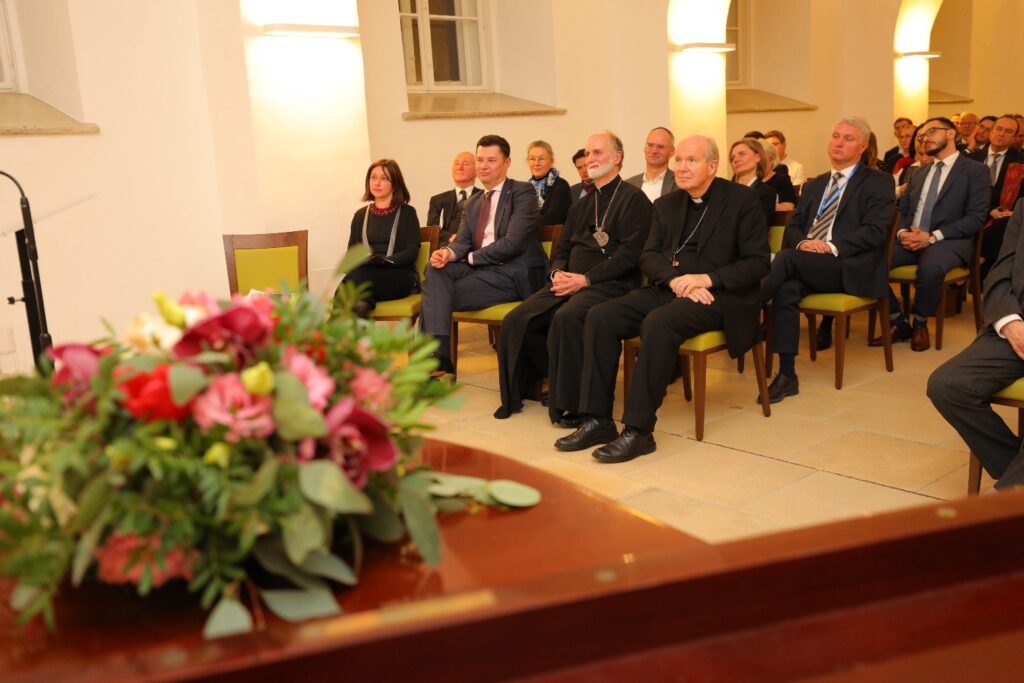 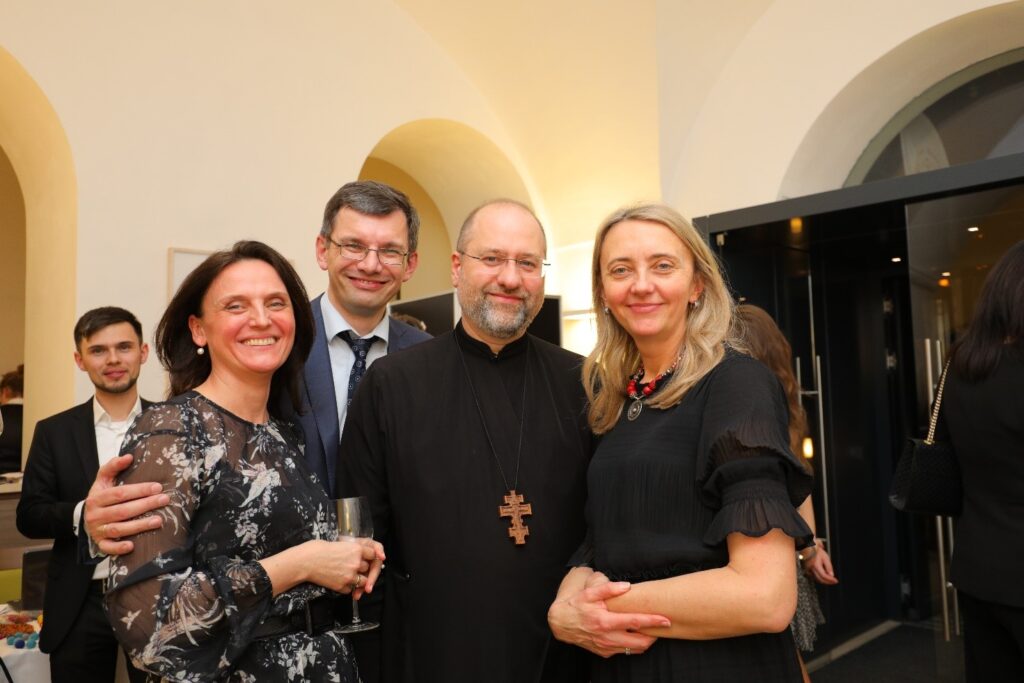 The event was held under the patronage of Cardinal Christoph Schoenborn, Archbishop of Vienna. In his speech, he recalled how he became acquainted with the institution, when UCU first began the project of the Institute of Church History on the experience of the UGCC resisting the totalitarian Soviet regime. The archbishop of Vienna visited Lviv in 2003, when the university started building the premises of the Faculty of Theology and Philosophy.

“The quick tempo of development is a real phenomenon. It demonstrates solid foundations,” stated Cardinal Schoenborn. The speaker also mentioned Metropolitan Andrey Sheptytsky and Patriarch Josyf Slipyj, who once studied in Austria and who for all their lives fostered the idea of creating in Ukraine a strong, values-oriented school of higher education, which became possible only after the fall of the Soviet Union. As the overseer of the International Theological Institute in Trumau, which at the start of its activity accepted many undergraduate and graduate students from Ukraine, the cardinal well understands how difficult it is to raise funds for the development of an educational institution which has no government financing. And so he wished God’s help for UCU and encouraged everyone to get passionately involved in its growth. 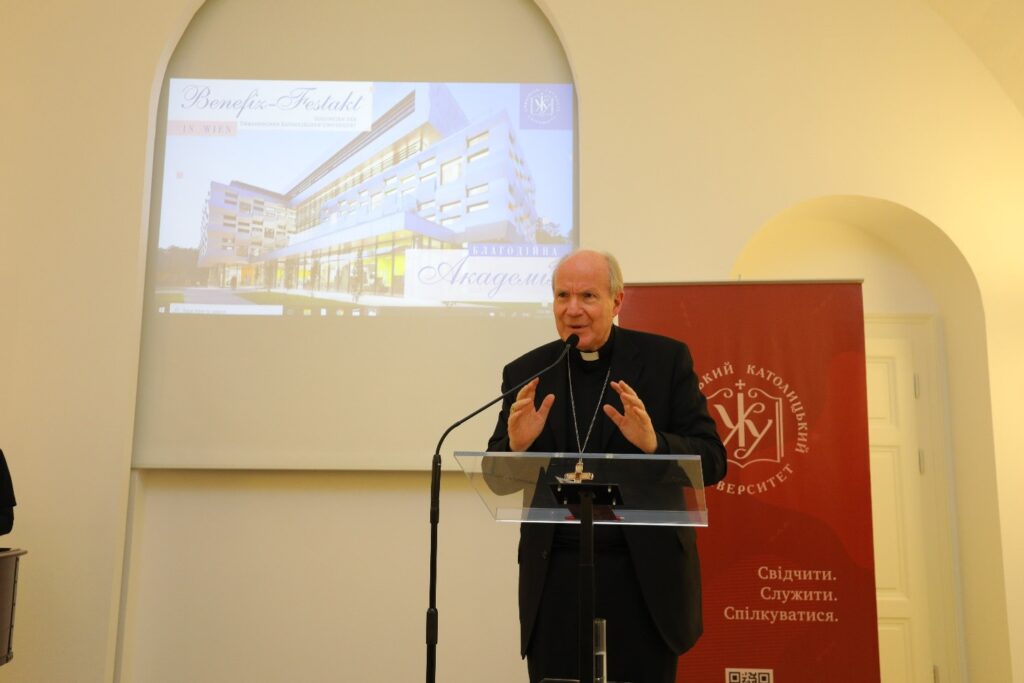 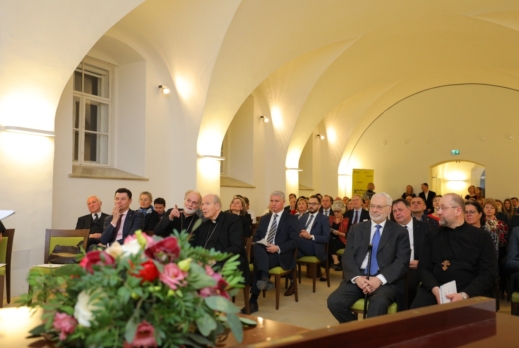 In his speech, Archbishop Borys Gudziak, President of the University, emphasized that at the basis of UCU’s identity is concern for two “m”s: the Ukrainian martyrs of the 20th century and people with special gifts marginalized by society. And the modus operandi of the university is founded on [in the original Ukrainian] three “s”s: to witness, serve, and communicate. The archbishop encouraged all to share the faith of those who gave their lives for a united Europe, which is based on Christian values. According to the archbishop, a united Europe is not only a dream but a task which we all have to fill with authentic and convincing content. 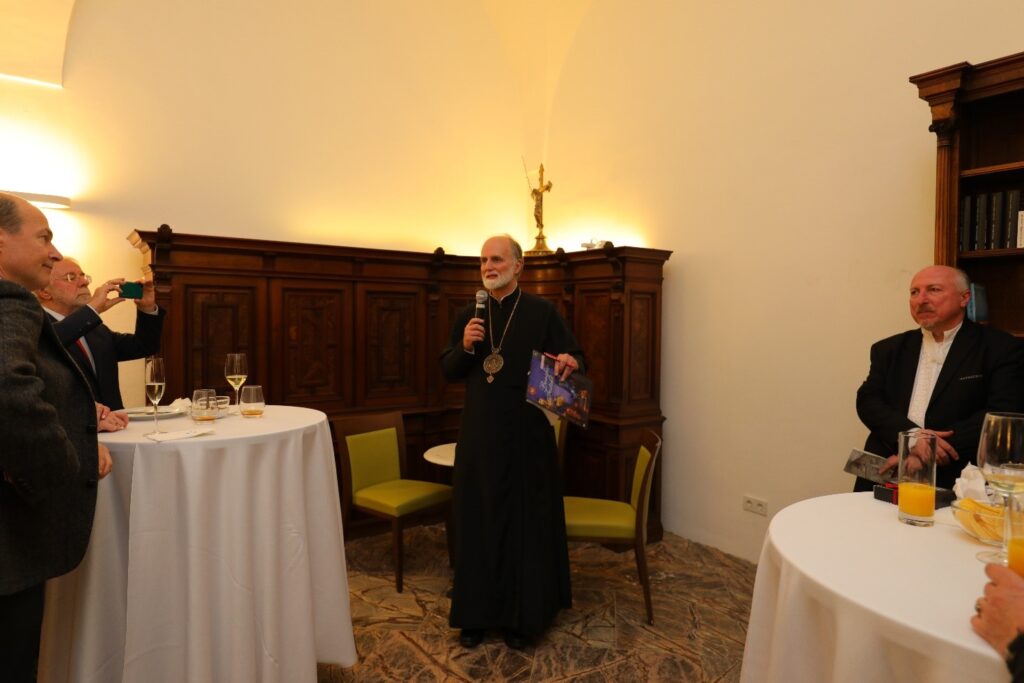 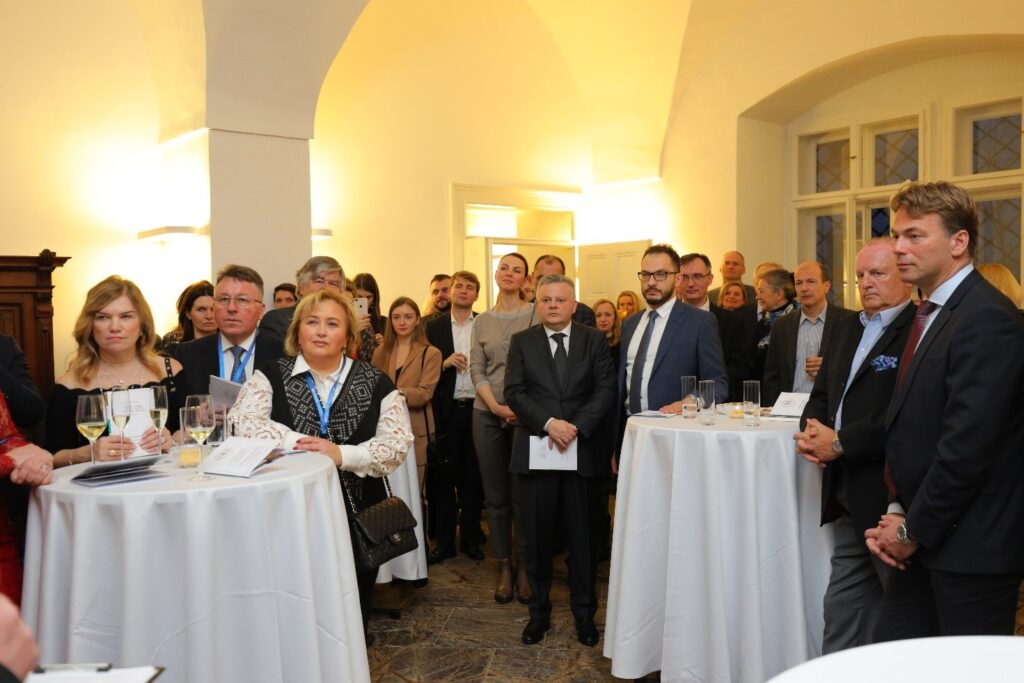 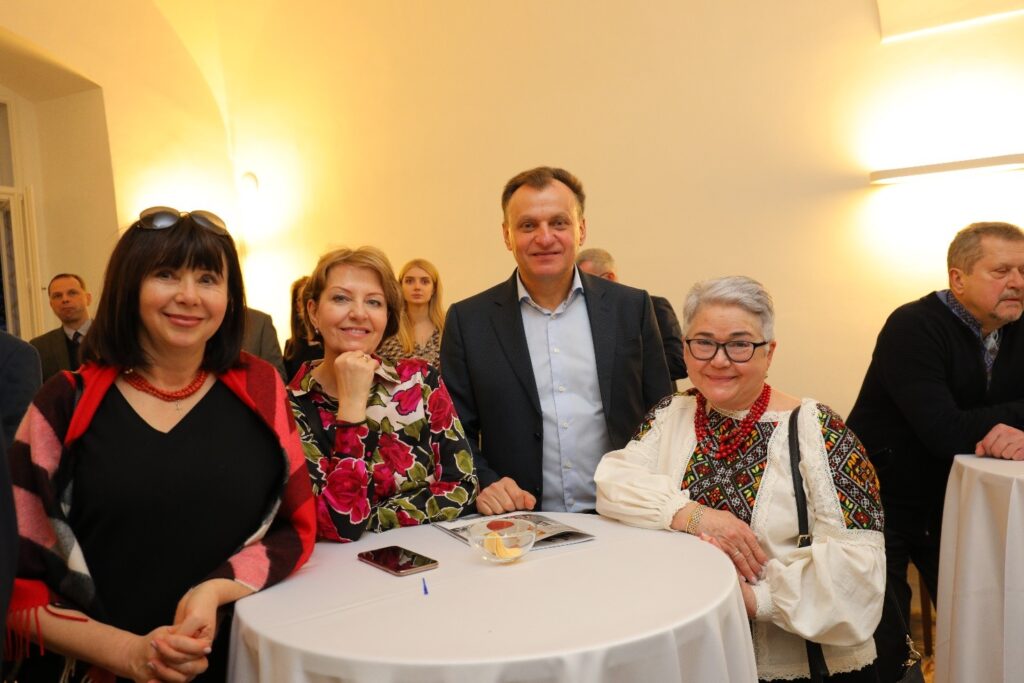 In his greeting, the Ukrainian ambassador to Austria, Dr. Oleksandr Shcherba, noted the role of UCU in the process of reform in Ukraine, and Dr. Alois Woldan, professor of the Department of Slavonic Studies of the University of Vienna, confirmed that Archbishop Borys Gudziak belongs to today’s leading Christian intellectuals. 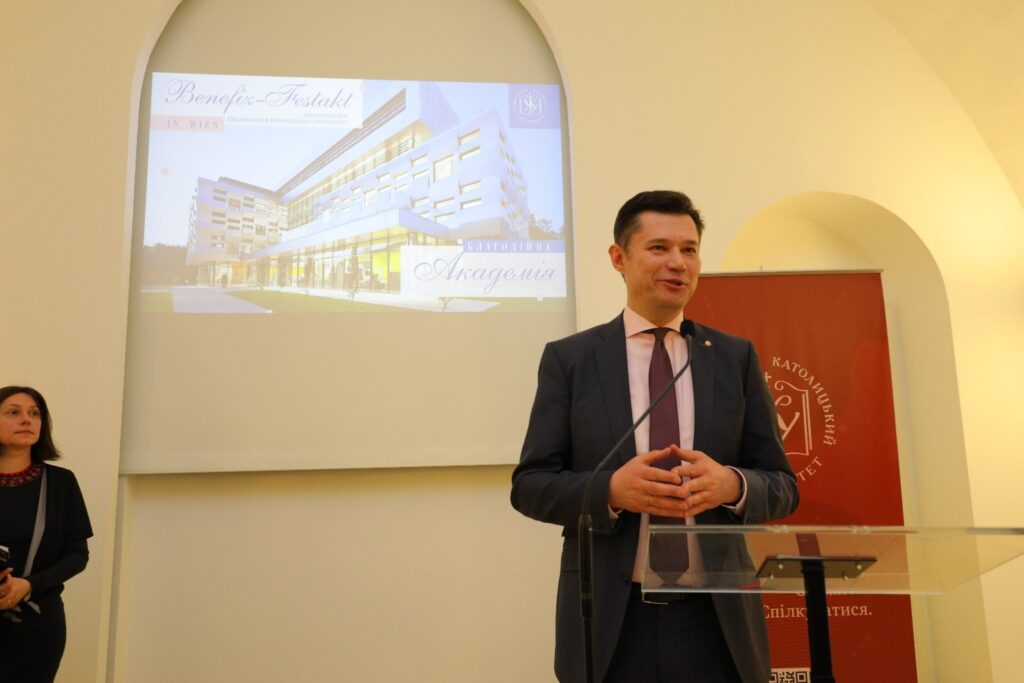 A beautiful part of the event was the performance of Zoryana Kushpler, soloist of the Vienna Opera, who enchanted her audience with Ukrainian and world classics. 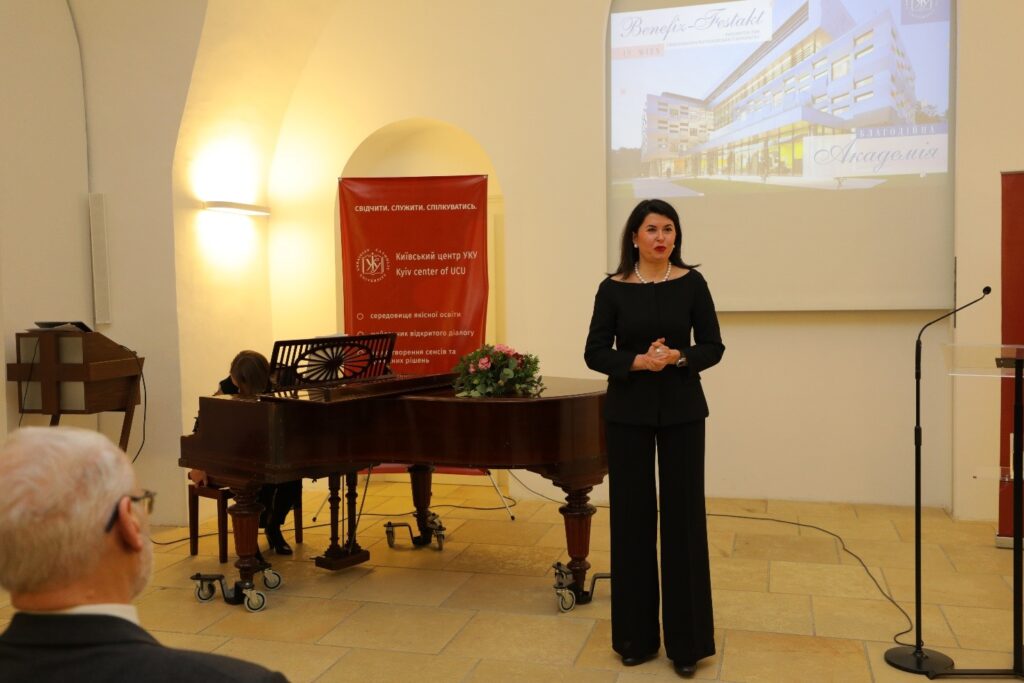 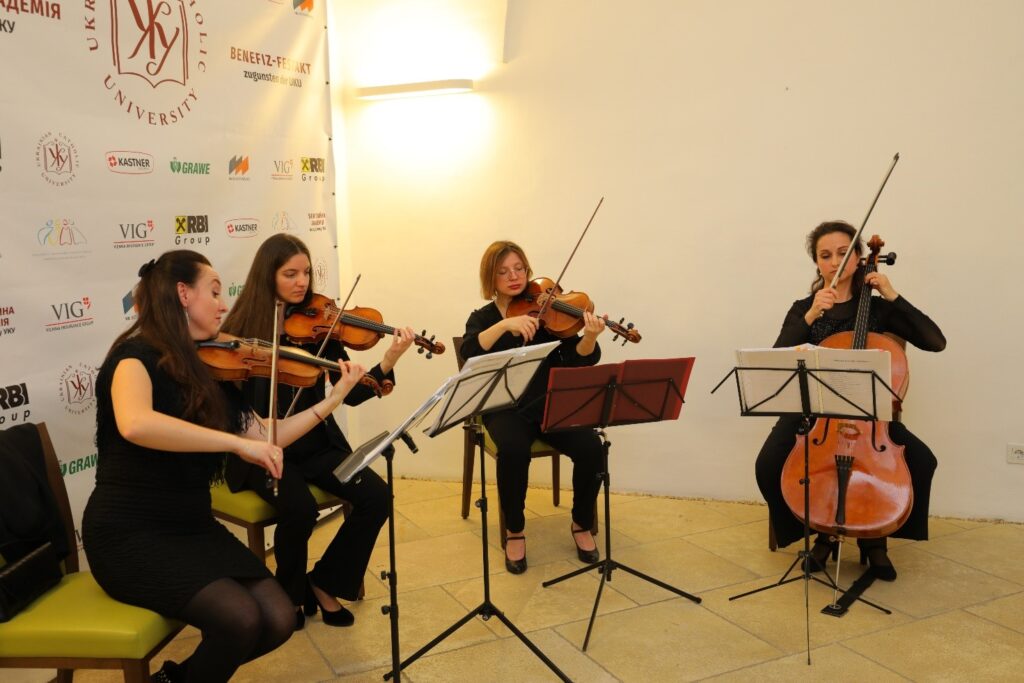 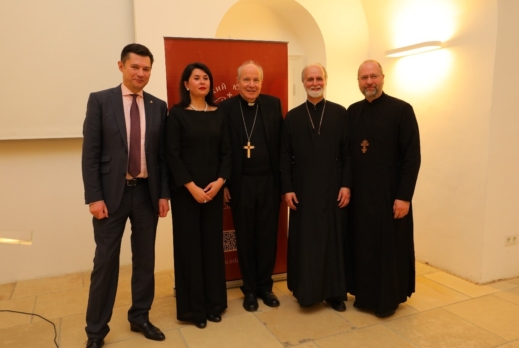 Throughout the evening, guests and sponsors of the event donated more than 30 thousand euros for the development of the UCU Kyiv Center. 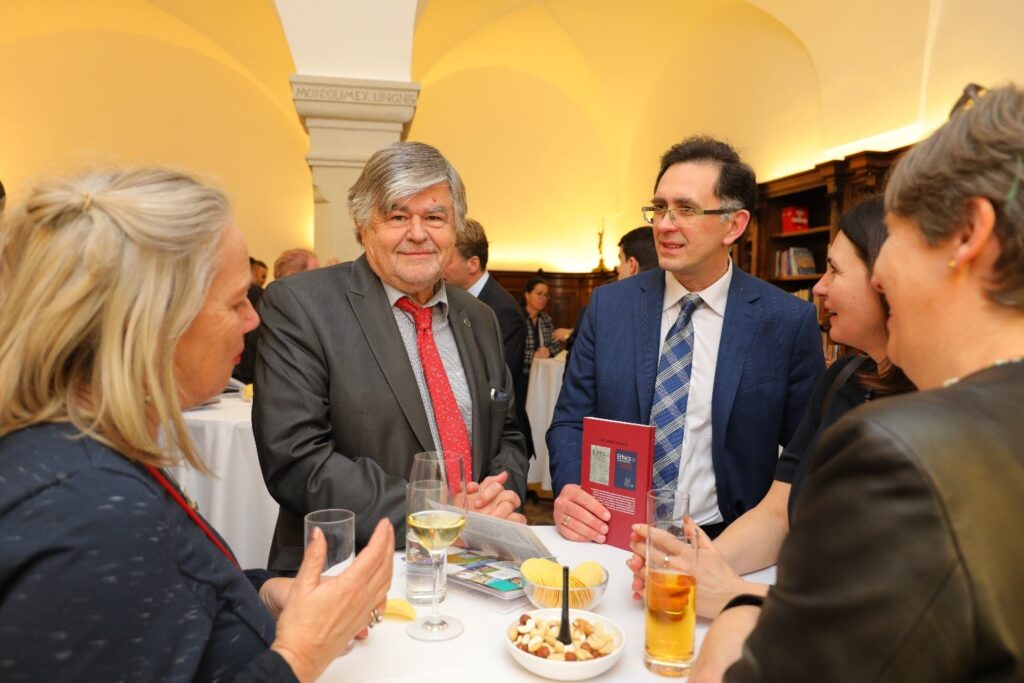 *The Ukrainian Catholic University is the only non-profit, non-government university in Ukraine that receives no government financing. In order to provide for a full-fledged educational process at European standards, the university asks various foundations and private benefactors for aid and stands as an example for change in society.