On 9 September during the celebration of UCU Days, Michael Yarymovych, an inventor in the field of space flight research in the USA, received an honorary doctorate. Yarymovych is an active member of the Shevchenko Scientific Society and Honored Member of the Association of Ukrainian Engineers in America. 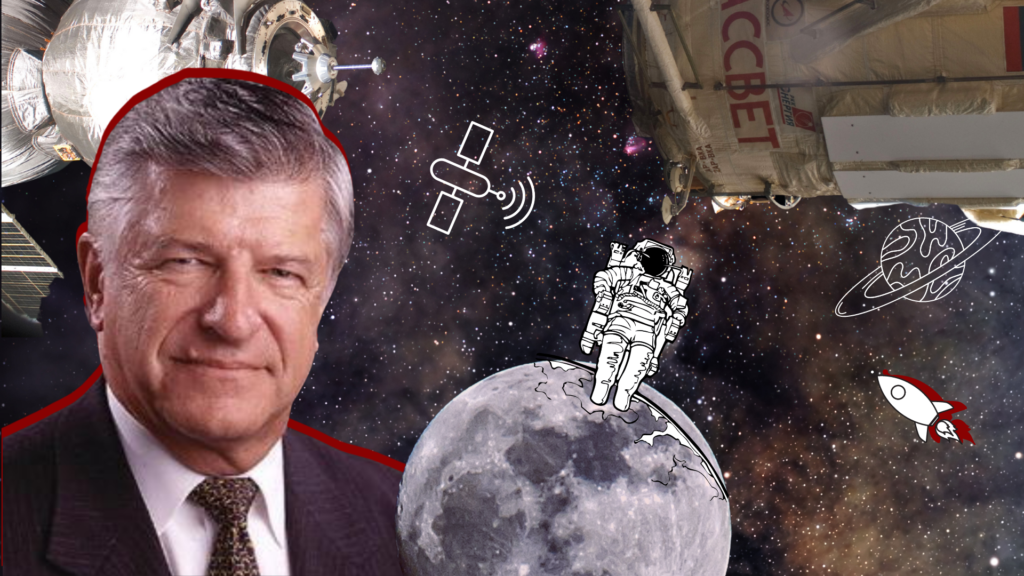 He is the Ukrainian inventor who helped Armstrong walk on the surface of the moon. The award ceremony was conducted online.

In 1959, he began his career as an engineer in the field of space technology. In three years, he joined the National Aeronautics and Space Administration for space travel research. At that time, the Apollo program began, the goal of which was the first manned landing on the moon. Yarymovych was one of the project’s main system technicians.

Michael Yarymovych is an inventor in the field of space flight research in the USA, an active member of the Shevchenko Scientific Society and Honored Member of the Association of Ukrainian Engineers in America. He began his activities in the space field with testing rocket heads and spacecraft control for AVCO; later at NASA he was involved with designing the first control systems for the Apollo project. 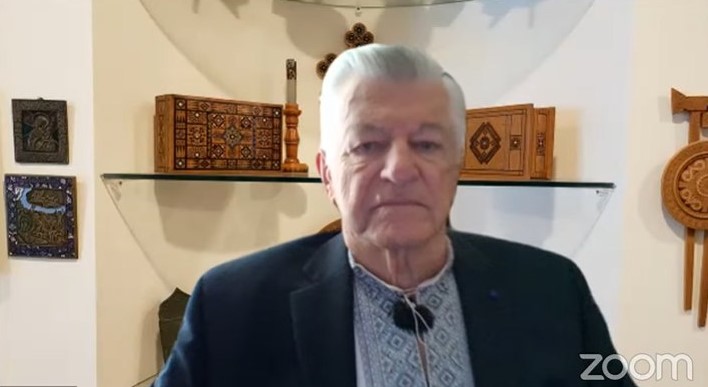 Eventually, he began to work for the US Department of Defense, where he took part in developing new space projects, the Space Shuttle and GPS. In the 1970s, he held the post of Director of the Group of Aerospace Researchers and Development at NATO in Paris. He eventually became head researcher for the US Air Force in Washington. In 1977, he became Vice President and Associate Center Director of the Systems Development Center at Rockwell International. He concluded his technical career in 1998 at Boeing as Vice President of International Technology.

Noting the inventor’s significant contribution in the space field, UCU Rector Fr. Bohdan Prach in the name of the community awarded him the title of Honorary Doctor of the Ukrainian Catholic University.

“The Ukrainian Catholic University honors all people who in a special way with honor and dignity fight for values and carry new ideas and visions to unite society. We look to such people as examples of service for our students. Among honorary doctors, we today have the great honor to add the name of Michael Yarymovych. For me, it is especially important that people are added to this list in whom our community, all Ukraine, and the whole academic world can take pride,” stated Fr. Bohdan Prach.

Michael Yarymovych is also the author of numerous works in aerodynamics and space technology and their practical use. For productive scholarly and organizational activities, his research was many times honored by American government institutions, international organizations, and institutions in the aerospace field. In 1973, he received top honors for his personal work in the civil service in the US Air Force. 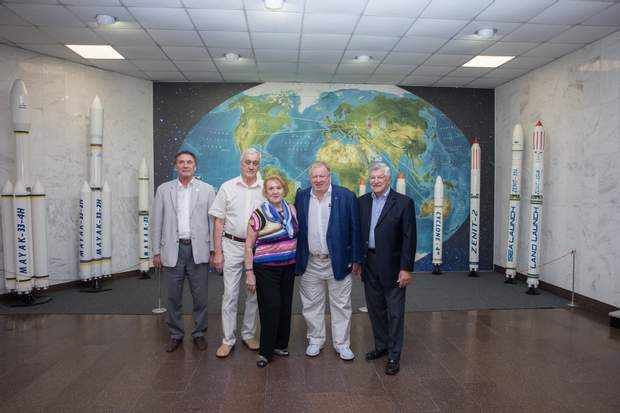 Dean of the UCU Applied Sciences Faculty Yaroslav Prytula spoke of the inventor’s numerous achievements. He noted that, gathering information on Michael Yarymovych, he continued to be surprised at his energy, tenacity, and love of learning and technology.

“How much a person can do who sets for himself high, in this case one can truly say cosmic goals, realizing them step by step. I am convinced that Doctor Michael Yarymovych will become an example for our students of how to combine knowledge and the power of technology with love of one’s homeland and faith in God, of how to create changes on a worldwide scale. I want to sincerely thank Doctor Yarymovych on behalf of all humanity for his example of service, the fruits of which we daily enjoy! And even more I want to rejoice for our community of the Ukrainian Catholic University, a part of which, in the capacity of honorary doctor, Michael Yarymovych is now,” said Yaroslav Prytula.

Honorary Doctor of UCU Michael Yarymovych added: “With great humility and gratitude I accept this honorary doctorate. Never in my life did I dream of being before you and speaking of my life and career.”

He then told those present about his life as an immigrant, emphasizing that the whole time he lived with Ukraine in his heart. His parents gave him this love. In the words of Michael Yarymovych, his father took part in liberation efforts, serving as an officer of the Ukrainian Galician Army. As a youth, his father was wounded a number of times but continued to fight the aggressors: “When the White Guard took Kyiv and the Ukrainian soldiers had to surrender, my father was the last. He took up the Ukrainian flag, locked the gate, and placed in his pocket the key to the doors of the Kyiv city duma [structure of local government in Kyiv from 1834 to 1919 – editor]. We continue to carry this key as a symbol of Ukrainian independence.”

Recalling his participation in the Apollo Project, NASA’s manned space flights with the goal of a man walking on the moon, Michael Yarymovych added that then he was then one of the youngest engineers who laid the foundations of this program. He was at that time 28 years old.

“We worked day and night, sleeping only a few hours, and our friends watched the children. We needed to land on the moon by the end of the decade, sooner than the Soviet Union. Finally, our team achieved successes, and the Soviet space program fell apart. I had the good fortune to work tirelessly to help free the western world from the threats and pressures of the Soviet Union, dedicating myself to the field of aeronautics. With my example, you have the opportunity to see how the fate of a Ukrainian immigrant can turn out, if he is given the freedom to develop in free and democratic America,” said the researcher.

The ceremony concluded with a lecture in which Yarymovych spoke of his vision of the evolution of man. He named five stages in this path: fear, greed, charity, curiosity, faith.

A recording of the ceremony is available HERE:

Other honorary doctors of the Ukrainian Catholic University:

George Weigel, philosopher, biographer of John Paul II, author of the noted books “Witness to Hope” and “The End and the Beginning,” which detail the late pope’s life

Volodymyr Fylypovych, historian of Przemysl, many years an UCU staffer