The Ukrainian Catholic University in cooperation with the Volunteering and Defense Center provides support for civilians and soldiers in zones of military action, and also to refugees in the shelters of Lviv. 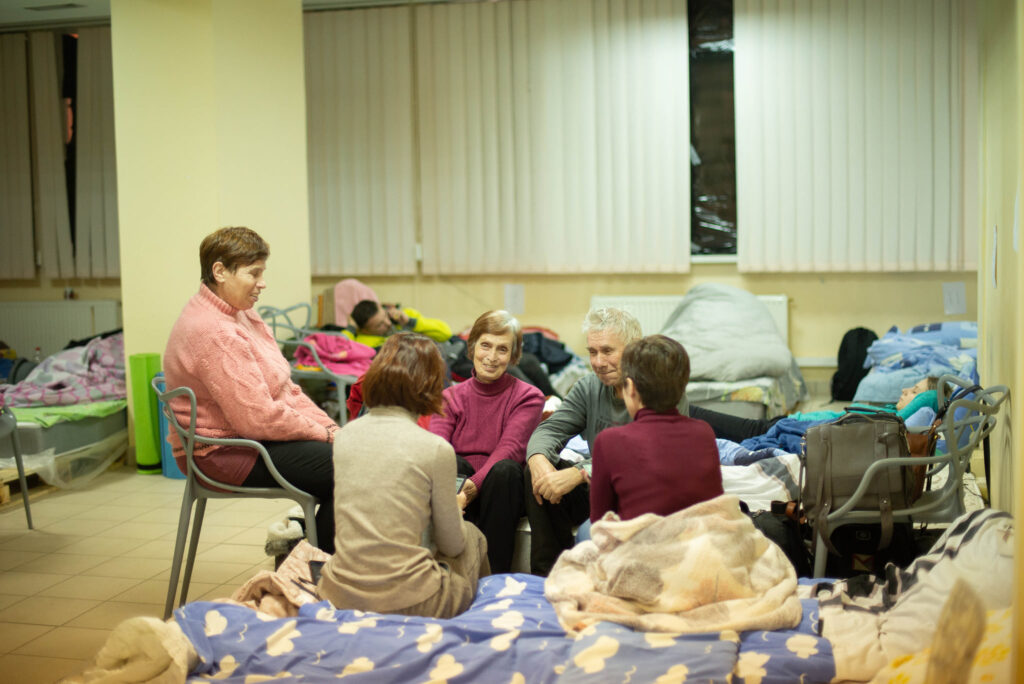 Since the start of the war, with the support of UCU the Volunteering and Defense Center has served three shelters for refugees in Lviv, where people have temporarily stopped to rest and plan their future path. They are here provided with basic services and necessities: medical help (psychologists, medical staff, pediatricians), clothing, bedding, household items, meals three times a day (approximately 800 portions daily), and produce and canned food that they can later prepare on their own. In only the first two months of the war, through the combined efforts of UCU and the center some 2 000 refugees have been helped. 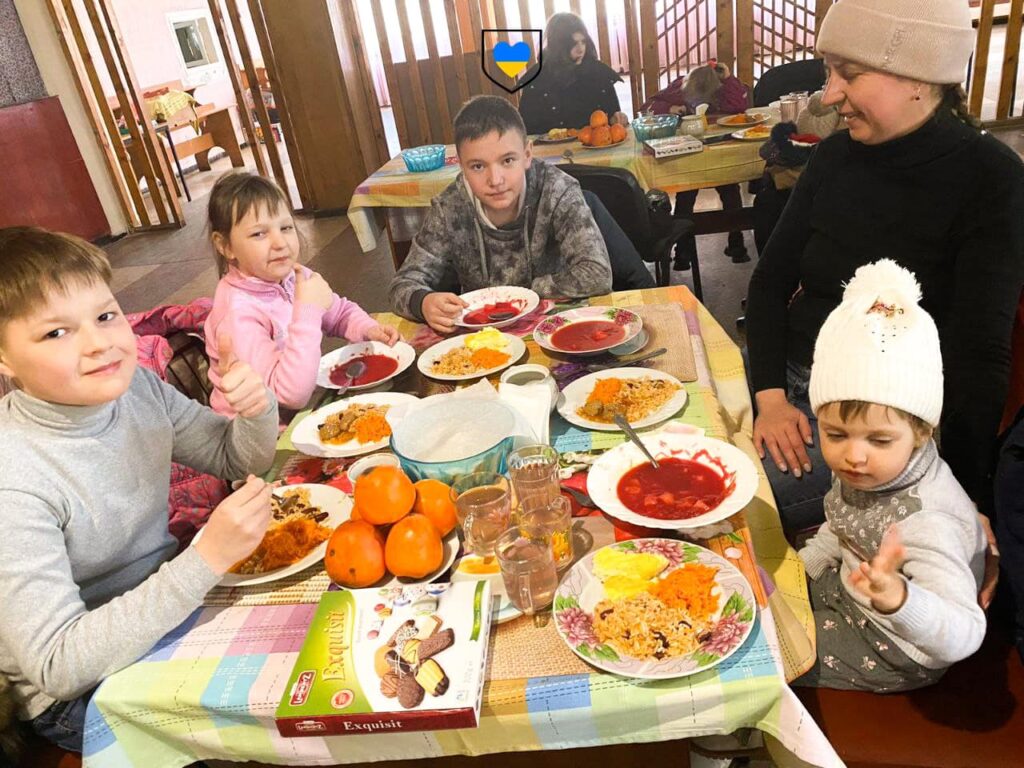 Natalya Krivulya, a refugee from Lysychansk, told how, at the start of Russia’s full-scale war against Ukraine the situation in her city could be described in one word, “hell.” “They are bombing Lysychansk with airplanes. They are shooting with mortars. They say little about my city in the news, but it has no food or medicine. Some volunteers have managed to get to the city, but it’s very difficult. We have no bomb shelters at all, only the basements of buildings where you can hide together with other people.”

Because of conditions in which it was simply not possible to live, Natalya and her daughter were forced to flee the city. The road to a place of rescue was difficult, because the family had no money or food. Only with three transfers did they finally reach Lviv. For three days they were in various shelters until they ended up under the care of the Volunteering and Defense Center, where they were provided with all necessities. “Finally, things are good with us. Every day I pray to God on behalf of the good people around us who help, and also so that the war will end as soon as possible.”

Among the refugees are also those whose life has had shooting in the background for eight years. Lidiya Demina from Maryinka said that in these years the locals even began to get used to the shooting. But it all changed on 24 February, when the enemy’s offensive actions forced people to leave their homes. “There was so much shooting that it seemed to me it was from four tanks at one time. Earlier, it was quieter by us at night; they only shot in the daytime. But here, at six in the morning, I jumped up and started in a hurry to put on whatever clothes were close. Really, I was always ready with a bag with documents. I didn’t even reach the cellar before the house began to shake: everything was falling apart, slate was flying. The shooting lasted five hours without a break.” 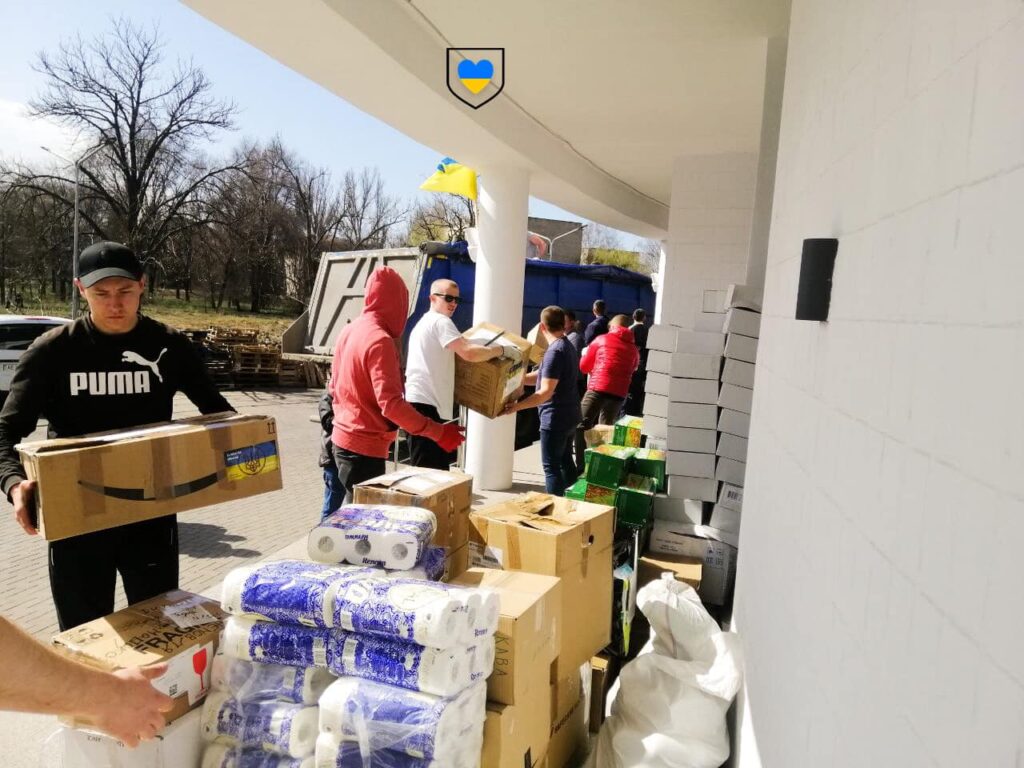 All of Lidiya’s neighbors who had automobiles had long ago left the village. Then she understood that she needed to do something, especially because she lived alone and the shooting was continuing. Soon after, problems started with electricity and water supplies. “I took my bag and said: ‘Lord, how can I get out of here? There’s no one nearby…’ I just left the house, hadn’t reached the gate, when I saw a red car driving. Then I started shouting: ‘Take me!’ In answer I heard: ‘Hurry up!’ I couldn’t even lock the door or turn off the refrigerator…”

First she planned to drive to an acquaintance in a neighboring village, where she spent two days. Later an evacuation began and, with the things she managed to take with her, she simply got on a bus heading to Kramatorsk. “I was going nowhere,” said Lidiya Demina. “Wherever people were going. I thought they would stop somewhere, not throw me out on the street. So I made it to Lviv.” Later she telephoned the pastor of a local church who was helping with temporary lodging. She stayed with his acquaintances for four days; eventually they took her to a shelter. Lidiya had unspeakable gratitude for a roof over her head and all necessities. After everything she lived through, instead of expressive words, her only response was tears… 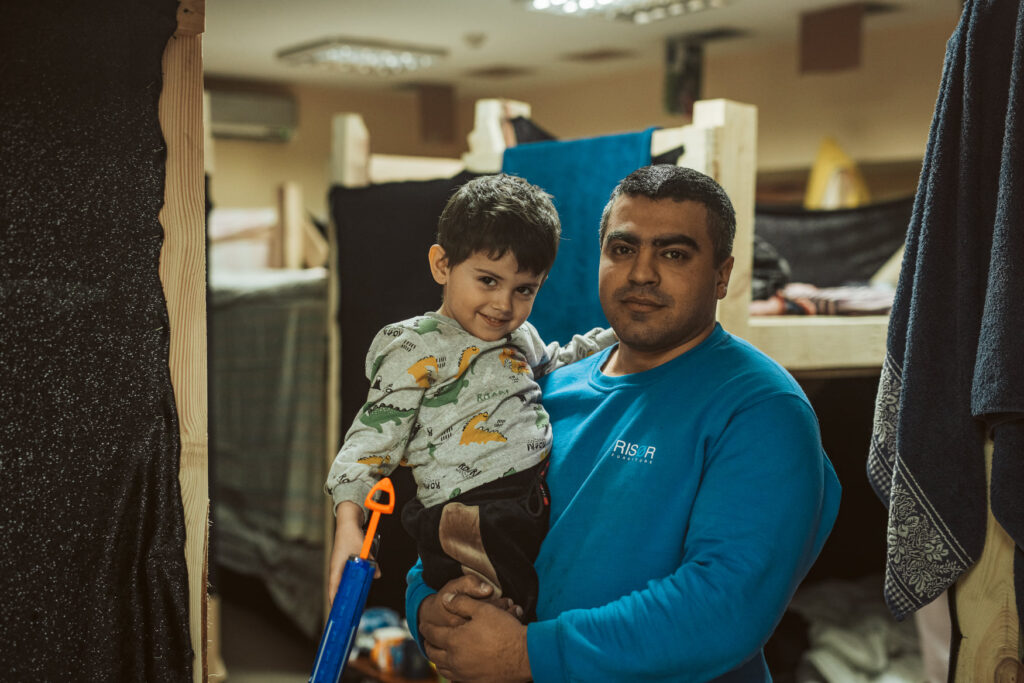 Yuliya Sakharova, from Kyiv, also managed to travel to Lviv, with two children. Her husband stayed to fight. “With the start of the war, we hid in an underground parking garage, but we didn’t last long there, it was cold and damp inside. So we moved to our cottage, which was a little miscalculation, because it was near the military airfield in Vasylkov. It became terrible there. Every night several planes were shot down overhead, and it all fell on neighboring land parcels. We decided to move to Lviv, where friends lived. But it was tight when a big family lived with guests under one roof. So when they invited us to live in a shelter, we gladly agreed,” explained Yuliya. 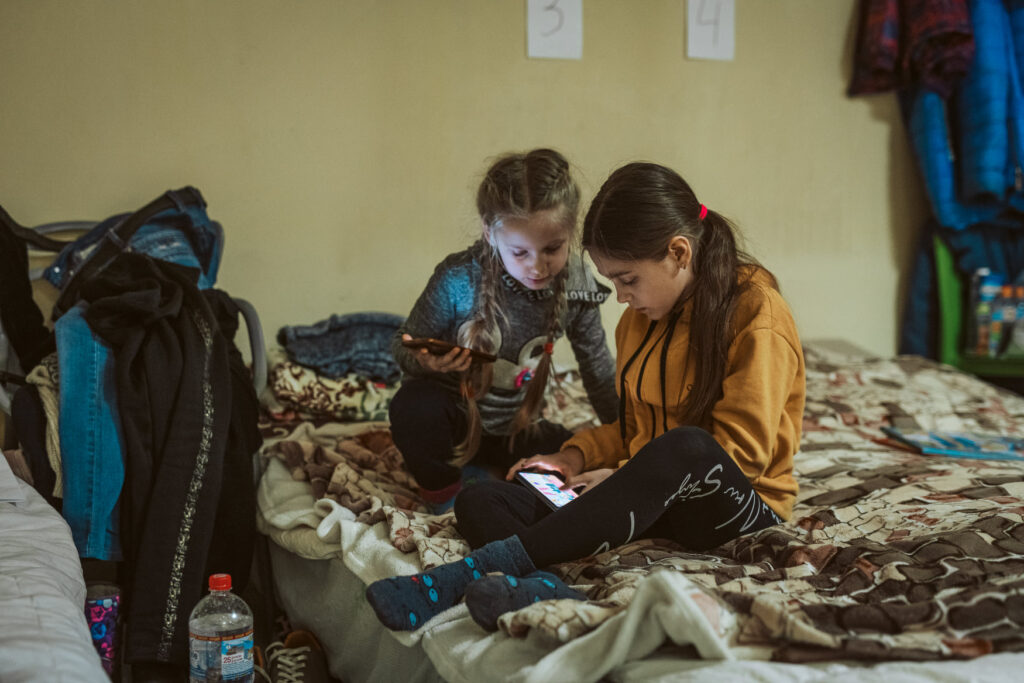 She not only lives in the shelter, but she tries to be helpful: from the first day she has worked in the kitchen. She said that she is glad that in some way she can help somehow, to express her gratitude for the wonderful conditions which are available here.