Ukrainian women soldiers who defend Ukraine on the frontlines took part in a photo session called “Women on the Front.” The session was organized by French fashion magazine ELLE.

“Right now 42 thousand women are serving in Ukraine’s army. Thousands of them are in command positions, competently managing difficult physical work and emotional stress. On a level with men, they fight on all fronts, and the number of women who want to defend Ukraine is growing. The patriotic spirit of Ukraine’s women cannot be broken,” state the editors of ELLE.

During the war, women have taken incredible responsibilities on themselves: for their families and children, leaving the country, or helping in the background; many others are on the front, taking up arms and going to the hottest points of military action to defend their families and homeland. 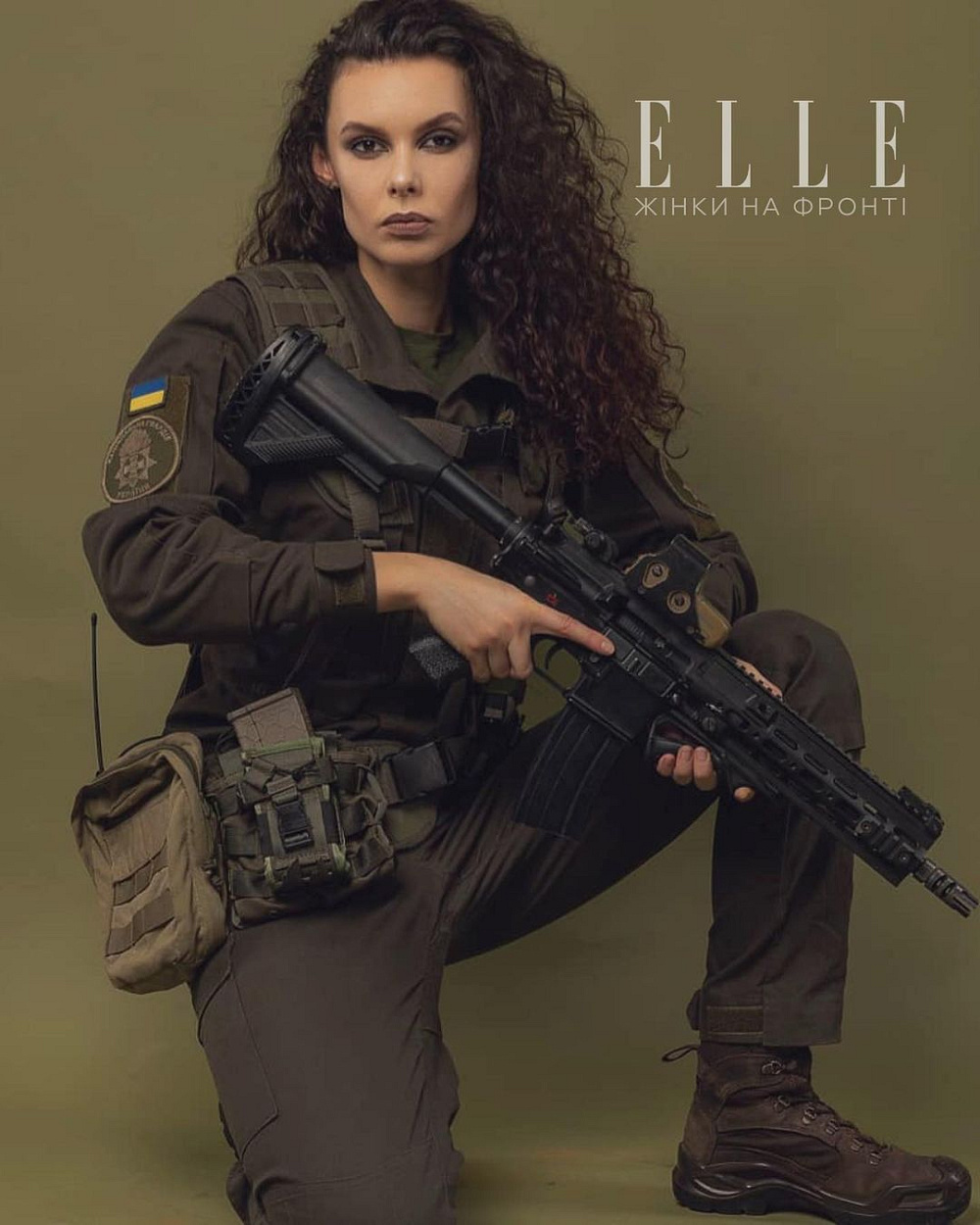 Among the heroines is Alina Mykhaylova, soldier, paramedic, and a student in the Master’s Program of UCU’s School of Management. She’s 28. A few years ago, she returned from the front. Elected by mandate to the Kyiv City Council, she continued to hold a front, though this one was political and cultural. But Russia suddenly started a full-scale war, and Alina again returned to her unit. “I had no other choice,” she explained.

Asked “What keeps you from losing heart and breaking down now?” Alina responds: “My fellow soldiers. The dead and the living. Hatred of Russians. Maybe that’s not the best emotion, but it is strong and rooted. It’s given me strength for all eight years of the war, and now even more so. When it’s difficult and I want to give it all up, I always think that I’m now in this war for all my slain comrades and friends. I don’t have the right to give up.

Alina added: “After victory, I hope that at least 80% of people understand who they are, that they identify as Ukrainians, that they stop talking Russian. I say this as a person who spoke Russian for 18 years. I grew up Russian-speaking in Dnipro, attended a Russian-language school. So I can say that that’s realistic. Language is important, because it, in particular, is my weapon.”

Thanks to Ukraine’s Armed Forces!