Оn 15 May, the University of Notre Dame (USA) held its 177th commencement ceremonies. Ukraine, in the person of Metropolitan Archbishop Borys Gudziak of the UGCC Philadelphia Archeparchy, founder and President of the Ukrainian Catholic University, had the opportunity to address more than 3 000 graduates, parents, friends, and guests of the university this year. 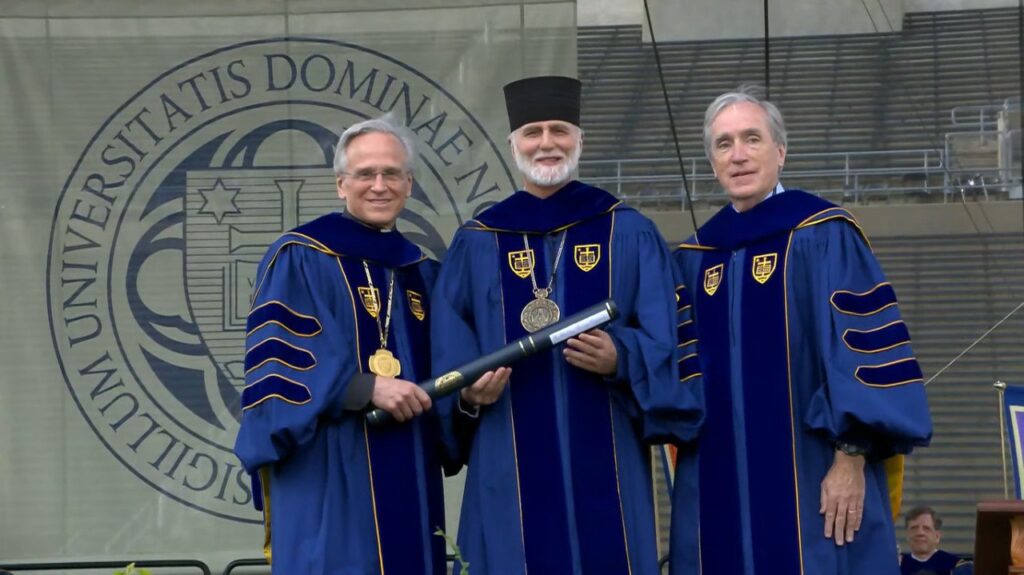 Barack Obama, George Bush, and Cardinal Timothy Dolan are among those on the list of honored figures who spoke at the 80 000-person stadium of one of the world’s best universities, the University of Notre Dame in the USA, great and honorable. And this year a representative of the Ukrainian Catholic University addressed the crowd. Notre Dame graduates entered the stadium with blue and yellow flags as a sign of solidarity with Ukraine and the Ukrainian people.

Archbishop Borys Gudziak received an honorary doctorate from the University of Notre Dame and was the event’s main speaker, addressing graduates and guests. 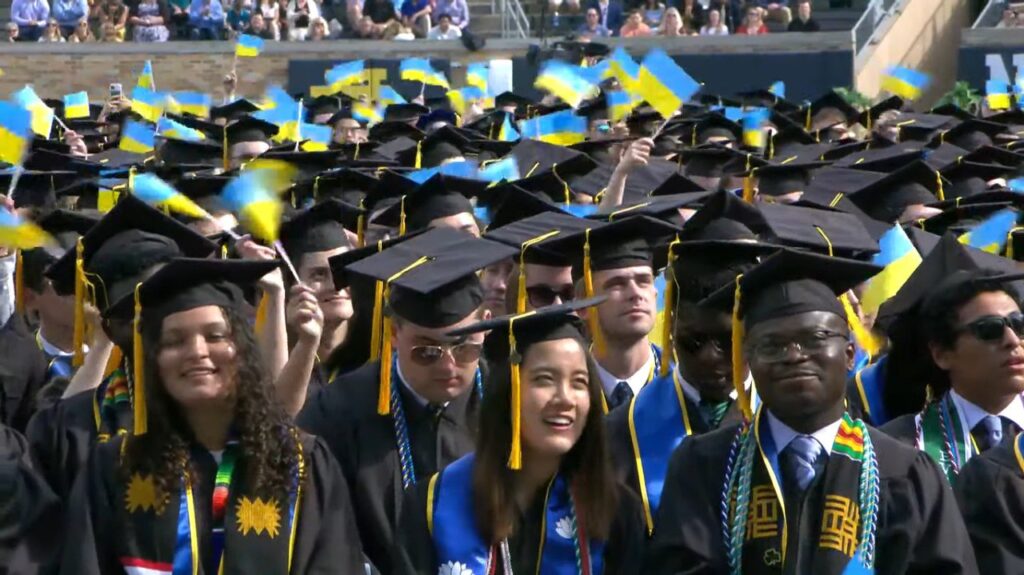 “We have previously honored Archbishop Gudziak for his work as leader of the Ukrainian Catholic University as a center for cultural thought, for his Christian witness and for the formation of a Ukrainian society based on human dignity,” Notre Dame President Rev. John Jenkins said. “We now further recognize him as he speaks forcefully and eloquently in support of the Ukrainian people and in opposition to the Russian invasion of his ancestral homeland.”

Addressing the graduates of the University of Notre Dame, Archbishop Borys spoke about Ukraine: “Ukrainians have made the Bible come alive for the world — David withstands Goliath, the way of the cross has stations in Bucha and Borodianka, Mariupol and Sumy, Jesus suffers with his people. We had a Lent and Holy Week like no other. We pray that the Cross will again lead to the Resurrection, to the victory of life over death.”

During his speech at the university of the Most Holy Mother of God, Metropolitan Borys Gudziak recalled Ukraine’s “city of Mary,” Mariupol: “Besieged by the Russian invaders, destroyed, and plundered. Driven into the catacombs of a steel plant, its defenders… stayed to protect the city of Mary… [They are] symbols of unyielding courage, steely will, and yes, deep love.”

“Many are like you. Your age, with similar hopes and dreams.” So Archbishop Gudziak addressed the Notre Dame graduates. “In these very hours these heroes stand on death row… From the viscera and netherworld of Azovstal, those warriors, including students, recent graduates, and university professors, teach us the most important lesson — how to live fully, remain human, children of God, even in impossible circumstances. How to give of ourselves, how to sacrifice. At a time of great relativism, they teach us an eternal lesson. Some things are simply right and just, and some are manifestly wrong, downright evil.  There are things worth living for, there are those worth dying for… 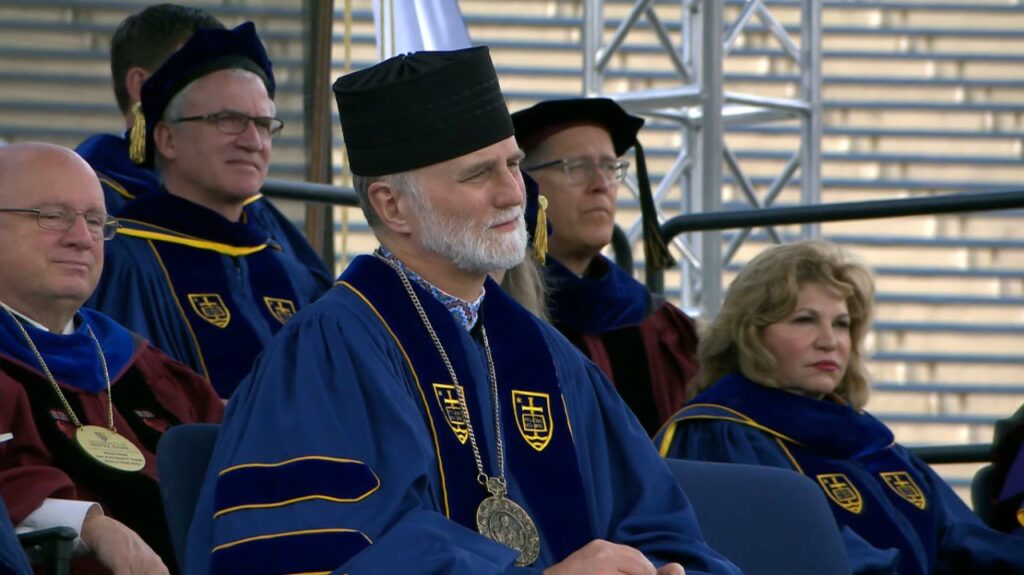 “Yet right there, they are pronouncing marriage vows to each other, as did Valeria and Andriy Karpylenko, on May 5, ten days ago, three days before he was killed. You can imagine how their hearts raced. But they do not surrender. They exchanged marriage bands made of tin foil. As a killer army closes in, God helps the defenders overcome fear… Since fearlessness is the onset of eternity, this is their commencement.”

The archbishop thanked the community of the University of Notre Dame for its support of Ukrainians in these difficult times.

“My presence reflects your heartfelt solidarity. It is a sign of your capacity to love generously, to embrace, serve, and save the suffering, to bless the cursed and lift up the downtrodden and trampled… May the Lord reward you hundredfold! The calling of the community of Our Lady’s university is indeed a high one… feel the pulse of the people on all continents, of immigrants at our southern border and refugees throughout the world, of those in our towns and cities who do not have equal opportunities… feel the pulse of the unborn, the disabled, the sick and the aged… feel their pulse and follow its call,” said Archbishop Gudziak.