A graduate of the Ethics-Politics-Economics Program of the Ukrainian Catholic University, Nataliya-Helena Dunay, finished her studies at the Military Department of Psychology of the Hetman Petro Sahaidachnyi National Army Academy. She successfully combined study at the university and at the Military Department of the Academy. How did the young lady make this choice? Is it possible to study well in parallel at two institutions? And Nataliya-Helena Dunay gives some advice for those entering the army. Read further. 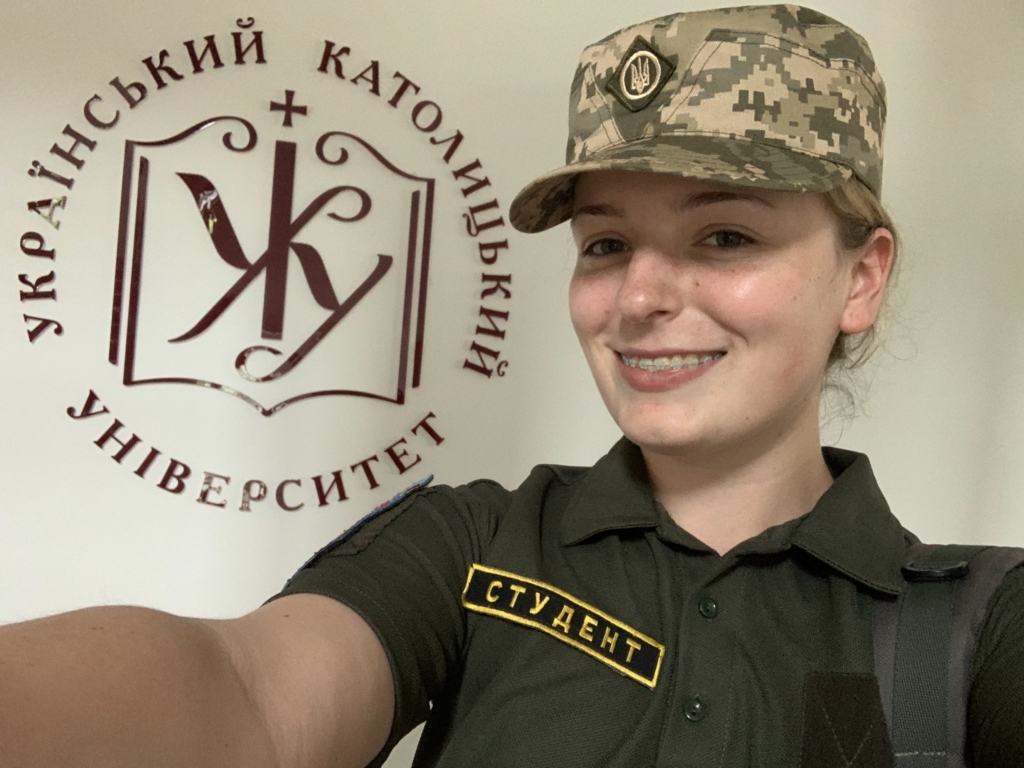 —Why did you decide to study at the Military Department of Psychology of the Army Academy?

—I felt a need to have a basic military specialty, in addition to higher education in political studies at UCU. Since the start of the war, I’ve been involved in various volunteer initiatives: I weaved camouflage nets, collected money for the army’s needs, and also volunteered at a rehabilitation center for participants of the ATO, and initiated various events in support of soldiers (fairs, meetings). In particular, I organized bake sales and a collection of Halychyna honey from my family recipe for soldiers before Christmas. The honey has become an annual tradition since 2019, since the time I was first on the front with the UCU student organization Ukraine United.

One moment during a volunteer activity, I realized that I have to study to understand the psychology of soldiers because of the conditions Ukraine is in now, that I want to be of use and support our defenders. I realized that I have to be oriented to the area of defense and know how I can help the army, in addition to volunteer activities. That’s why I chose the Military Department of Psychology at the National Army Academy.

—How was it to combine studies at the Ukrainian Catholic University and the Military Department? Were professors understanding?

—Sometimes it was difficult, because throughout the year I had one “military” day designated each week, when I had to be studying at the Academy. And so on that one day every week I missed classes at UCU. In general, the professors were understanding and created conditions to successfully study the subject at the time when I was absent. This helped me balance and to master all the disciplines, both at UCU and at the Academy.

—What did you gain from study at the Academy: what qualities developed and what plans do you have for the future, after receiving your diploma?

—Two years ago I was intensely preparing to enter the Military Department, to successfully meet all the requirements in physical and theoretical preparation. I was preparing to carry out all the educational assignments at the Academy. Above all, this encouraged the development of persistence in achieving set goals. This related to preparation for entrance and also instruction throughout the year and carrying out practical exercises at the polygon. 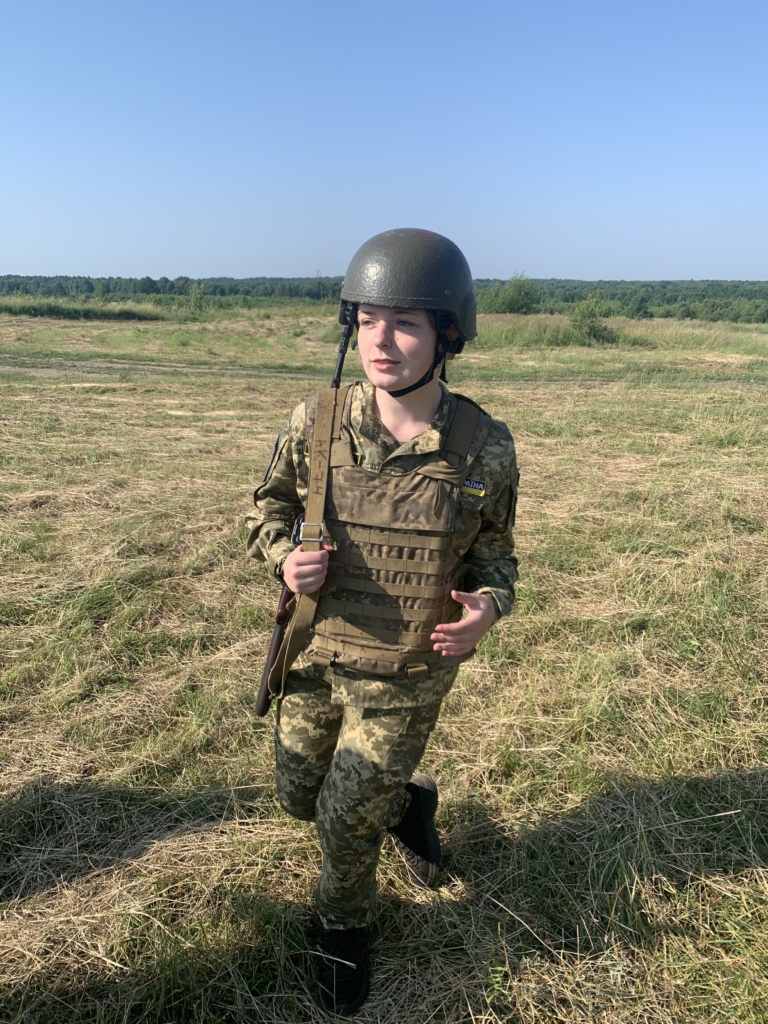 I’m glad that at that time I decided to study at the Military Department in parallel with UCU, because this encouraged the widening of my worldview. It was interesting to consider two different discourses of the two educational institutions and form my own position. I also consider this instruction helpful because it was different from that at Catholic University.

Now it’s difficult for me to precisely state my plans for the future. I graduated from UCU and I’m a step away from swearing the military oath at the Academy. I still don’t have the feeling that I finished one stage in my life and began a new one. I know, however, that, whatever happens, I will always try to be of use to the Ukrainian army, and time and circumstances will determine the format of help and participation.

— What would you advise students considering going into the military?

—Are you ready to devote time to the Military Department and make efforts to pass military preparation? Second, you need to think well if you are ready somehow to further use in life the experience gained. Third, if you have time and motivation, you should use possibilities to gain new experience and knowledge at the Military Department, interacting with new people to see various approaches to life and to better orient yourself to various activities of our government.