Ukrainian historian and publicist Professor Yaroslav Hrytsak of the Ukrainian Catholic University recently celebrated his 60th birthday. He himself expressed his wish for birthday presents: charitable donations for the Doctoral Scholarship Endowment in Memory of the Heroes of the Heavenly Hundred and UCU Teacher Bohdan Solchanyk. Thanks to the contributions of guests who came for the celebration, $ 4,500 was collected.

We invite you to join in honoring Prof. Hrytsak on the occasion of his birthday with a donation. 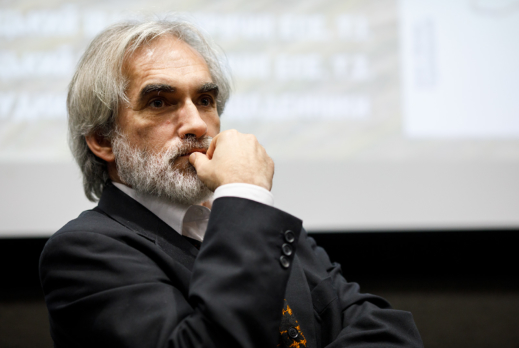 Before the informal part of the celebration (caroling and conversation), the formal part was held – a presentation of three volumes of the diaries and essays of historian Ivan Lysiak-Rudnytskyi, compiled by Yaroslav Hrytsak. UCU Senior Vice-Rector Taras Dobko moderated the event: “This is Yaroslav Hrytsak’s favorite scholar, and the publication of a collection of his diaries and two volumes of historical essays was one of his most important academic projects. The general background of today’s event is a celebration, the theme of which is dear to the intellectual creativity of [Prof. Hrytsak]: ‘God, Christmas, and The Beatles,’ an article on Christmas, and the program ‘Christmas with Hrytsak’ on Radio 412. It’s important to say that the God of the historian Hrytsak has entered into history, become a part of it, and remained the God of history, and not only of philosophical conclusions or abstractions.” 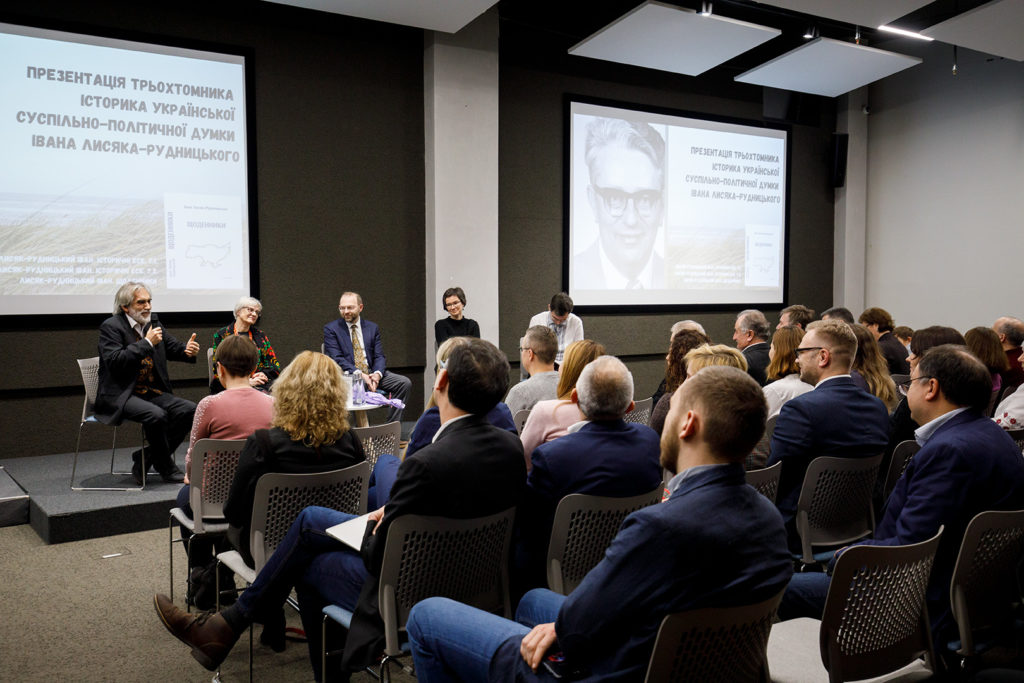 Prof. Hrytsak’s colleagues were present at the presentation: Yaroslav Hlystiuk, compiler and author of commentaries for the book; editor Oksana Dmyterko, who transcribed the texts; and Daria Syroid, the project’s literary editor and associate professor at UCU’s Philology Department. 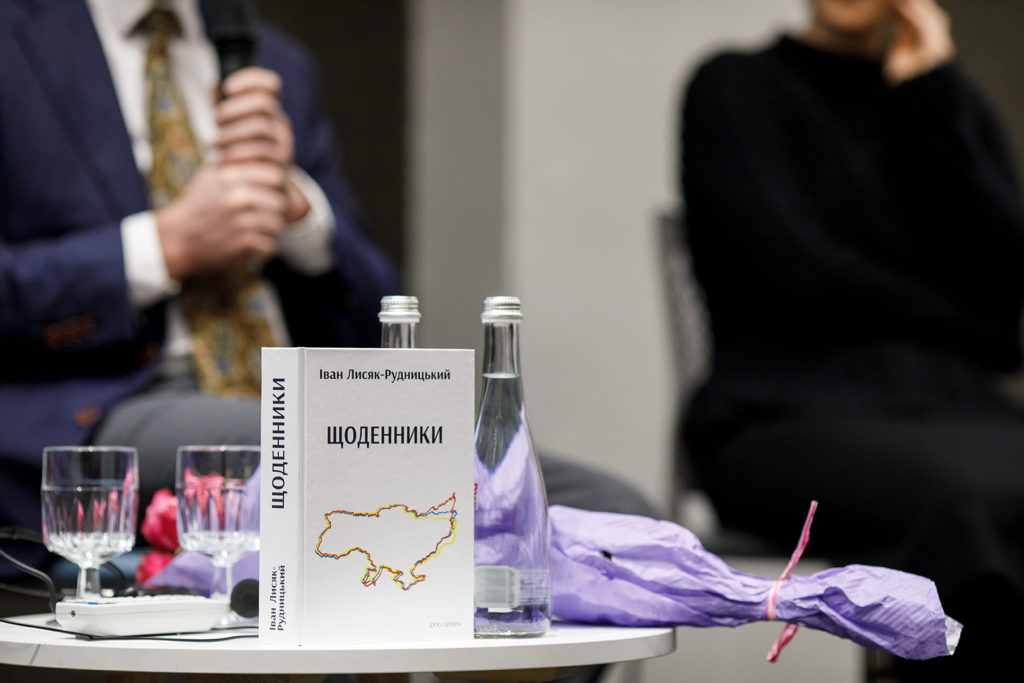 Prof. Hrytsak himself explained how Ivan Lysiak-Rudnytskyi through his whole live strove to be a simple scholar who “sits in an office and writes articles. But he didn’t succeed – adventures always found him.” He was the only Ukrainian historian to appear on the front page of “The New York Times.” This happened because he found himself in the middle of a sensational story. Unhappy that an unknown lady fellow passenger on a bus was playing loud music, Lysiak-Rudnytskyi made a comment. After her protests, he went to inform the driver, and then, without restraint… he broke his neighbor’s radio. The scholar was immediately arrested, and his photo appeared with the caption “Ivan the Terrible.” A collection was started for Rudnytskyi’s defense in America. It paid for a lawyer and…  he won the case. In addition, in some states a law was passed forbidding listening to the radio without headphones. 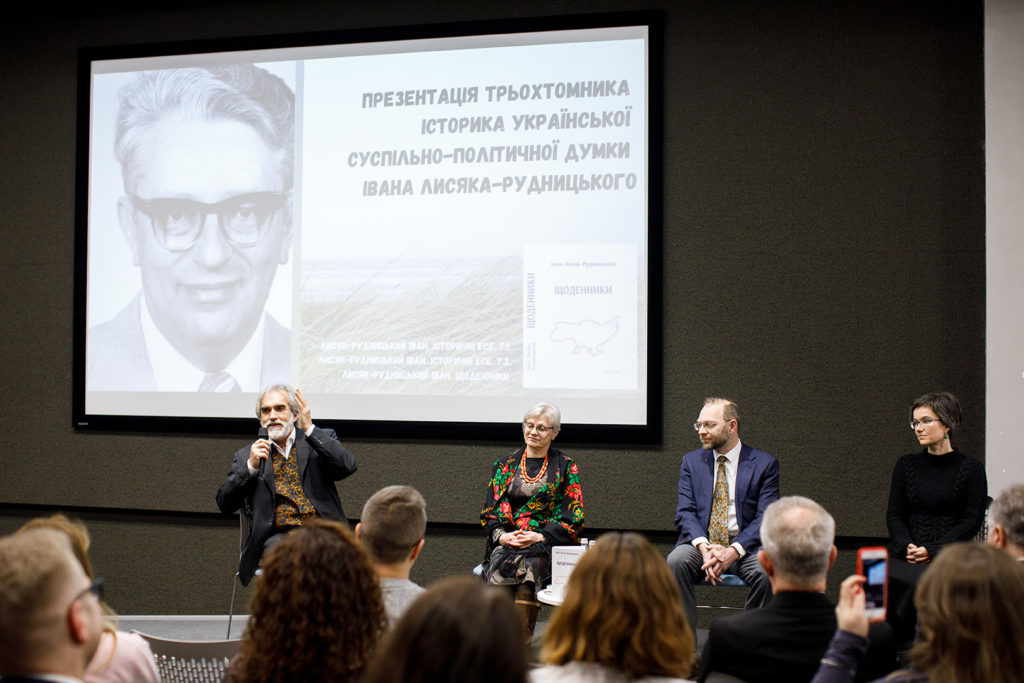 “Rudnytskyi’s biography contains countless funny stories like this. Nevertheless, he became one of the most influential Ukrainian historians of the 20th century. His diaries remained untouched for 15 years, because his wife limited access to them. After her death, the project of publishing these manuscripts started, an opportunity to reveal the ‘internal workshop’ of this brilliant scholar. So I encourage reading them,” Yaroslav Hrytsak summarized. 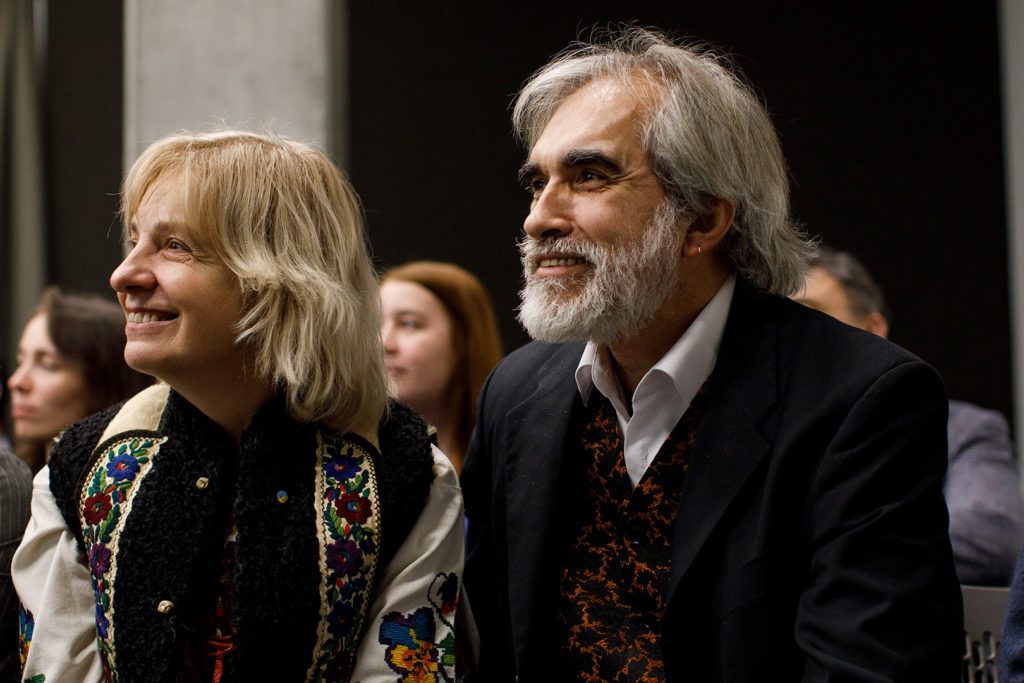 In total, 17 diaries of Ivan Lysiak-Rudnytskyi were successfully organized and presented: very orderly in his youth and gradually chaotic in his older years, with reflections on his personal life and historical-political conditions. The editors also tried to preserve the scholar’s spelling, including his mistakes. The writings reveal a sincere and open portrait of Rudnytskyi, who wrote contemplatively; and so the fate of these manuscripts turned out differently. As the editors emphasize, their contribution has great significance for Ukrainian culture and history. 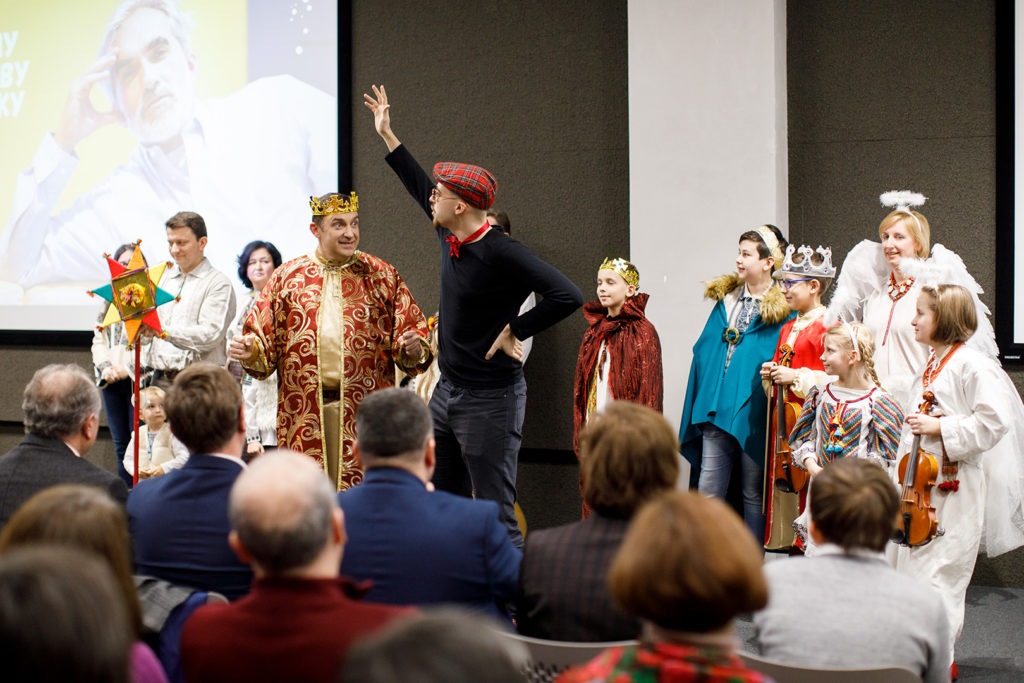 After a question and answer session and the official part of the program, those present watched the Christmas play of the group From House to House. Present at the evening were students and colleagues and the like-minded and friends of Yaroslav Hrytsak who came to greet him and support the publication of the diaries and essays of Lysiak-Rudnytskyi.  So, in advance Prof. Hrytsak asked that no gifts be brought. Instead, he asked for contributions to the doctoral scholarship in memory of his student and young colleague, Bohdan Solchanyk, an UCU professor and hero of the Heavenly Hundred. This endowment will provide an annual scholarship for an outstanding graduate student. Some $4,500 was collected. 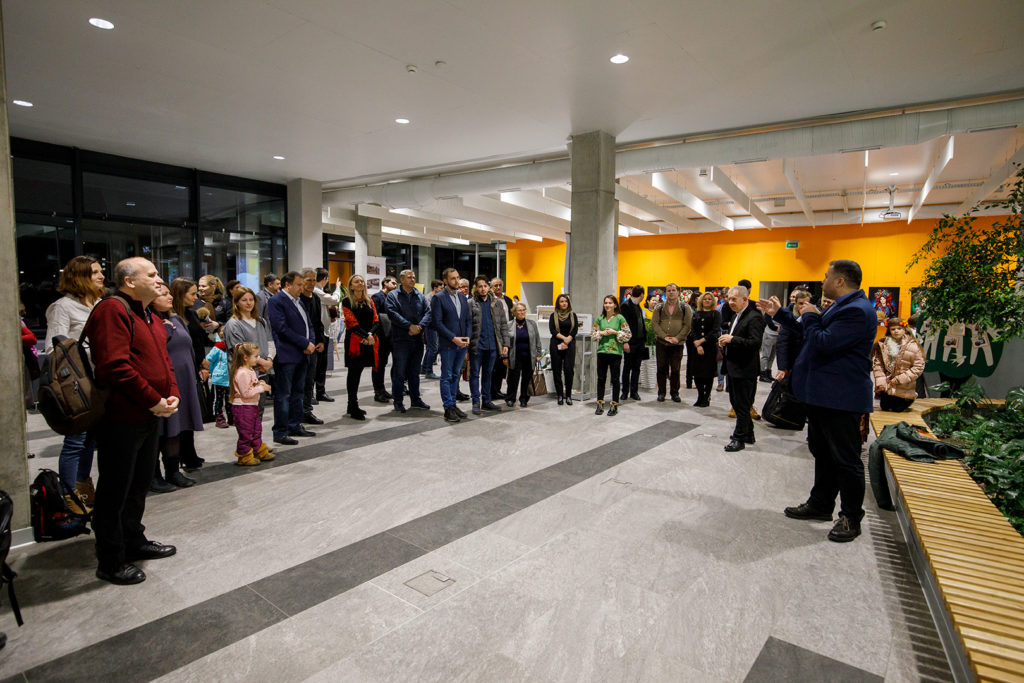 Note: Bohdan Solchanyk was a young poet, scholar, and UCU teacher who died from a sniper’s bullet on Kyiv’s Independence Square on 20 February 2014 during the Revolution of Dignity. Solchanyk was preparing to defend his dissertation, “Election practices in a small town of western Ukraine, 1965 to 2006.” From the first days of the Euromaidan, Bohdan Solchanyk was among those activists who in a peaceful manner stood up for their right to dignity and protested against the Yanukovych regime.

In memory of its teacher, in 2016 the Ukrainian Catholic University established the university’s first scholarship for study at UCU’s doctoral program. The Bohdan Solchanyk Doctoral Scholarship annually supports a top doctoral student who demonstrates high academic achievements, has published or prepared for publication scholarly articles in authoritative Ukrainian or foreign journals, and leads an active public scholarly and civic life; preference is given to students who use an interdisciplinary approach in their dissertation research.