Throughout the last week, the Ukraine House, part of the World Economic Forum in Davos, was a place of meeting for influential people from the whole world who talked about the attraction of investing in Ukraine, cooperation, and joint projects. UCU was represented there by Sophia Opatska, Vice Rector for Academic Affairs and Founding Dean of the Lviv Business School (LvBS), who took part in discussions about the character of a leader, and Daria Harnyk, a second-year student in the Ethics-Politics-Economics program, who volunteered at Davos this year. 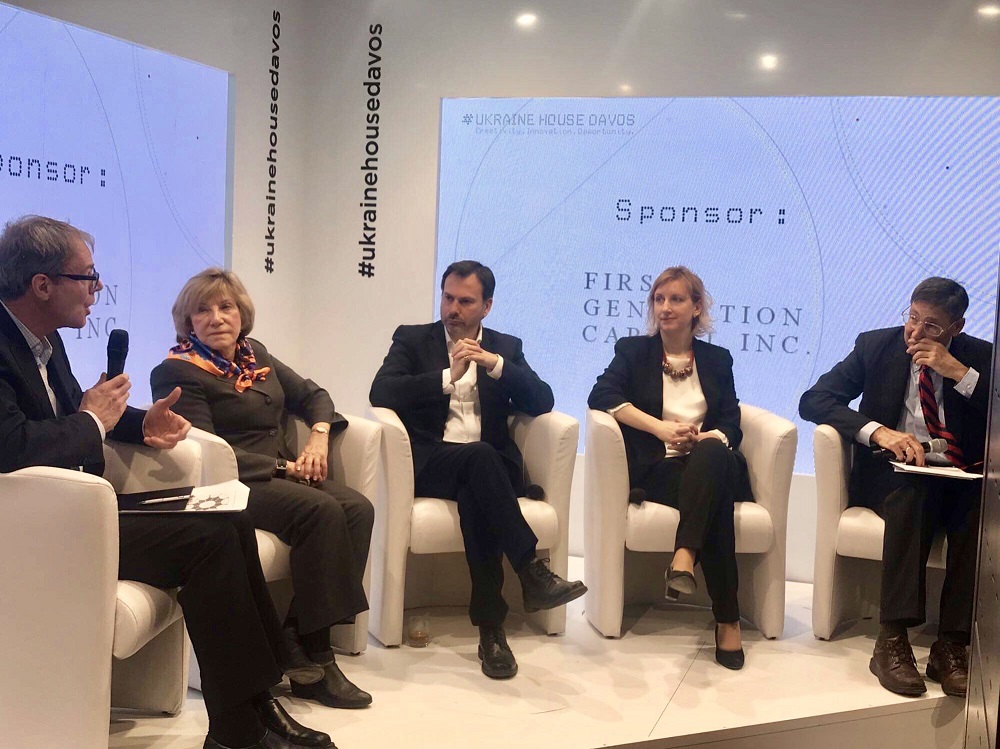 This is the second time the Davos Ukraine House was organized. Thanks to such a forum, Ukraine has an important opportunity to tell the world about itself.

“This was, you could say, a five-day festival to which many of those interested in investment in Ukraine came, and those already investing. At the panel discussions they analyzed the Ukrainian and global context. The task of the Ukraine House is to show Ukraine, its strong sides, how start-ups and creative industries are developing, “ explained Sophia Opatska, UCU’s Vice-Rector for Academic Affairs. “There were many conversations about talented youth: Are they developing properly? Do they have the necessary educational opportunity, above all in Ukraine? There was also talk about UCU, about the Ukrainian Leadership Academy and its role in forming youth.” 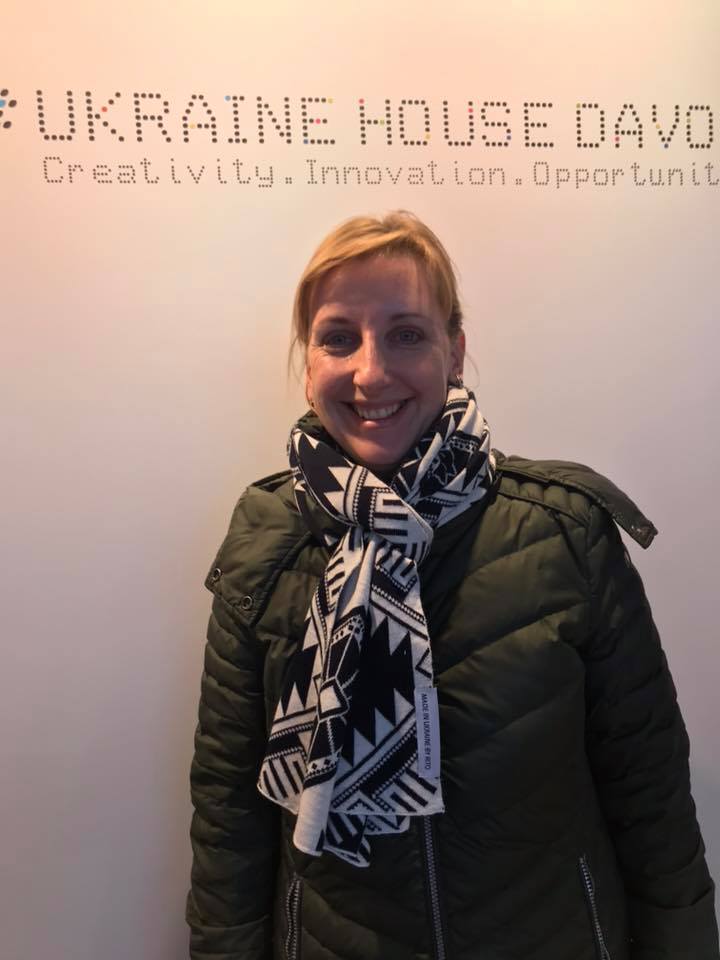 In addition to educational questions, they also spoke about digital literacy and cybersecurity. “Ukraine has specialists in this area, but the amount is absolutely too small. Certainly, in the nearest future the question of cybersecurity will rapidly develop, so the need for such experts will be very great,” said the vice-rector.

Sophia Opatska was one of the participants of the “Character of a Leader” discussion platform. Another participant was Gerard Seijts, Executive Director of the Ian O. Ihnatowycz Institute for Leadership of the Ivey Business School (Canada). Their leadership center and ours, at the LvBS, have long worked together and use these models.

“The Ivey Business School and the Lviv Business School have much in common. It’s another matter that Ivey can talk more about the global context and those challenges before leaders in North America. My role in this discussion platform is to bring in the Ukrainian context,” explained Sophia Opatska.

Also participating in the discussion of leadership problems were: Jaroslawa Johnson, President and CEO of the Western NIS Enterprise Fund (WNISEF); Simon Anholt, independent political consultant in questions of building a country’s national brand, national identity, and reputation; and moderator John Herbst, an American diplomat who was the fifth Ambassador of the USA to Ukraine (2003 – 2006) and director of the Atlantic Council’s Eurasia Center.

The full discussion can be viewed HERE, and a few important thoughts of Sophia Opatska on leadership follow:

Ukraine today is forced to defend its territory, and it is these moments of crisis that draw out the best from us. Especially after the Revolution of Dignity, Ukrainians (businessmen in particular) started thinking about a longer perspective and vision; they felt responsible for the country’s future. Ukrainian business became more involved in public discussions, in the life of civil society. Entrepreneurs understand that if they want to see more quality leaders at the head of the government, they themselves have to be quality leaders in their organizations. Clearly, a successful businessman is a successful leader with all the virtues of leadership, so, if you are focused on global partnership, you need to have skills in collaboration, etc.

The focus and priorities of Ukrainian businessmen who study at LvBS tend to change. They start thinking not only about increasing today’s profits but also about concepts, content, about what will happen tomorrow. And their attitude to competition changes: this is important, and the results are more effective when it happens with cooperation and collaboration. For example, before the launch of the MSc in Technology Management program, LvBS stakeholders, managers of IT companies, did not imagine what it is to give employees the possibility to study in one classroom with competitors, for there was a risk that people would change their employers. But, in time, they came to understand that they need managers of an international standard, quality education is needed, and the companies themselves started uniting and created clusters and associations that helped strengthen the development of this field in Ukraine.

Business leaders in Ukraine need to understand that simply a “pretty package” is not enough, quality p.r. Leadership needs to be responsible, making more and more difficult decisions, the ability to negotiate. It’s also necessary to understand that values involve customers, them, and business owners. And it is important not only to declare values but to live them, which in conditions of crisis is much more difficult. Ukrainians need to overcome paternalistic expectations and take responsibility for themselves. In particular, at the Ukrainian Catholic University an important point is integrating service learning in the education of students. This forms social responsibility thanks to practices of social service. UCU is ready to share its experience with other educational institutions, for the more universities have this practice, the better it will be for Ukraine.

Our student was at the Davos Ukraine House, a second-year student in the bachelor’s program Ethics-Politics-Economics and participant in the Ukrainian Leadership Academy, Daria Harnyk. She was one of eight volunteers from Ukraine who ended up at Davos. 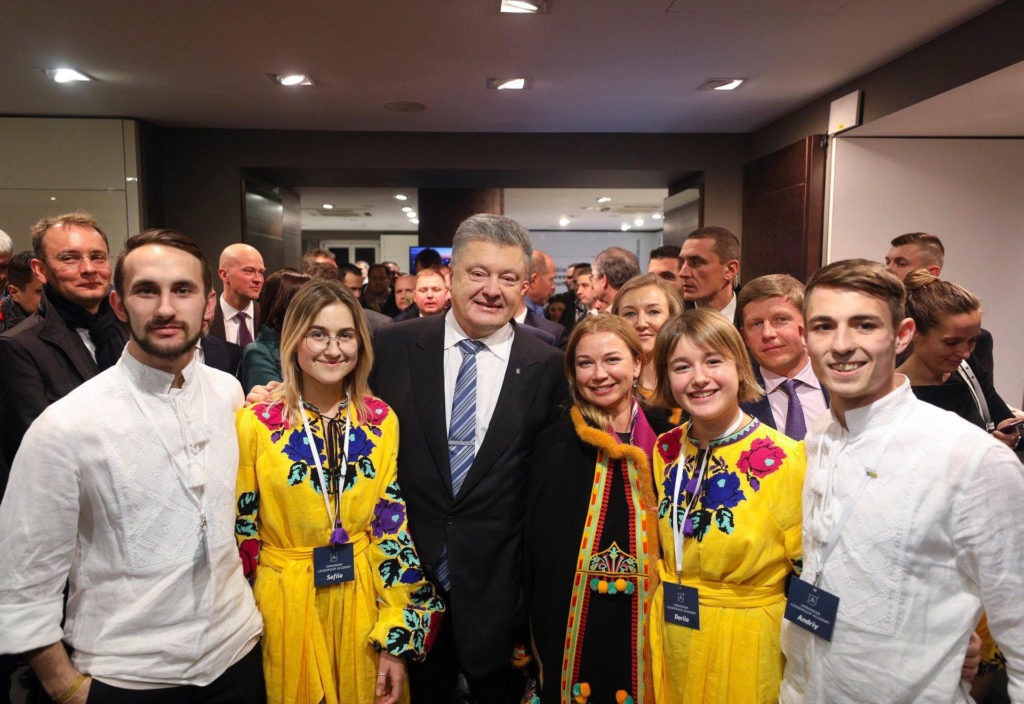 There were many obligations: from working in the coat-check and preparing the room for discussions to helping direct guests and responding to their questions. When there was a free moment, I also tried to listen to what was said at discussions, and was pleased to see at one of them UCU Vice-Rector Sophia Opatska, who spoke about the experience of the Ukrainian Catholic University. Then I thought: ‘Wow, cool. I’m at Davos and they’re talking about UCU here,’” explained Daria Harnyk.

According to Harnyk, a great amount of people visited the Ukraine Home, and many were “white badges,” that is, the forum’s most eminent participants.

“Truly, for me, volunteering at Davos was an experience of contrasts. For not long before, I spent a few weeks in Portugal in a hippie community that was absolutely separated from the sociopolitical and economic context of life. Then here for a week I was brought into the center of everything in the world of ideas, global and national problems. I understood that this was a different experience, very close to me, because it talked about a certain responsibility as the citizen of a country. And then, after Davos, a new dream arose, to become, in the future, a person with a ‘white badge,’ for studying at UCU, particularly at the Ethics-Politics-Economics program, provides all the pre-requisites for it. So there’s much work ahead for me,” said the student. 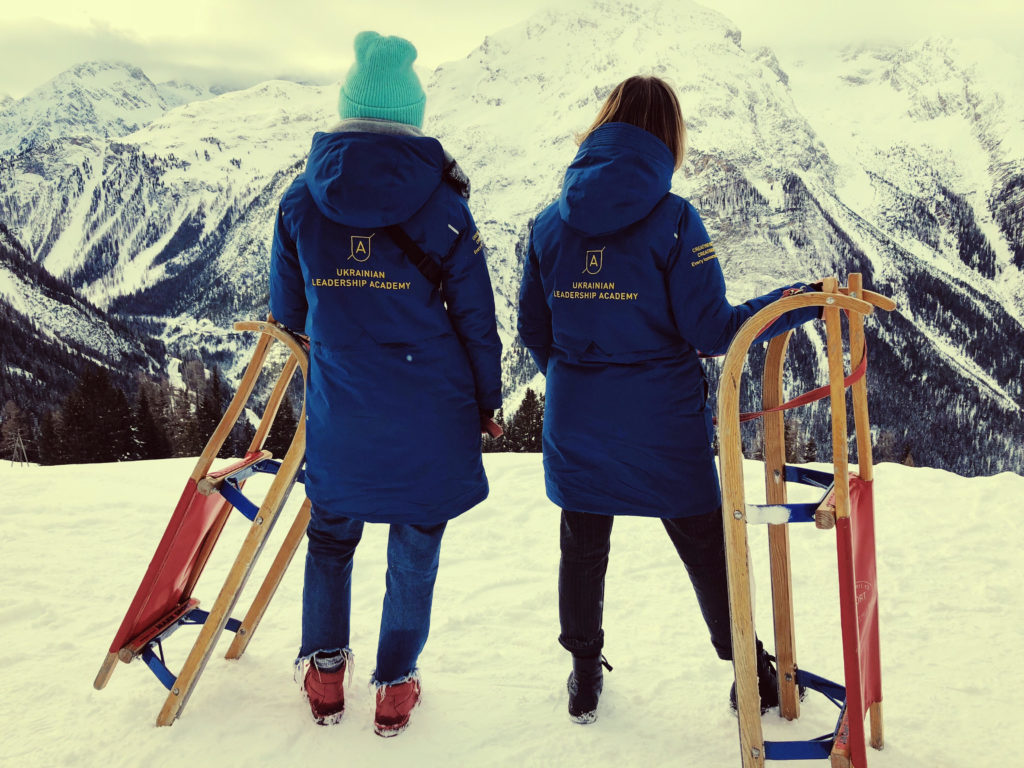