Oleksandra Stasiuk, a first-year student in the Computer Sciences Program of the Applied Sciences Faculty of the Ukrainian Catholic University (UCU), won an award in a writing contest sponsored by the cultural initiative Bokmal. There were 348 contestants and Stasiuk was one of 10 winners.

In October 2020, Bokmal launched a writing contest of artistic texts for writers from 12 to 19 years old. According to the contest organizers, the goal of the contest is to support talented youth and develop the culture of reading in Ukraine. 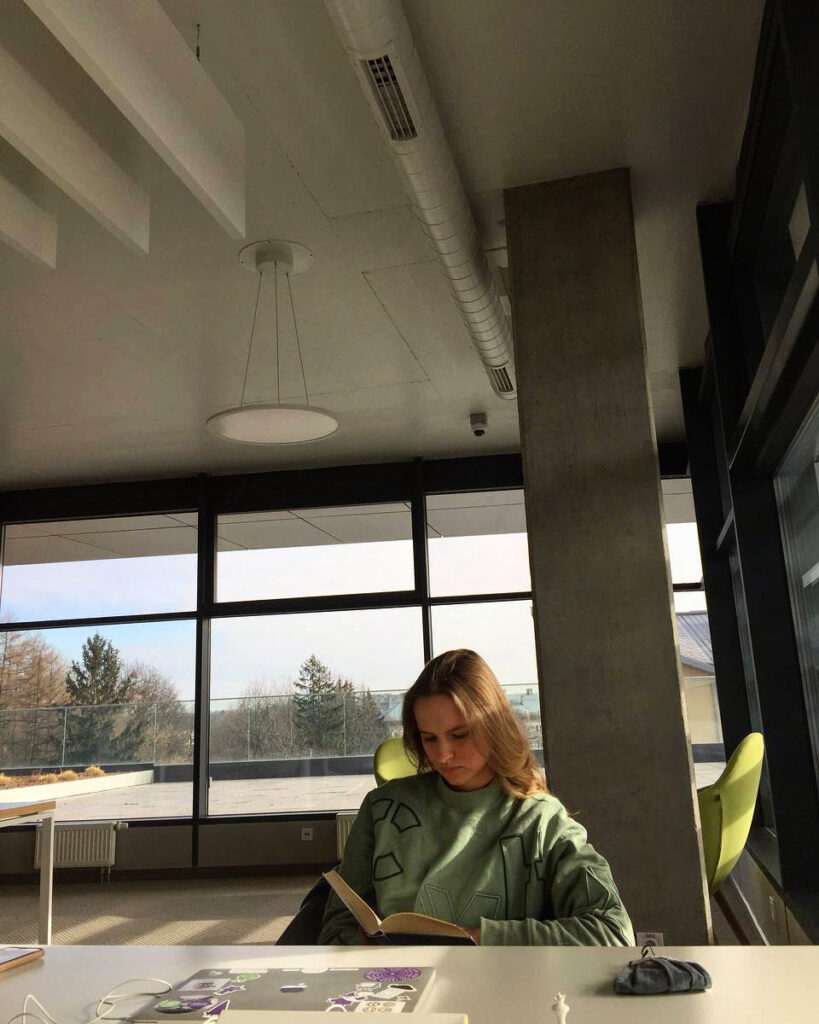 Stasiuk has written poetry since she was 12 and prose since she was 10. She submitted two poems for the contest, one of which was called “A mathematically-intimate lyric.”

“I always write in one breath, so the poems were written, I think, in a few minutes,” said Stasiuk. “I submitted them for the contest and forgot about the judging. But when I found out, I was pleasantly surprised.”

The winners will be published in the online Bokmal publication, receive books from the Pabulum Press and tickets to all events of the Artistic Arsenal for a year, and also participate in this year’s Book Arsenal.