In fall 2017, the ceremony of consecrating and opening the newly-built Metropolitan Andrey Sheptytsky Center of the Ukrainian Catholic University will take place. The Sheptytsky Center will be an intellectual meeting place for people from all over the city, a place of intersection for people from various cultural, scholarly, and artistic environments. Discussions will be held here, contemporary musical groups will perform, and foreign and Ukrainian experts will give lectures. The first exhibit is very special, “Sheptytsky among us.” The director of the center, Oleh Yaskiv, here recounts how the metropolitan can speak to today’s youth through an untraditional exhibit and can perhaps become a motivator to be followed. 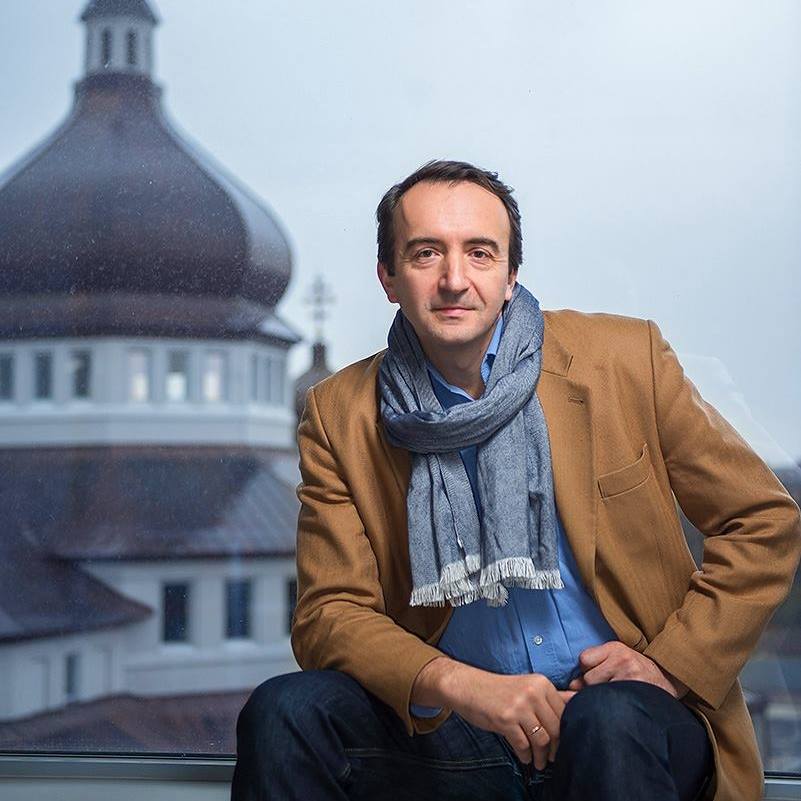 What is the main idea of the exhibit and who developed it?

Inasmuch as we are naming the center after Andrey Sheptytsky, in order to symbolically continue his life, the first exhibit will also be dedicated to his life and activities. The idea for the exhibit arose as a continuation of the concept of the Metropolitan Andrey Sheptytsky Center itself. Here an educational mission will be carried out; this was always an important part of the metropolitan’s life.

Some of the best historians and researchers into Sheptytsky’s life and other scholars and artists joined the working group that developed the concept. A noted researcher of Sheptytsky’s life, historian Liliana Hentosh, is involved with thematic content. The director of the Central Archive of the City of Lviv, Oksana Hayova, is preparing media materials. Two contemporary artists, author of modern performance art and installations Vlodko Kaufman and modern video artist Sergiy Petlyuk, are preparing the visual art component.

From the architectural point of view, the location of the center’s exhibition area makes it rather difficult to conduct traditional exhibits: glass and an open horizon surround it. So it will not have exhibits on walls, where photos will hang behind glass or exhibition items will stand on structures. The modern quality of the building encourages a modern approach to exhibits. It will be artistic, using various types of multimedia – video, audio, installation, and artifacts.

The external part of the exhibit will reflect interesting facts from the metropolitan’s life. The internal part gives the person a face-to-face meeting with Sheptytsky. The exhibit itself will be called “Ecce Homo” (behold, the human being), from the name of a painting by Adam Chmielowski that Sheptytsky himself commissioned, one of his favorites. It will be part of the exposition. There are many interesting details that I will not reveal before the opening, to maintain a certain intrigue.

What was the principle used to formulate the content part of the exhibit? Will these be facts known to few? What audience are you aiming at?

The content part of the exhibit will contain four key areas from the metropolitan’s life: culture, society, politics, and religion. All four sections will be enlightened by important quotes or texts that illustrate Sheptytsky’s role. This will all be supported by audio and video materials from the chronicles of events in which the metropolitan participated. Sometimes it will be possible to hear his voice, to see film clips. On the outside, the exhibit will be framed with the most important dates from Sheptytsky’s life.

Not overwhelming with content, the exhibit will be interesting for intellectuals, accessible to youth, and new for the general public.

Researchers and historians know the most important facts about the metropolitan’s life. Intellectuals know a little less, and youth even less. For the general public, almost everything will be new, because they don’t know details. So, likely everyone will find something interesting.

Music will accompany the exhibit. This will focus attention on reading and hearing Sheptytsky. The team is now working together with composer Sviatoslav Lunyov, who wrote the music for the project “Shadows of Forgotten Ancestors.” It is expected that this will be music with a meditative, heavenly character with modernized religious motifs. 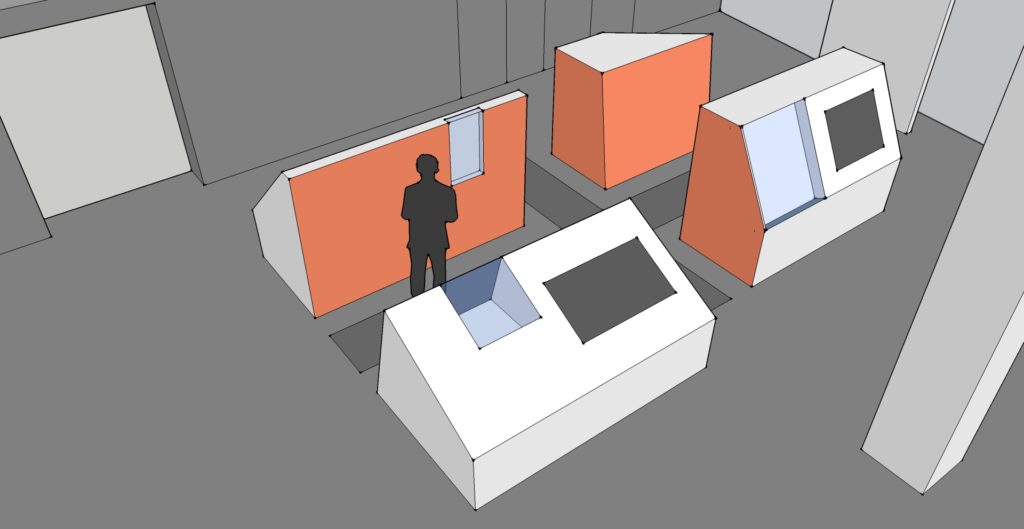 Metropolitan Andrey Sheptytsky was a fairly modern personality in religious circles. He knew how to find a balance between conservatives and modernists. Will this be reflected in some way in the exhibit?

We want to bring Sheptytsky closer to people, in particular in the “Culture” section. He financially supported many artists. Quotations will reflect his generosity, organizational talent, desire to educate, and foresight.

Yes, truly, in religious circles he was a fairly free person, who thought globally. This was a person of global scale. Ukrainians do not have so many figures like this, whom they can show to other peoples and present as an example of someone who can in such an exceptionally difficult situation maintain human dignity and serve his own people, who can reconcile extremes. In this area he was modern, but in his understanding of modern art he remained conservative. Paradoxically, though remaining a traditionalist in his life, he supported modernists. He gave scholarships to artists Oleksa Novakivsky and Mykhaylo Boychuk. Seeing talent, Sheptytsky did not worry if the young man painted what the metropolitan himself liked, but, above all, he felt a need to help. And in this he was unsurpassed. He stood outside of his times. 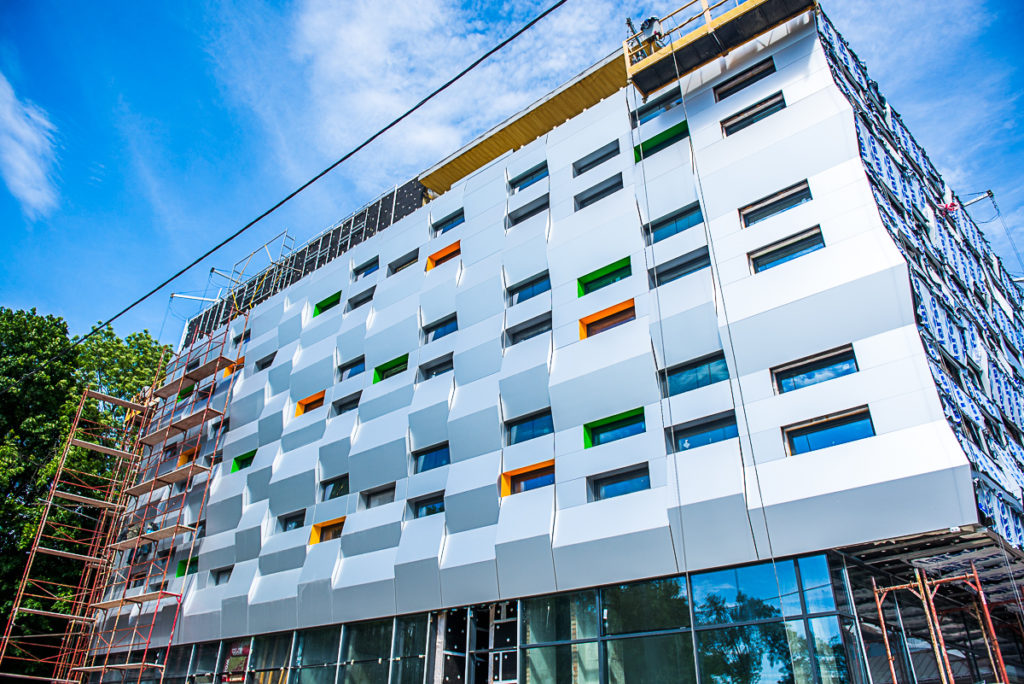 How would you underline the mission of this exhibit? What does it have to say to youth?

The exhibit should present Sheptytsky as a person close to youth. It should remove “the bronze plaque” in front of him and show simple things about him that you can empathize with, his pains, weaknesses, sufferings. It should put him right in the middle of the center, not only in name but also in the essence of this building. Yes, we live with gadgets of the 21st century, but Sheptytsky is here among us. He teaches us. We read his words and they influence us. The 100 years that separate us will disappear. He is a living person whom we can take as a model, so we can be useful and a great figure for our people.

So, would you like this exhibit to stimulate the imitation of Sheptytsky?

Of course, we’d like that. I always dream that, of the exhibit’s thousands of visitors, it would be decisive in someone’s life, that someone would make some life-changing decision, come in as one person and leave as another. Perhaps this will happen. But for the majority, this will be an acquaintance with Sheptytsky, an opportunity to feel that the metropolitan is among us.

When does the exhibit open and how long will it last?

The exhibit opens on 10 September on the occasion of the opening of the Metropolitan Andrey Sheptytsky Center at the Ukrainian Catholic University. It will last 3-4 months, until winter. Later there will be another exhibit or an area of book presentations.