I write to you as the former prisoner of consience, who as a young man spent ten years (1977-1987) in Brezhnyev’s times in the Soviet GULag. My “crime”, for which I was worthy of the high title “especially dangerous criminal” was due to the fact that I was one of the cofounders of the Ukrainian Helsinki Human Rights Group. Soon after my release, I witnessed the dissolution of the Soviet Union, which became for today’s leader of Russia “the greatest geopolitical catastrophe of XX century”, but for us, non-Russian free of communism nations – the longed-for emancipation.

Soon after 1991, Ukraine and Russia went in different directions: Ukraine started to track the path to European future, overcoming its communist trauma, but Russia – into its own totalitarian past. Putin proposed his authoritarian model as the only possible one for the eastern Slavic nations, and thus the model of Ukrainian democracy was becoming intolerable for Russia. We had the feeling: no good will come out of this.

Putin had one more motive to do away with Ukraine. He objected publicly and unceremoniously national identity of Ukrainians and subjectivity of our state. Revival of Russian empire became his idée fixe as the empire is impossible without Ukraine. After Peter I and Catherine II its historical and religious legitimacy remains exactly in the city of Kyiv.

On the 24th of February of this year, Volodymyr Putin started the realization of both of these intentions breaking out a criminal war against Ukraine. After the Second World War, Europe proclaimed: “Never again!” Today Putin realized his threat: “We may repeat!” and made Europe to experience horrors similar to those of the Second World War. Ukraine suffers from rocket shootings that bring death to peaceful inhabitants, including children. The fight for the capital and other big cities along the whole border with Russia and the fierce land battles are going on. On the occupied territories, the occupant’s administration applies terror. Russian regime agrees for the humanitarian corridor, but when the civilians walk through them – they start shooting. In some places of Ukraine, Russian troops caused real humanitarian catastrophe. The goal is to force Ukrainians to surrender.

Russian propaganda roots in lie. It was Russia that threatened Ukraine, gathering the troops near its borders, but they blamed it on Ukraine and NATO. The Kremlin is constantly calling Ukraine a “fascist country”, though it was Putin regime that in the style of Hitler annexed Crimea and now the self-proclaimed “republics” in the east of Ukraine. The Kremlin propagandists and their television programmes around the world were accusing Ukraine of persecution of Russian-speaking inhabitants in the east of Ukraine. But it is Russia that kills Russian-speaking inhabitants, making them experience horrible sufferings. 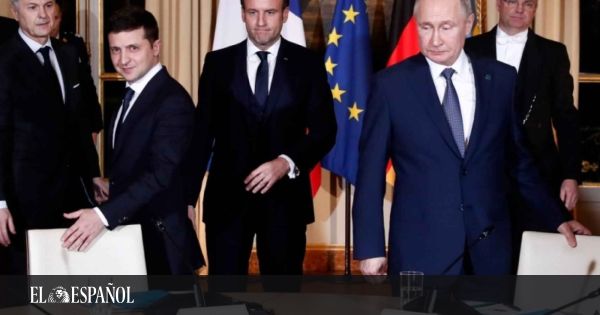 Arrogant dictators always underestimate their opponents. Putin thought that Ukraine will fall as a cardhouse, and Russian troops will occupy Kyiv in two hours. Today, when I write these words, the 13th day of this war passes by, and all the main cities of Ukraine that the Kremlin infringed are not subdued. The Ukrainian nation that earlier had discrepancies concerning which geopolitical direction to choose: European or Russian, is today incredibly united by the strife to protect themselves from uninvited “protectors” that sow death.

Today’s moment is incredibly difficult for Ukraine, though the outcomes of Russian war can already be felt by all the inhabitants of Europe and the world. We are grateful to all of you for the military and humanitarian help that assists us in defending our country effectively. We are grateful that you host our refugees.

However, it is also important to realize that you are not simply helping Ukraine to defend itself. You are helping to defend the just international order. The regime of Putin proved to be criminal. There is no international agreement that he did not break today. The Kremlin has broken the basis of international order and this order cannot be restored with the current regime in Russia. Only the collapse of this regime and International Tribunal over the committed crimes could cleanse the world from the evil it caused.