There are two things we in Ukraine are preoccupied most these days: victory in the war and the future reconstruction and transformation of Ukraine. We want to share a few reflections which are shaped by these two major concerns which define our present day thinking, decision making, actions, communications, fighting, and praying.

On February 24th I was woken up by another Vice Rector of UCU, dissident Myrorslav Marynovych at 4:30 with the words “Sophia wake up. War has started.” I cannot imagine how Myroslav felt after his life story – being for 10 years in Gulags, witnessing the collapse of the Soviet Union and the rebirth of imperial Russia. 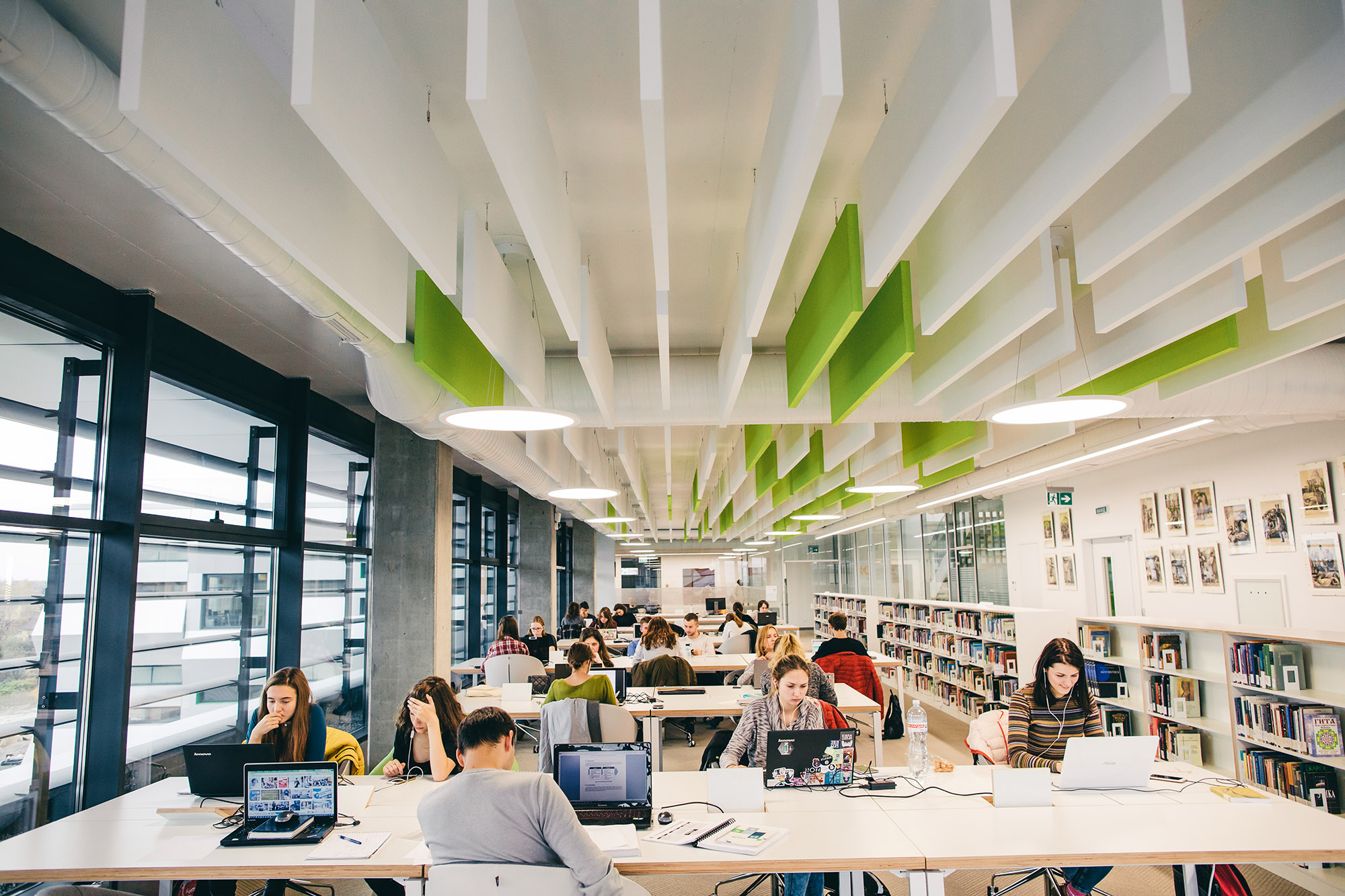 From the first days of war, every Ukrainian – including young students in the University – was focused on helping other people to survive. Over the four months of the war, UCU collected $3.44 million for humanitarian aid. Most of the funds were spent on medical supplies for hospitals and people in the combat zone. Approximately 10% of the money was spent to support internally displaced people, 9% on protective and safety equipment for our soldiers, and 7% on food aid. A huge number of initiatives were developed at UCU campus and among UCU Alumni. UCU Business school alumni started around 60 various initiatives. A group of UCU students has been involved in organising work at a shelter for people who have lost their homes. The shelter was established on the premises of the UCU Faculty of Theology and Philosophy at the start of the war. In its first three months, the shelter accepted 340 people, the majority of whom were people with disabilities and members of their families. It was the only shelter of this type in Lviv city. 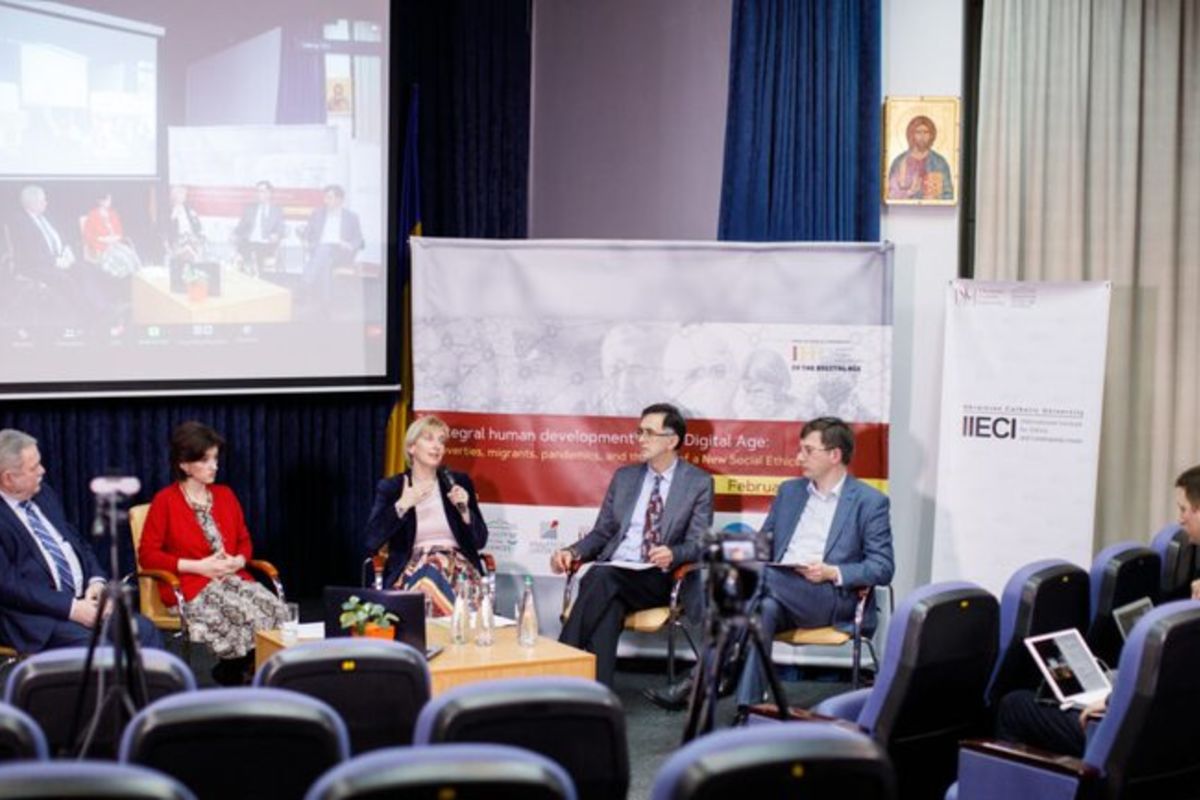 A number of courses shifted focus to persuading international companies to leave the Russian market for ethical reasons. As a result of using this service learning approach, both students and community benefited. As defined by Robert Sigmon, “service learning occurs when there is a balance between learning goals and service outcomes, each enhances the other for all participants”. In our case, we showed how to build a service approach that can help educational institutions in the context of short-term disruption and crises to continue fulfilling the primary role – educating students and also increasing the social impact and making education more meaningful for students. 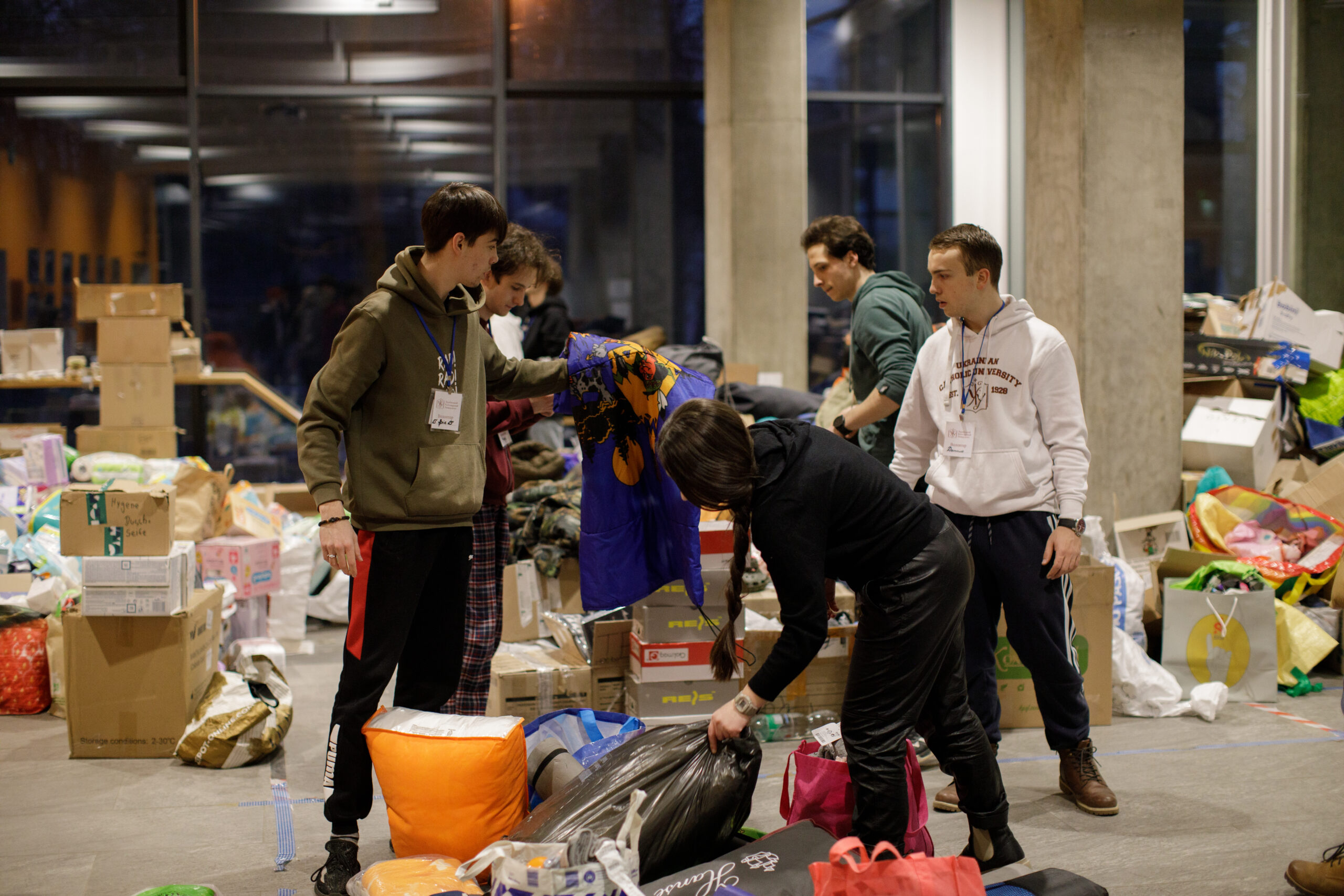 A free society is a moral achievement which cannot be achieved once and for all and forever. It requires everyone’s effort and commitment. It’s a kind of moral victory which is expected of everyone and all of us at all times. What is unfolding in Ukraine is a moral and spiritual combat for freedom and dignity. This is why our moral victory is of such importance for Ukraine, for Europe and for the world. 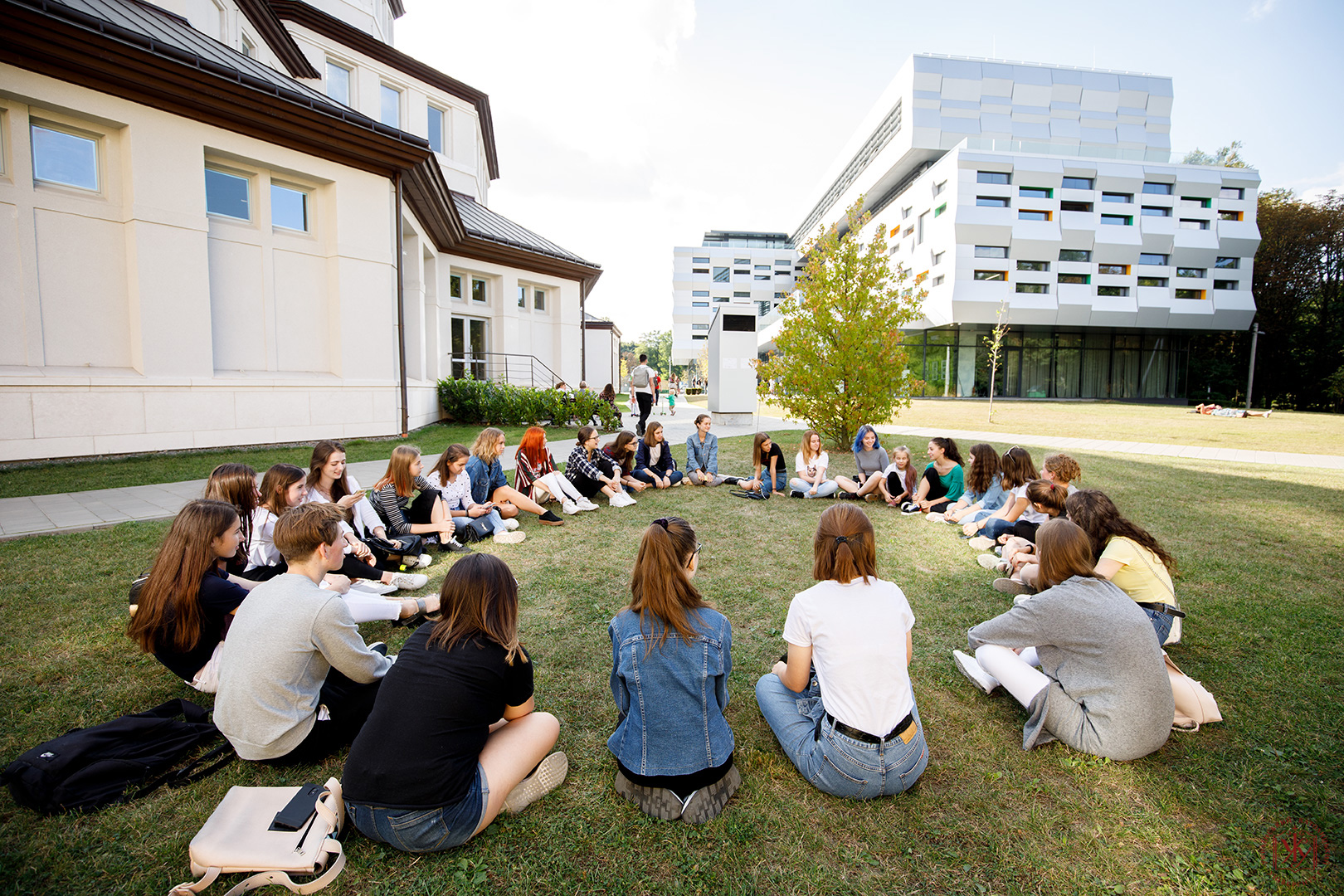 During these most dramatic trials for the Ukrainian people our perception of security has been evolving. It has shifted from ‘nothing bad will ever happen to me’ to a more mature ‘whatever terrible thing might happen I’ll be embraced by a network of solidarity and prayer’.

Security in the war time resides within the interpersonal network of solidarity, sacrifice, friendship, love and prayer. As never before, our sense of security is connected with awareness of standing on the side of what is good and just. In the times of insecurity and multiplying uncertainties to f irmly stand for the right and noble causes makes you feel more secure from a spiritual viewpoint. To put it in some simple words: whenever security doesn’t feel secure it’s because we succeeded in corrupting our relationships. This is why we are convinced our future also badly needs a new ethical infrastructure as well as a solidarity infrastructure. All three contours of the ethical, solidarity and security infrastructures are beginning to reveal themselves amidst the blood, pain and suffering  of the war. 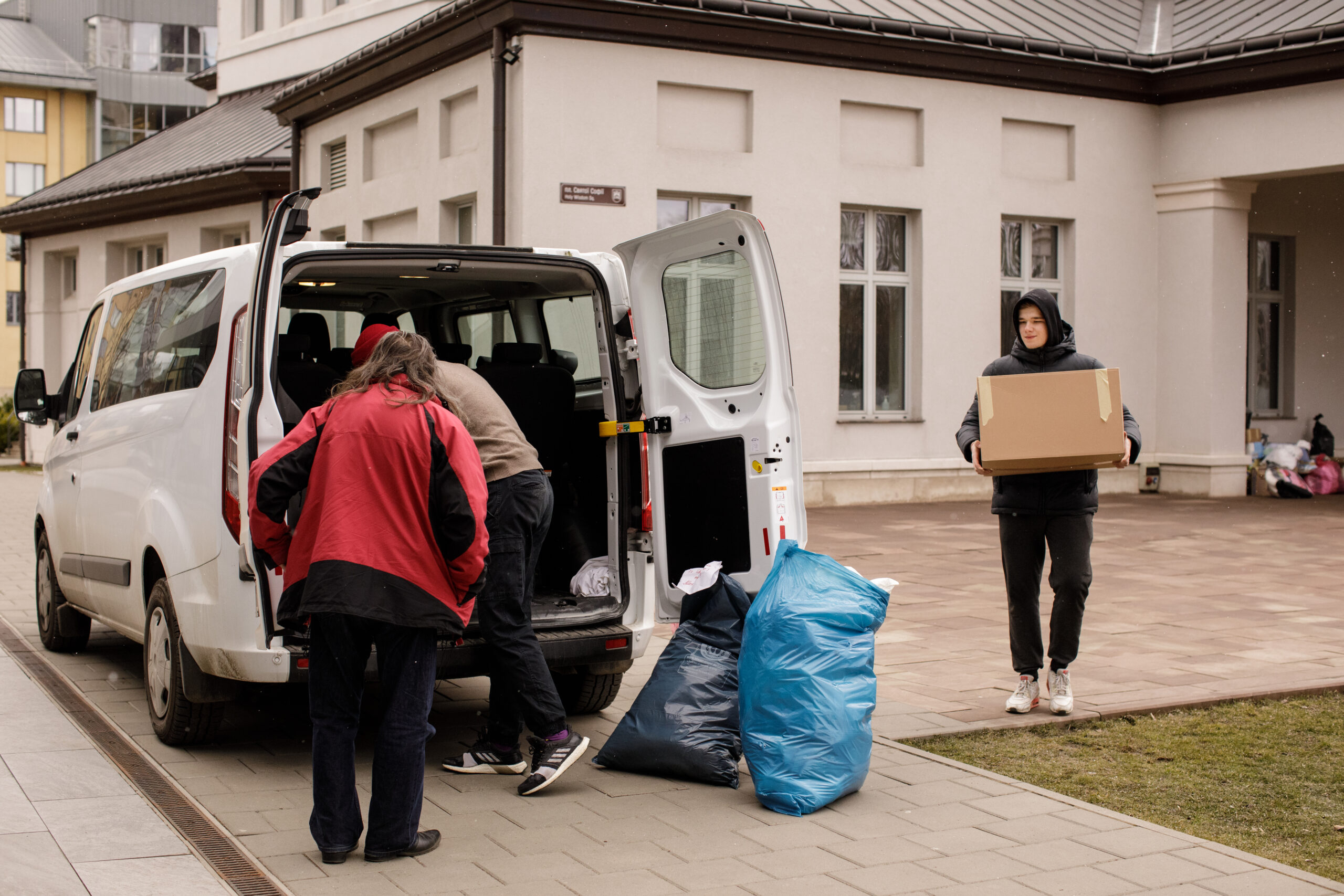 A Gift of Sacrifice

The new sense of normality we are experiencing during the war is related to the ultimacy of sacrifice along with its mysterious, life-giving and edifying power. At time of writing, we aware of eight people being killed on the front lines who belonged to the UCU family (whether as students, alumni or the close family members of our employees). The university campuses continue to remain under a threat of deadly missile attacks and bombardments by Russian forces. On Friday, July 15 at least 10 Russian missiles hit two universities in the southern city of Mykolaiv. This is just but one sad case in a terrifying series of strikes aimed at the Ukrainian universities since the February 24 invasion. 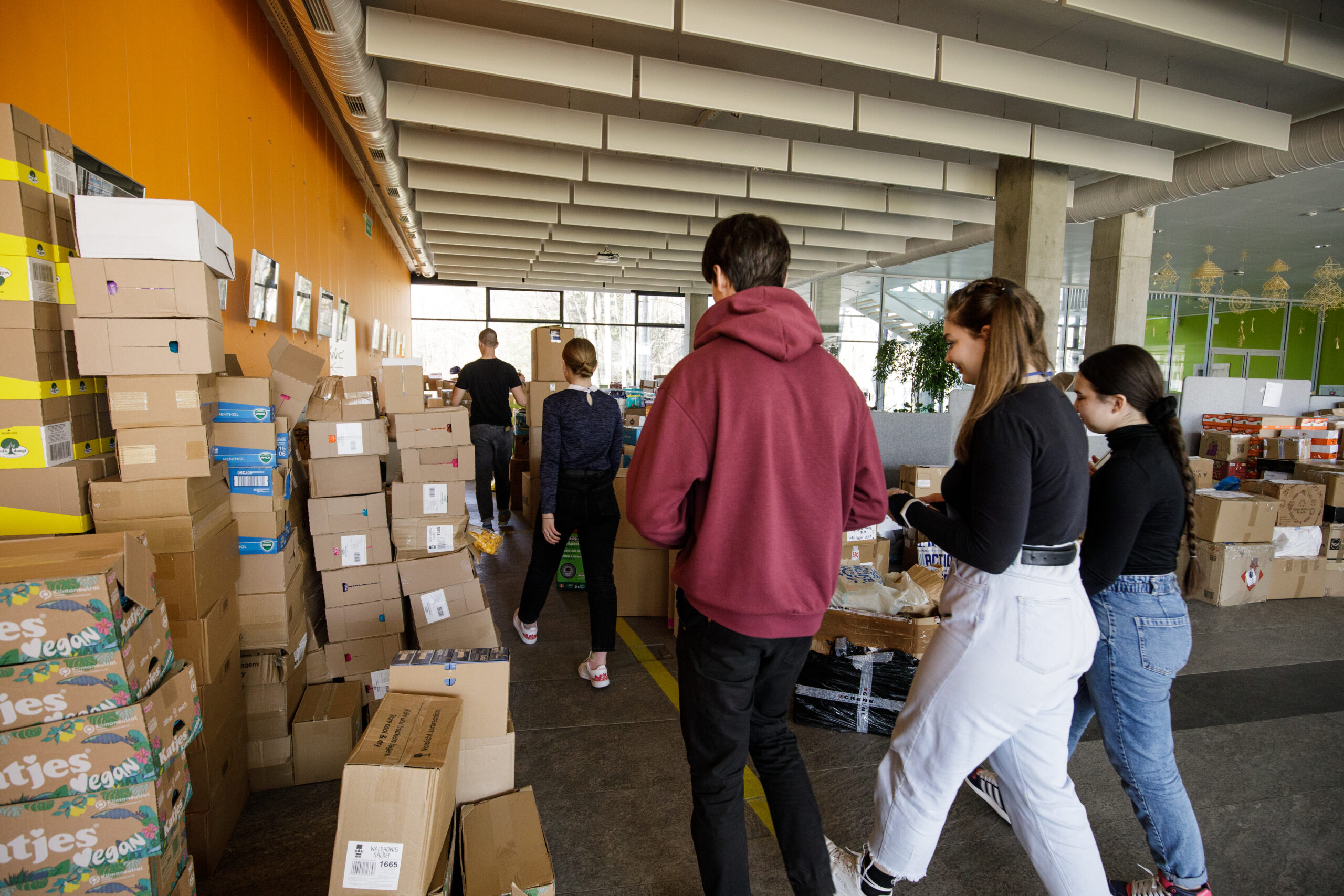 We firmly believe that the ultimate sacrifices made by our UCU colleagues, echoed by so many members of Ukrainian academia, are life and future-giving. The ultimacy and generosity of these gifts are meant to protect and to celebrate the beauty, richness and fullness of the lives of  the many.